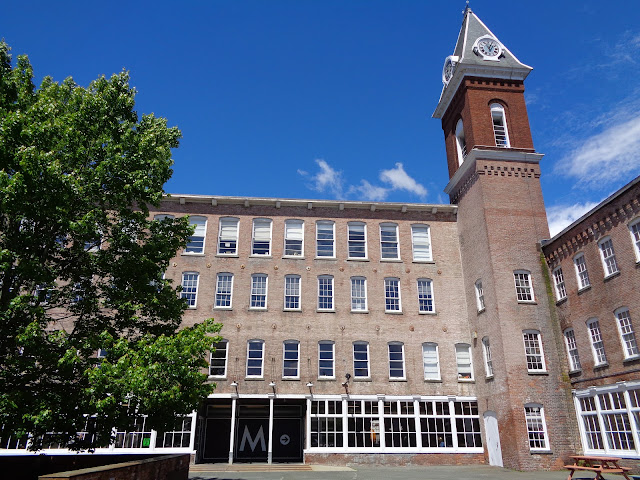 The Massachusetts Museum of Contemporary Art (MASS MoCA) opened in 1999 in a converted 19th century factory building complex in the run down mill town of North Adams. 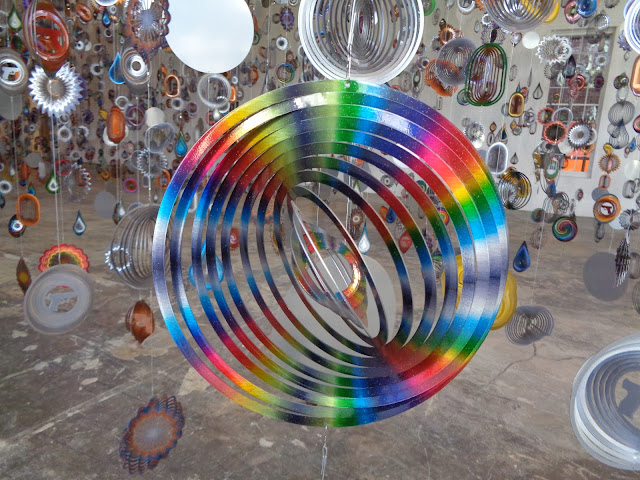 It began big -100,000 sq ft of exhibition space, & has grown bigger. A week ago it expanded again. With over 250,000 sq ft & 10 buildings of galleries, at 16 acres, it is now one of the largest  centres for contemporary visual art & performance in the US, & a magnet for international artists. 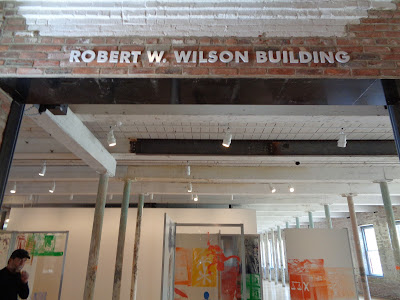 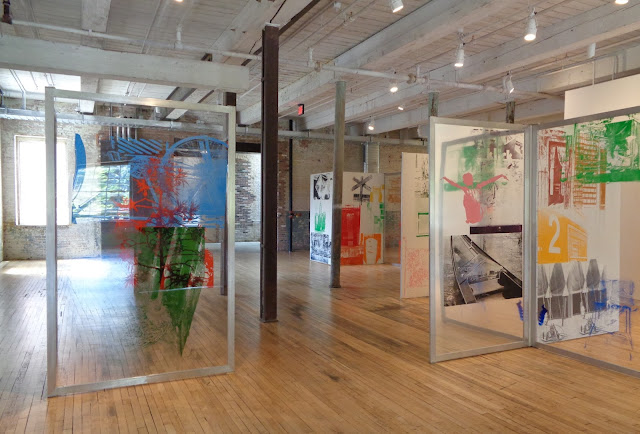 with another entire building given over to wall after wall of colourful Sol LeWitt.  What a joy. 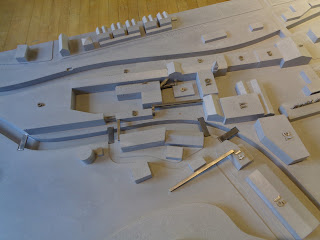 model of Mass MoCA's 15 buildings
The vast size of space is breathtaking. In the new building each floor is an acre. Total space is a 4 mile walk.  Beautifully developed, retaining the original wood floors, exposed brick, steel beams plus 100s of amazing rows of windows, even empty, the spaces are stunning. 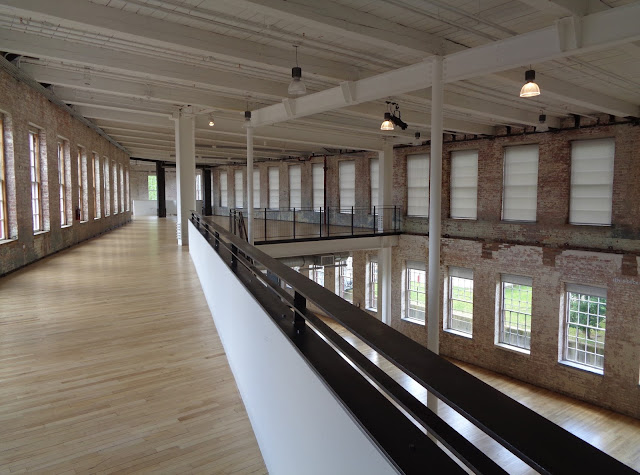 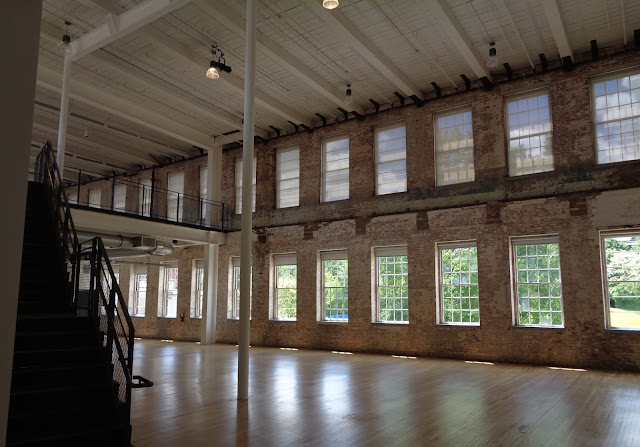 The current centrepiece is by Nick Cave, who uses MASS MoCA’s signature football field-sized space of Building 5 to memorable effect, 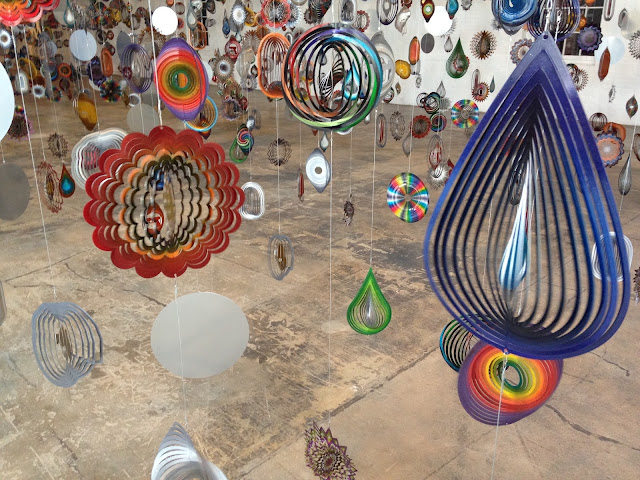 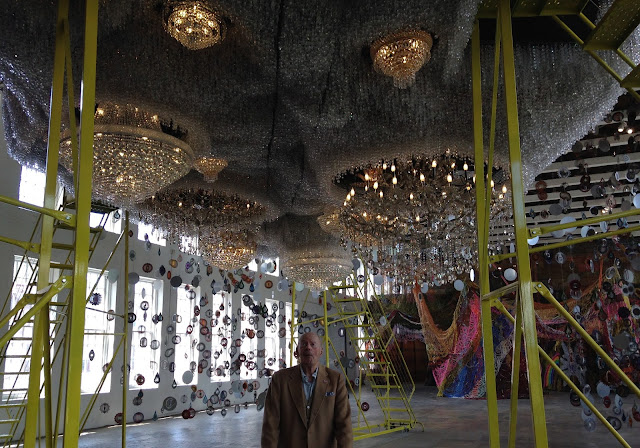 with at its centre a crystal cloud or 'crown' of glass chandeliers reached by 4 yellow ladders. 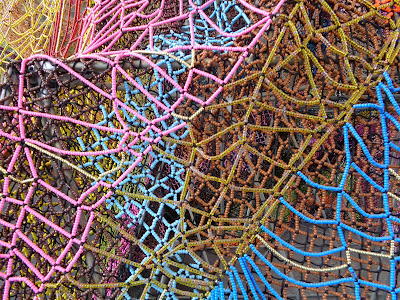 A series of giant 30ft draped nets of millions of beads woven into colourful pattern lead into a dark grotto of 14 stream dramatic videos. 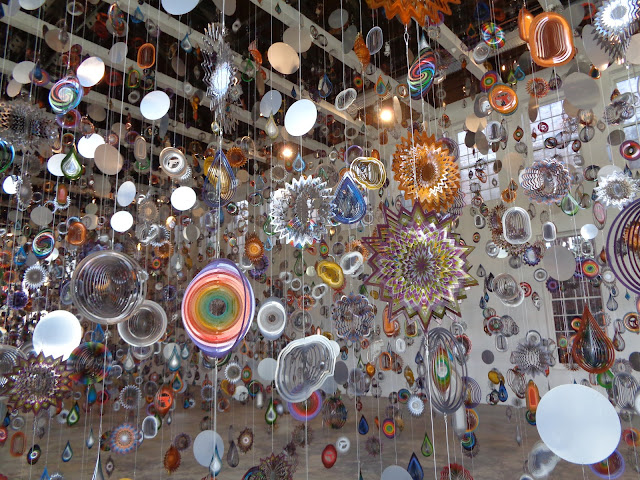 The allure of these dazzling kinetic playthings & lavish materials evokes a joyous, spirited, uplifting air, so despite the very occasional gun silhouette design glimpsed in the centre of the odd spinning circle, Cave's  political message is rather easy to overlook. So easy that I bet few noticed. 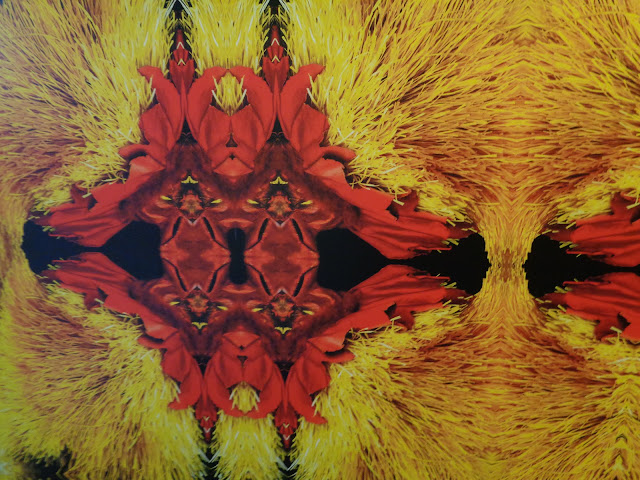 The title of this massive installation, Until ...comes from the legal “innocent until proven guilty. 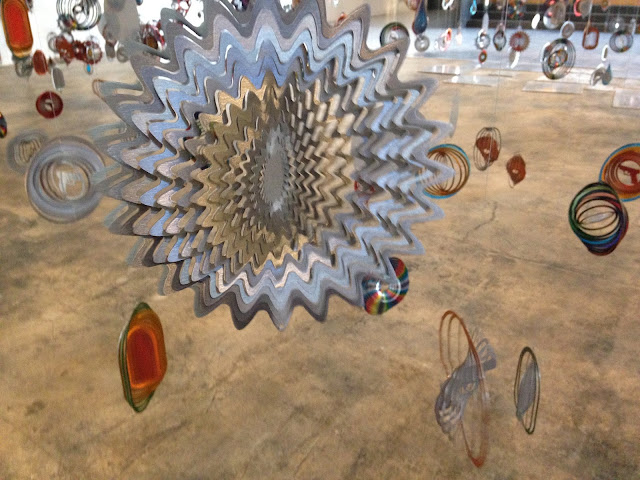 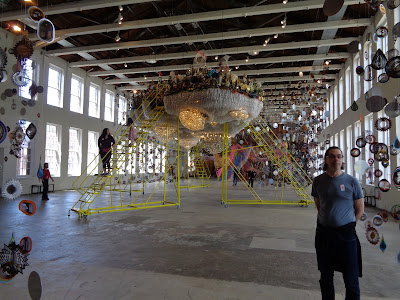 Now seen as embarrassing, humiliating & racist, Cave uses them to send a message. We didn't make the climb, few did, so unfortunately it was lost on us. 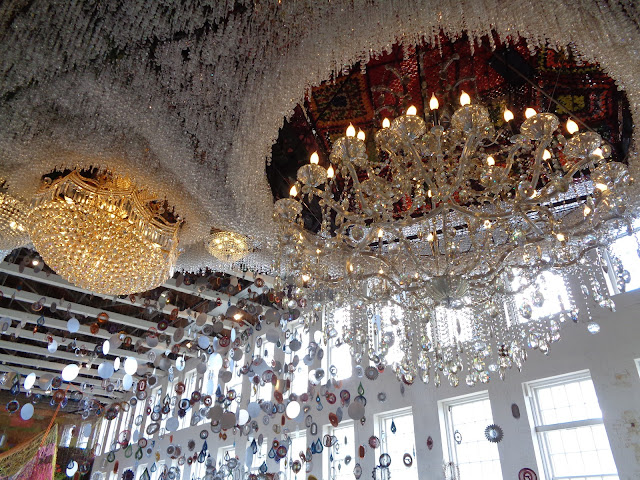 The beaded drapes are supposed to resemble military tents to evoke a sense of danger, but again their opulence disguises his message of discrimination & American gun violence.

The show is enormously entertaining. We loved it. 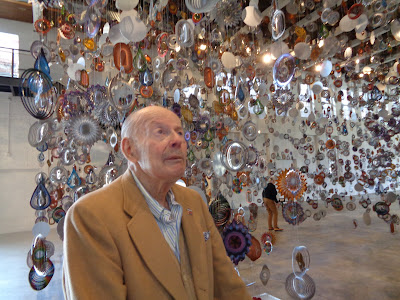 But it's sober side is lost among the fripperies. 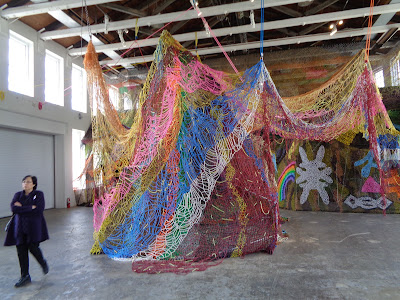 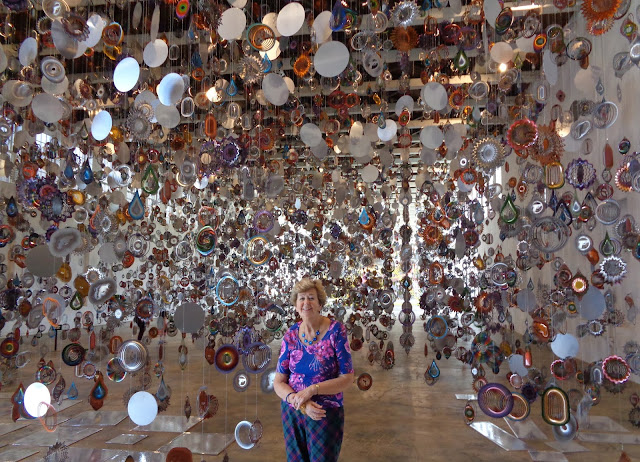 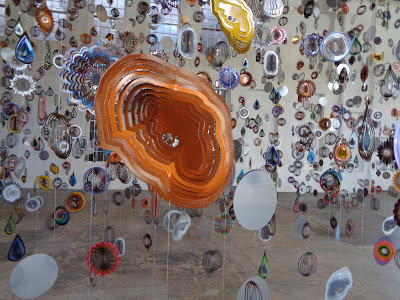 Cave's video room is great too 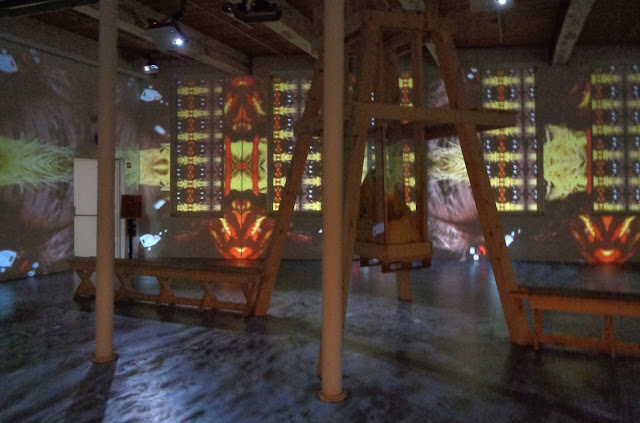