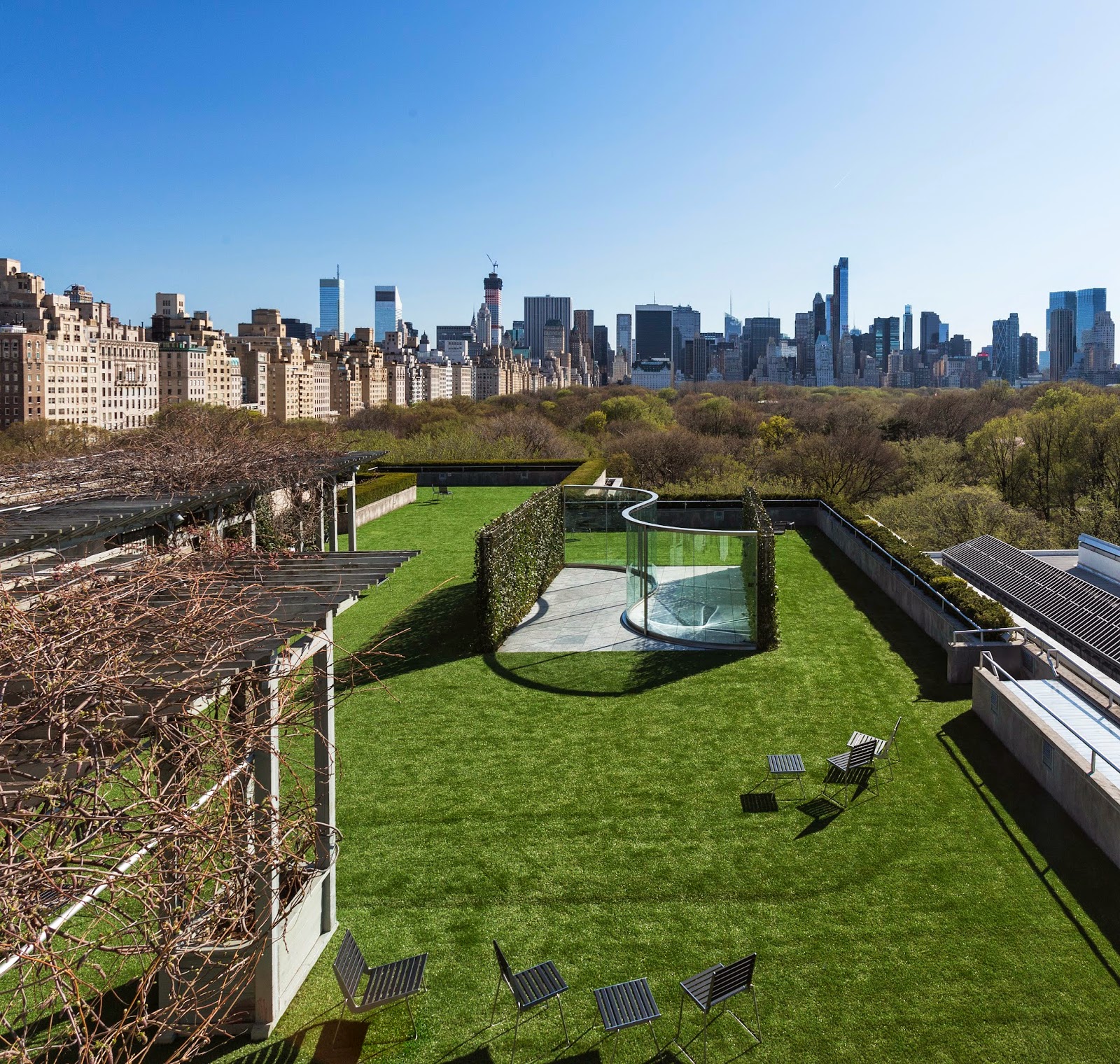 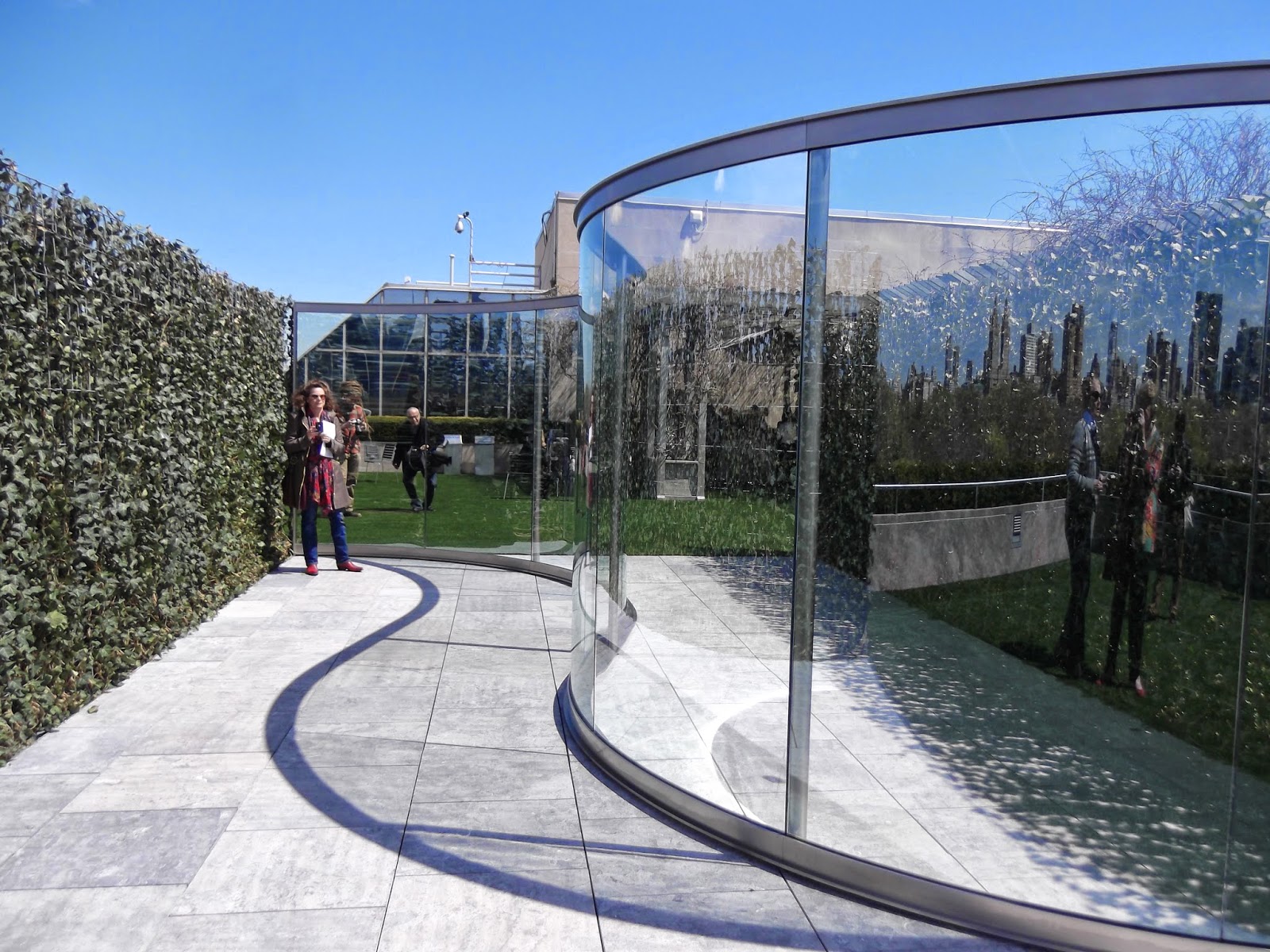 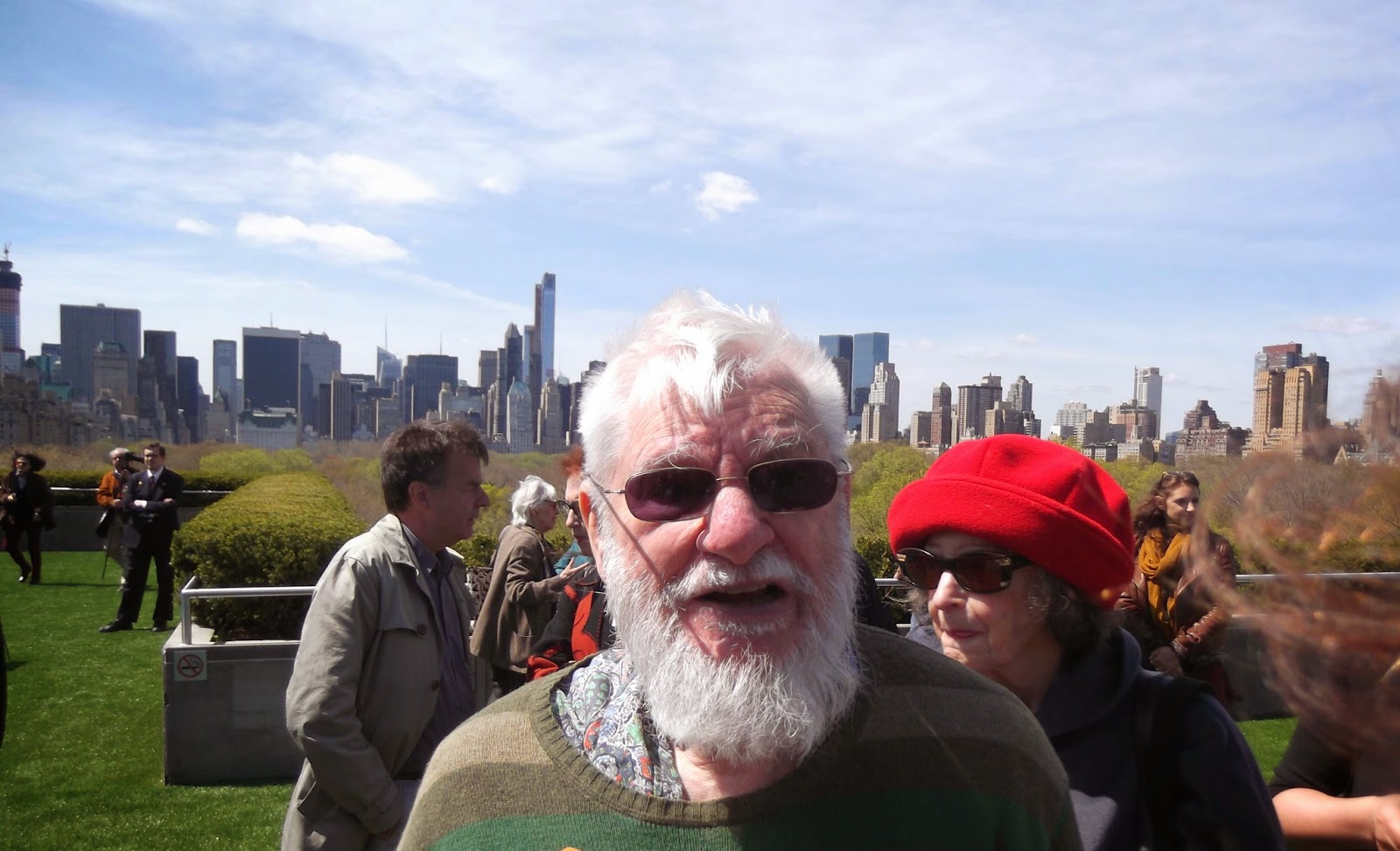 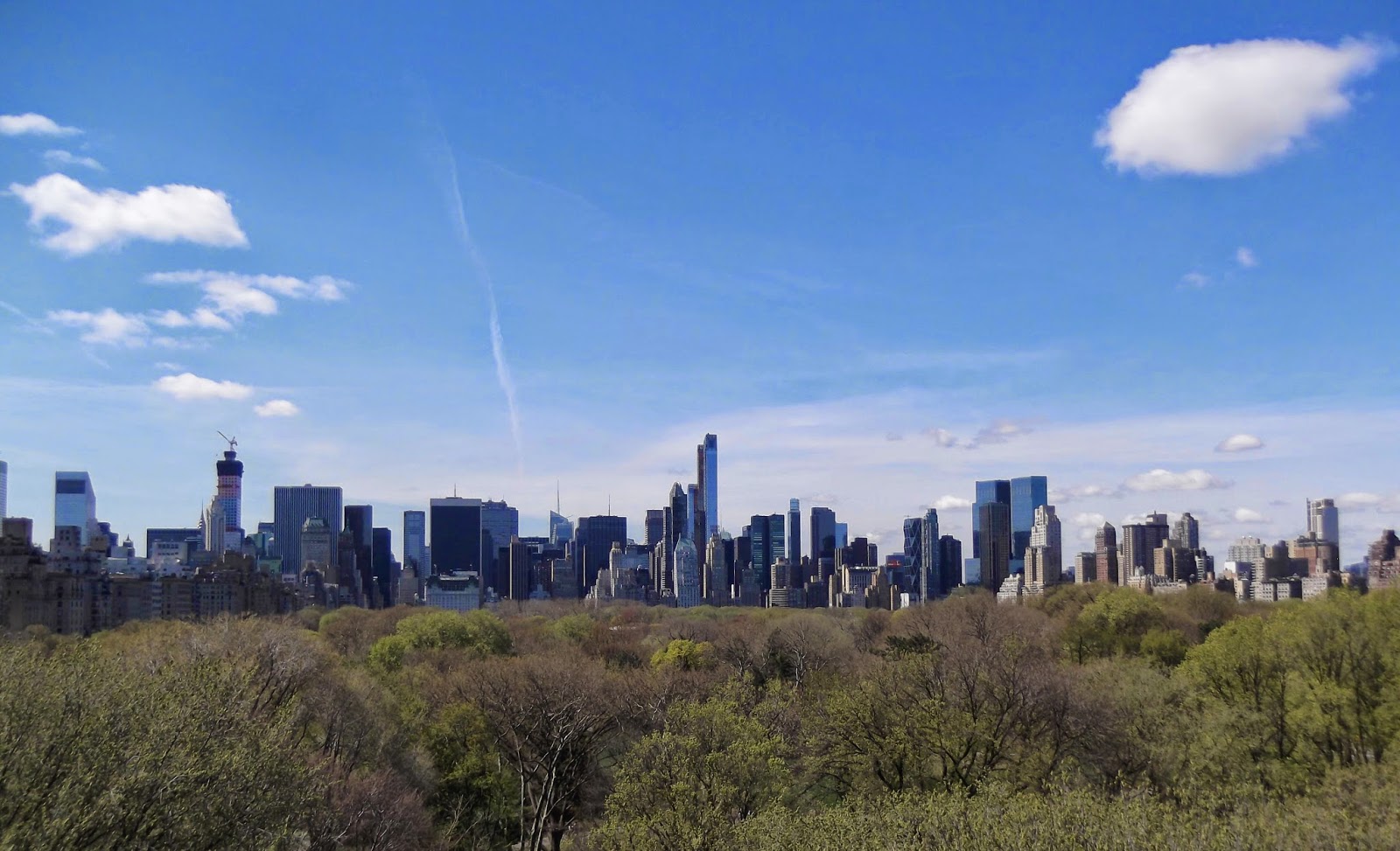 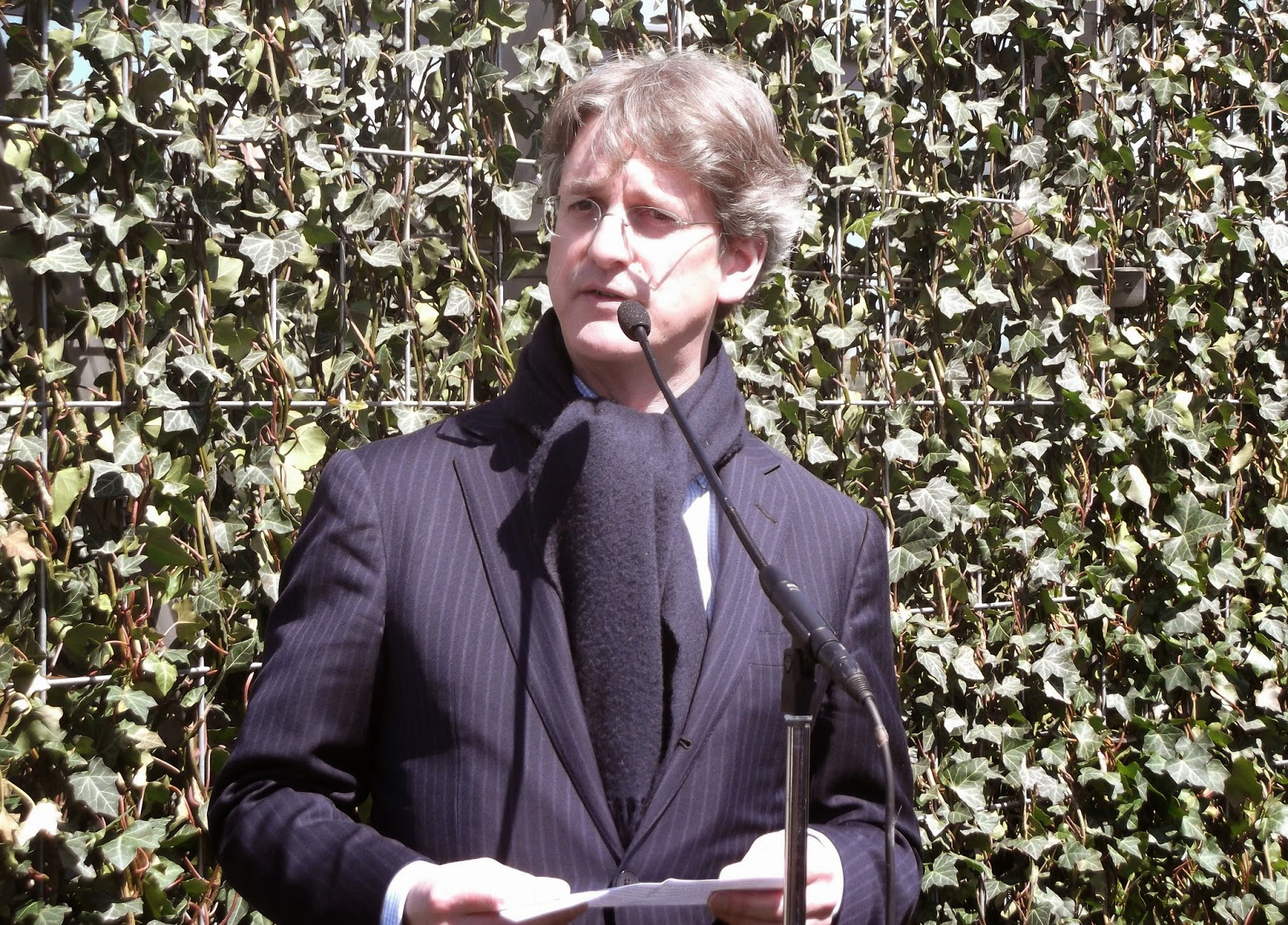 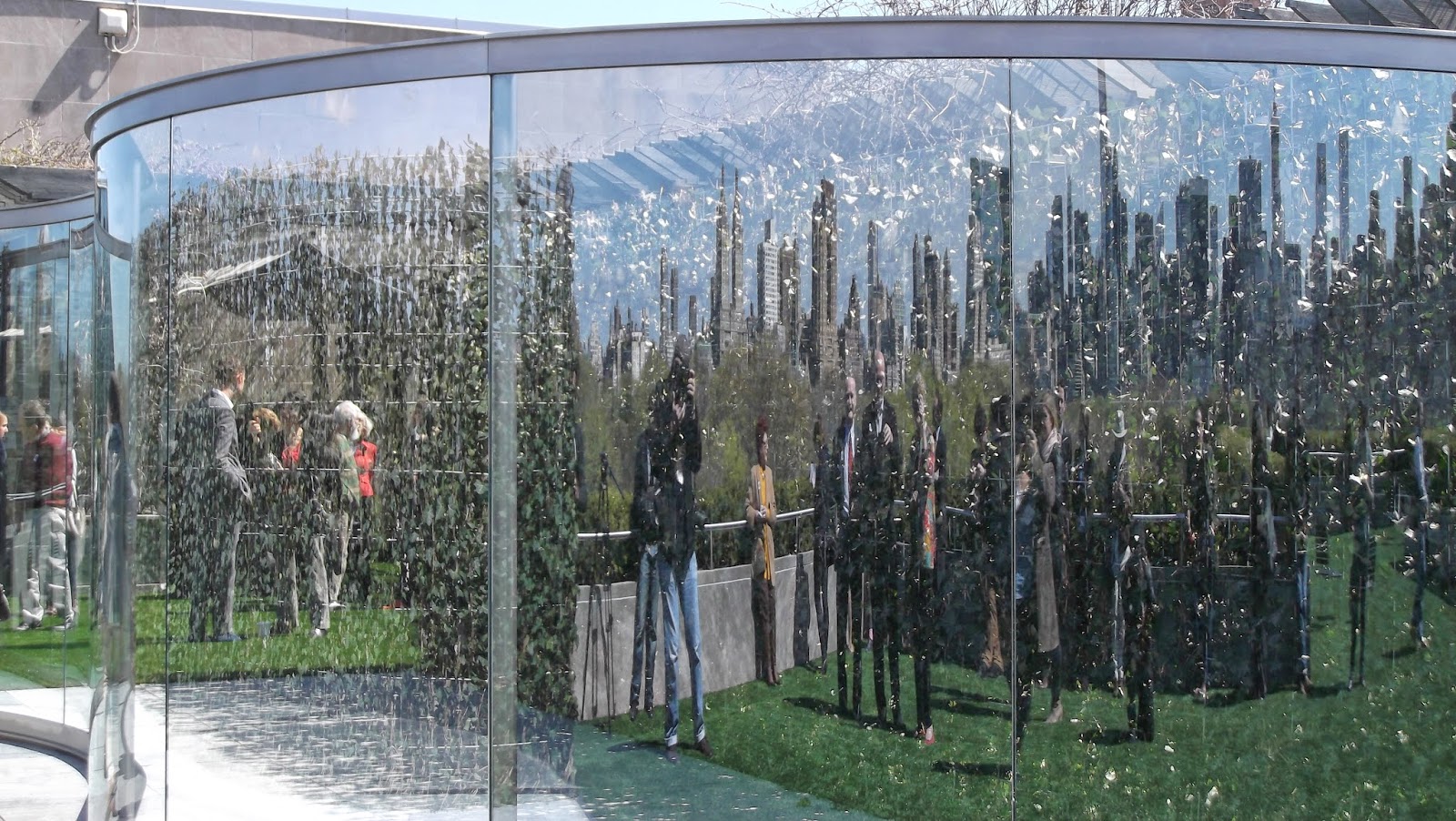 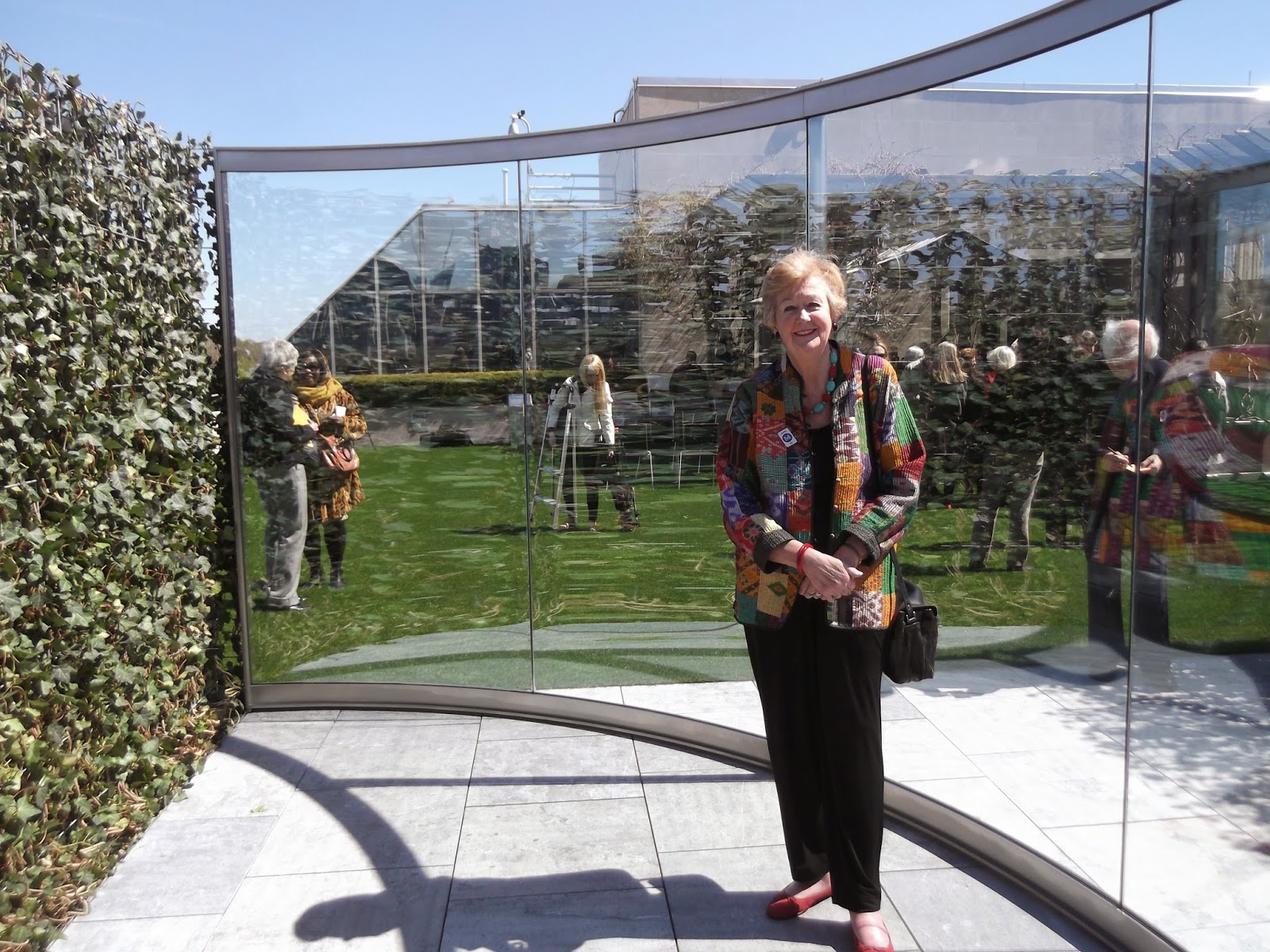 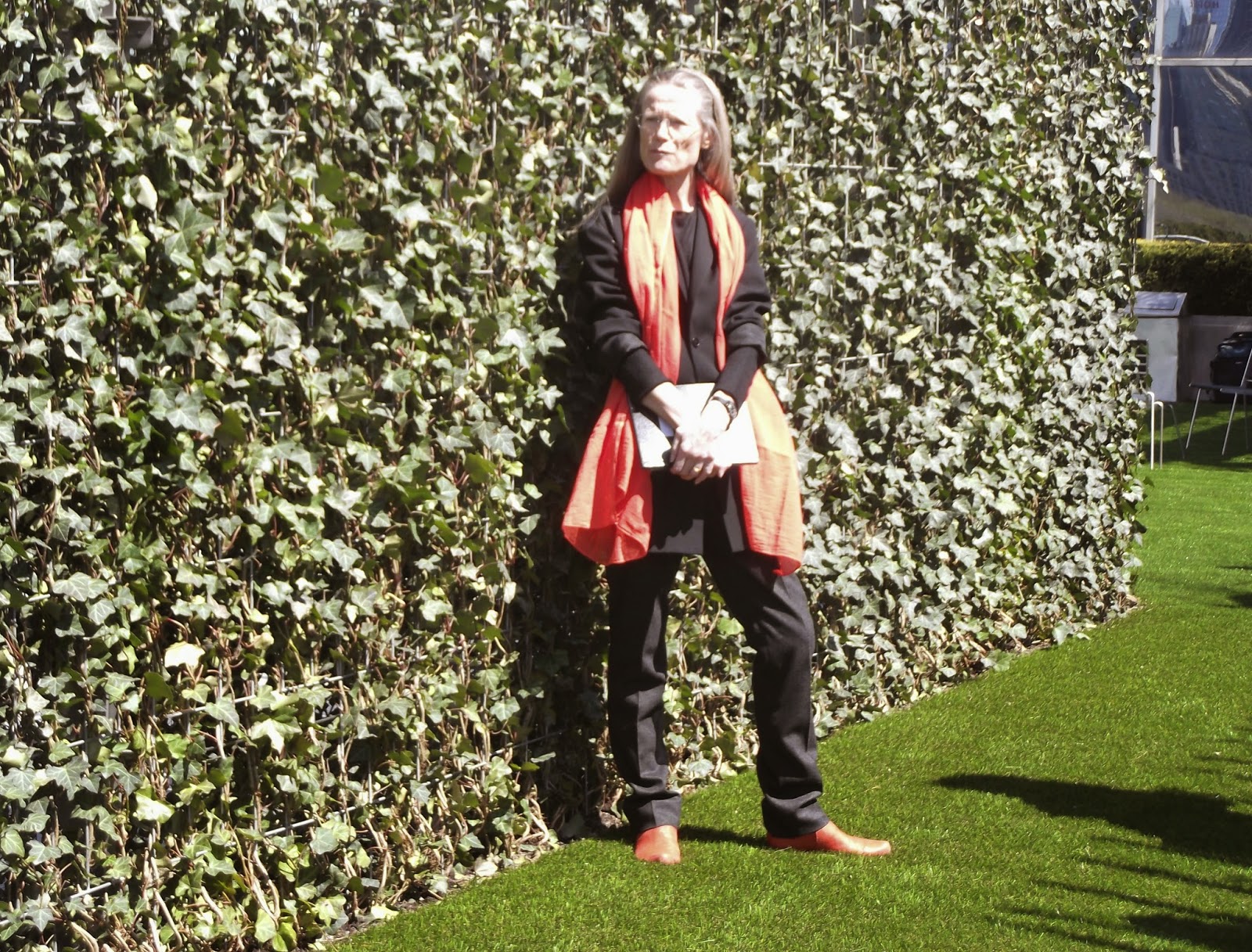 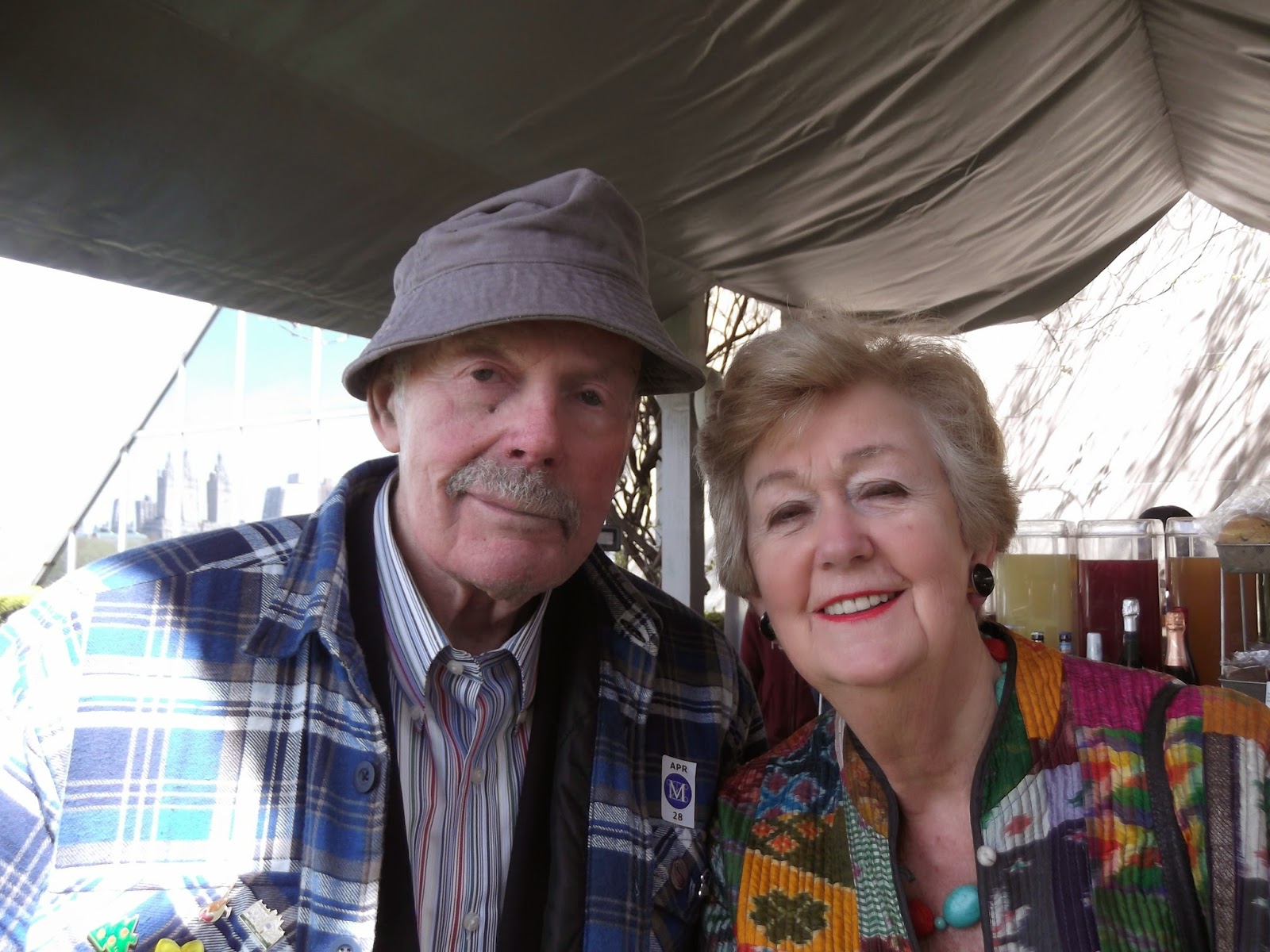 NB. Any artist commissioned for the Met's roof has a BIG problem.
The view.  Can't be beat!
1 comment:
Labels: Met 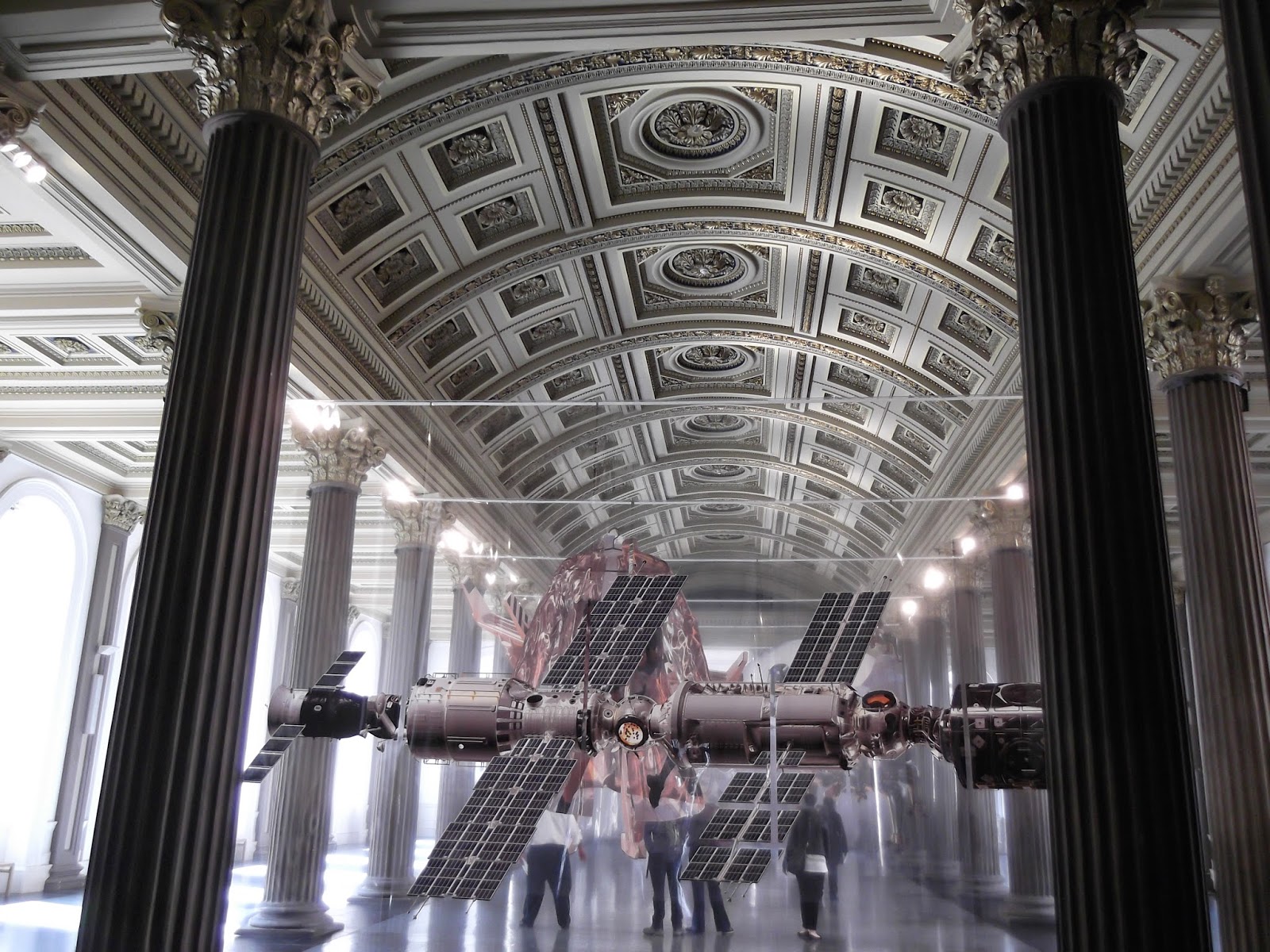 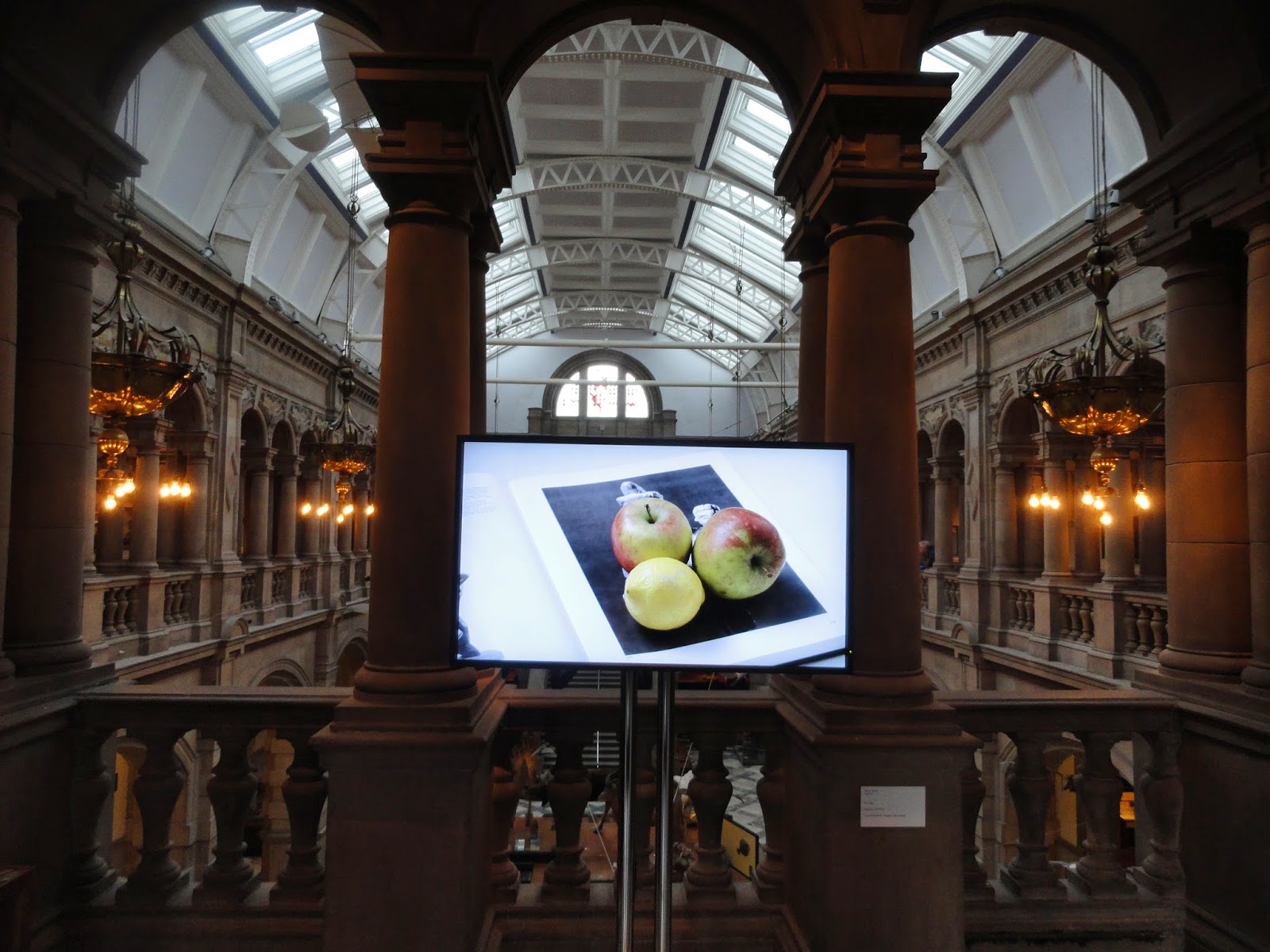 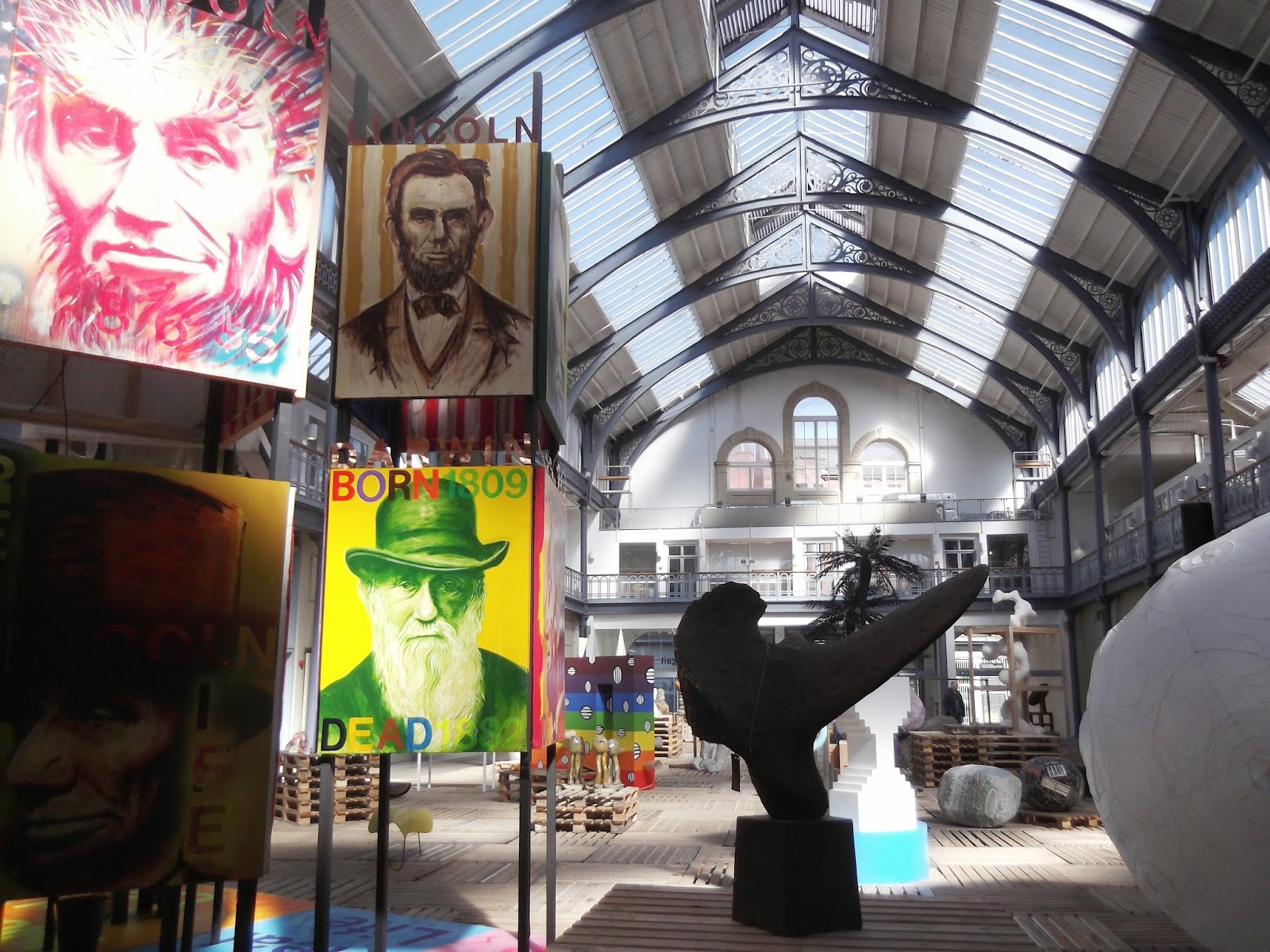 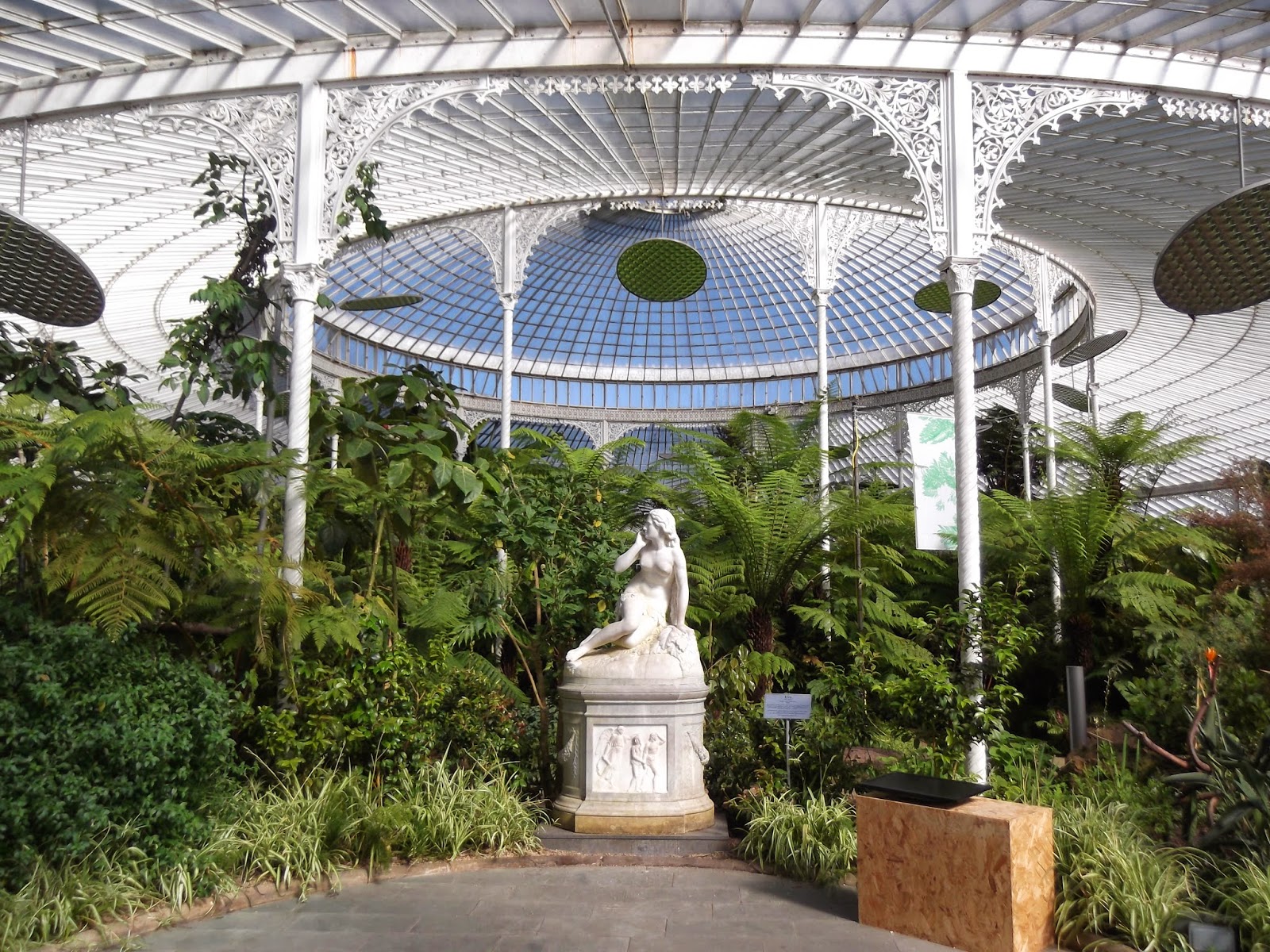 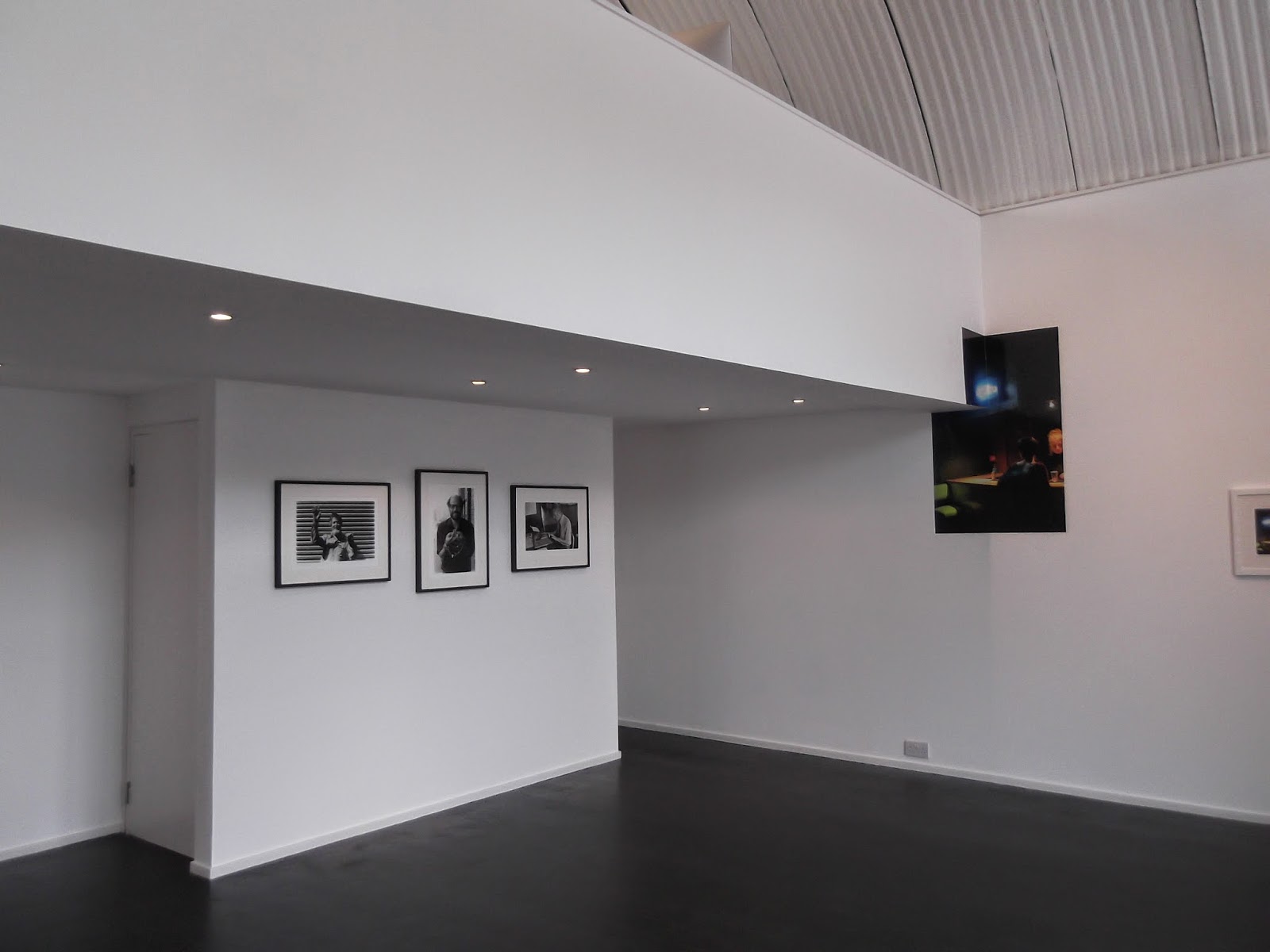 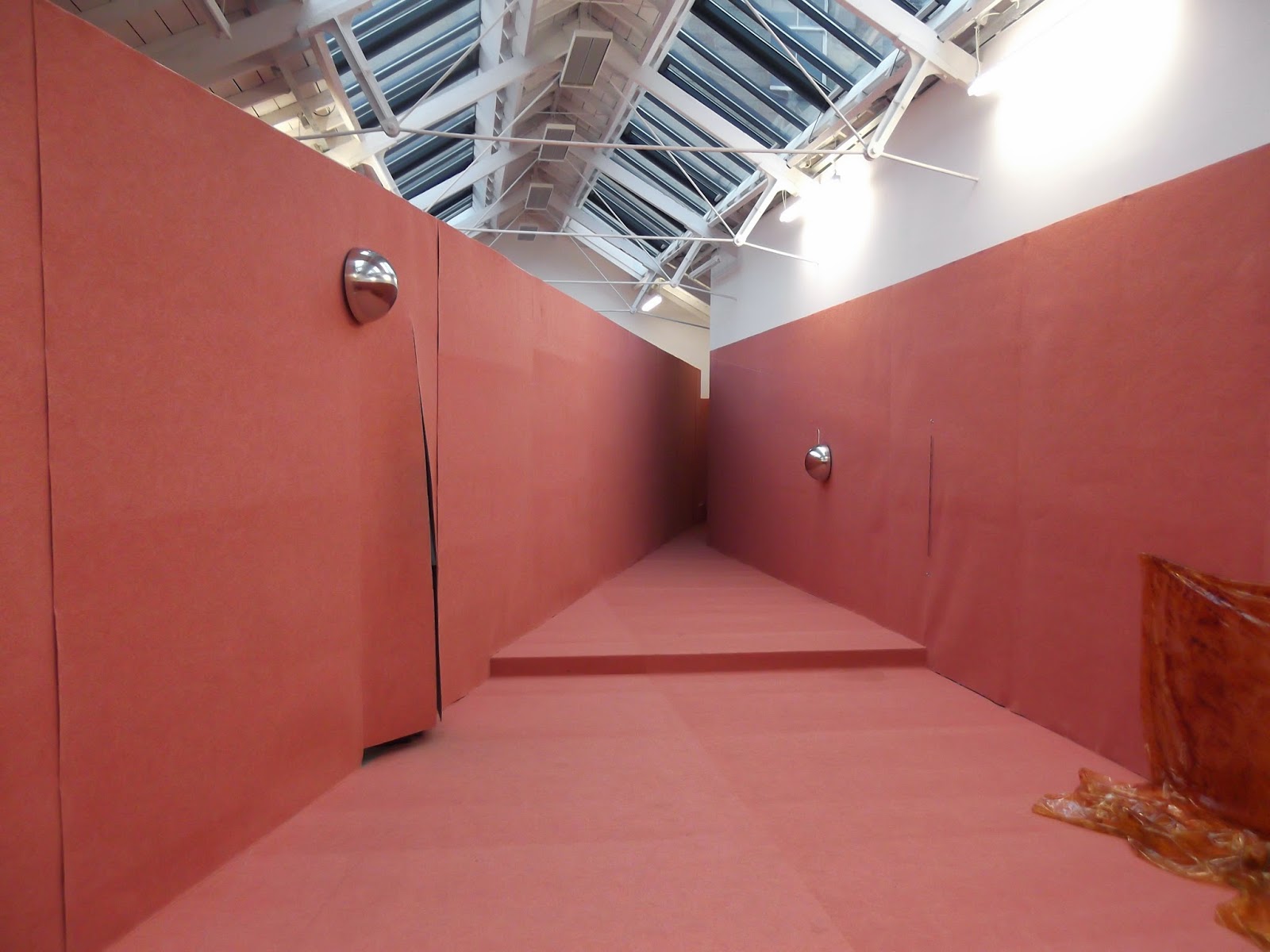 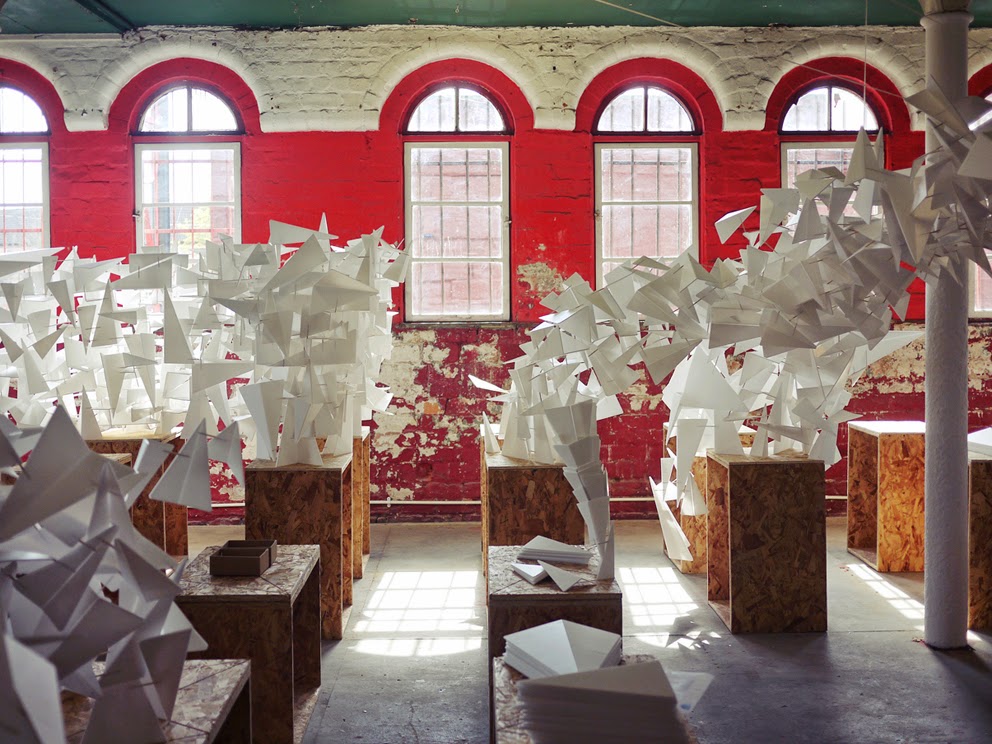 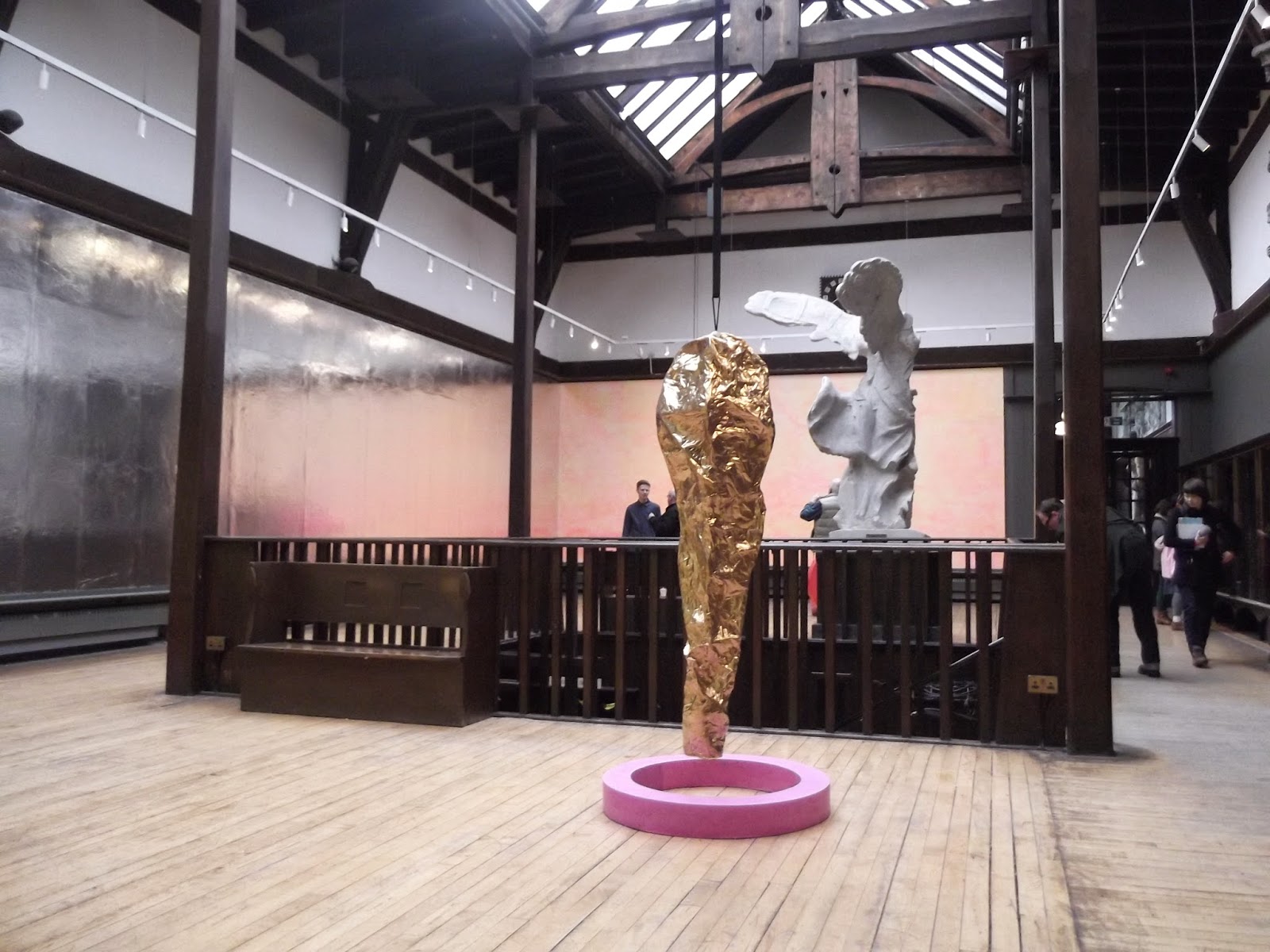 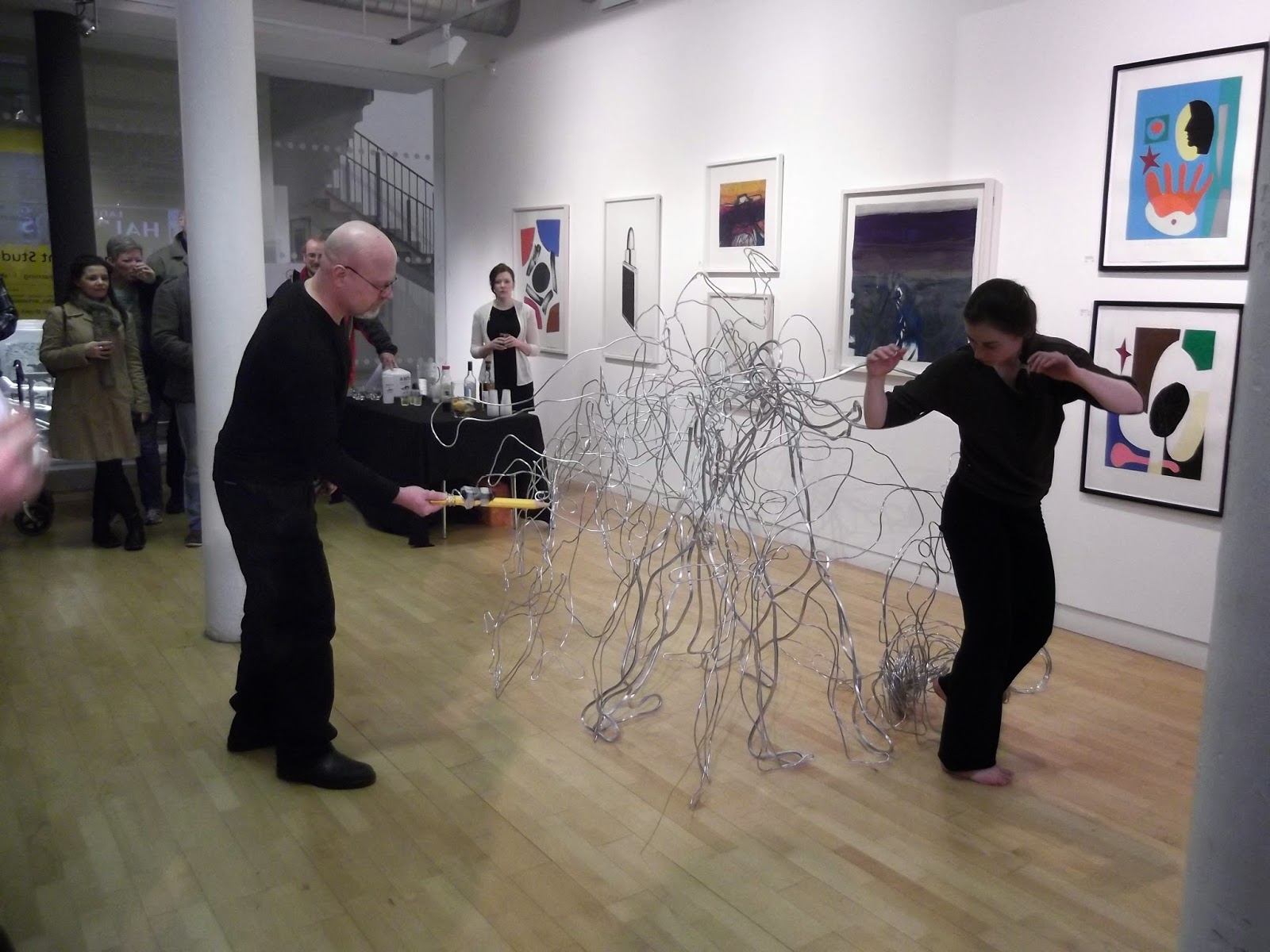 by Fran Light - not me.
With Glasgow International plus Open House all opening at once, I decided to ask Fran to research some locations and let us know what she thinks about them.
This weekend I will follow up with comments on GI plus a few Open House. Being a critic can be hard on the feet!

Glasgow Open House, a new festival organised by recent GSA graduates, has seen a crop of 32 exhibitions opening their doors in artists’ homes and other non-gallery locations across the city. Here, sculptures nestle in stairwells; unexpected sounds can be found emitting from cupboards; shower curtains double as projection screens. I spent a weekend exploring the offerings.
At 51 Grant St, the garden is filled with (see below) Emma Ewan’s sculptural jigsaw puzzle 'Modular Manner' – great fun in Saturday’s sunshine – whilst an intriguing show by Madeleine Virginia Brown and Stella Stewart at 16 Baliol St explores the relationship between model and artist. A sound piece recounting Brown’s inner monologue whilst life modelling is a particular highlight. 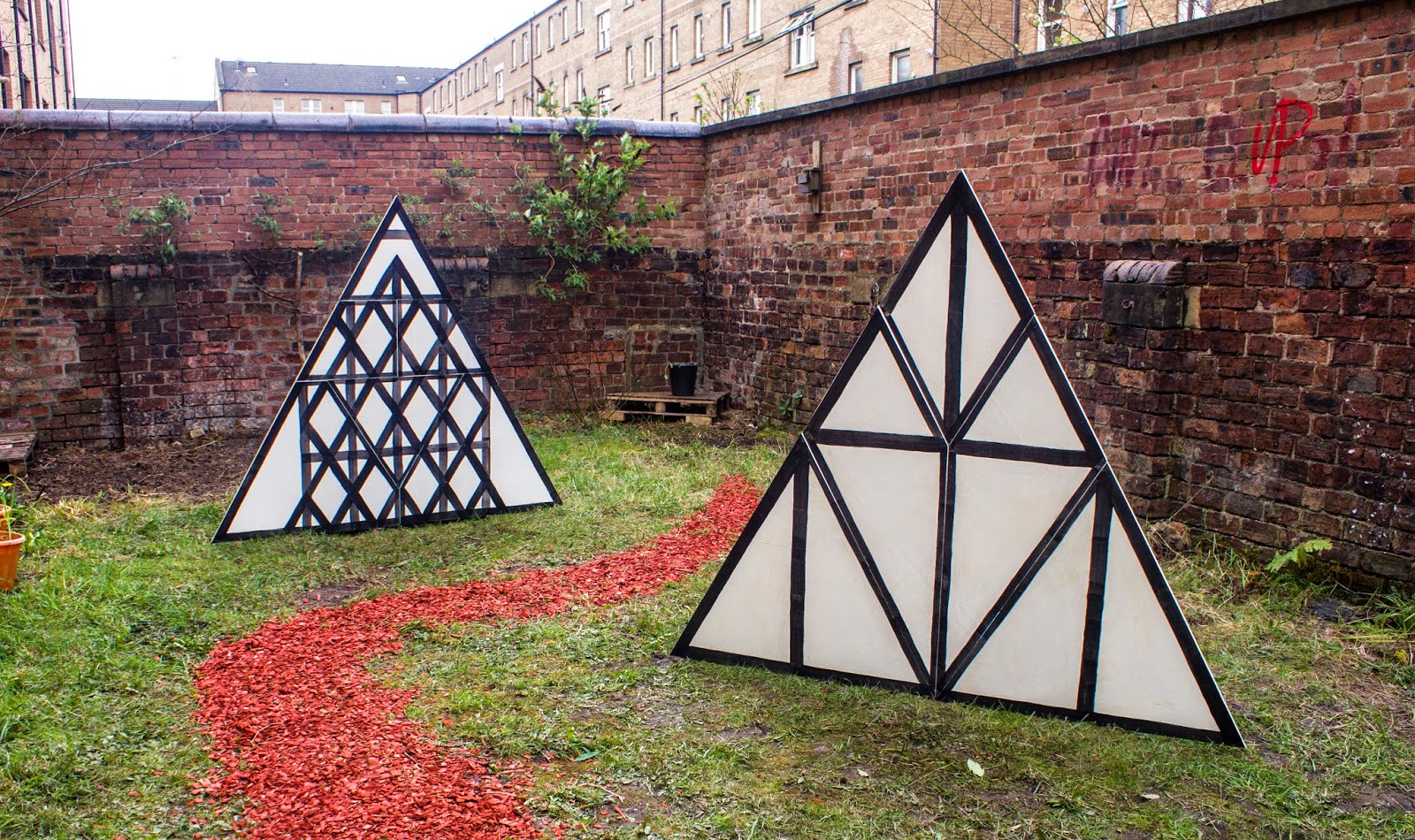 'HALLelujah! 3' sees Janie Nicoll’s hallway at 212 West Princes St given over to a variety of artists working with collage; the space at 1 Royal Terrace (which, despite being the only full-time gallery included in the programme, is nevertheless housed inside a flat) is transformed with the darkly architectural sculptures of Augustus Veinoglou. Outside, I find Catherine Hotchkiss and William Aikman’s interactive installation ‘Scope’, an enormous electronic kaleidoscope housed in the back of a van. Being mobile, Scope will be moving around different venues over the course of the festival – keep track of it via http://www.locatescope.co.uk.
On the Southside, ‘I Bought a Little City’ at 101 Forth St comprises four artists’ responses to Donald Barthelme’s short story of the same name, spanning painting, artist books, video, sculpture and the written word. A couple of blocks away on Leven St, ‘Romantic Possibilities in Modern Flats’ sees artists Andrew Black, Bradley Davies and Nick Thomas cohabiting with the works of invited artists Dan Hays, Paul Housley and Torsten Lauschmann, curating these alongside a selection of their own pieces. The excellent show ‘A Gyrus to Define Us’ at 100 Deanston Drive is well worth the walk, particularly for Jack Farrell and Angel Reid's 'Roaming Colonies' - motorised sculptures, camouflaged cunningly against the bathroom floor.
Artists and curators are on hand at every venue, happy to chat about the work and offer cups of tea, and consequently there aren’t enough hours in the day to see every show. Luckily, the festival will open its doors again next Saturday 19 and Sunday 20 April. With an exciting selection of artists in unorthodox venues, Open House certainly proves that Glasgow’s DIY ethos is alive and well – and, funding permitting, it looks set to be an annual event.
http://glasgowopenhouse.co.uk/#                                       by Fran Lightbound

Today as I was driving to Govanhill Public Baths, (no, not to swim, to see an art installation) I heard Glasgow Life director Bridget McConnell announcing on BBC that part of July's opening ceremony for the Commonwealth Games in Glasgow will be the demolition of the notorious Red Road flats. Built in the 1950s as part of a maligned housing project, they have long been a big problem. 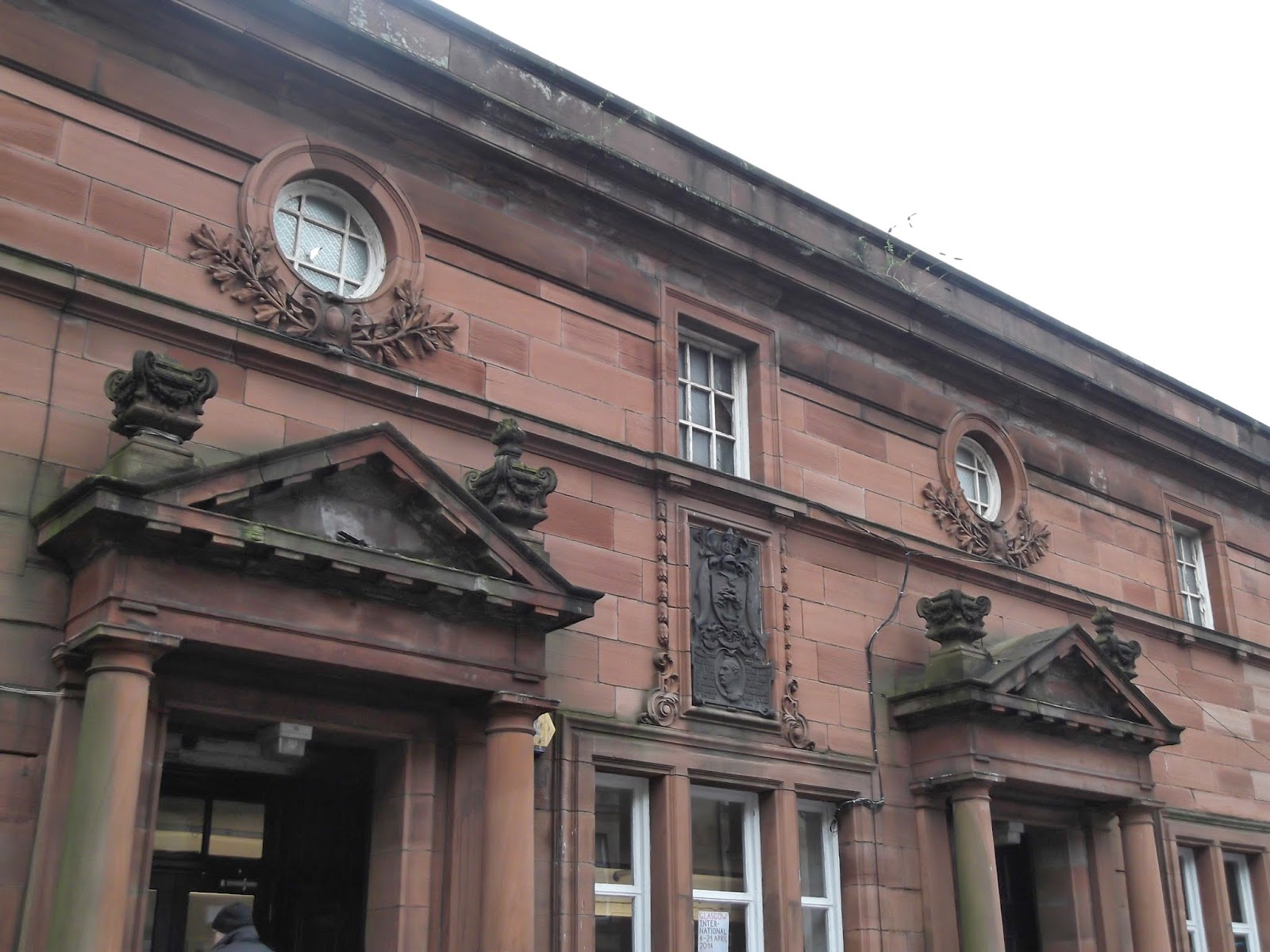 Govanhill Baths
Whether this is a good idea will be vigorously debated, but it certainly shows that Glasgow does things differently in an 'authentic' way! 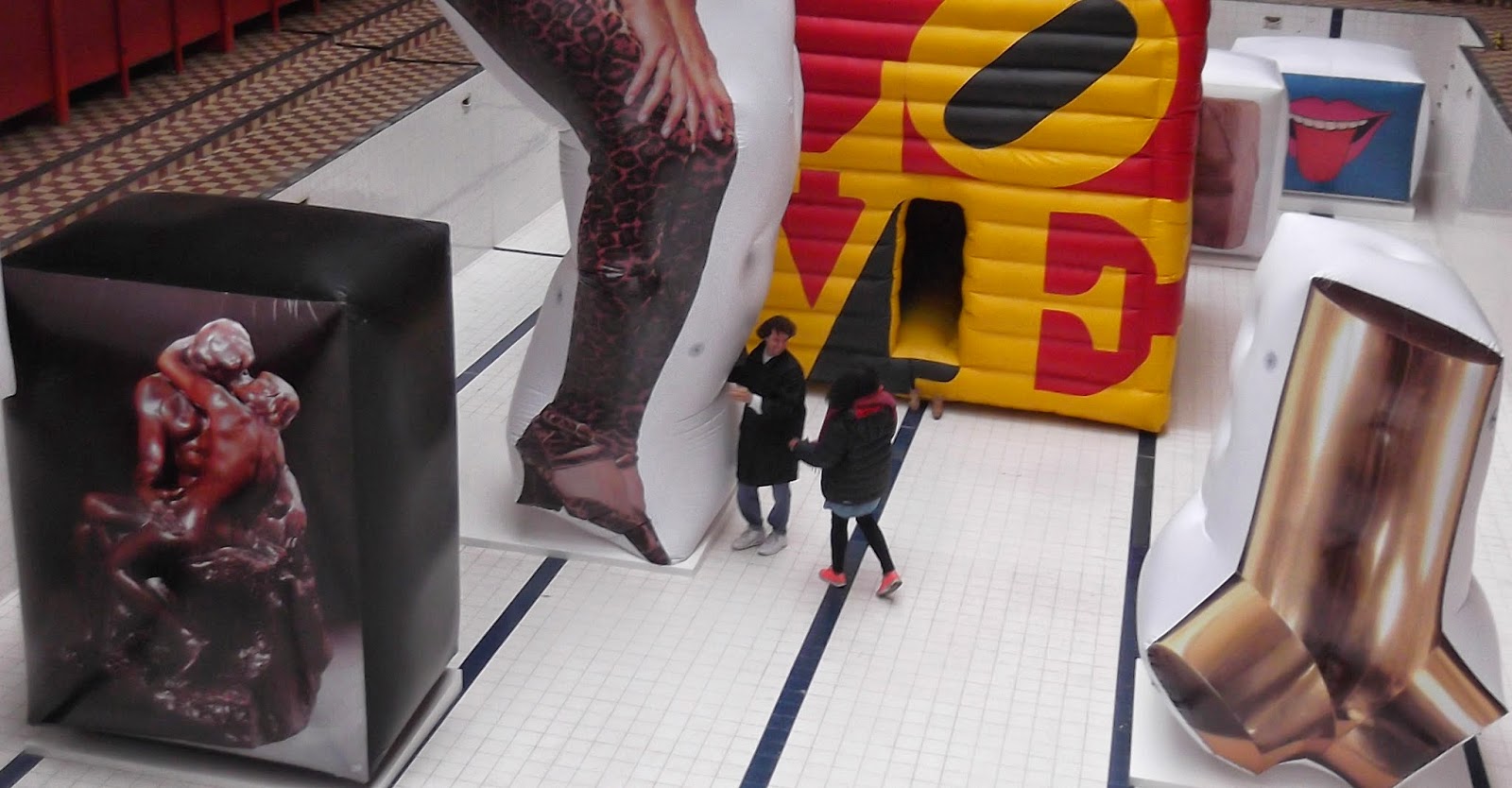 Likewise GI, or Glasgow International, opening tomorrow. This is the 6th biennial of visual arts events and exhibition with this year's ex's leaning heavily on the moving image, film, video, sound side. info@glasgowinternational.org 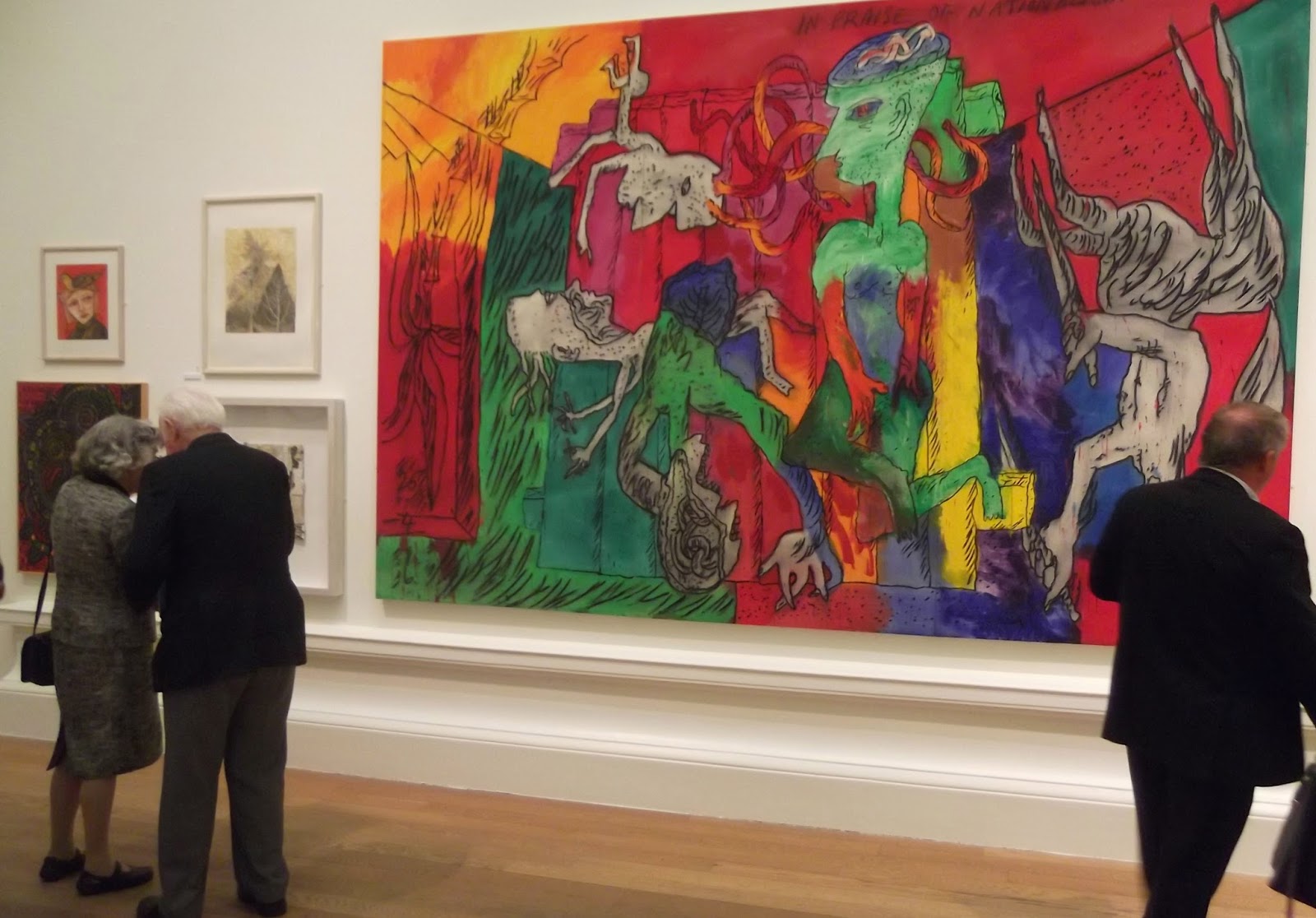 As is the RSA or Royal Scottish Academy in its 188th annual. The splendid newish downstairs rooms are the film focus, beautifully installed & curated by Ronnie Forbes, and comprehensive in its stretch from Muybridge to recent graduates. Will GI last 188 years?? I fear not. 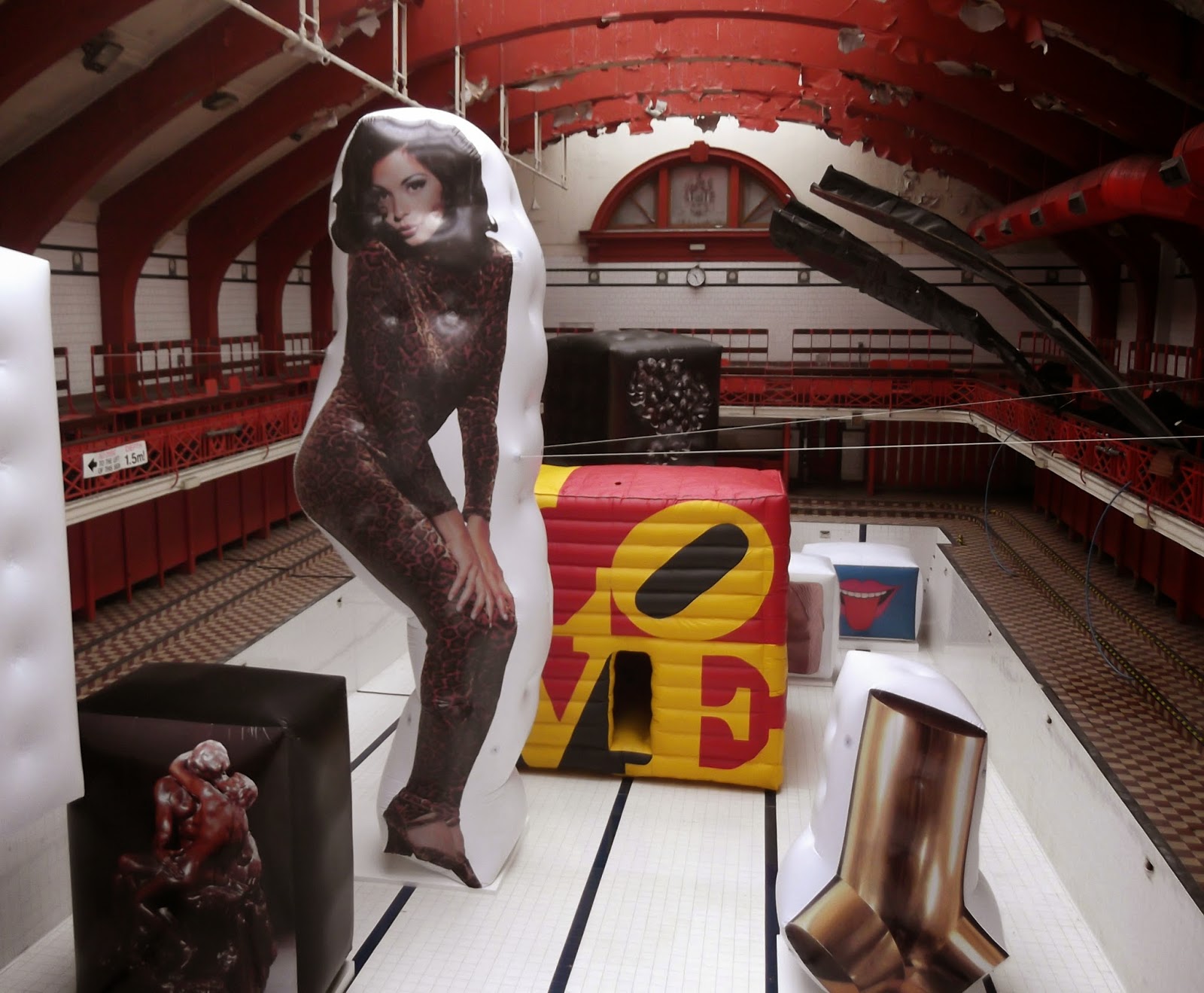 However back to Govanhill where Anthea Hamilton & Nicholas Byrne show LOVE, a series of enormous inflatables printed with famous images from Brancusi, Maplethorpe, Rodin, etc and of course Robert Indiana. Phallic & sexy, this light-hearted colourful display was first seen in London's Poplar St Baths as part of the 2012 Olympics.

While GI trumpets "50 shows and 90 events featuring 150 artists", the RSA itself has over 400 exhibits. Well known names like Elizabeth Blackadder, Ian McCulloch, Tracy Mackenna & Alan Davie features alongside young Kyle Noble  & others. However I am not convinced that doing away with ARSA associates & separating the Academicians from 'the rest' is a good idea. Time will tell. 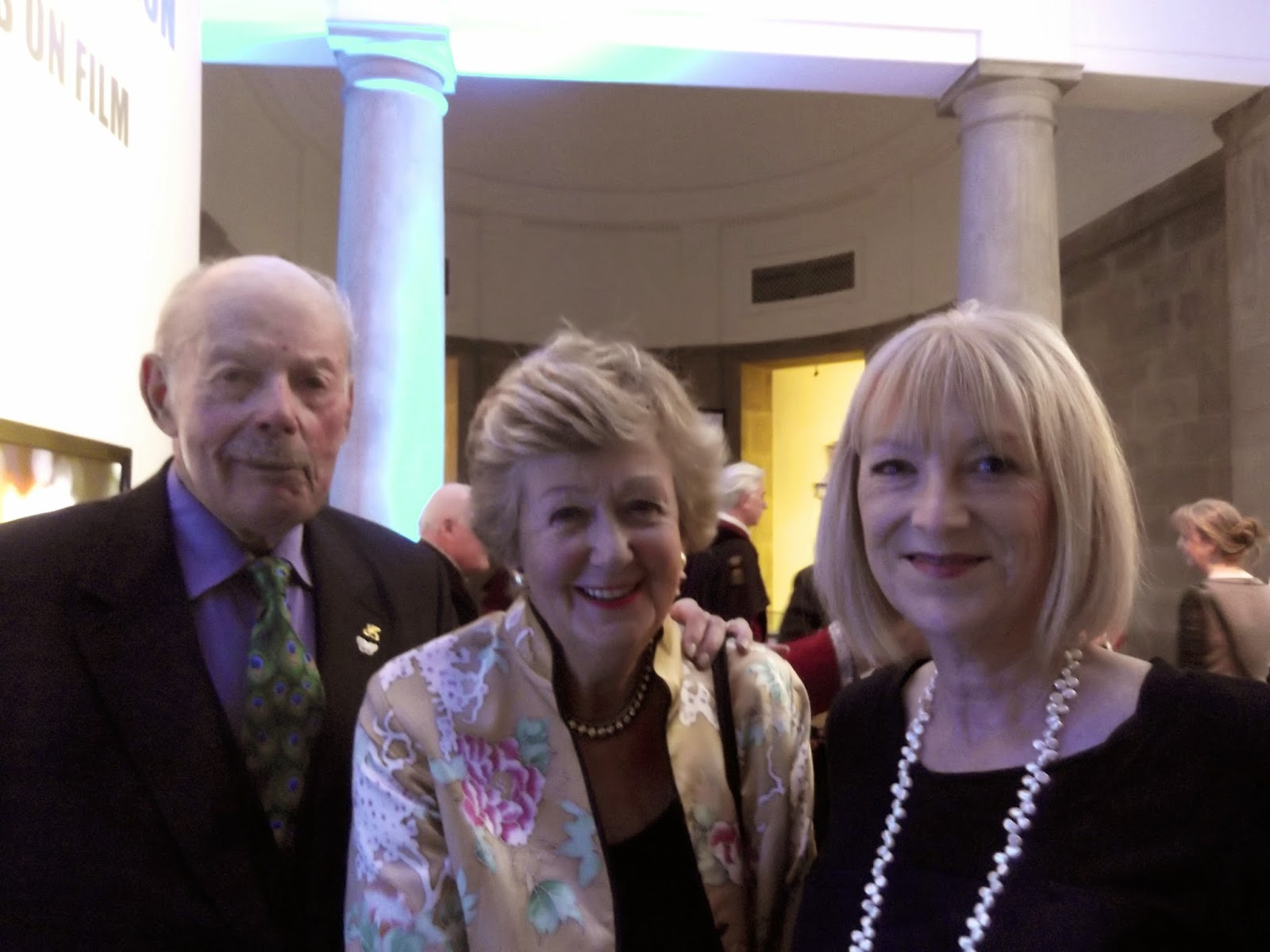 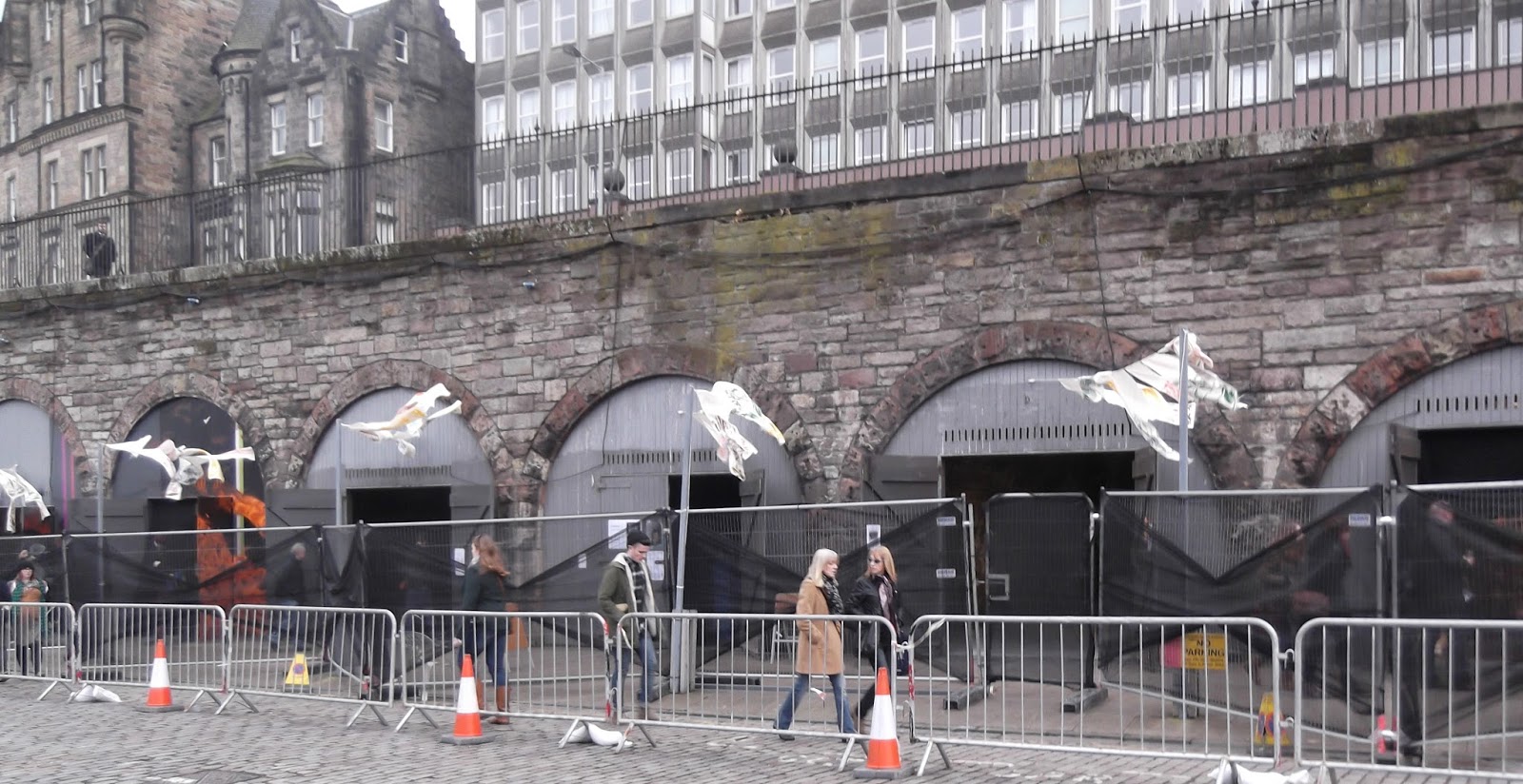 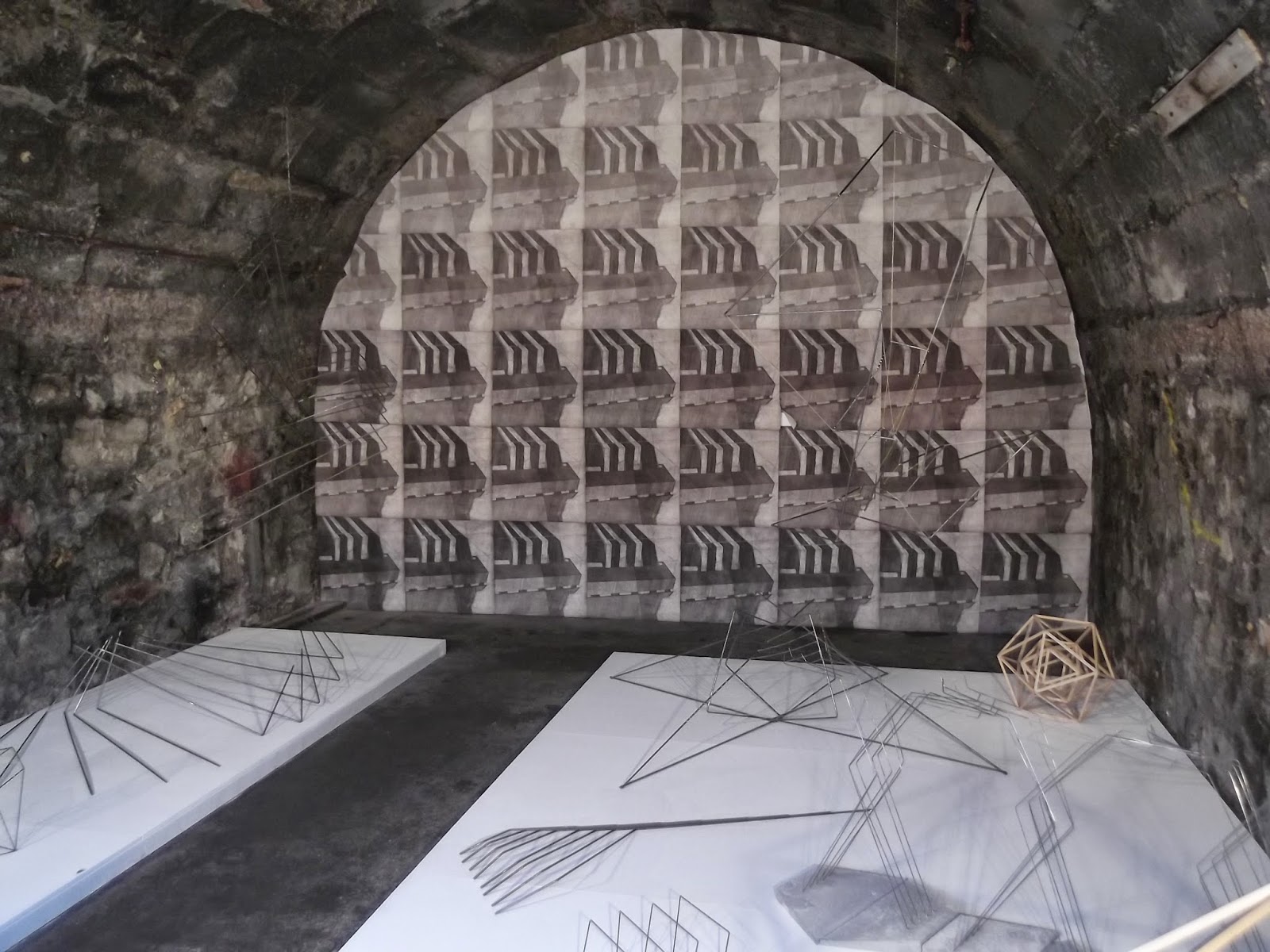 Bridget McConnell's announcement stressed the city's flourishing artistic side & its mass of Tate Turner winners & nominees. Good to hear the visual arts to the fore again.