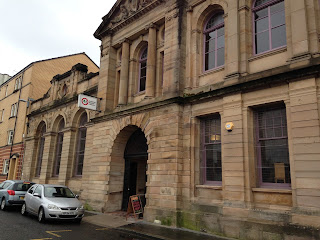 and at Glasgow Women’s Library 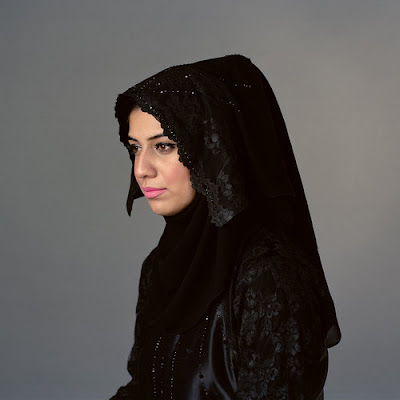 WildFires is a new collective or network of female photographers working in Scotland. Initiated by Dr. Katherine Parhar, who teaches at Napier, the group’s first exhibition, WHEN THE LIGHT SHIFTS, is on display at Glasgow Women’s Library until 1st April. 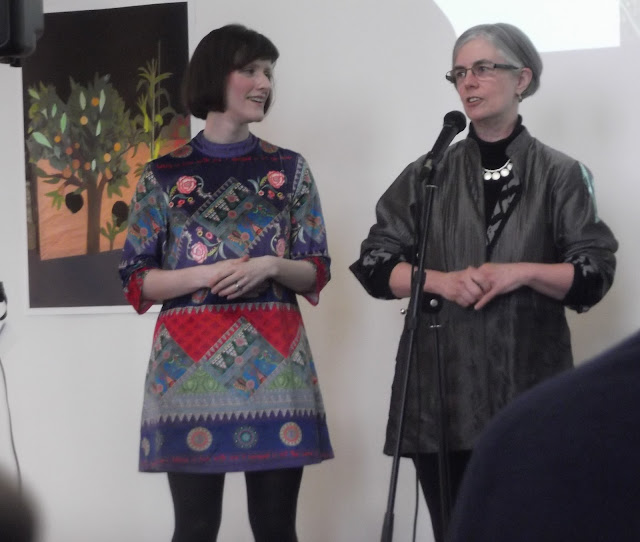 I went along to the packed-out opening. It was introduced by MARY ANN KENNEDY, who joined a team to established Scotland’s degree programme in photography at Napier University. 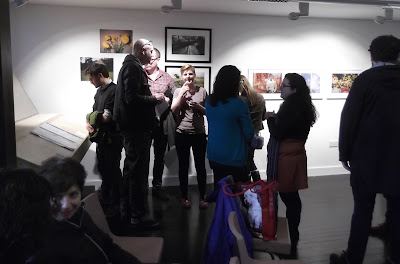 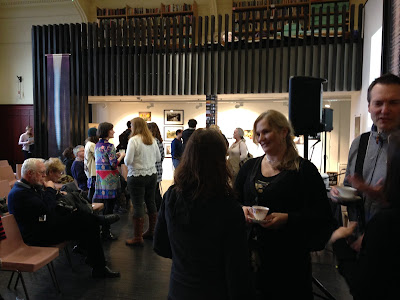 And despite an exhibition space cut in 3, 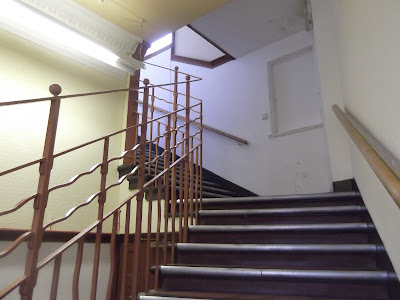 it’s well worth a look. It’s also aided by a great website funded by Edinburgh’s Napier University. Here u can find lots of useful info on the artists. 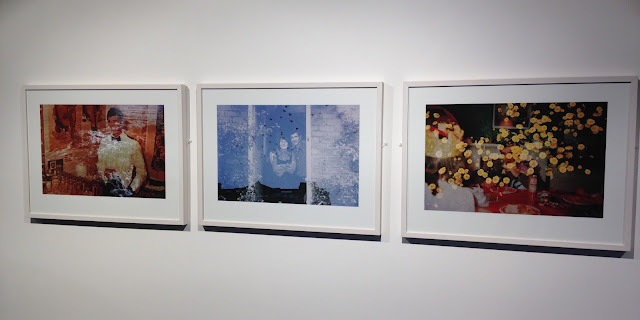 I will use some snapshots to give u the idea, but do look up www.wild-fires.org to see the real thing. So - why wild-fires? I assume because the group initiated only last September took off so fast! …. hence the name I guess. 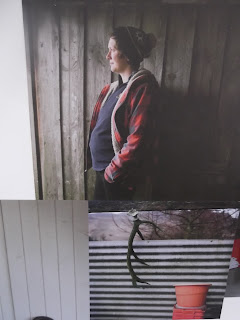 And why a network?? Katherine told Document Scotland, (I have pinched her reply from there )  As a historian, I’ve spent a lot of time looking back to recover the work of female photographers who were not acknowledged, collected, or written about by the institutions and individuals who decide what makes ‘History’ in the history of art and photography. I’ve been to all sorts of conferences and events that gathered together people like me. Yet the balance, for working photographers, hasn’t shifted much. In the British Journal of Photography, in this decade (so far), only 20% of the projects featured are by women. In the 1970s, that was 4%. So I began to think, how can I apply my energies to creating a living structure that promotes and records the women where I work, in Scotland?
I asked a few friends to the pub to see what they thought – or to decide if we even needed one. Would we create exhibitions? A journal? A website? Or books? Over 20 women turned up and now we have all these things under one name: WildFires. We also have a pop-up projection at OCAD in Canada so we’re international already. And we have a book coming soon.
This is amazingly the first ever show surveying contemporary photography by women in Scotland.
The range is huge.  From portraits by by Hannah Laycock 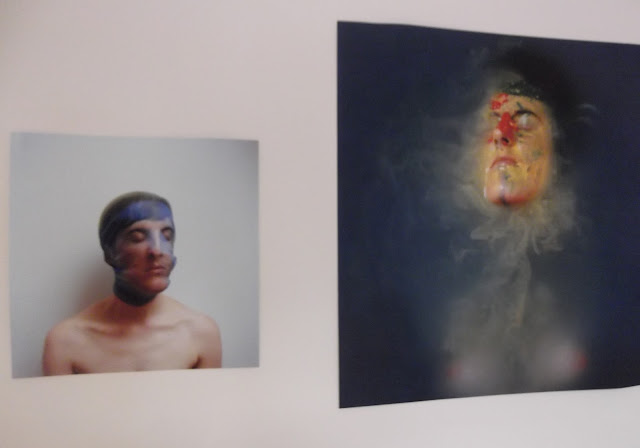 to community projects by Mairead Keating 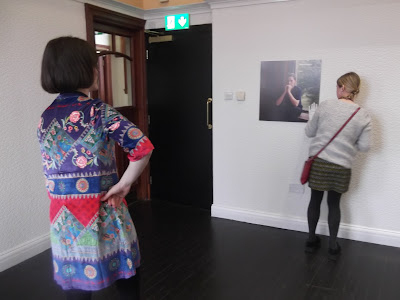 to more looking at community housing by Gina Lundy: West Hendon (on a blind) 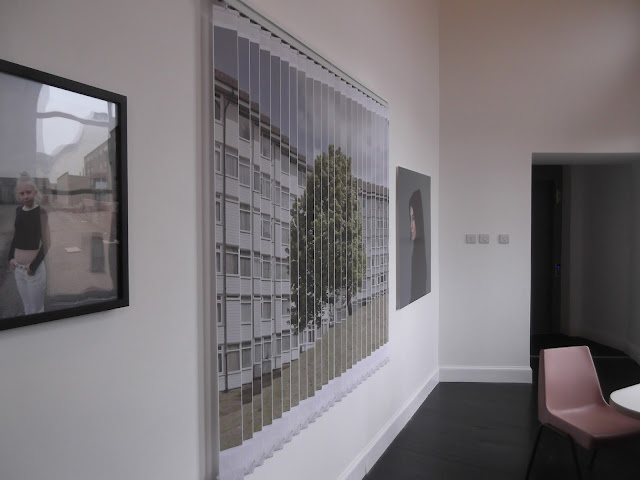 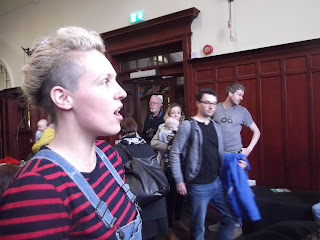 and projects done in the community by Iseult Timmermans. She has been working working since graduating from Glasgow School of Art in 1995. She established an Artist-run exhibition space in Glasgow’s West End (e-space@java) in the 90’s: a community space at the towering Red Road Flats (2009 – 2012) 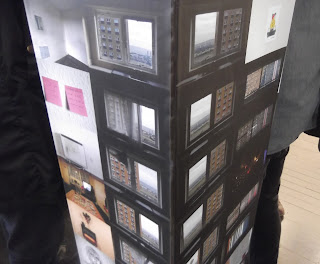 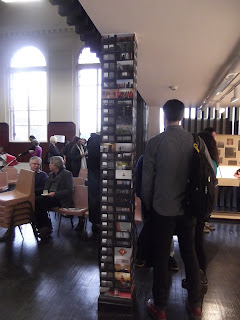 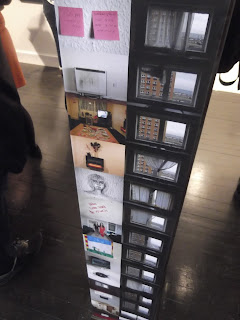 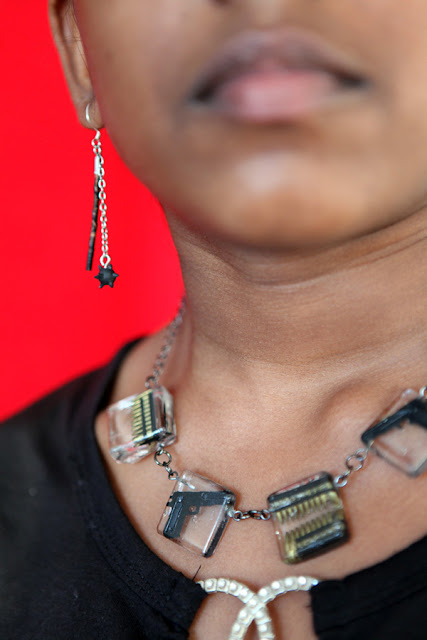 She says she likes to make installations and here is a perfect one: in the upstairs window. It shows a necklace of miniature guns and arms, representing how women carry the weight of conflict wherever they go. 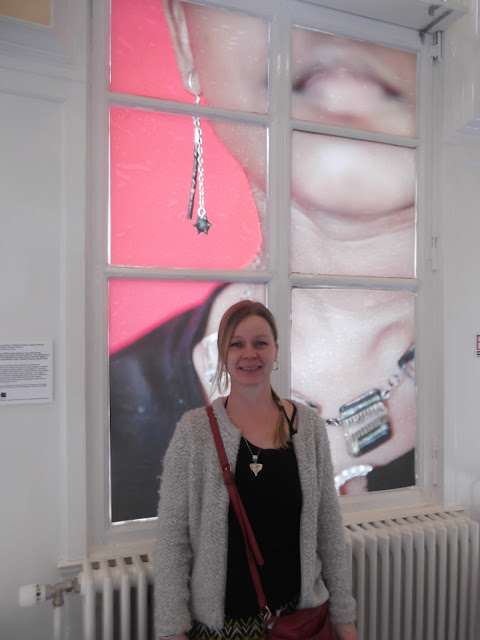 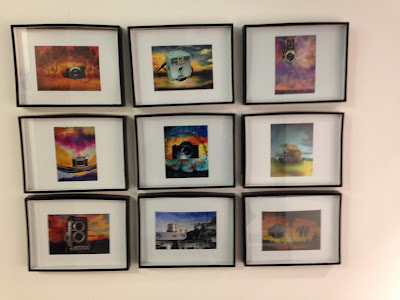 along with empty rooms 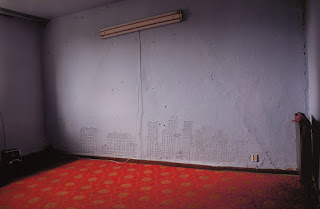 and the mind's Private Rooms by Catherine Cameron 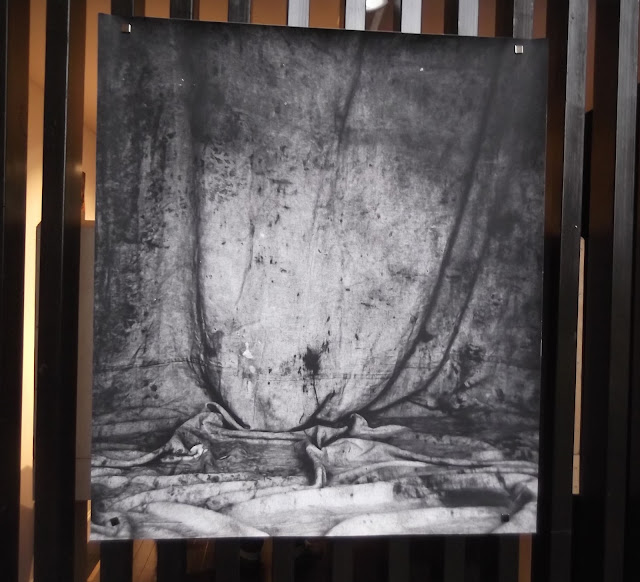 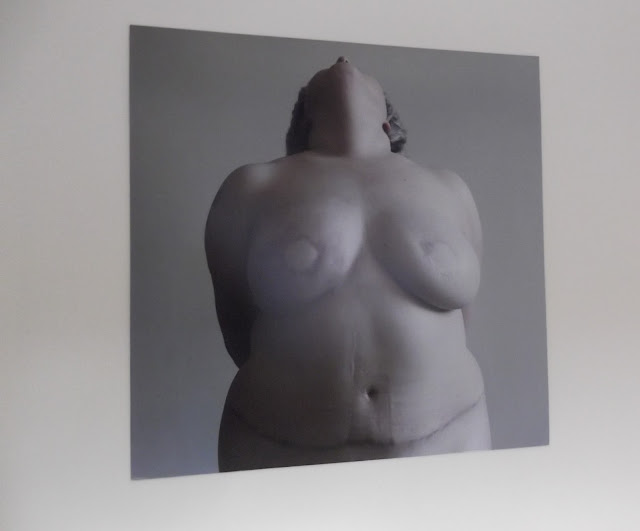 and this very powerful nude image from Helen Jones, perhaps one of the the most memorable there, along with Laycocks' self portrait. . 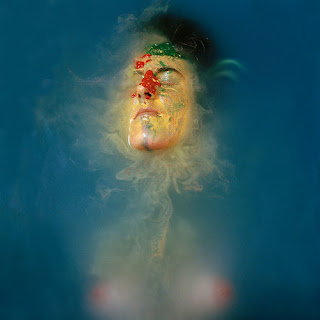 ALICIA BRUCE’s work sits between documentary and staged imagery with a main emphasis on portraiture.  Her Digging for Diamonds series documenting allotments in Banchory went on to Brussels & the EU Pt.  She tackled the Trump invasion in Aberdeenshire too! (her wk on LHS of her.) 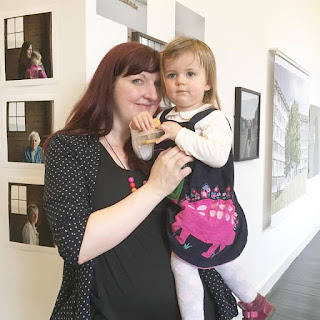 MARY ANN KENNEDY moved from a commercial studio in London to Edinburgh to join a team setting up Scotland’s degree programme in photography at Napier.  As a founding member of Photography Workshop (Edinburgh)/and at the wonderful much missed Portfolio Gallery she ran the educational bookshop, developed and taught workshops, organised conferences, installed exhibitions and assisted with the to-be-international publication Portfolio. 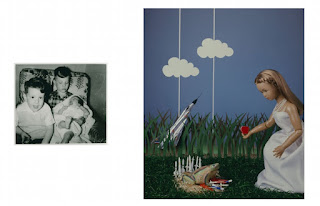 She too is looking at the American Dream! 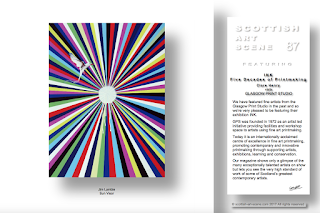