Tim Stead MBE was passionate about wood. Chestnut, elm, sycamore, ash, oak, chestnut, beech. These made up his palette, his tones, his textures. He inspired many to look at wood with fresh eyes & long before 'green' was a popular ethos, he set about changing attitudes to the environment. 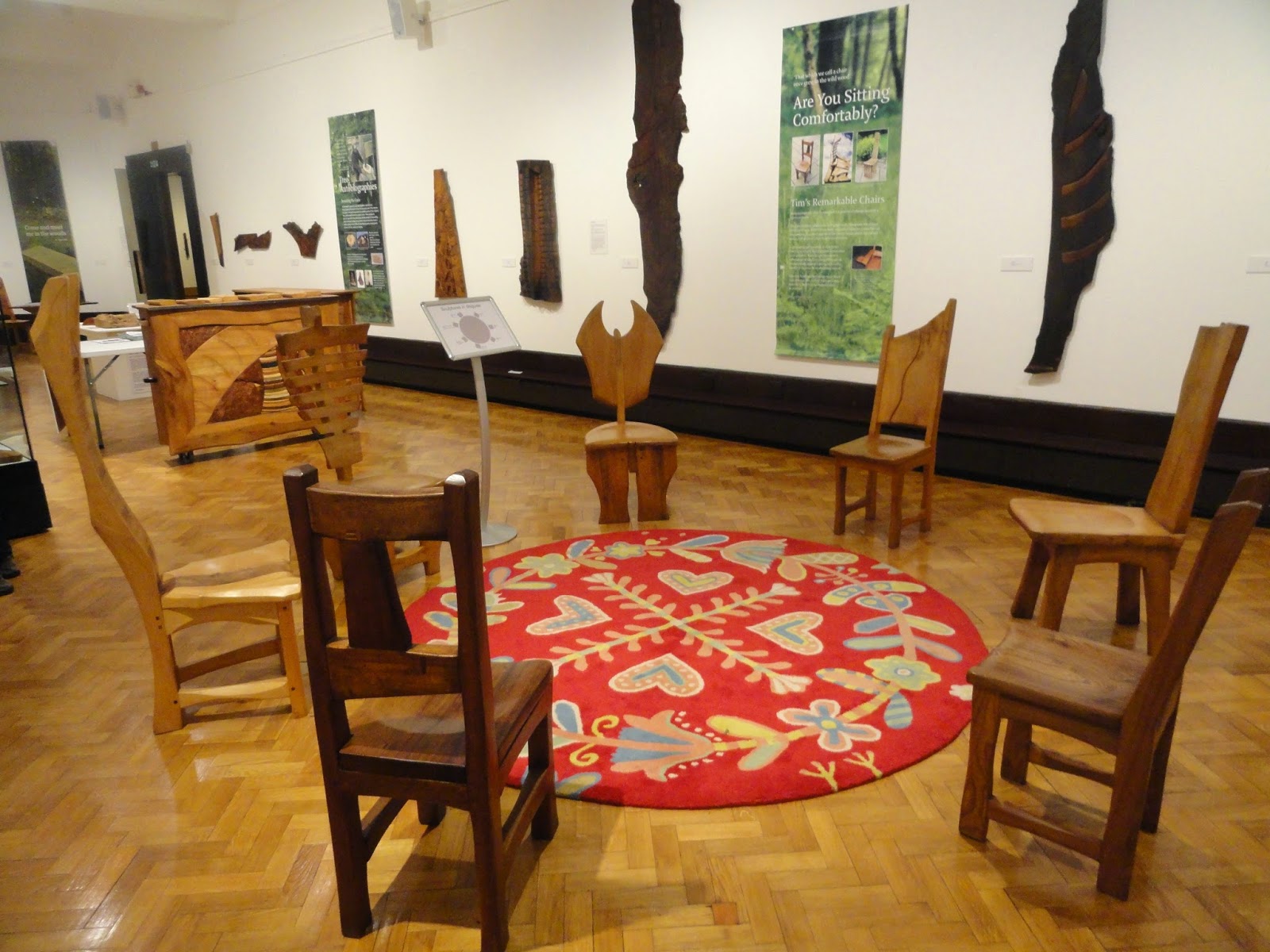 Many Glaswegians got to know his work thro Cafe Gandolfi  where his eccentric but memorable - & comfortable- furniture is still a feature. He went on to make an elaborate chair for the Pope's visit in 1982 + an entire chapel for Aberdeen's St Nicholas church. 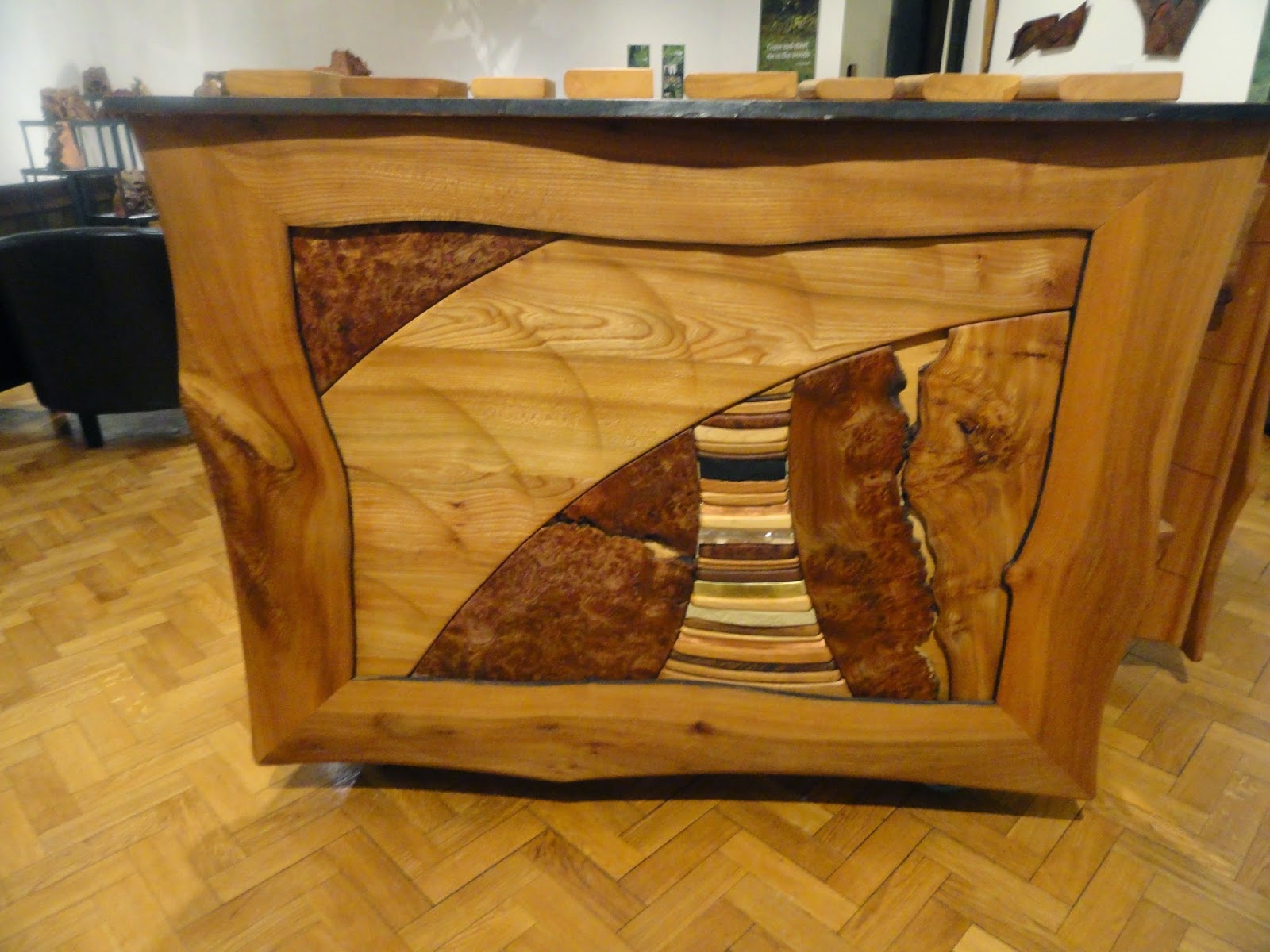 Tim died in 2000 aged 48. This major retrospective exhibition is touring before his work passes to a Trust. I was so glad to see it! The work spans 27 years from early student pieces (Nottingham + Glasgow Art School) via boxes & gifts he made for his wife, wall panels with copper inlay & towers from burr oak. An impressive circle of chairs - Stata, Skeletal & Gnasher are my favourites - greets u at the entrance together with a panel of Tim's words which he wrote aged 19. It is a very moving piece. 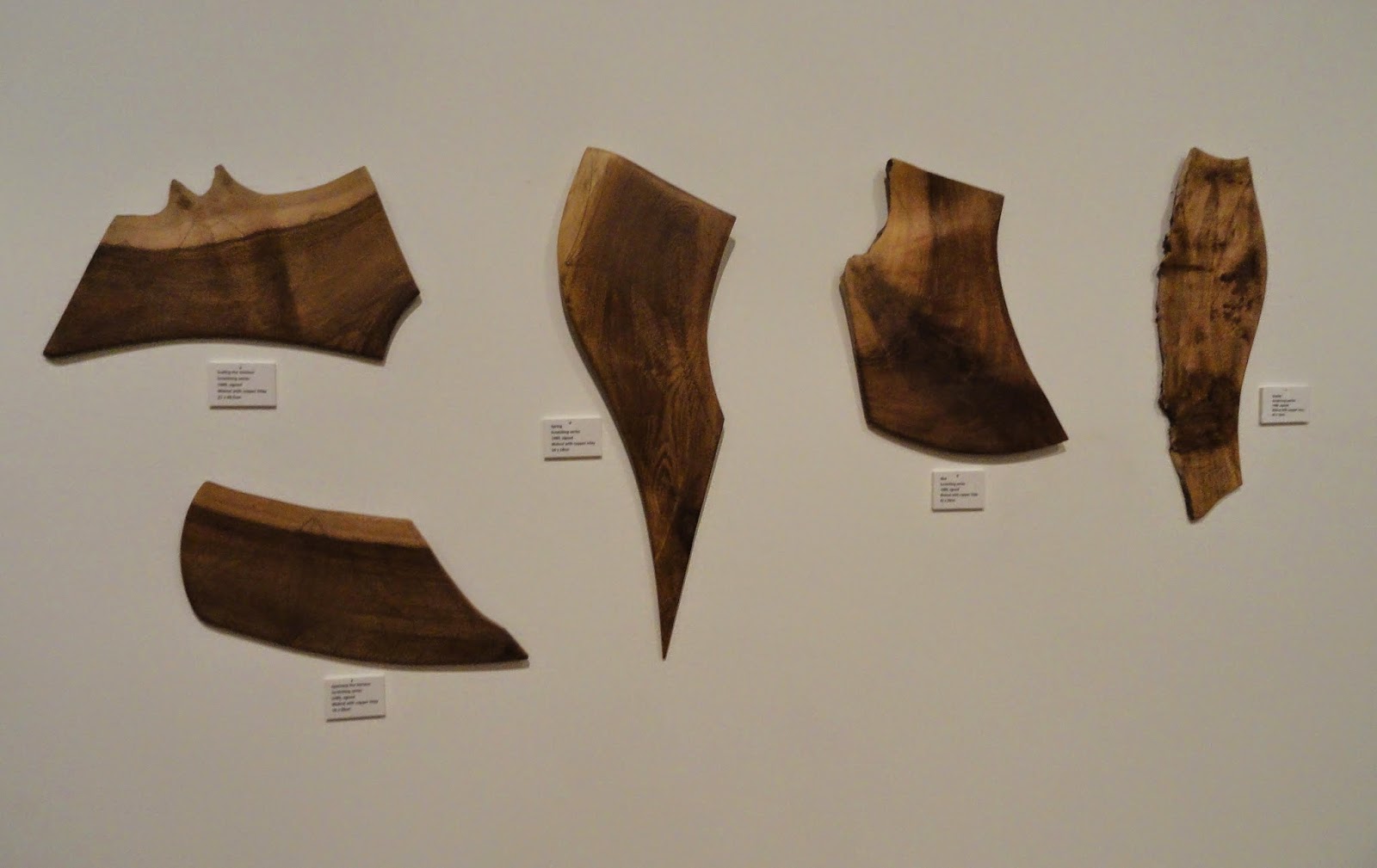 His chairs were always sculptures in disguise. Tactile in the extreme. it's hard not to reach out and touch. Pragamatic and sensible, Tim knew it would be hard to make a living as a sculptor, so put his talents into innovative sculptural furniture. His widow, Maggy said his mantra was that anything he made should be comfortable, useful, practical but visually stimulating. 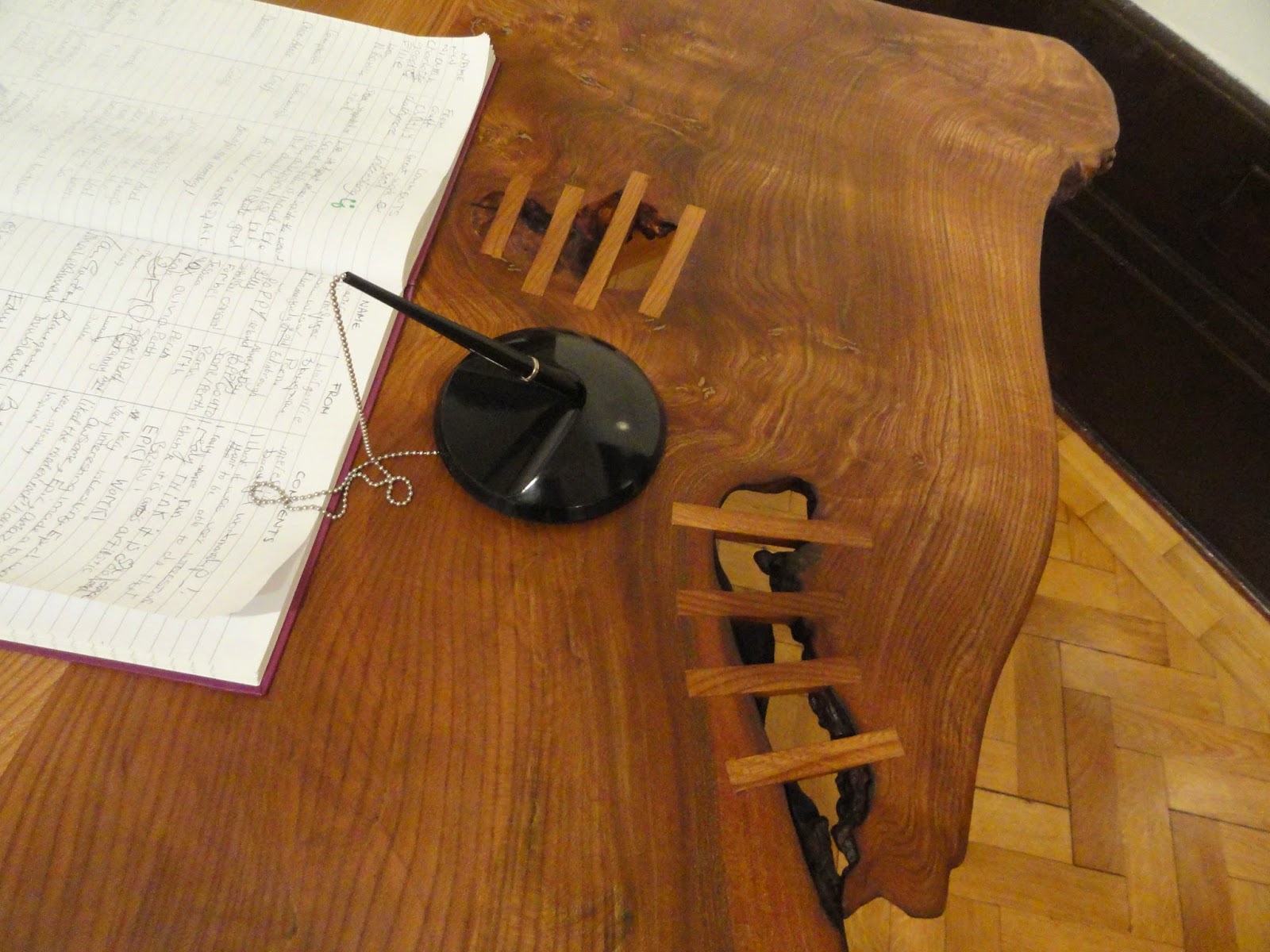 I wrote about him many times in the Herald from 1982 onwards. Happily you too can now search my 30 year archive via GSA archive  http://www.gsaarchives.net/archon/?p=collections/findingaid&id=482&q or  Link to www.ScottishArtArchive.com 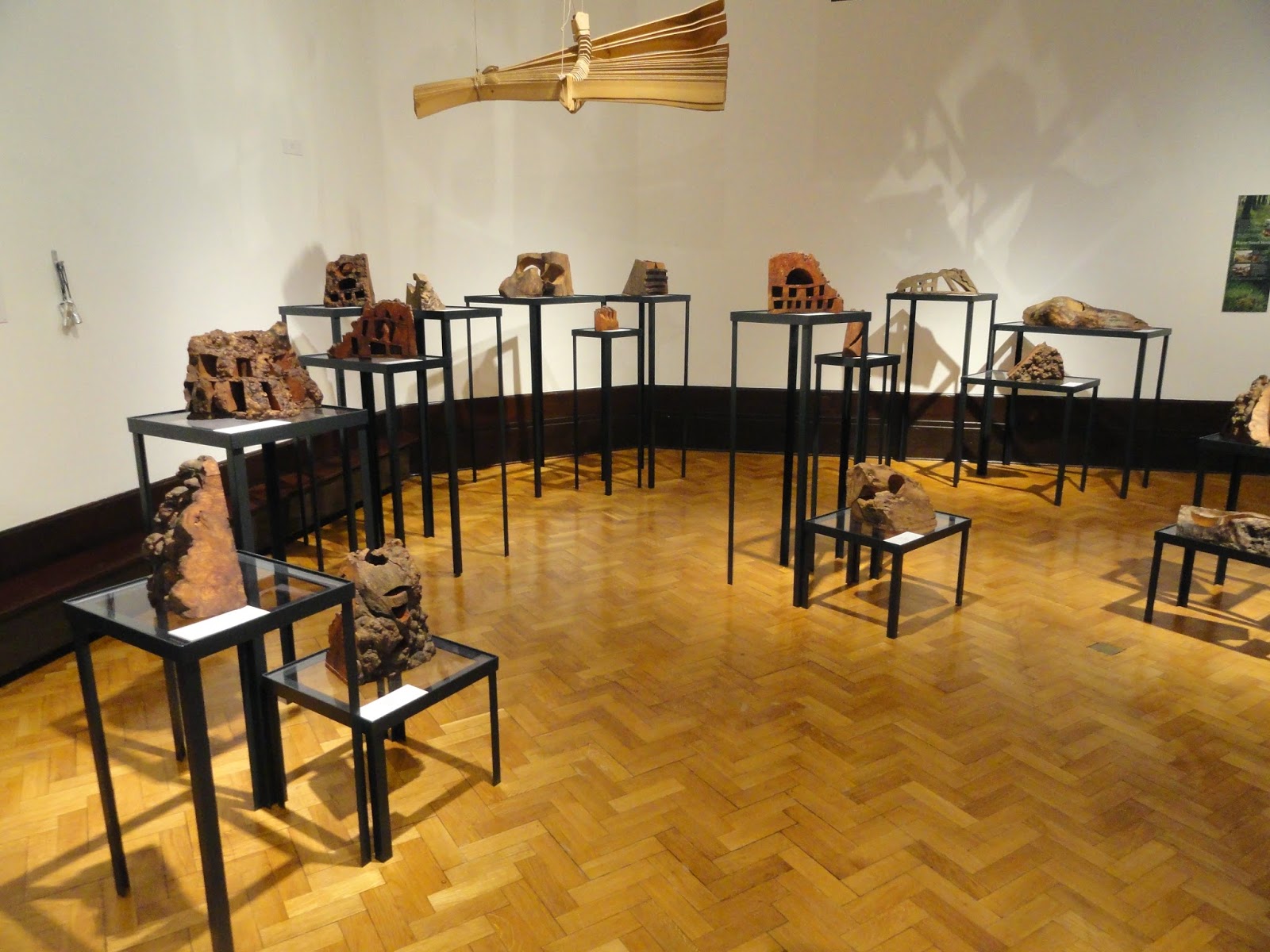 In January 1983 he showed at the Collins Gallery. I wrote, " He has used this grounding (training as a sculptor) in the interplay of solid form with spaces round and in between to great advantage. Each piece of oak, ash, elm seems to come to life again as he carves and shapes it with saw & chisel, developing planes & curves, facets & edges which invite caresses. He encourages this feeling of approachability by lavishing oil & beeswax on to his chairs, tables, shelves & dressers to reveal & enhance the grain & colour of the wood." 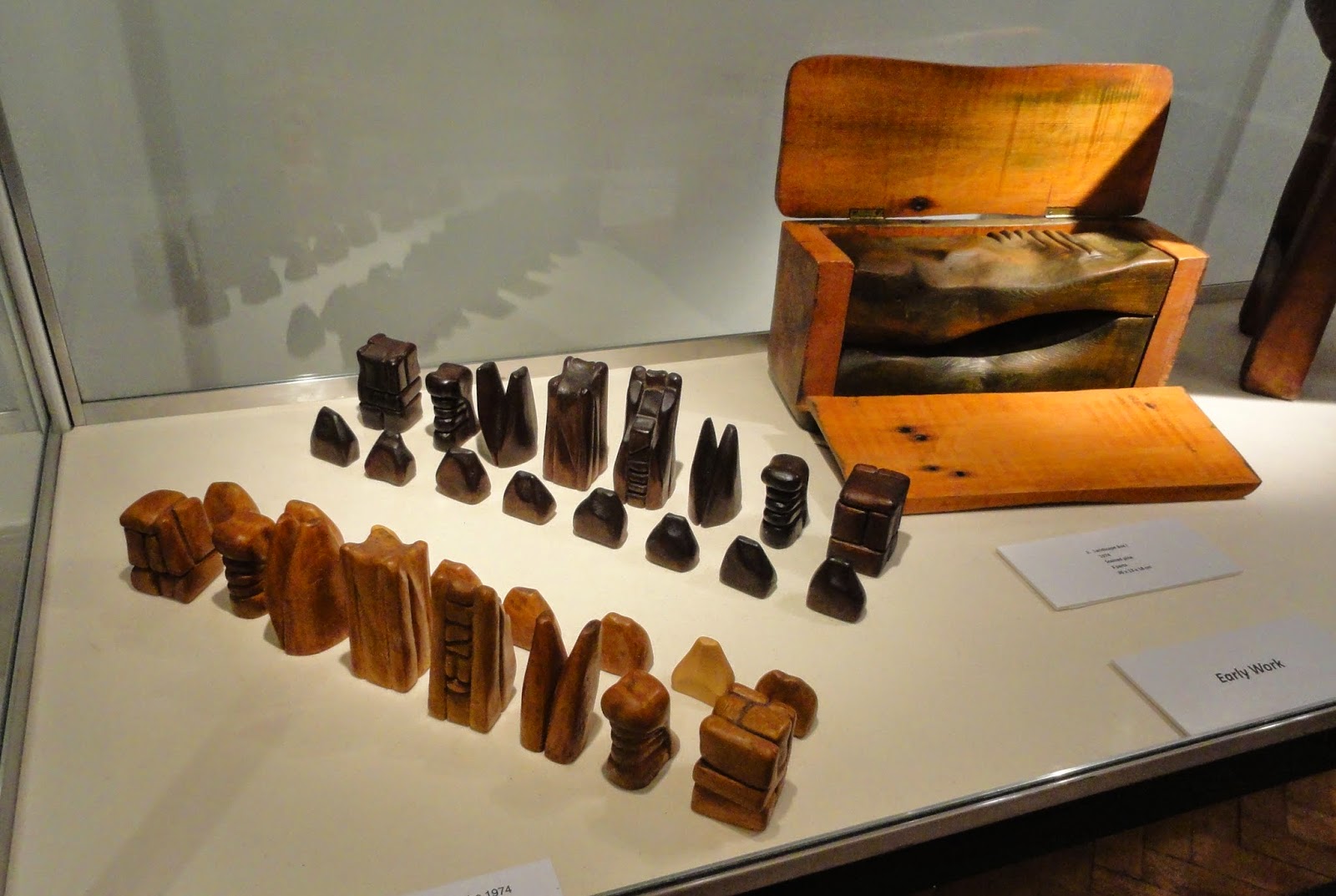 In 1990 his big show at Glasgow's Compass Gallery was called Layers: An Exploration in Wood. We looked at a complex carved piece of pink grained yew. Tim turned it from the horizontal to the vertical. "You could easily put it on a plinth - but I wouldn't want to. I don't like to. Conventional sculpture is off-putting; remote. You're not supposed to touch" 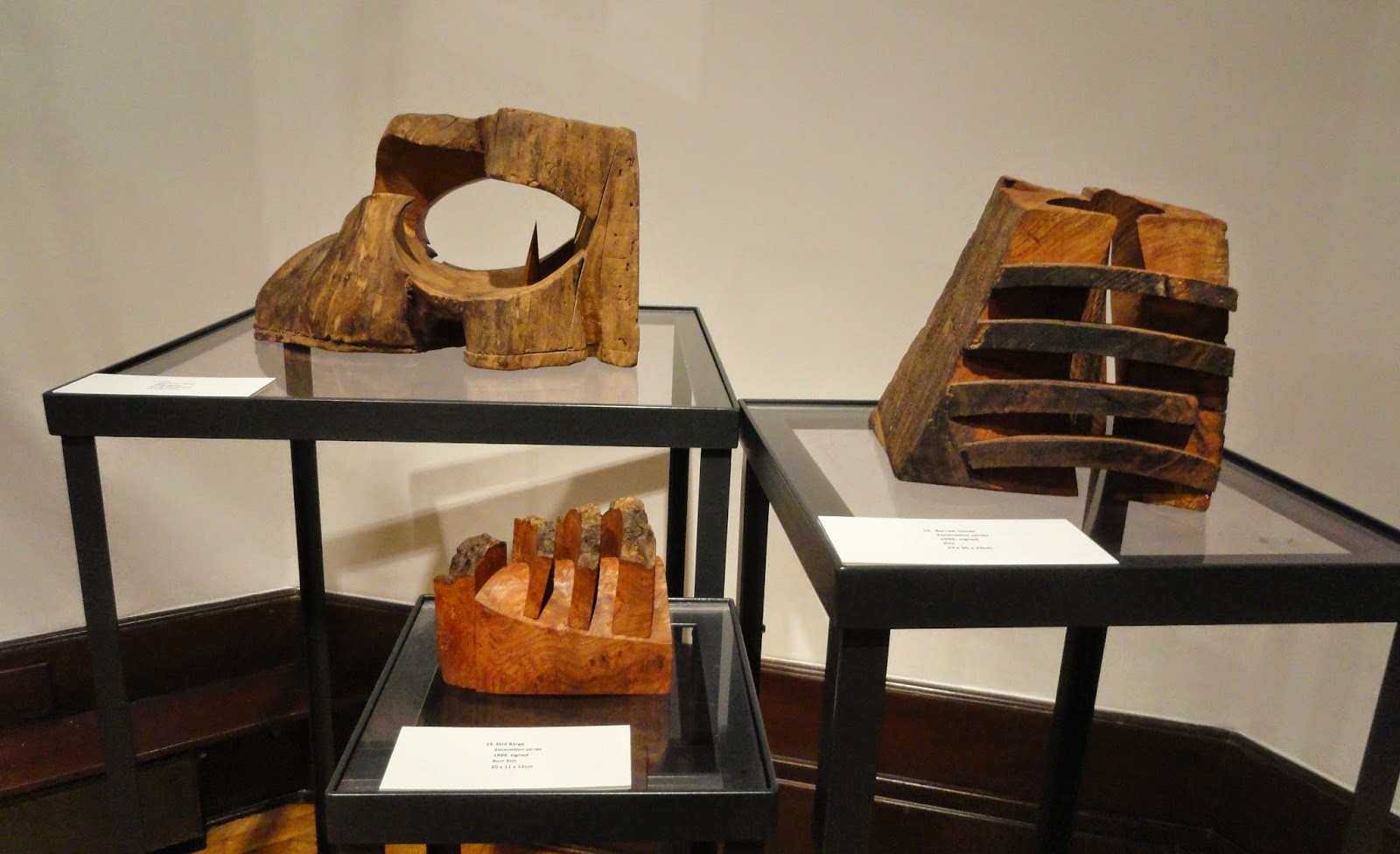 There, as at Perth, there were many wooden pieces to play with, 3D jigsaw puzzles with towers & slots, grooves, secrets.  "Pick it up. Handle it. Feel it. Look. This one opens out and that one lifts up." Multiple segments of excavated wood are here to explore.
Stead told me "When a tree is sawn thro each slice reads like a book revealing colour & lines from the past which suddenly reflect light after 100 years or more. All of nature inter-relates & within the wood there is landscape, history, sky, water, interlocking forms, & infinite scope for speculation." The show has a nice video too, so u can see this 'object maker' as he called himself, talking for yourself.
REACT- REFLECT-RESPOND presents work by 11 artists who have been inspired by the spirit and themes of Stead's work. It is a lovely, graceful show demonstrating the skills and talents of people around today. 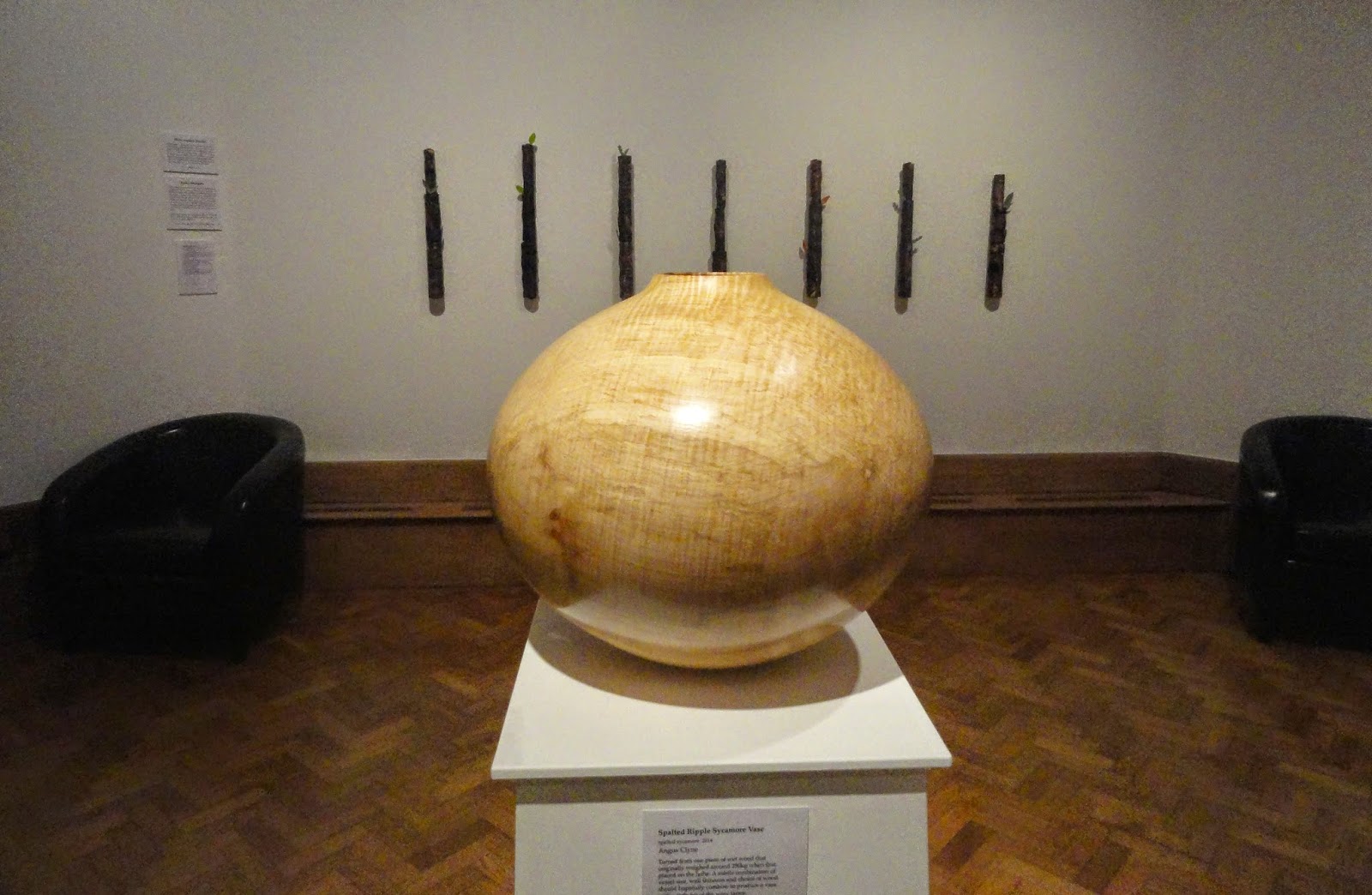 Perth is  home to the FERGUSSON  GALLERY nearby in Marshall Place, but currently Perth Art Gallery also presents FERGUSSON & NATURE. He lived in Glasgow's West End from 1939 till his death in 1961 age 87, while his partner Margaret Morris lived there till 1989, aged 89.
Their flat overlooked Glasgow's Botanic Gardens so it's not surprising to see the Gardens feature in his oil paintings along with the River Kelvin. I visited Margaret Morris in their flat in the early 1970s. She was lying in bed & was very autocratic. She had summoned me there for tea - ringing me at 7am to arrange it! 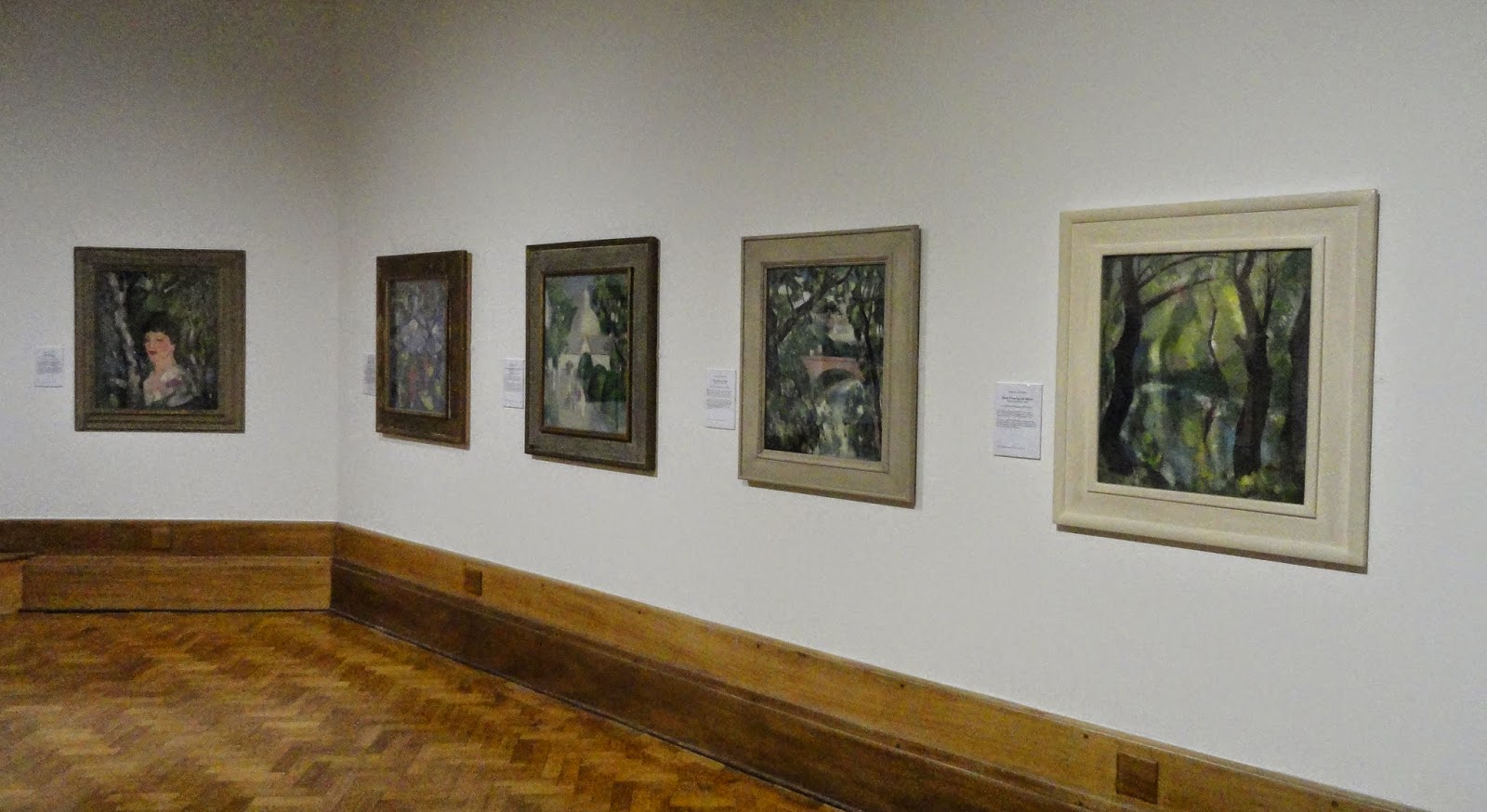 They normally lived between Scotland and the south of France. The exhibition also includes studies of flowers, and landscapes of verdant greens and blues. 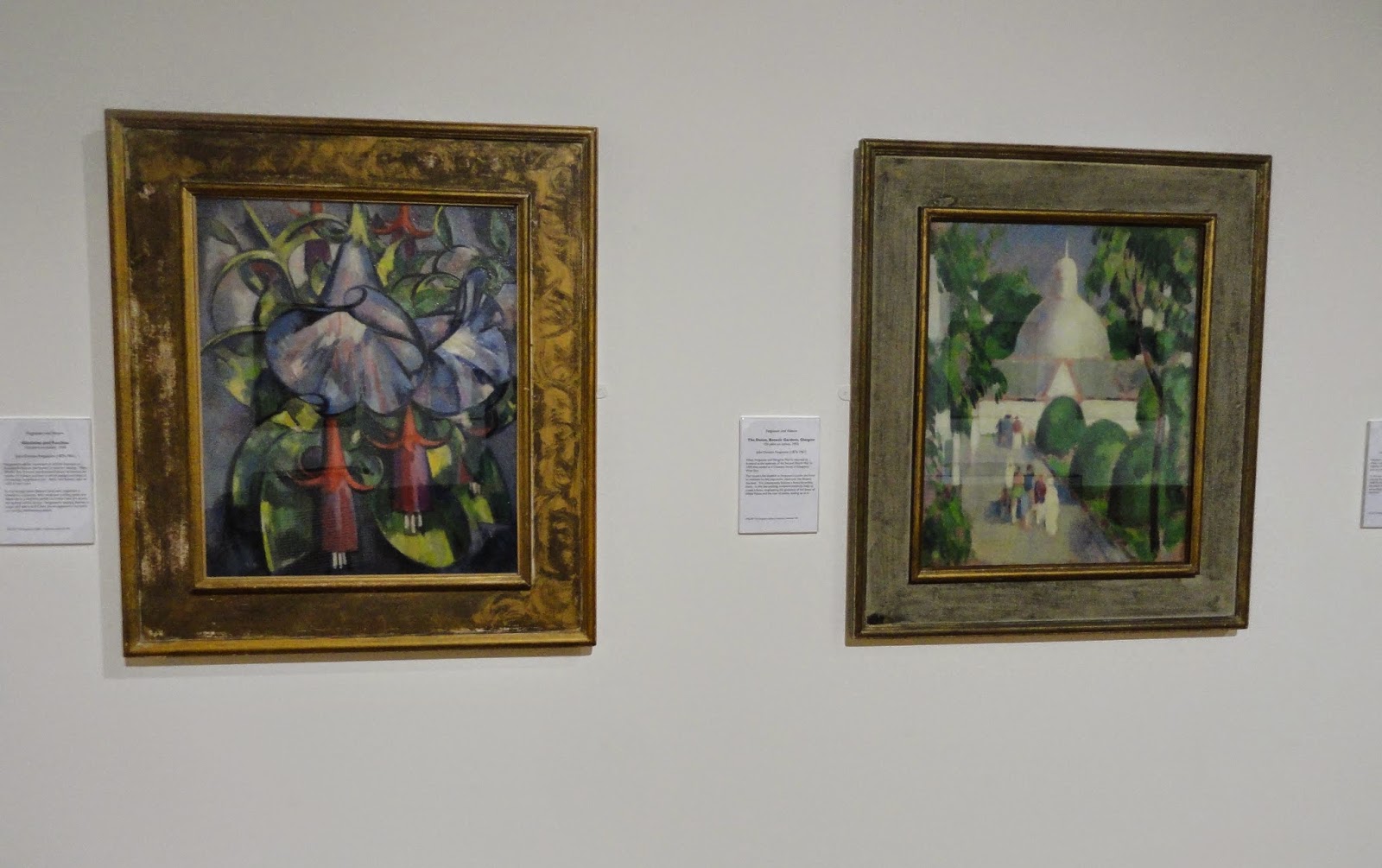 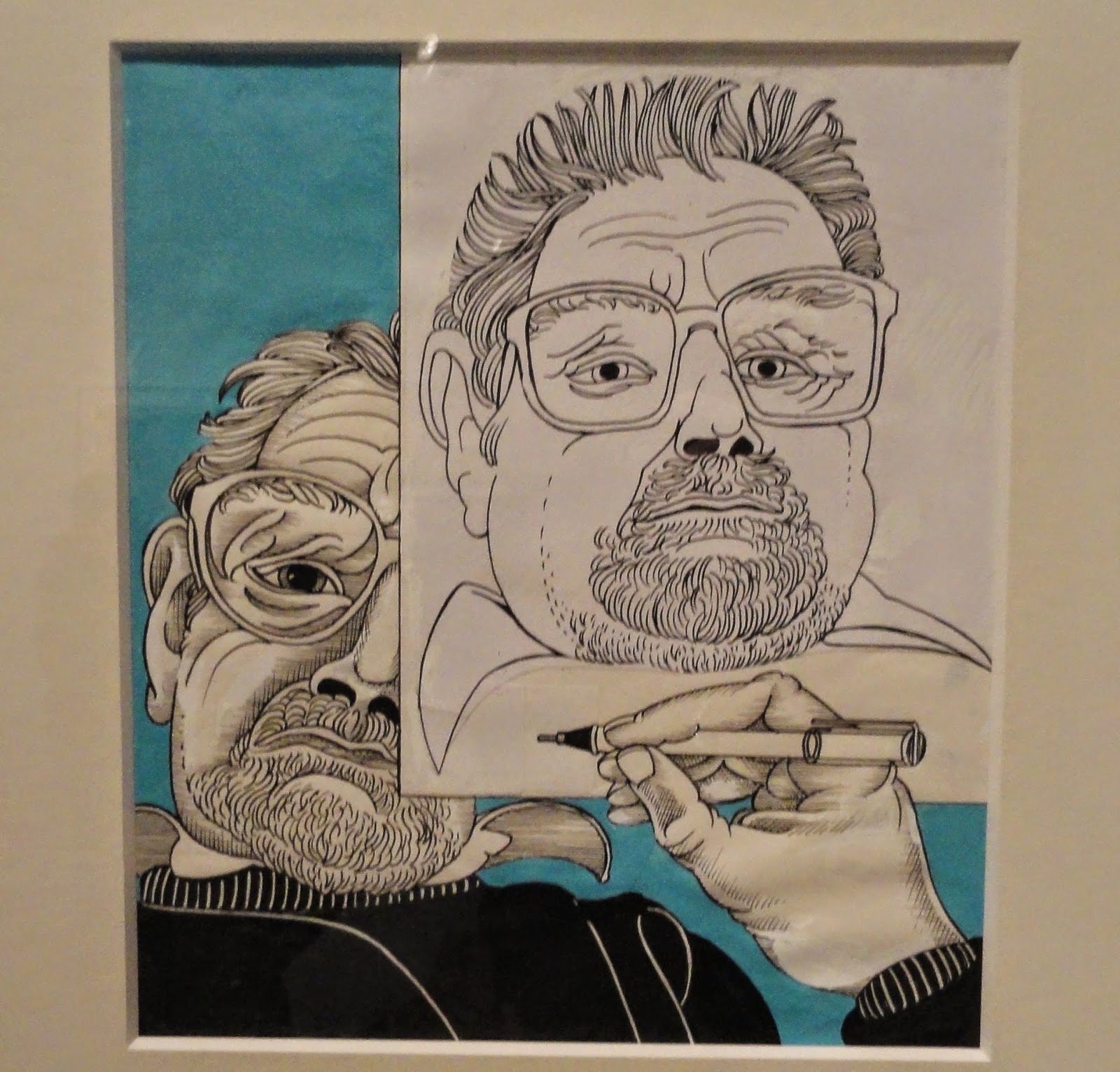 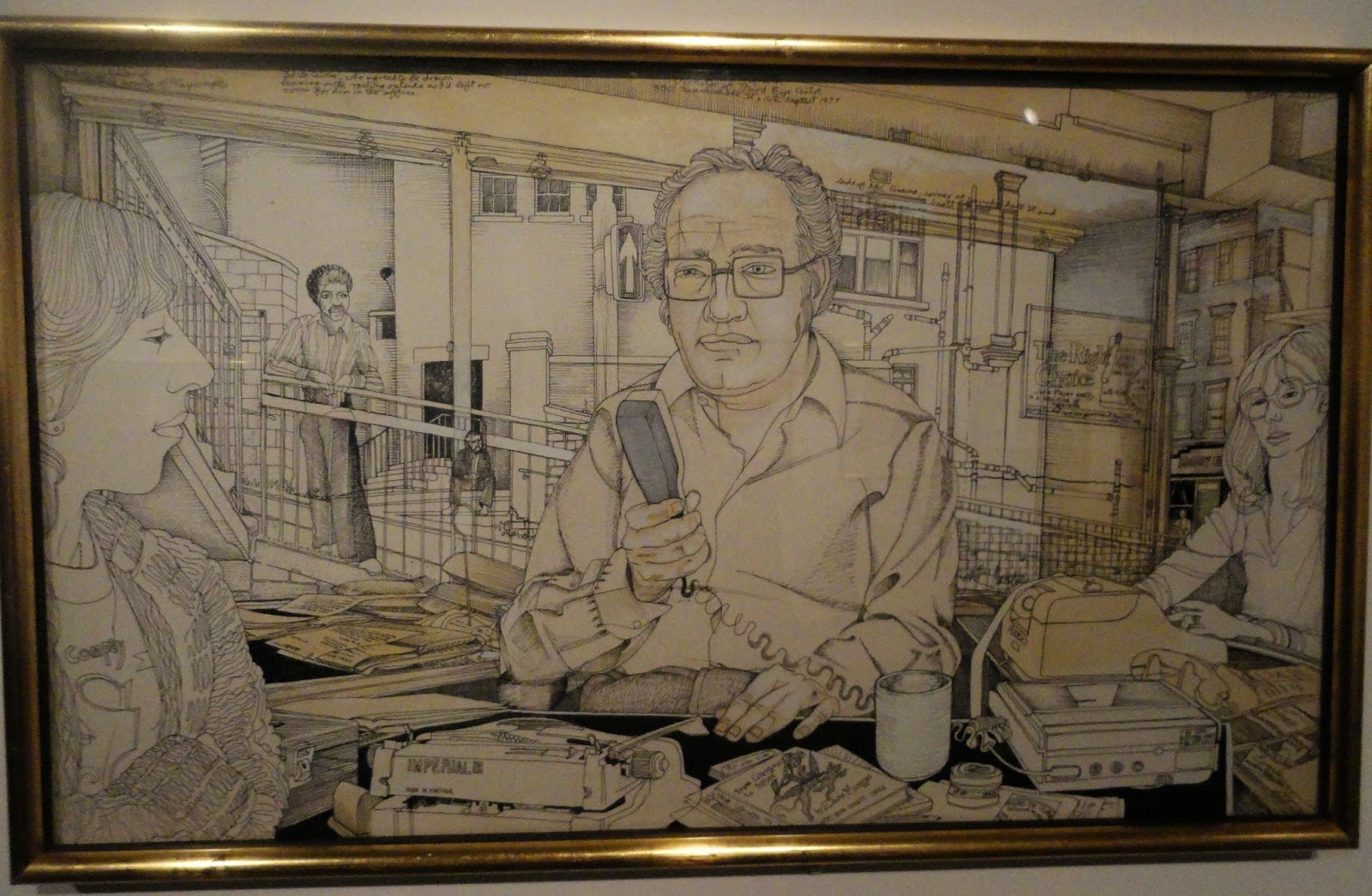 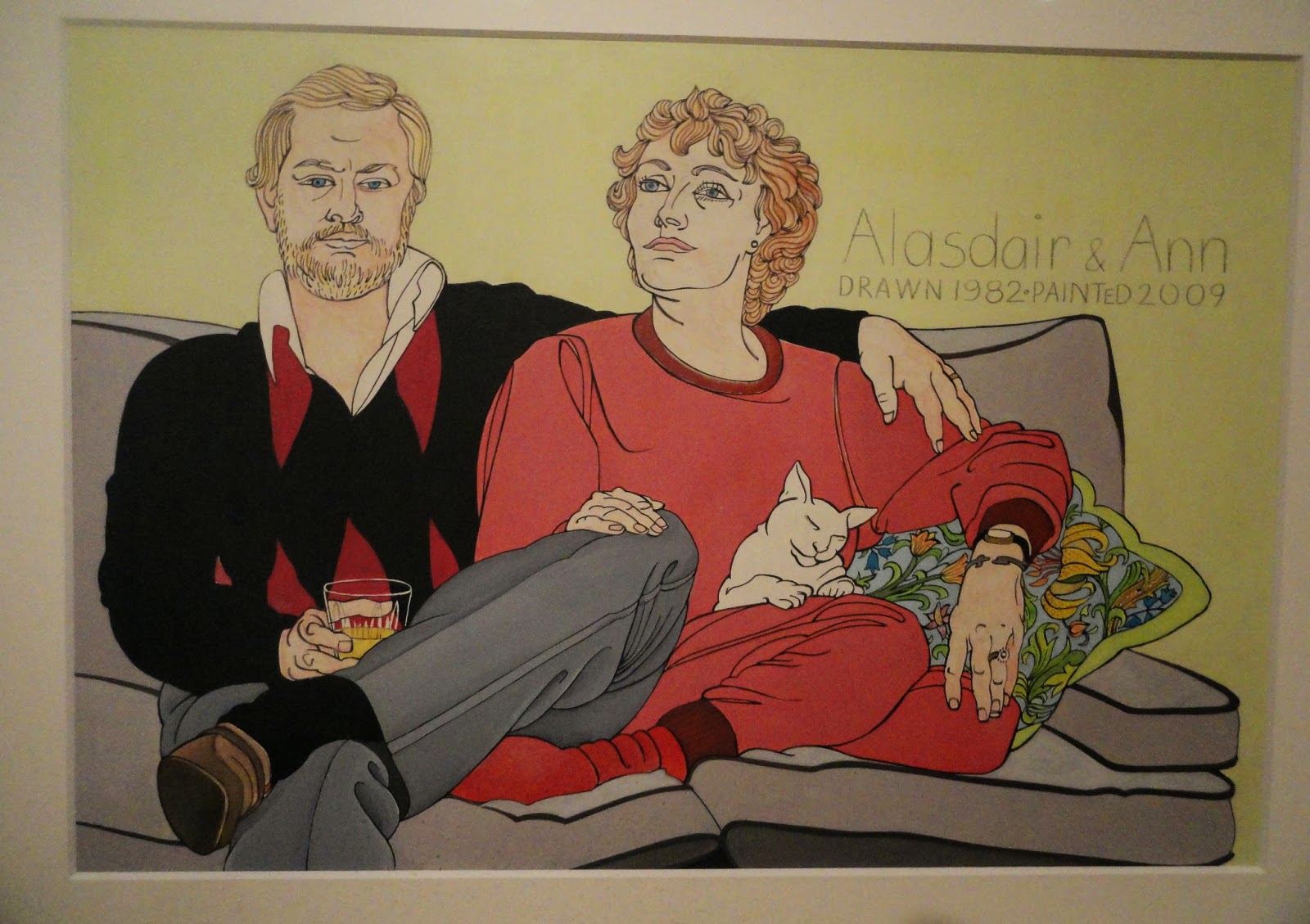 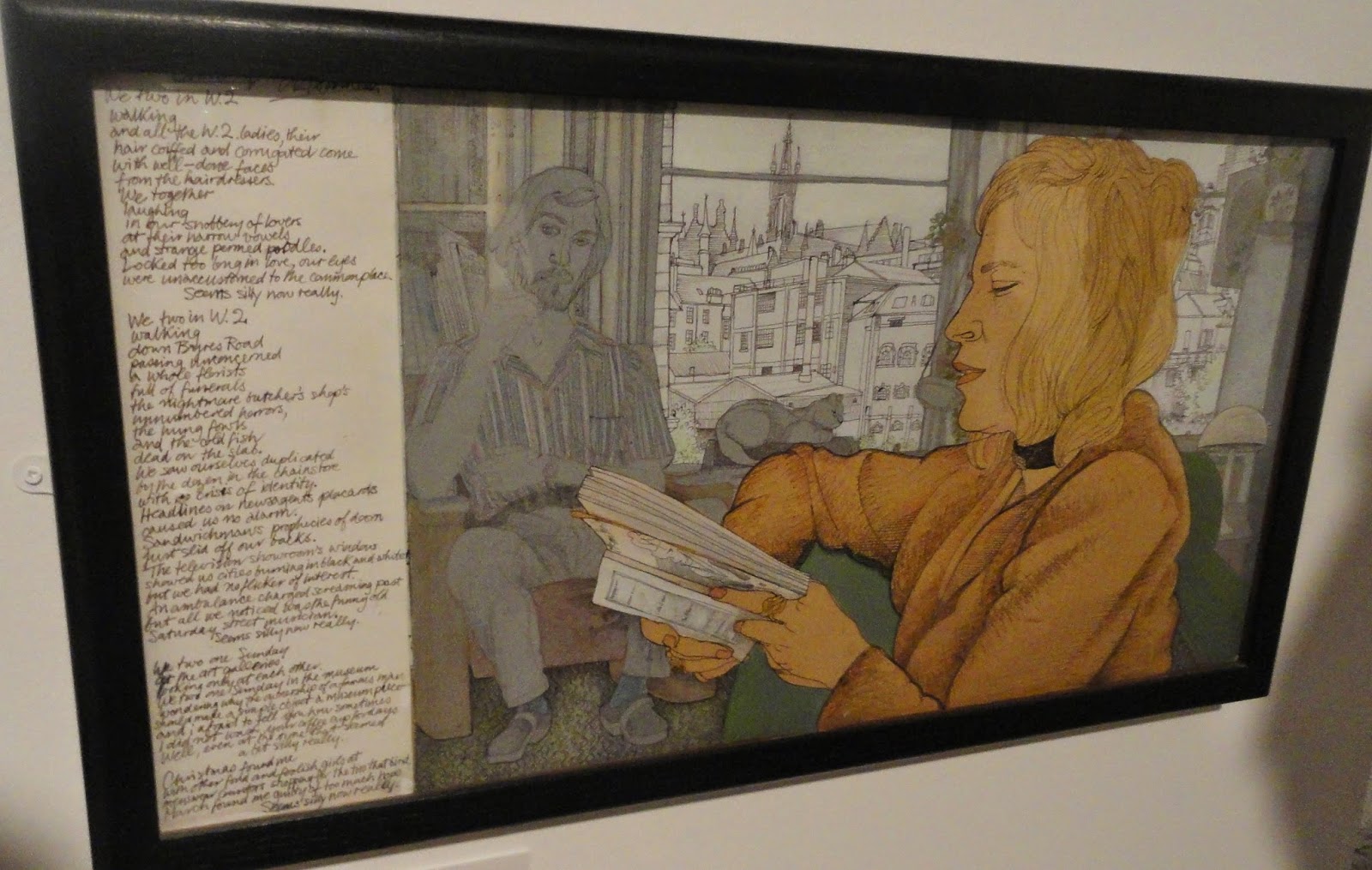 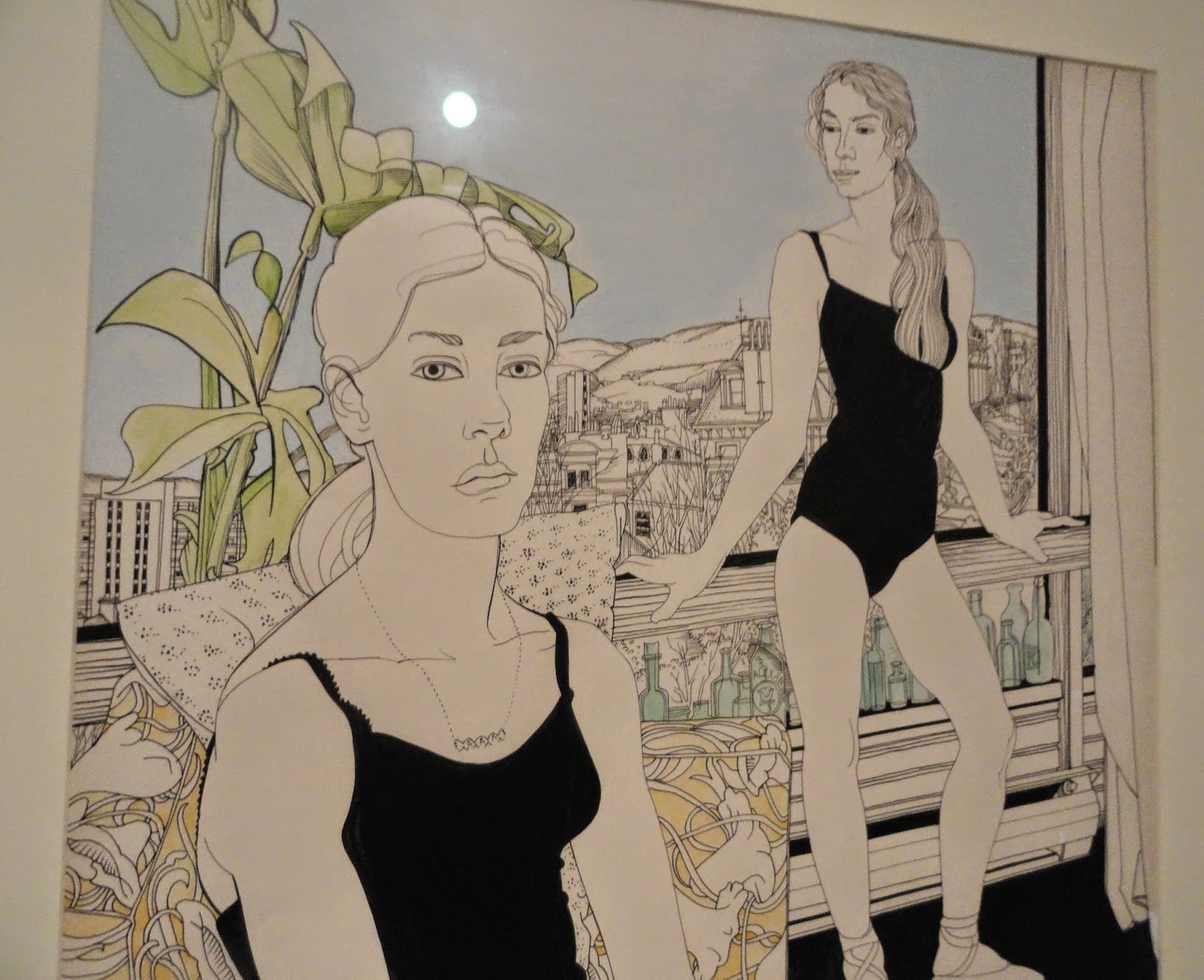 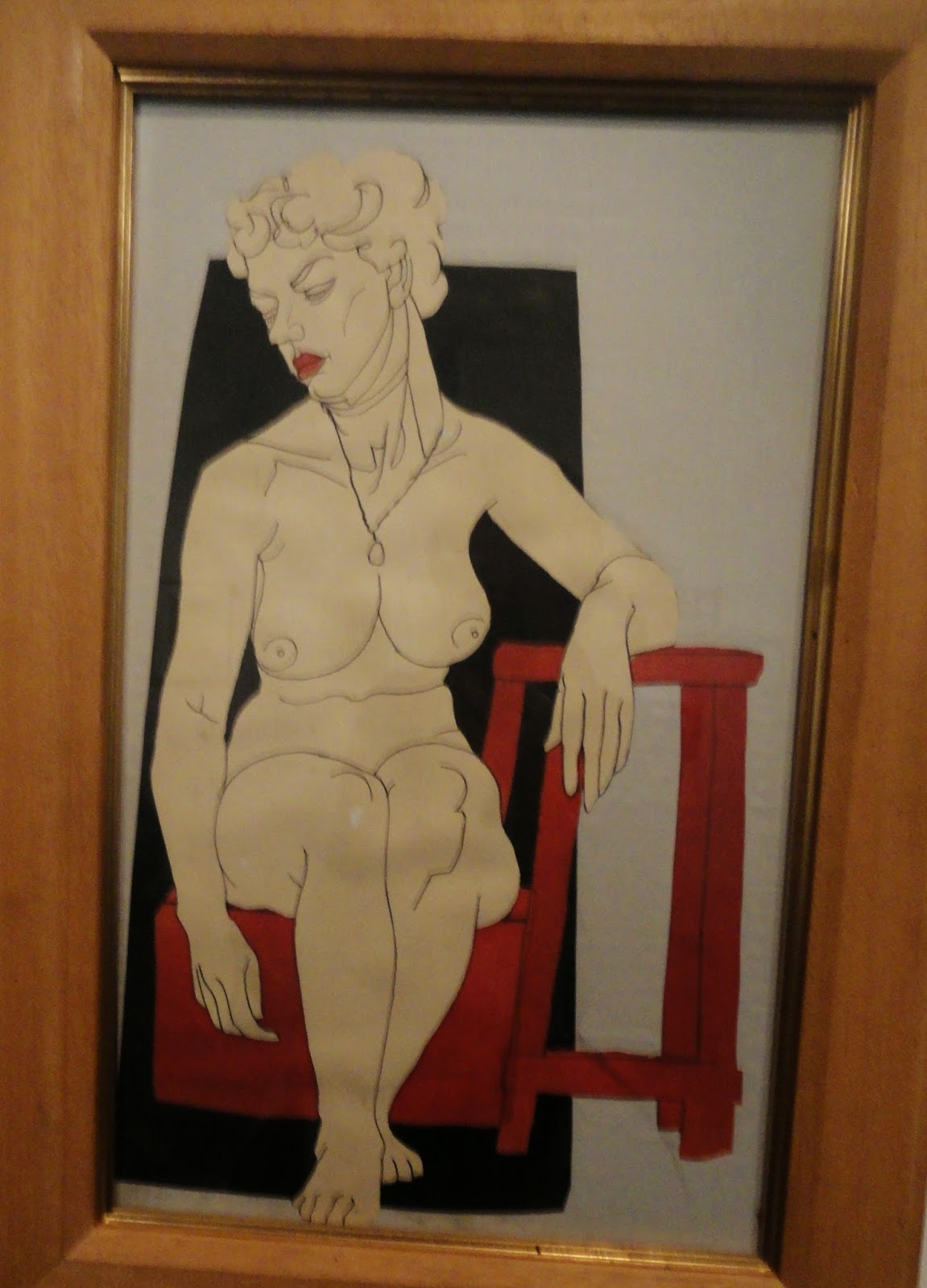 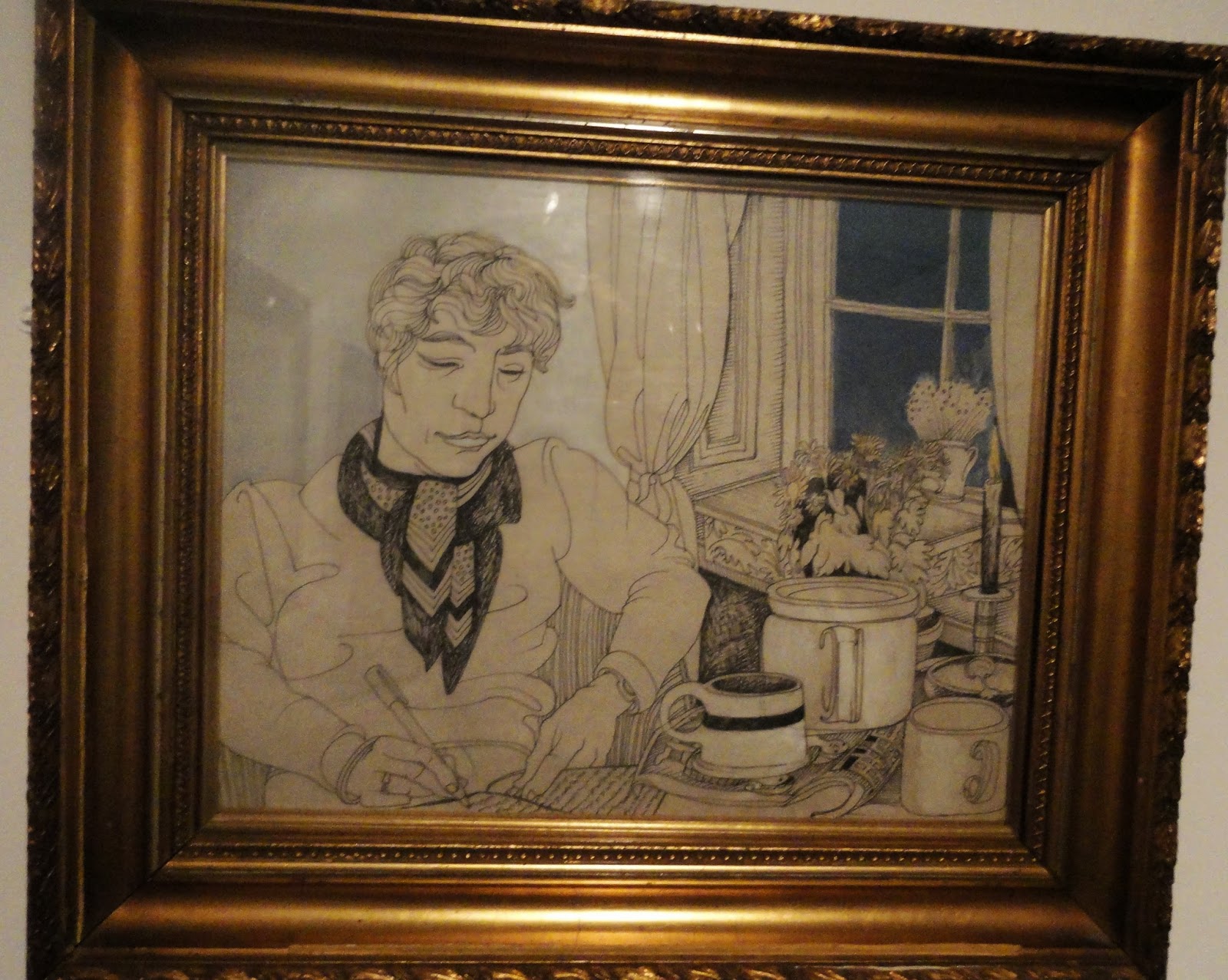 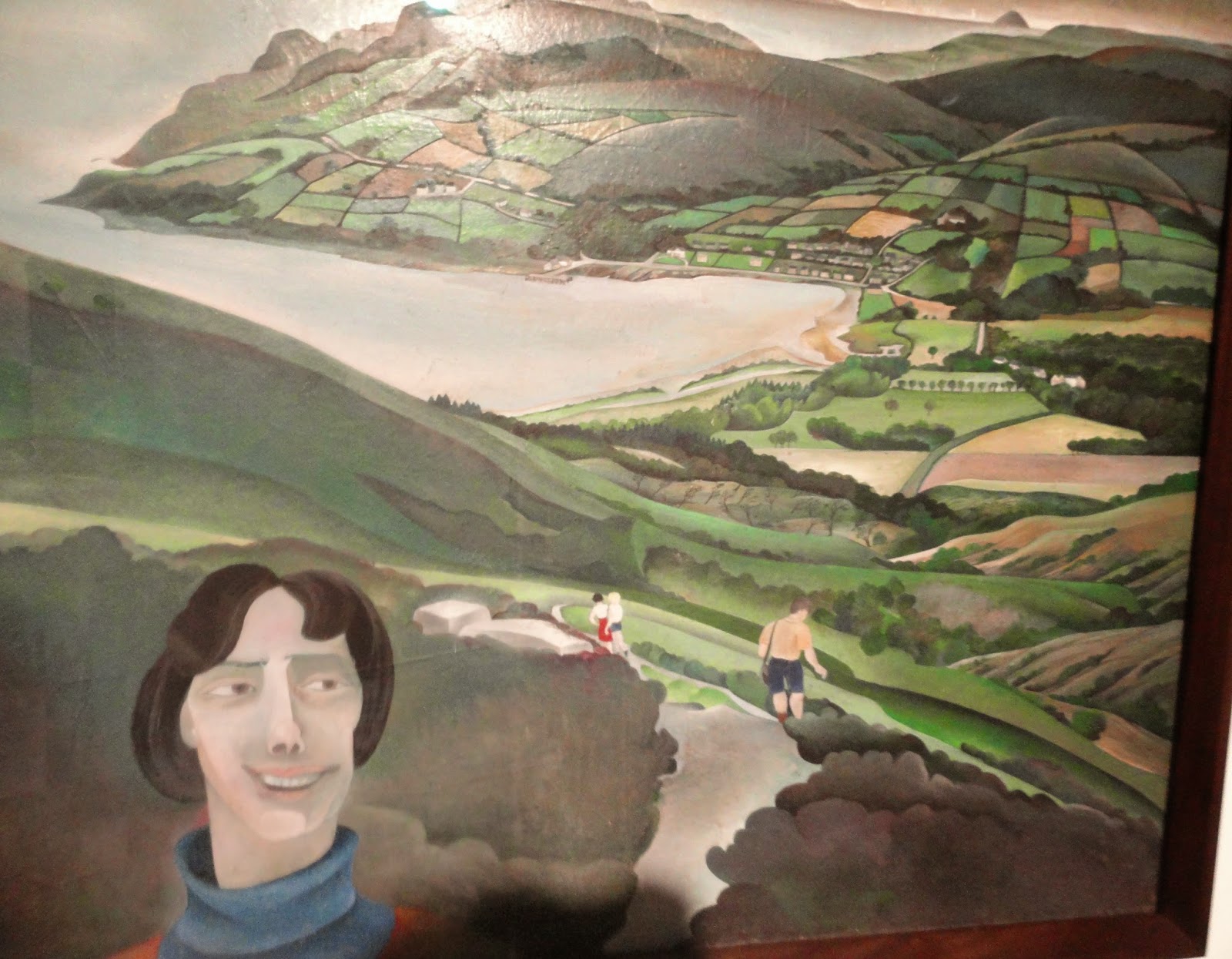 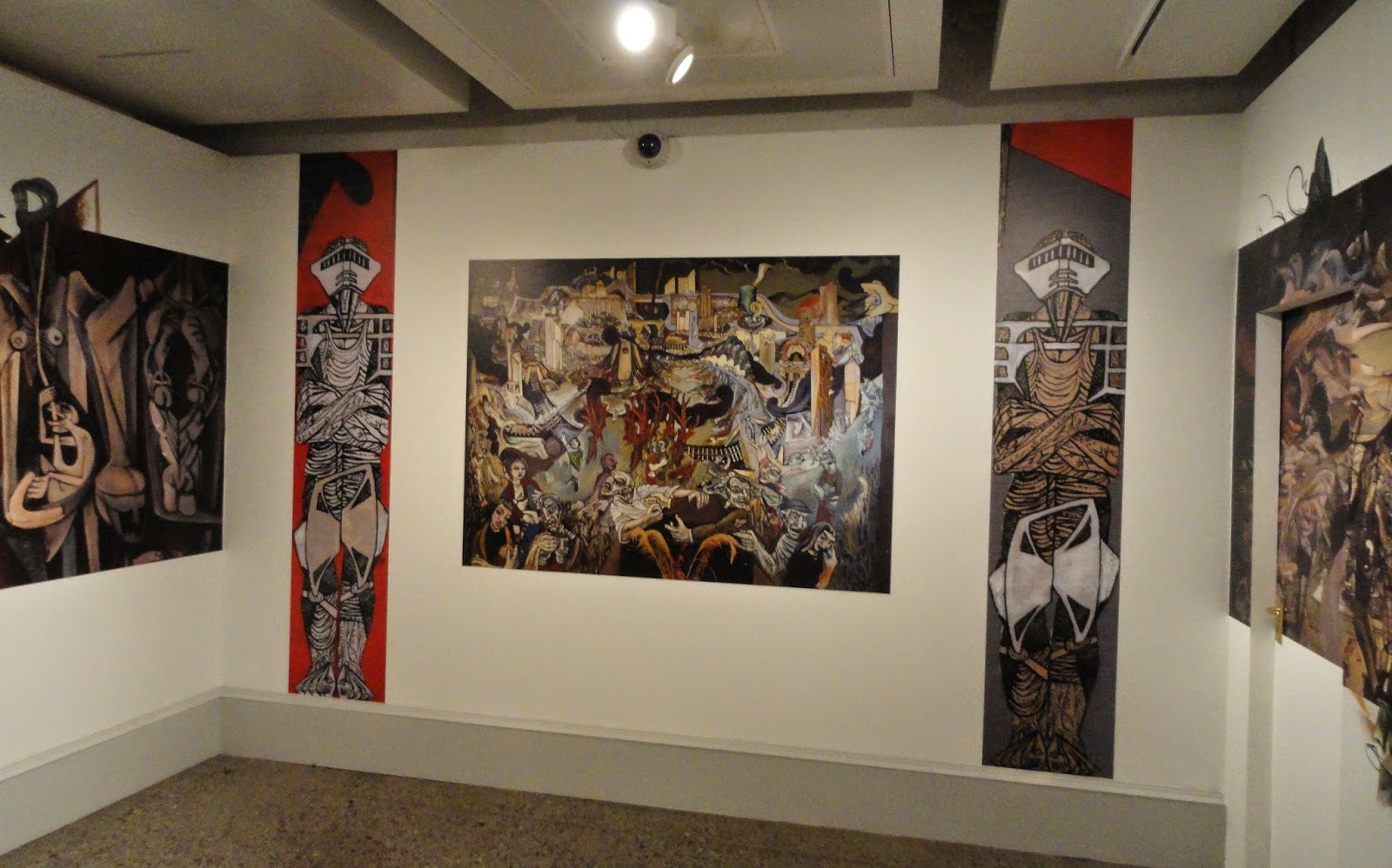 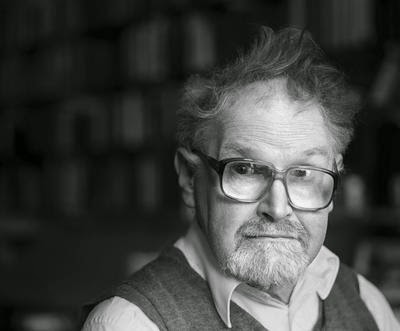 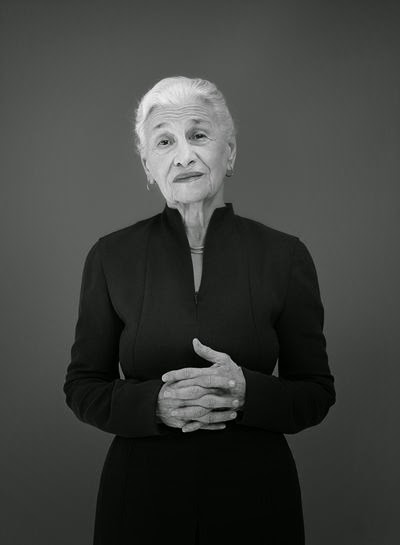 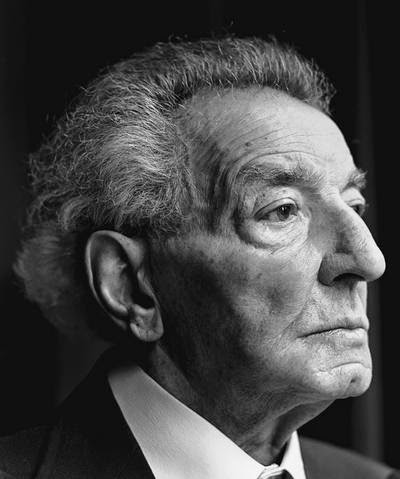 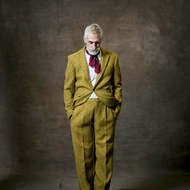 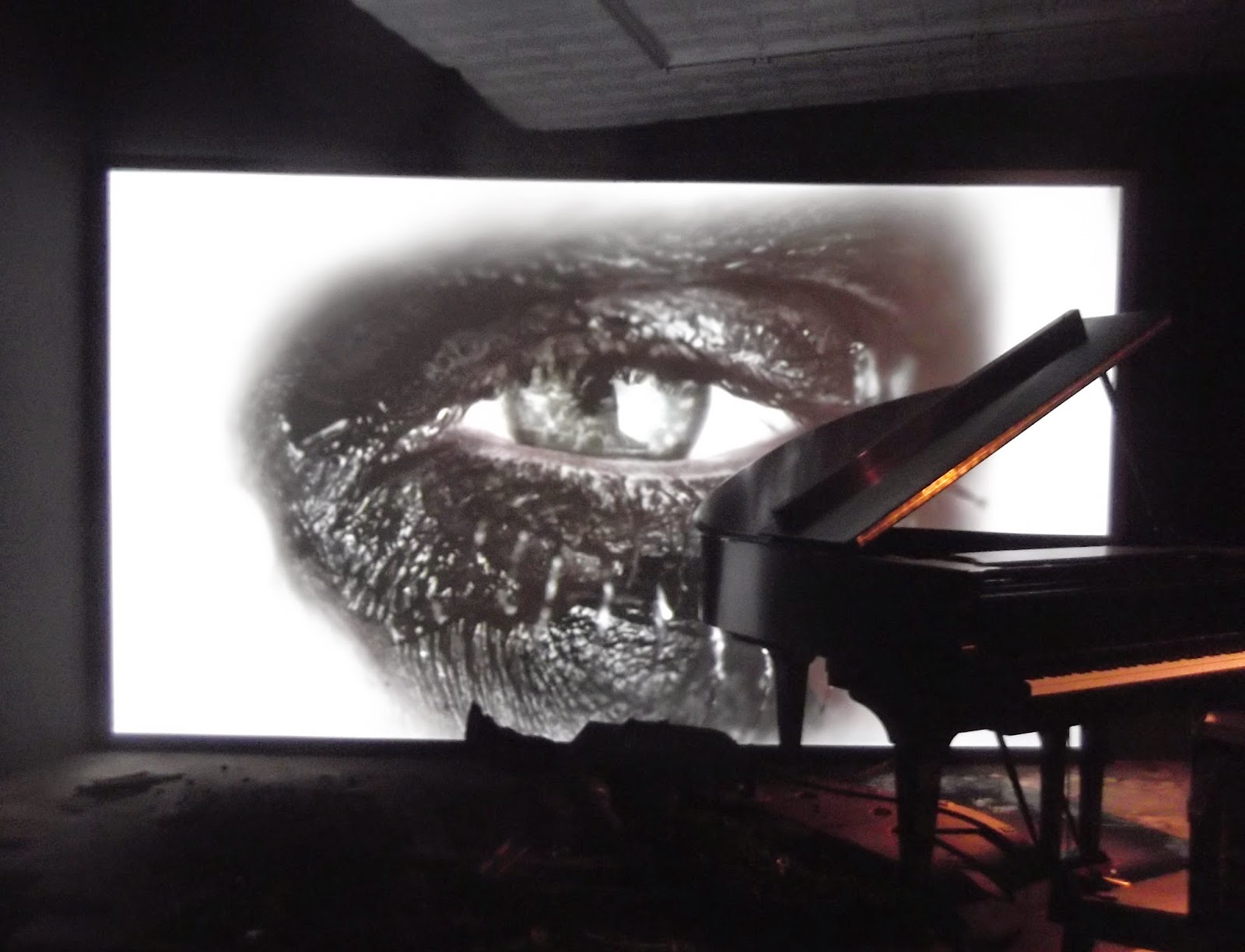 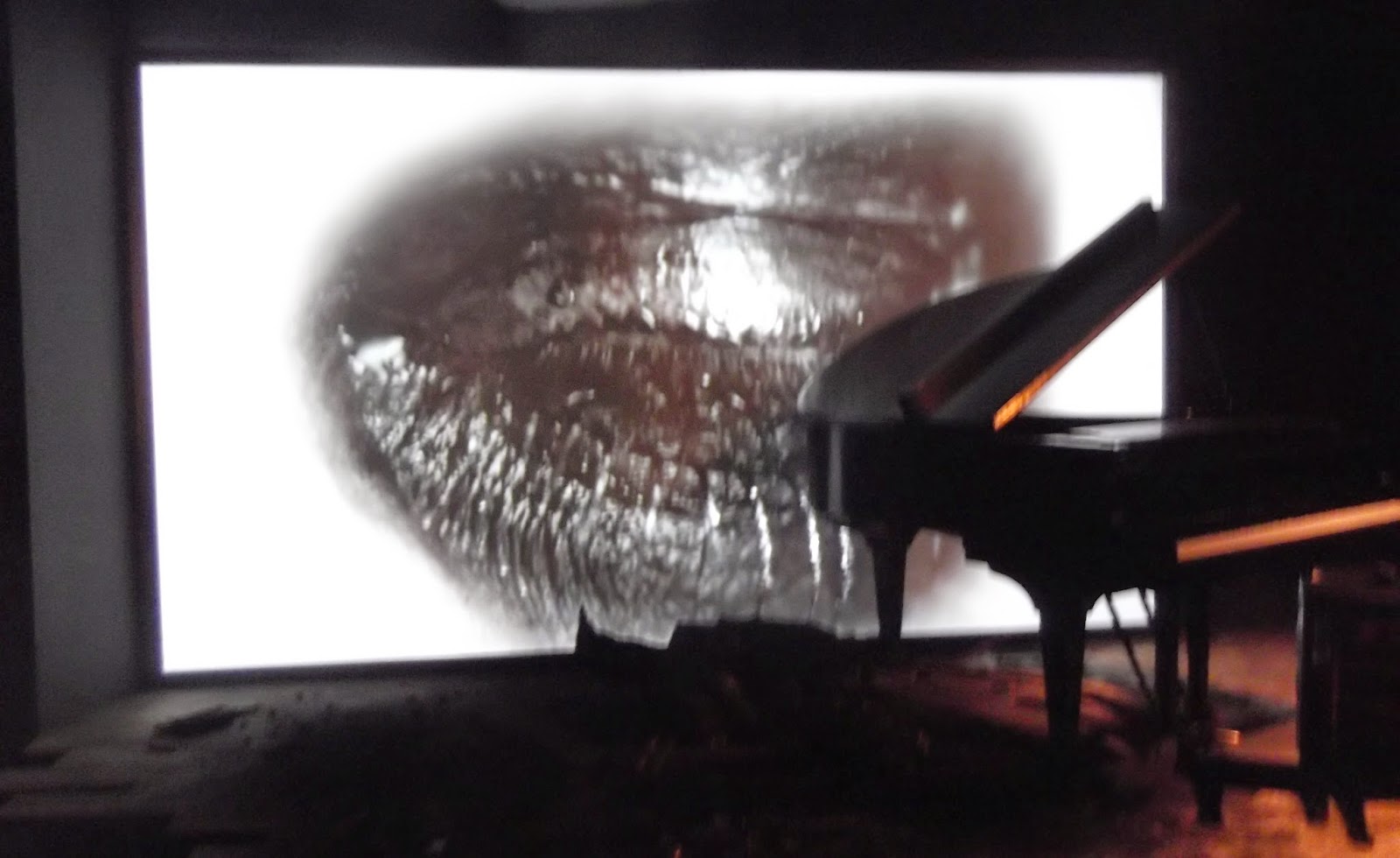 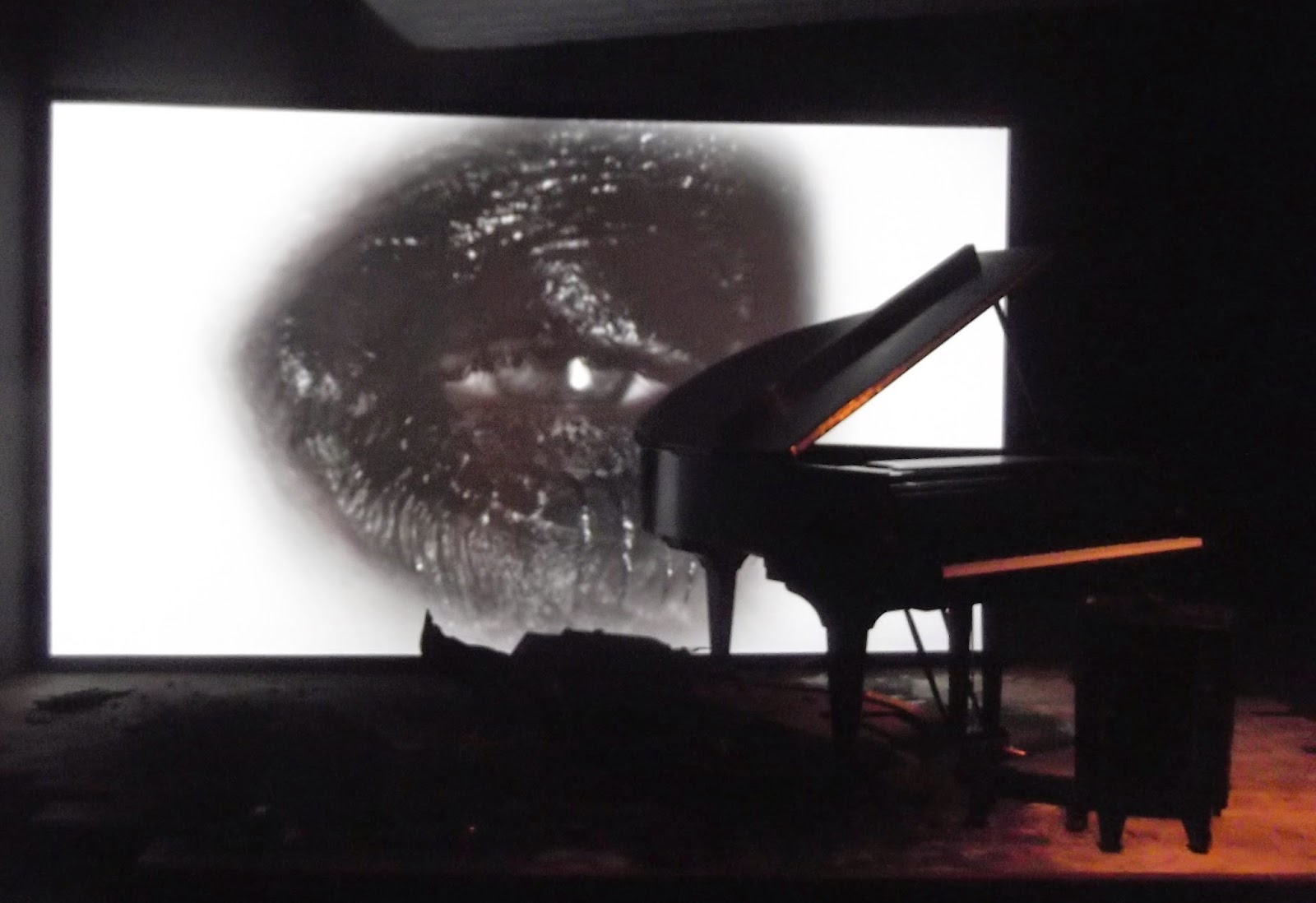