Can one have too much art?? We went to Matisse The Cutouts today; yesterday the superb and wonderful Leonard Lauder collection of CUBISM at the Met & at the weekend saw impressive David Smith show at the Clark Museum + some really great exhibitions (& one awful) at MASS MoCA in upstate Massachusetts along with beautiful glimmering gold & burning orange Fall foliage 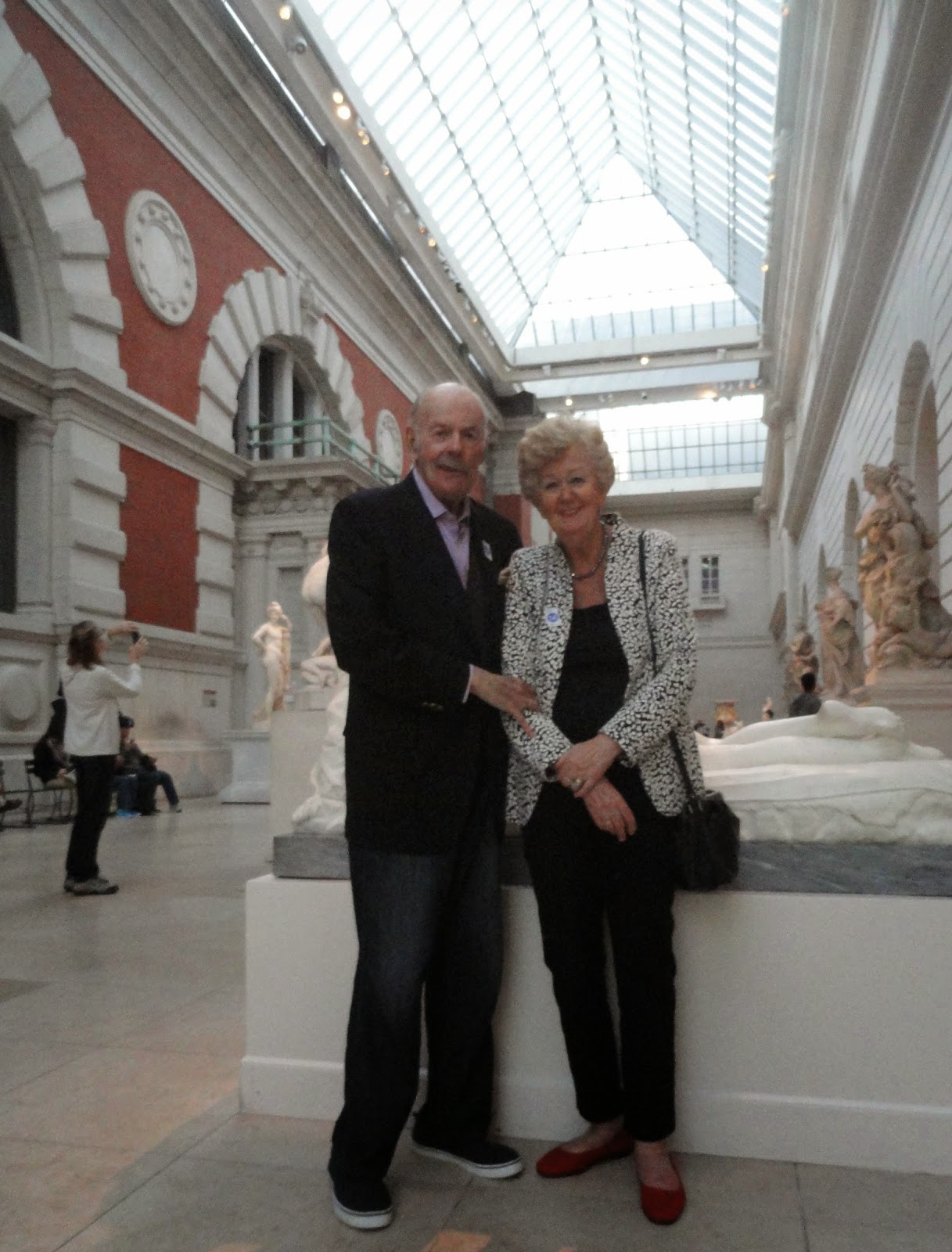 
Rarely does a NY tabloid come up with the perfect short caption but this week even the Post could pun, "It's a gift from the Art." Cosmetic chairman, Leonard Lauder, of Estee Lauder, just gave the Met $1 BILLION worth of Cubist paintings. 81 works, (34 by Picasso, 17 Braques & 15 each by Leger and Gris) dating from 1906-1924 fill 7 galleries. 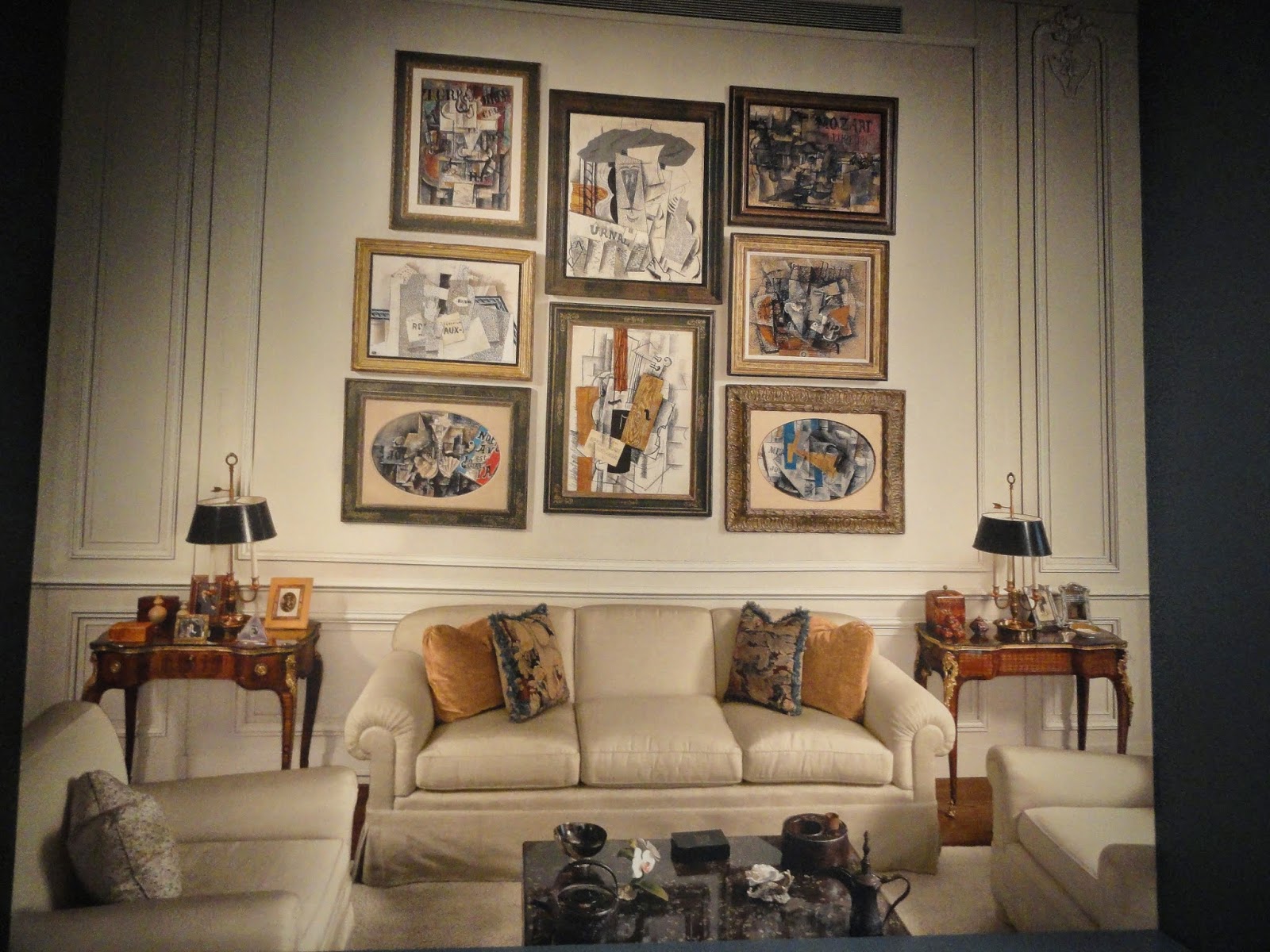 8 Picasso & Braque pix in the Lauder house early this year. 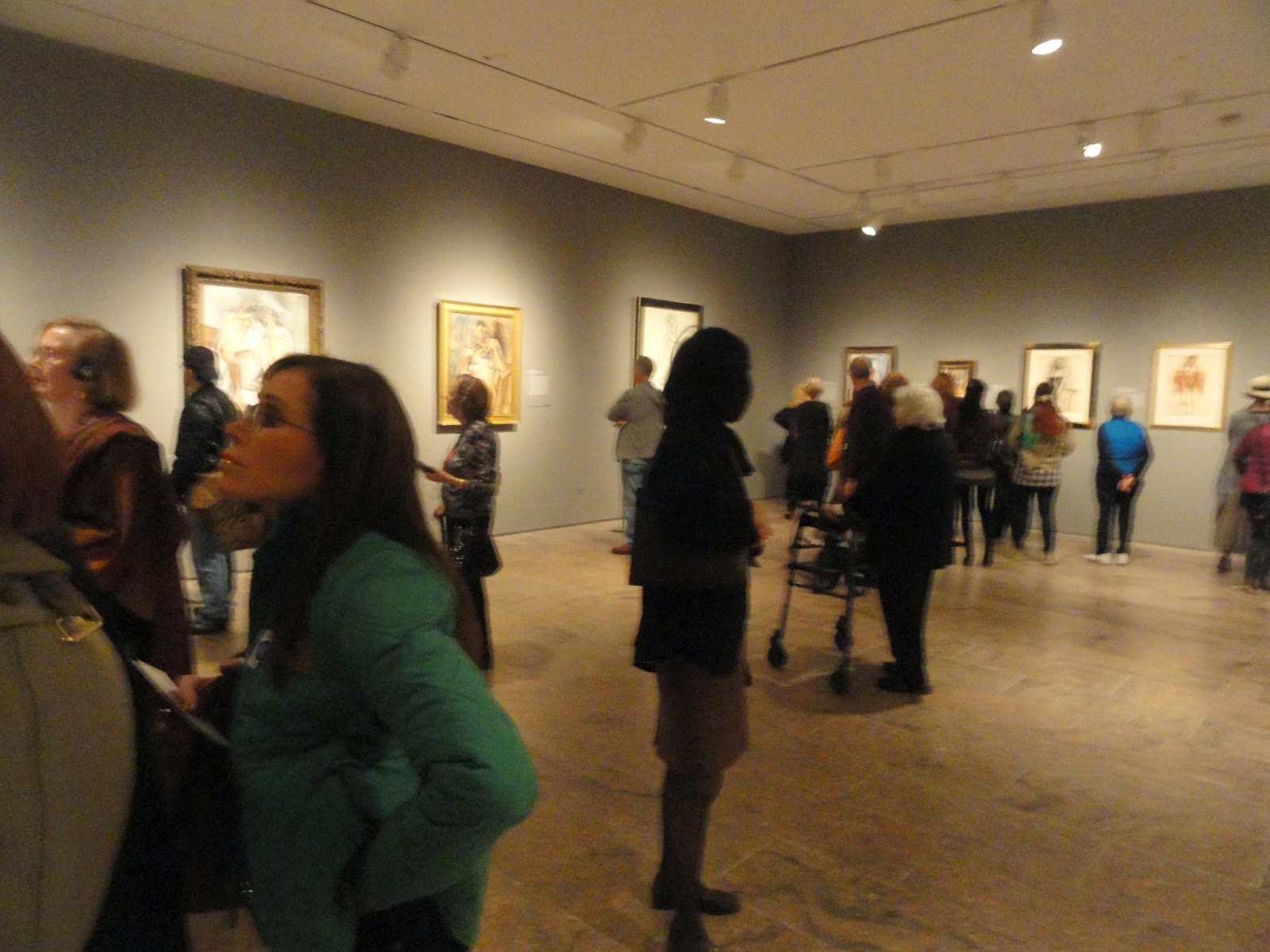 One gallery is totally Picasso with studies for his breakthro Demoiselles d"Avignon; one gallery all Gris - punchy and colourful; one all Leger, full of cylinders & pyramids, basic geometric shapes. The collection charts the development of cubism in all its complex twists & turns from tentative beginnings where Braque led the way, via analytical & synthetic cubism. Leger came closest to totally abstraction.

Picasso said that in Paris from 1909-11 "Almost every evening I went to Braque's studio or he came to mine. We HAD to see what each had done that day. We criticised each other..."

Till this amazing gift the Met had little Cubist work, indeed NONE at all till 1990s. Now at a stroke things have changed. "The joy of living is the joy of giving" said Mr Lauder. Fantastic.
MATISSE

Matisse The Cut-Outs  received 562,622 visitors in London making it the most popular exhibition ever held at Tate & the first to receive over half a million people. 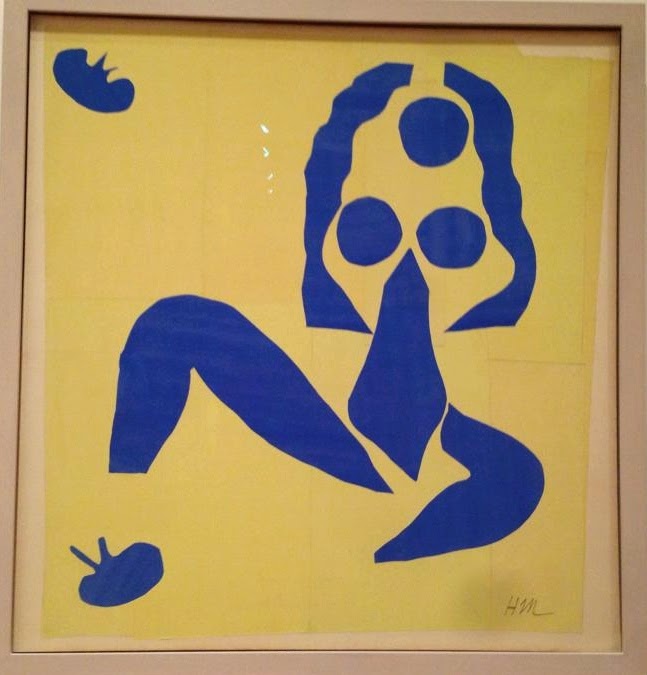 Now in NY at MoMA +queues round the block. But members can go in 9.30-10.30 before the crowds! There will be lots new members.
The thing that strikes is the intense COLOUR & the scale. At the end of his life in the 1950s Matisse worked on wall-size collages directing his assistant where to pin or nail the shapes with his stick. In the 1930s he used pins, tailor-style as well. The results are joyous and life-affirming. That's why we love these cut-outs simply made with paper & scissors -  true minimalism at its best. 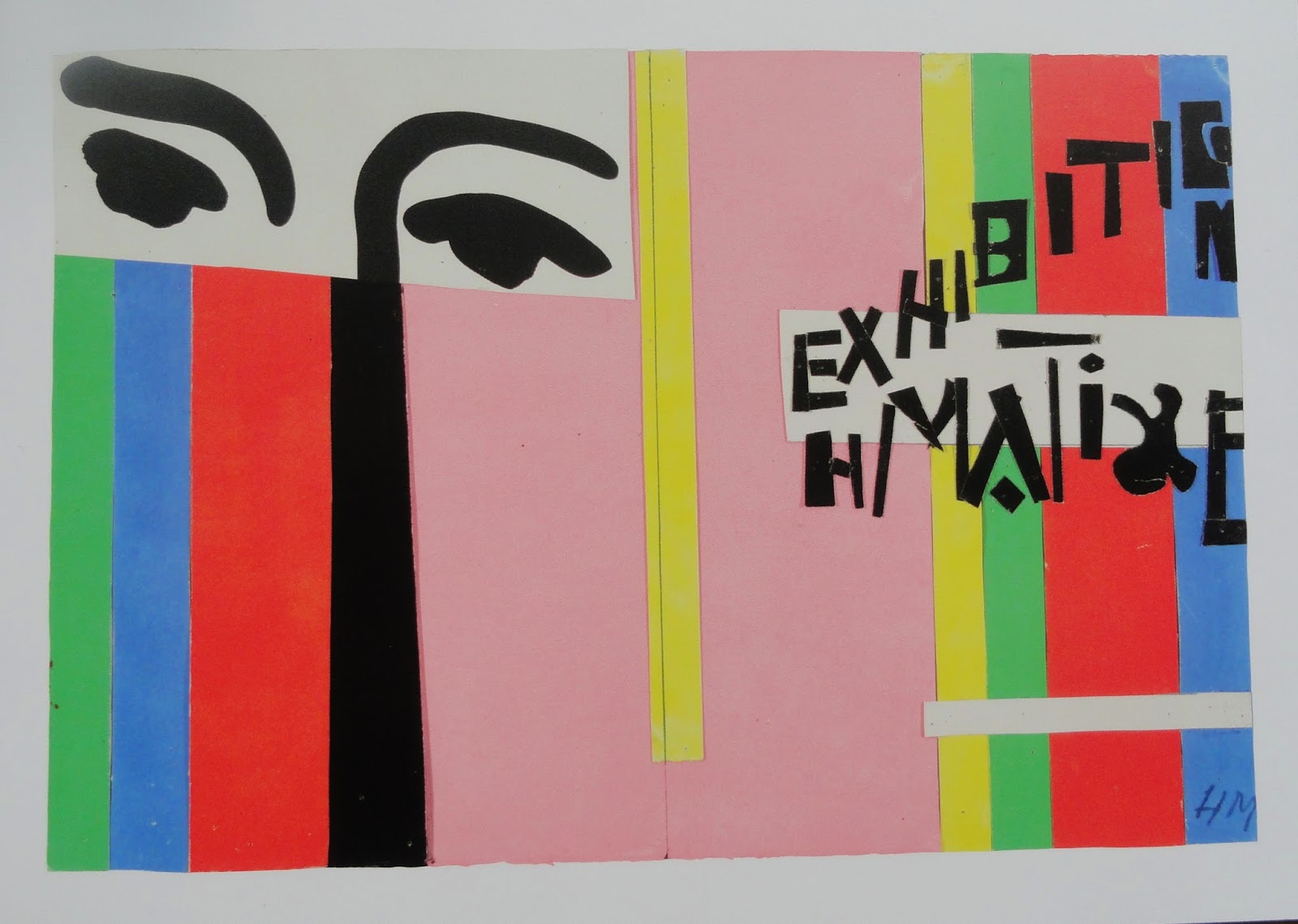 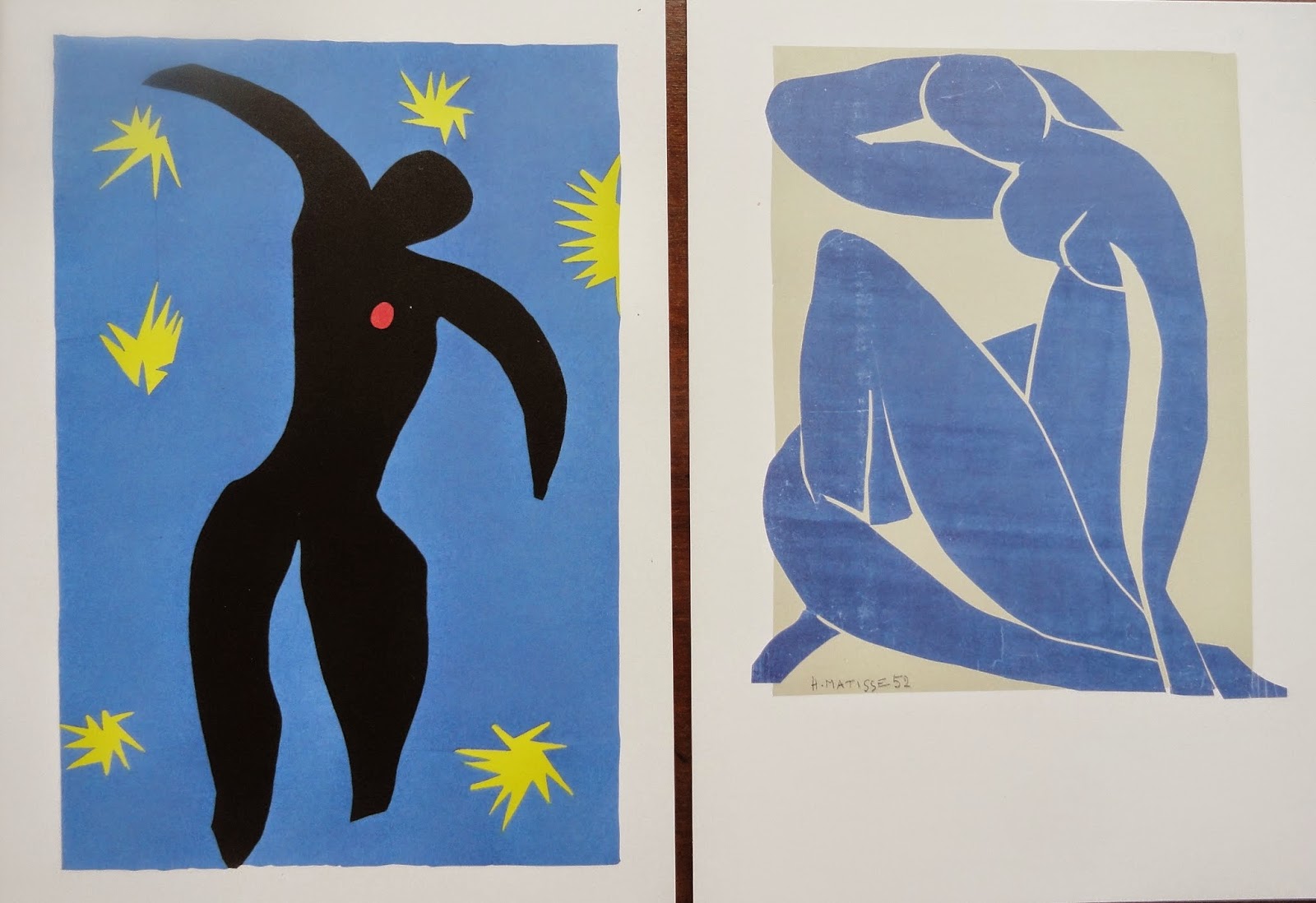 150 miles away Raw Colour: The Circles of David Smith is an example of how to do another artist justice: well selected, superbly installed and not too much. It focuses on his Circle paintings & sculpture of 1961-62 when he was obsessed with placing his works in the landscape of his Bolton Landing farm & studio. My husband visited him there at that time, says he was "very direct." Henry Moore was also busy placing his sculptures in fields at this time. A Yorkshireman, he was equally direct! 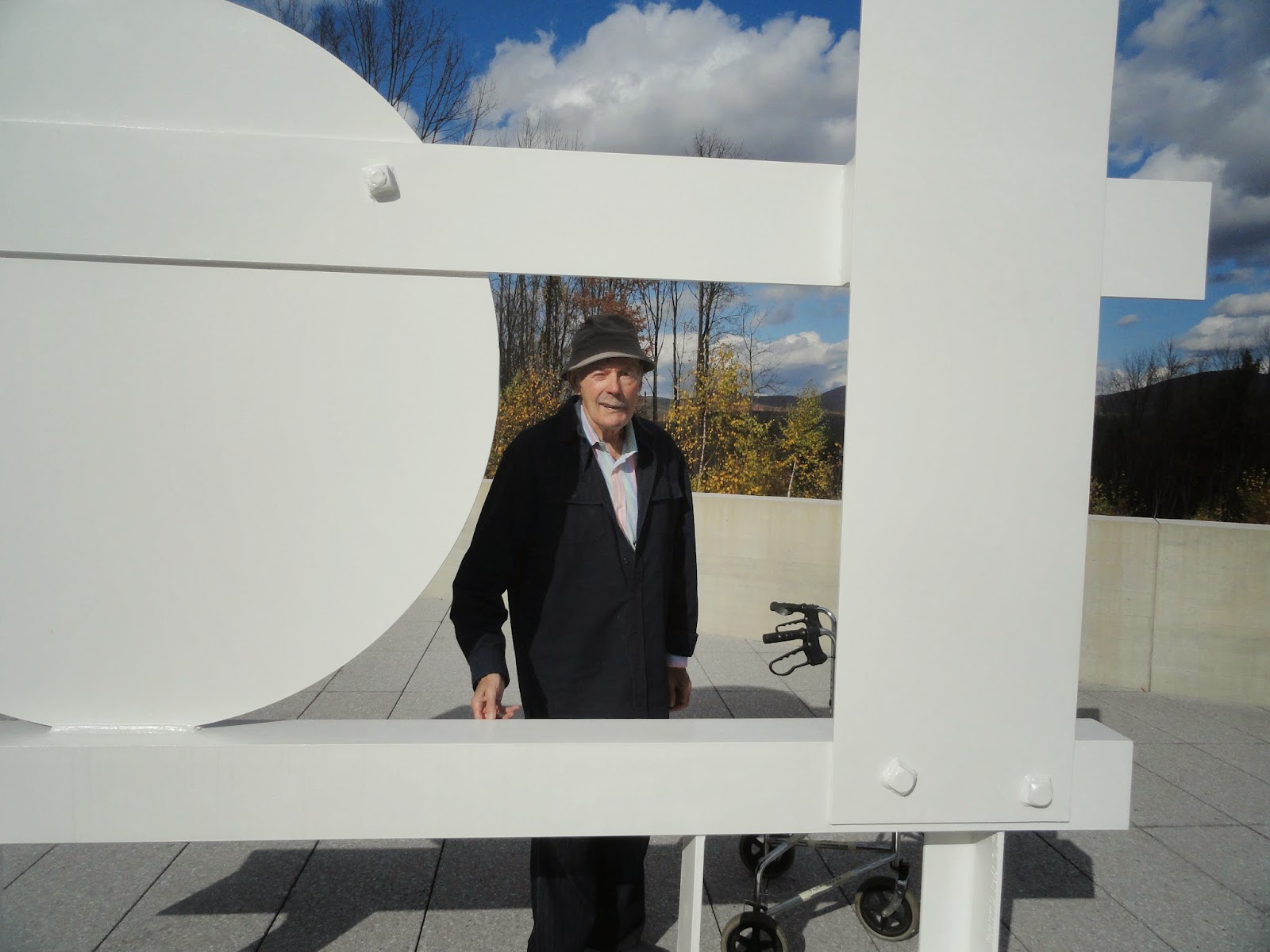 Art OMI Fields is a 120 acre sculpture park very near to us upstate New York with a running programme of installations in woods and pastures, up hill & down dale. We went on a switchback ride in a golf cart driven by Cody who obviously has motor racing aspirations! This fall 6 artists have contributed to the already installed various outdoor pieces. New work comes from Catherine Lee, Jackie Ferrara & Harrison Atelier, from Brooklyn. 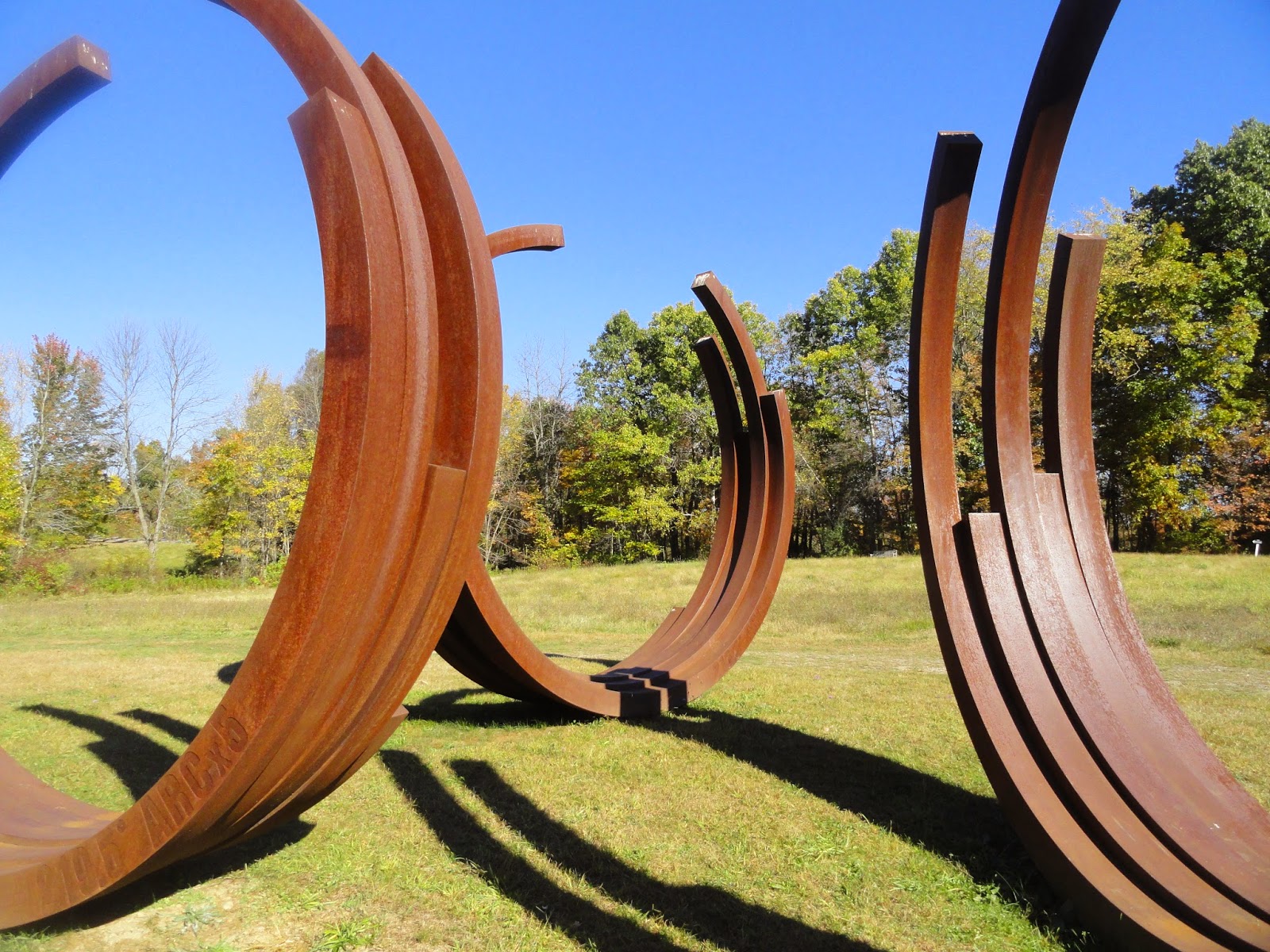 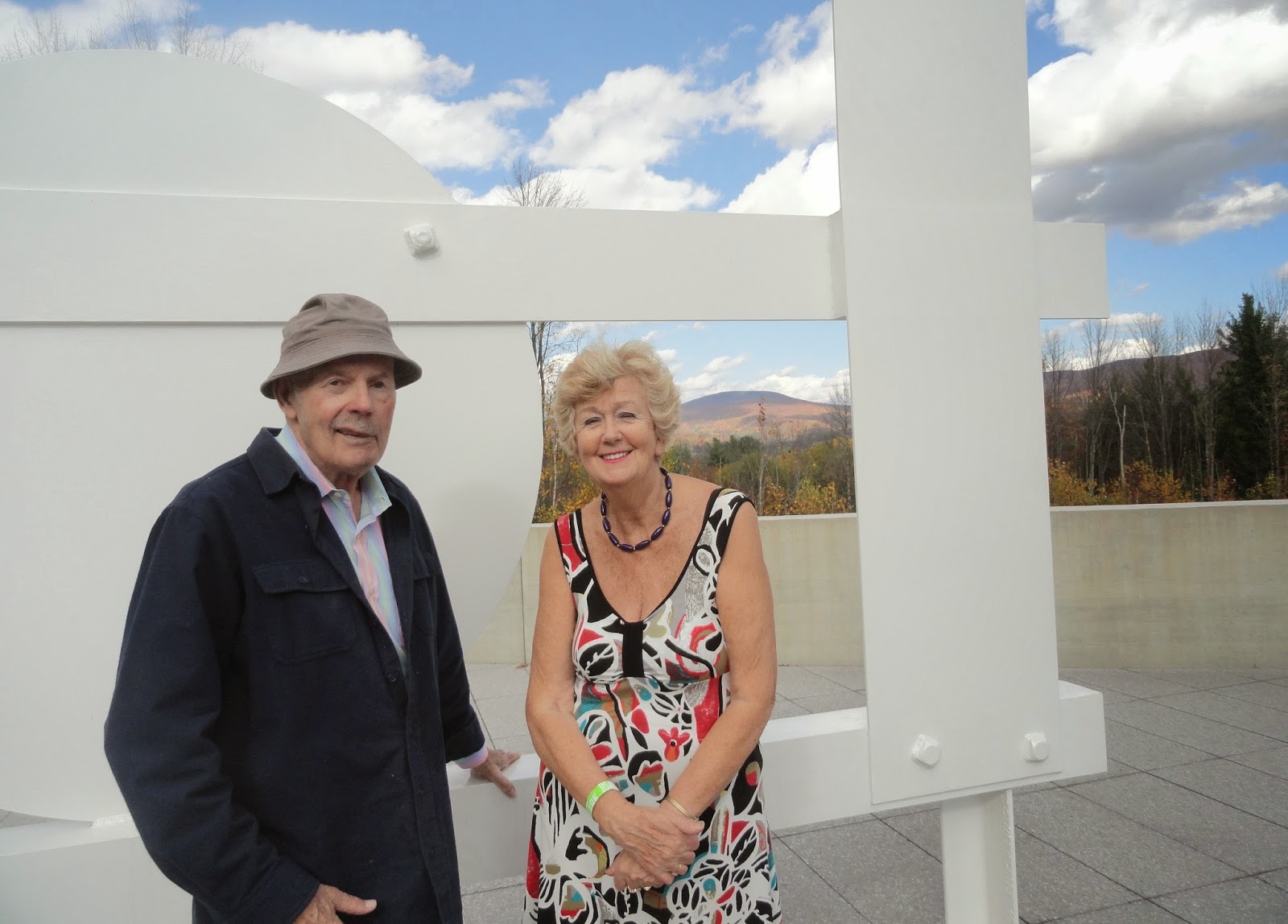 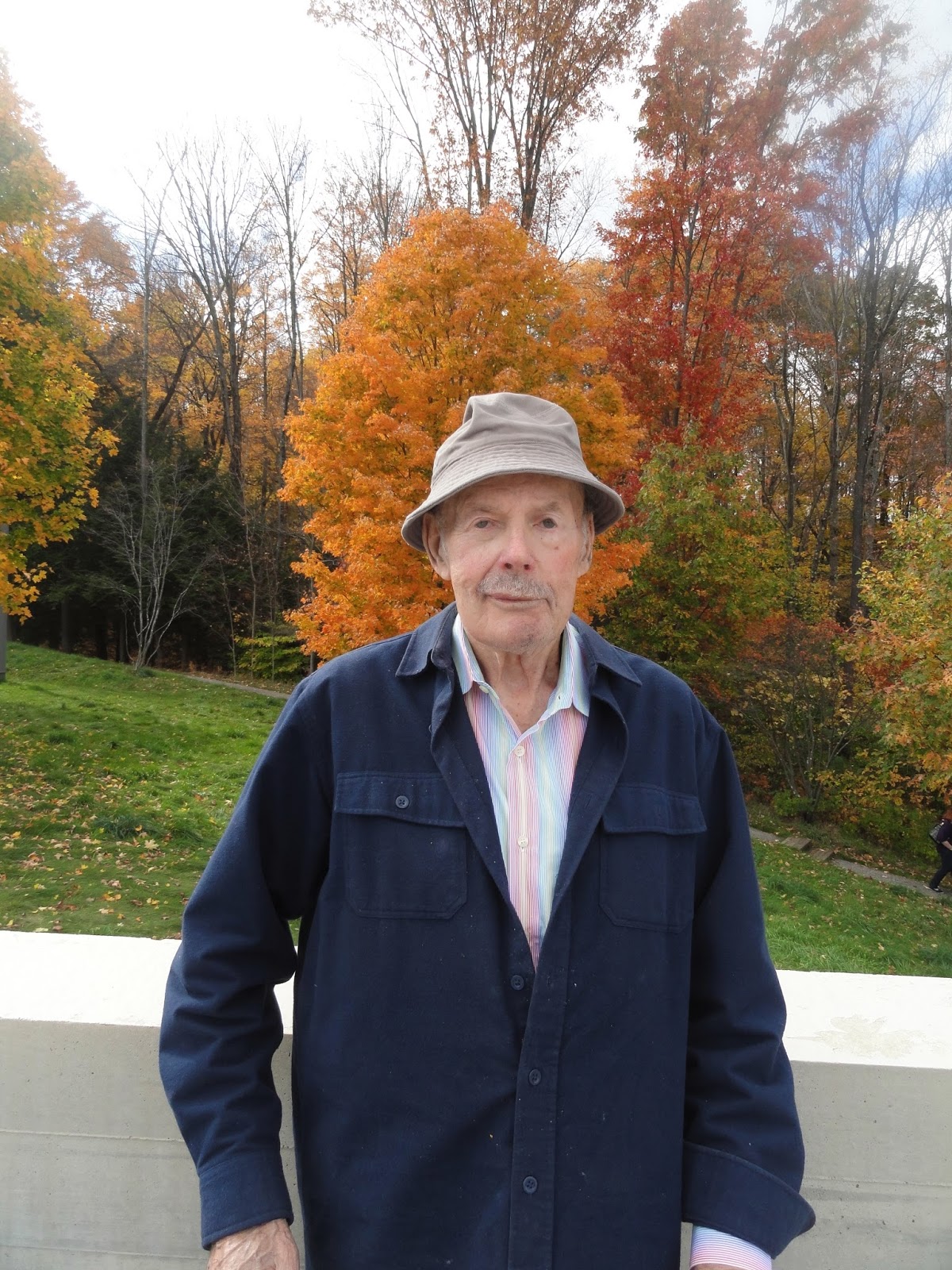 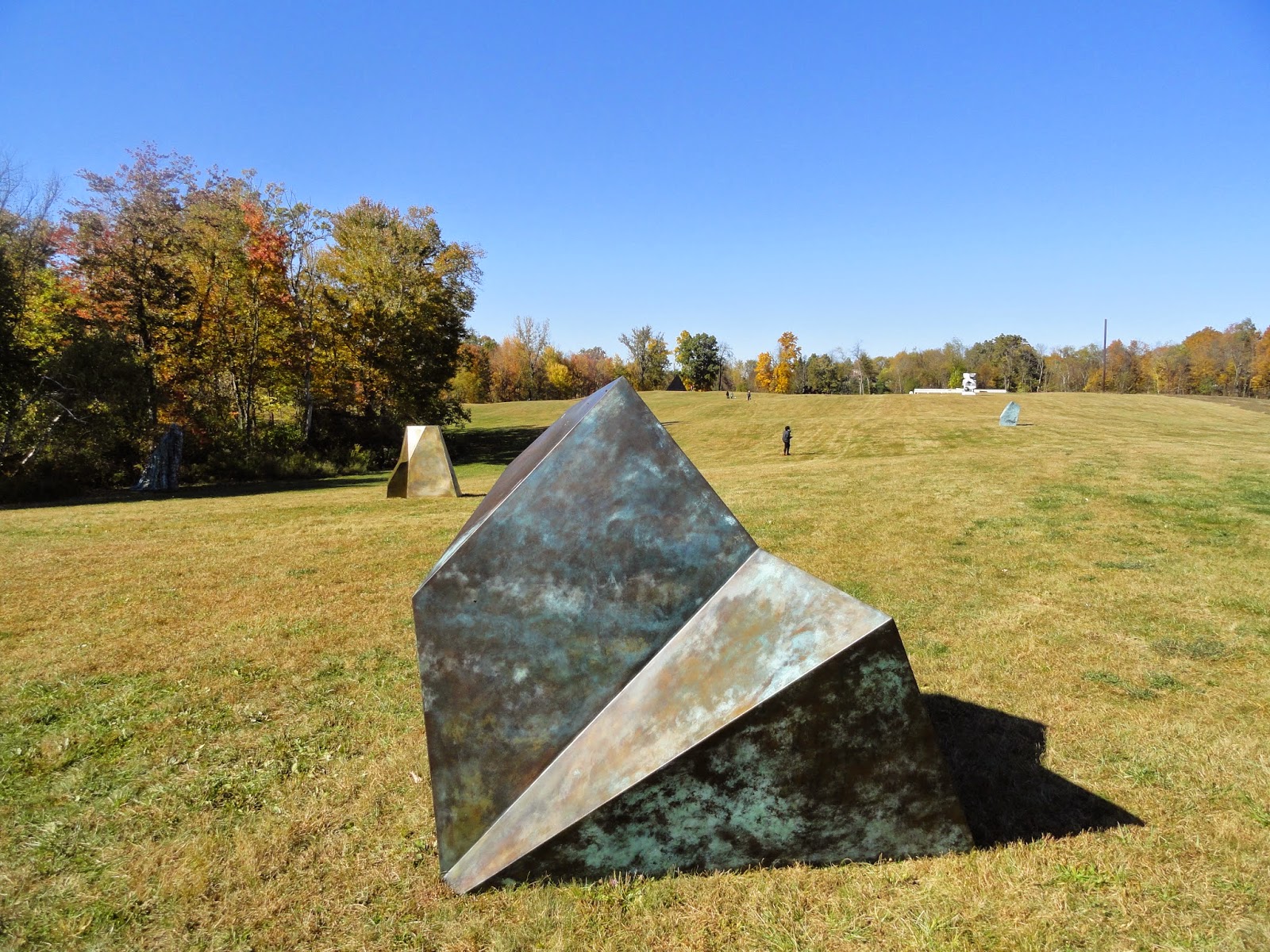 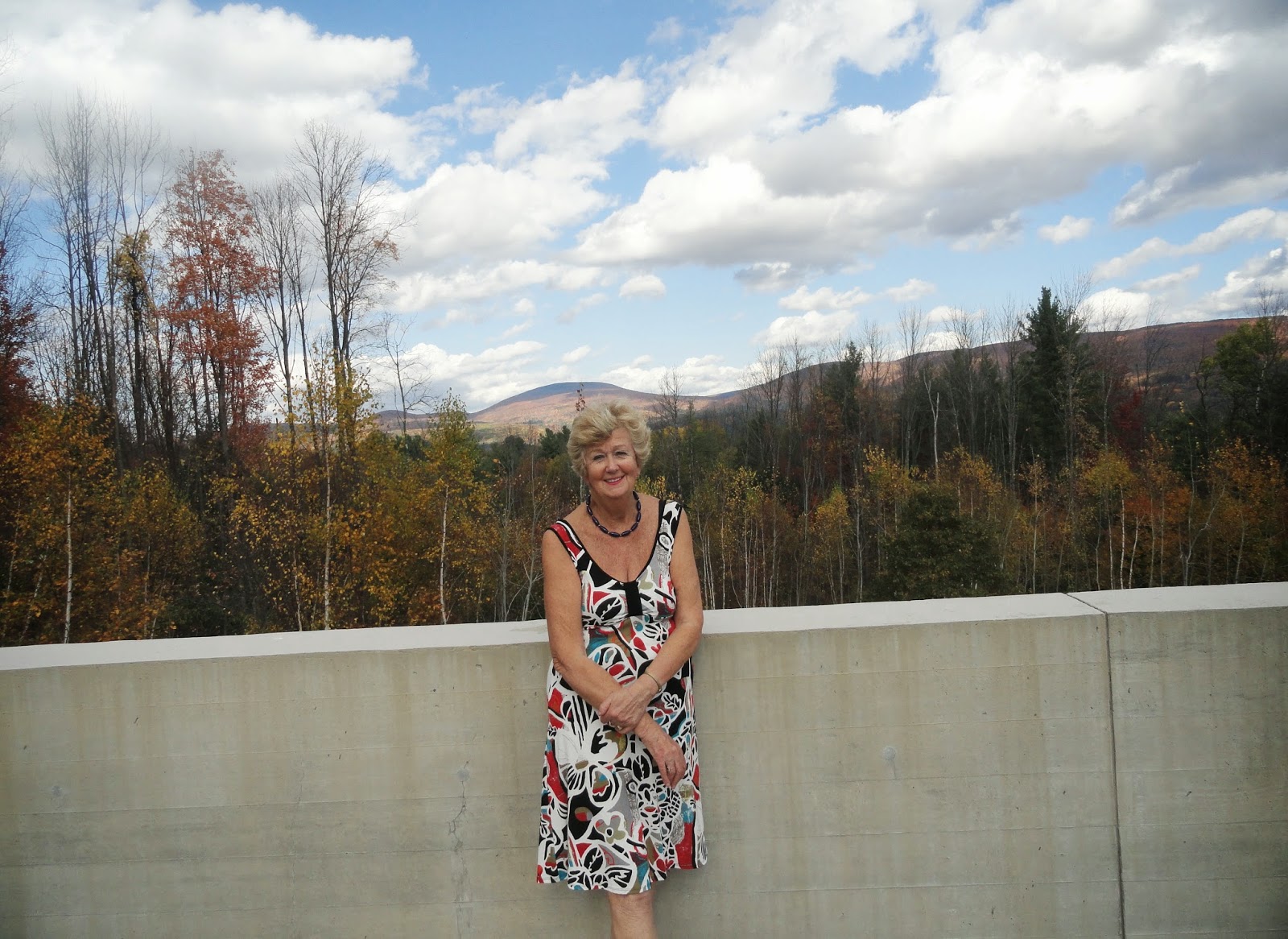 The Berkshires seen from the Clark Museum.