When Dr Who lands his Tardis in Glasgow u know the city has arrived! But altho Glasgow has the limelight, this summer in Scotland u can find art near & far.

FAR
===
The island of Bute & its historic Mount Stuart is home to Lorna MACINTYRE's new sculptural works, part of Generation.  The work is spare, sparse. She begins with solemn black sentinels. 3 ceramic sculptures on the stair window sills work well, reflecting the irredescent colours from the vast Marble Hall windows. Her pieces for the Conservatory are less considered - in fact look as tho she ran out of time. Till Oct 31st. 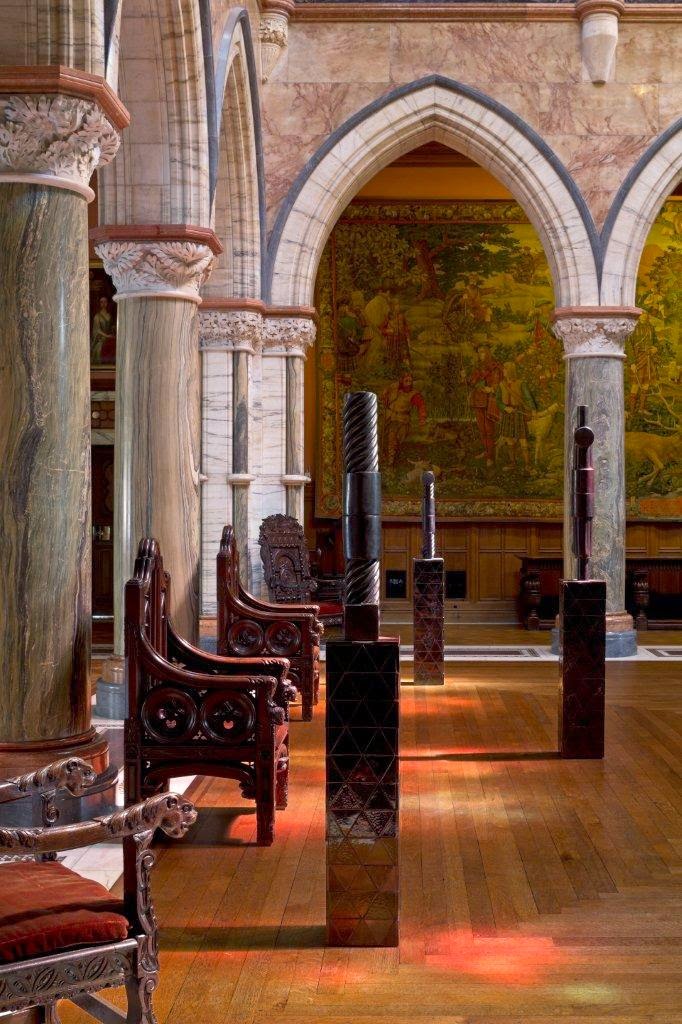 Nearby the new 20 acre Caol Ruadh Sculpture Park (opened 2012) with breath-taking view over the Kyles of Bute contains a mix of pieces, many provided by Edinburgh Sculpture Studios. The location is superb. The good jostles with the downright bad, but one has to admire the scope & ambition of this welcoming, unpretentious enterprise. There is room for more sculptors to get involved. 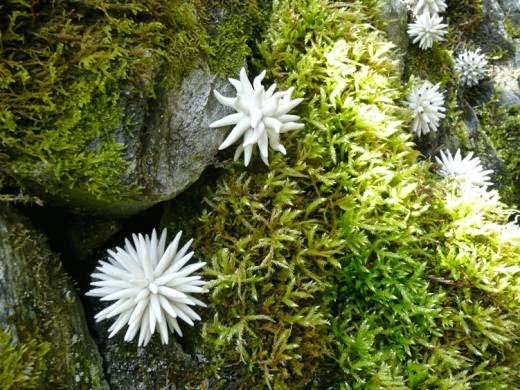 The Argyle Art Map gives over 40 studios to visit in the area. Add in Arran & Bute & u get more artists than u can shake a stick at!

While all eyes were on the Edinburgh Festival, a small space, The LINE Gallery in Linlithgow provides an outstanding show by 2 serious artists. This was one of the most interesting shows this summer.
Jacki PARRY is well known for her volumes made from cast paper. Fragile, seemingly organic, they entice & repel. New grey "books" have an austere quality: open but reticent. 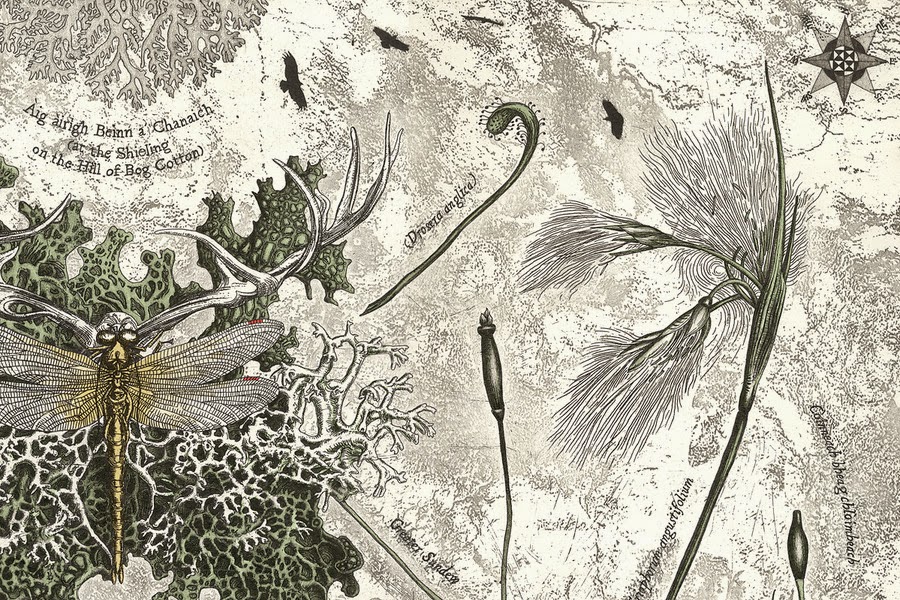 Murray ROBERTSON takes printmaking to a new level. A technical virtuoso, he combines etching with digital media, & good old fashioned hand-drawn, hand-painted detail. A residency on the island of Lewis has resulted in his best work yet. These beautiful, subtle, detailed, complex compositions are his thoughtful response to the bogs & peatlands, their flora & fauna, & their ecological magic. Both artists share an interest in botany & natural history, revealed in different ways. 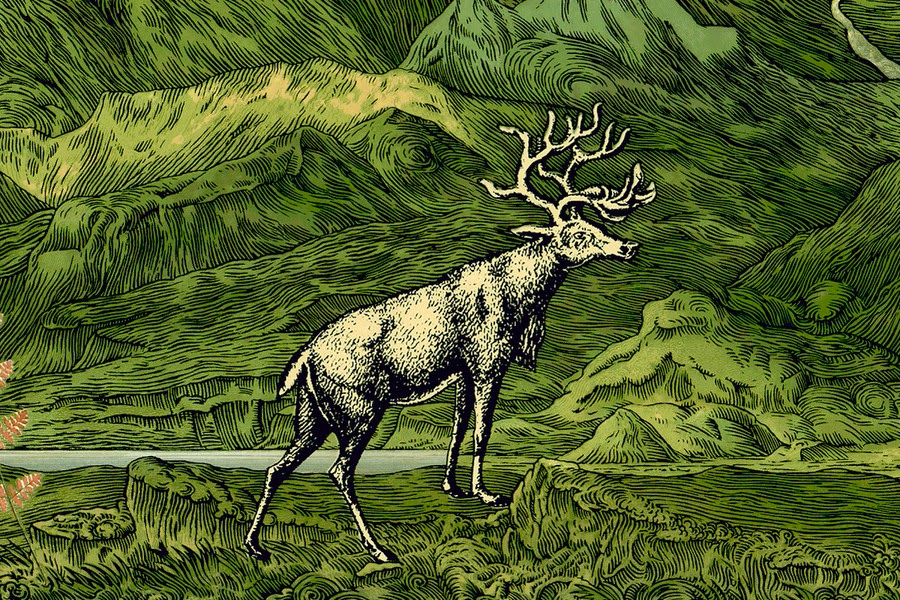 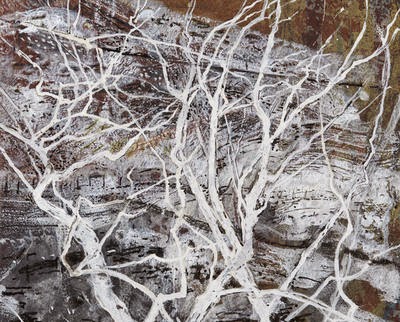 Transient, glowing, dimming before our eyes, Crowe shows us beauty on the wind. Exquisite. 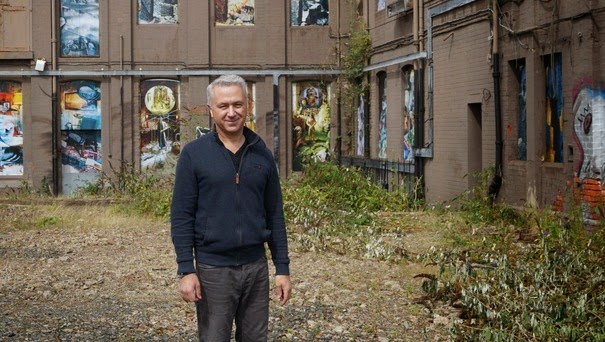 Also in Edinburgh CALUM COLVIN aims to put the future home for Edinburgh Printmakers on the map with a public art installation of huge posters of his collaged photos filling 120 windows. Castle Mills in Fountainbridge dates from 1856, was the former headquarters of the North British Rubber Company. Long derelict, it is a vast building which should serve well. 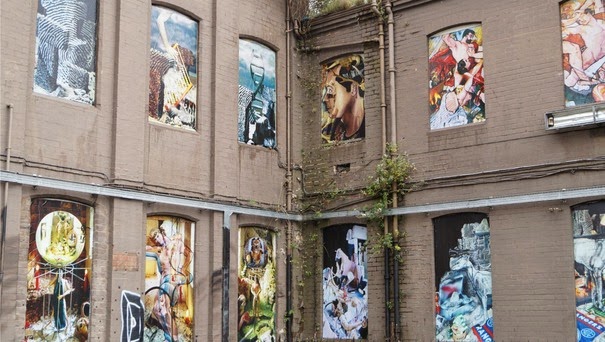 Where to start?? Glasgow 2014, or Edinburgh Festival? With wonderful weather & lots of Commonwealth Games gold medals, (53 for Scotland) an upbeat mood prevails across central Scotland. Generation - the special 2014 celebration of recent contemporary art from 100 artists, has around 40 of the total 71 events in Glasgow or Edinburgh, so there is no way to see them all.
From an intense 2 n half days in Edinburgh our top hits are Dalziel + Scullion at The Dovecot, Calum Colvin at Printmakers (he did a great talk), Vicky Crowe at Scottish Gallery & Counterporint at The Talbot Rice. 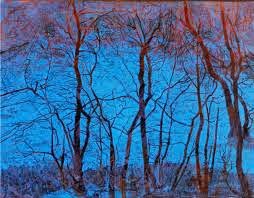 vicky crowe
We found the SNGMA Generation much better than expected; Steven Campbell wipes the floor with the others at RSA/SNG. At SNPG John Byrne is wonderful; Ruskin - what a surprise! Jim Lambie's ladders make a change from his routine stripes, (at .fruitmarket) 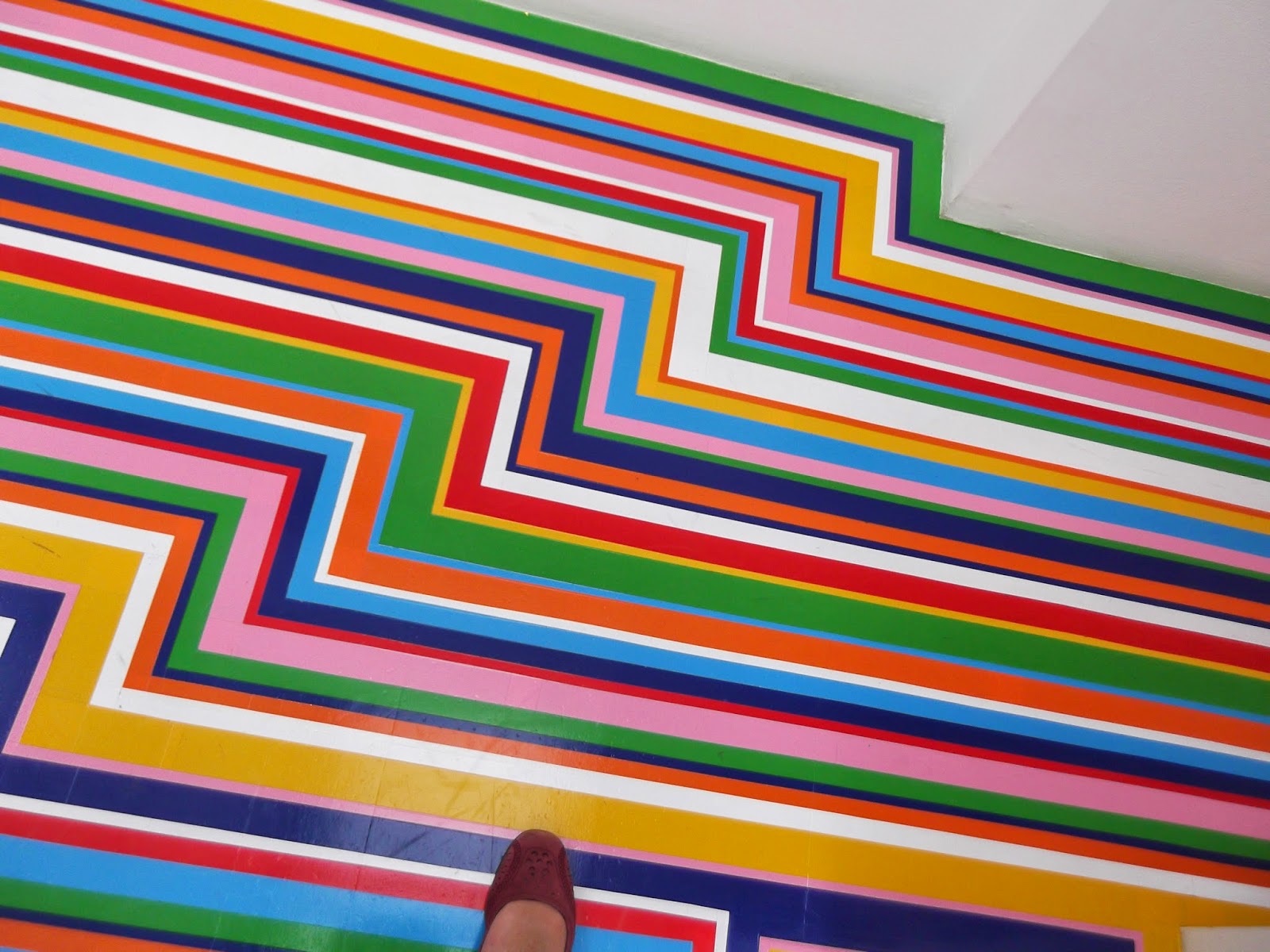 At the Scottish National Gallery of Modern Art, www.nationalgalleries.org each artist has their own room. Glad to see Smith/Stewart's video from 1997 again, its amplified sound adding to the disturbing hooded heads. In the 1990s S/S used their own bodies in many confrontational & memorable videos. 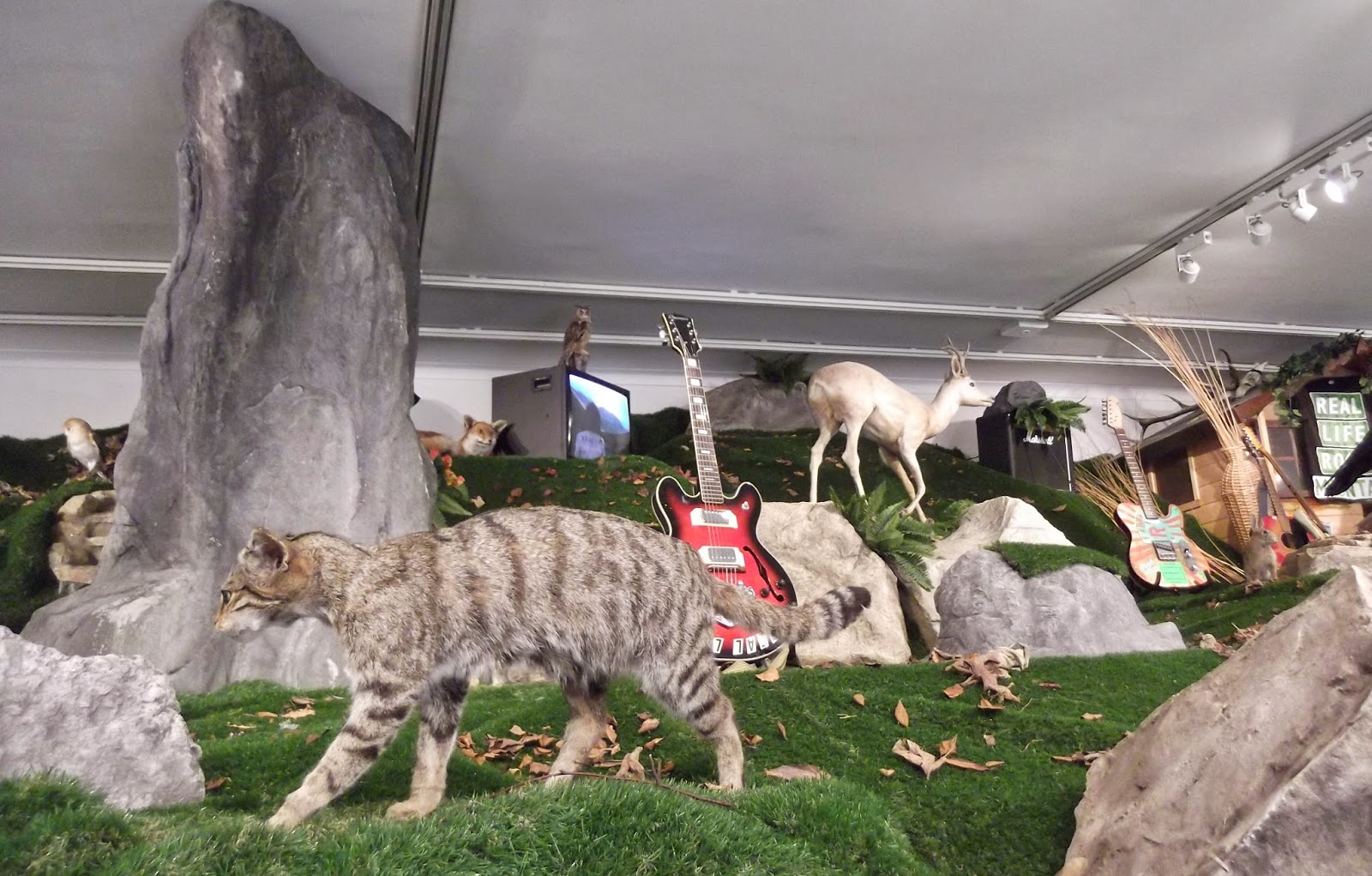 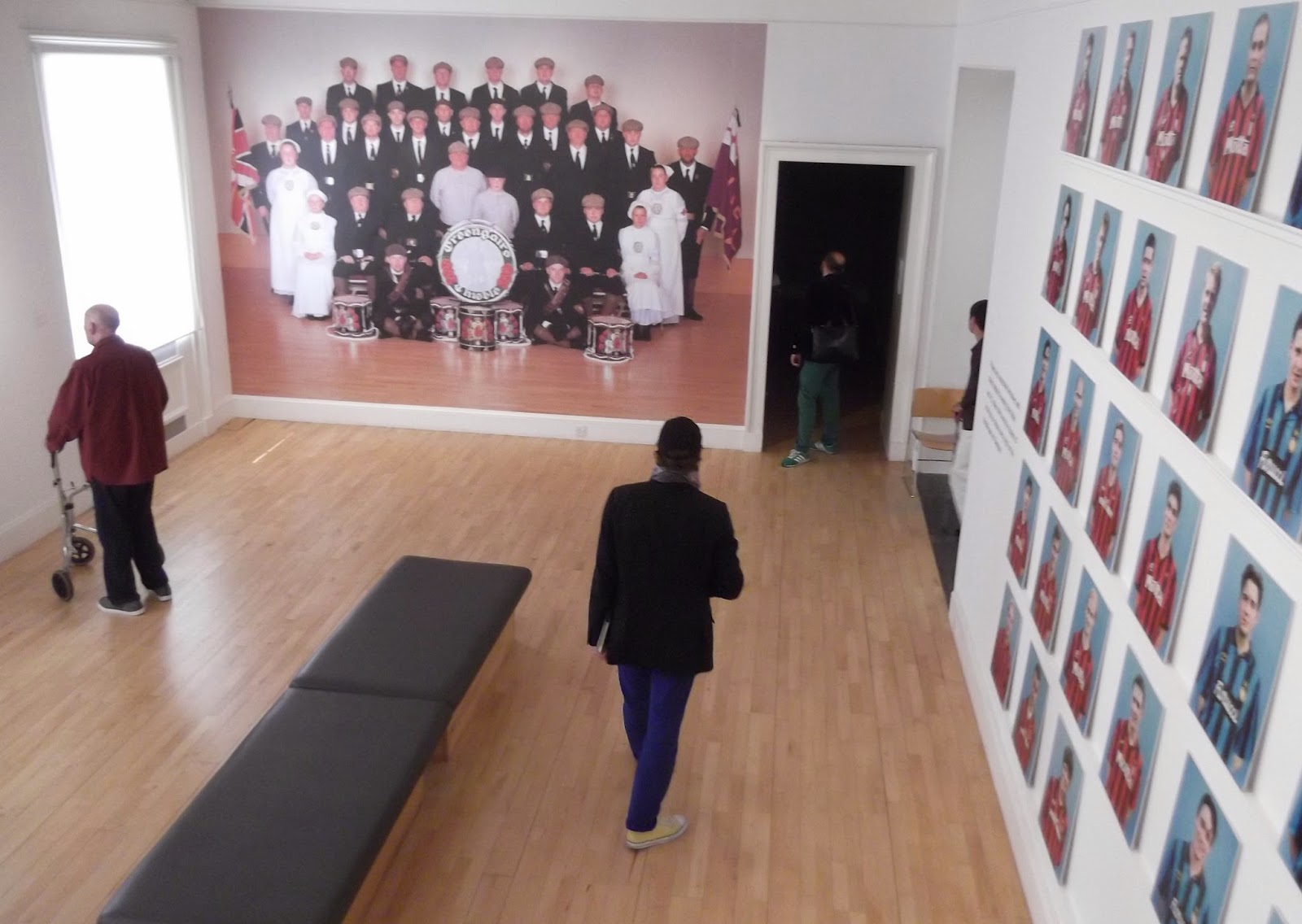 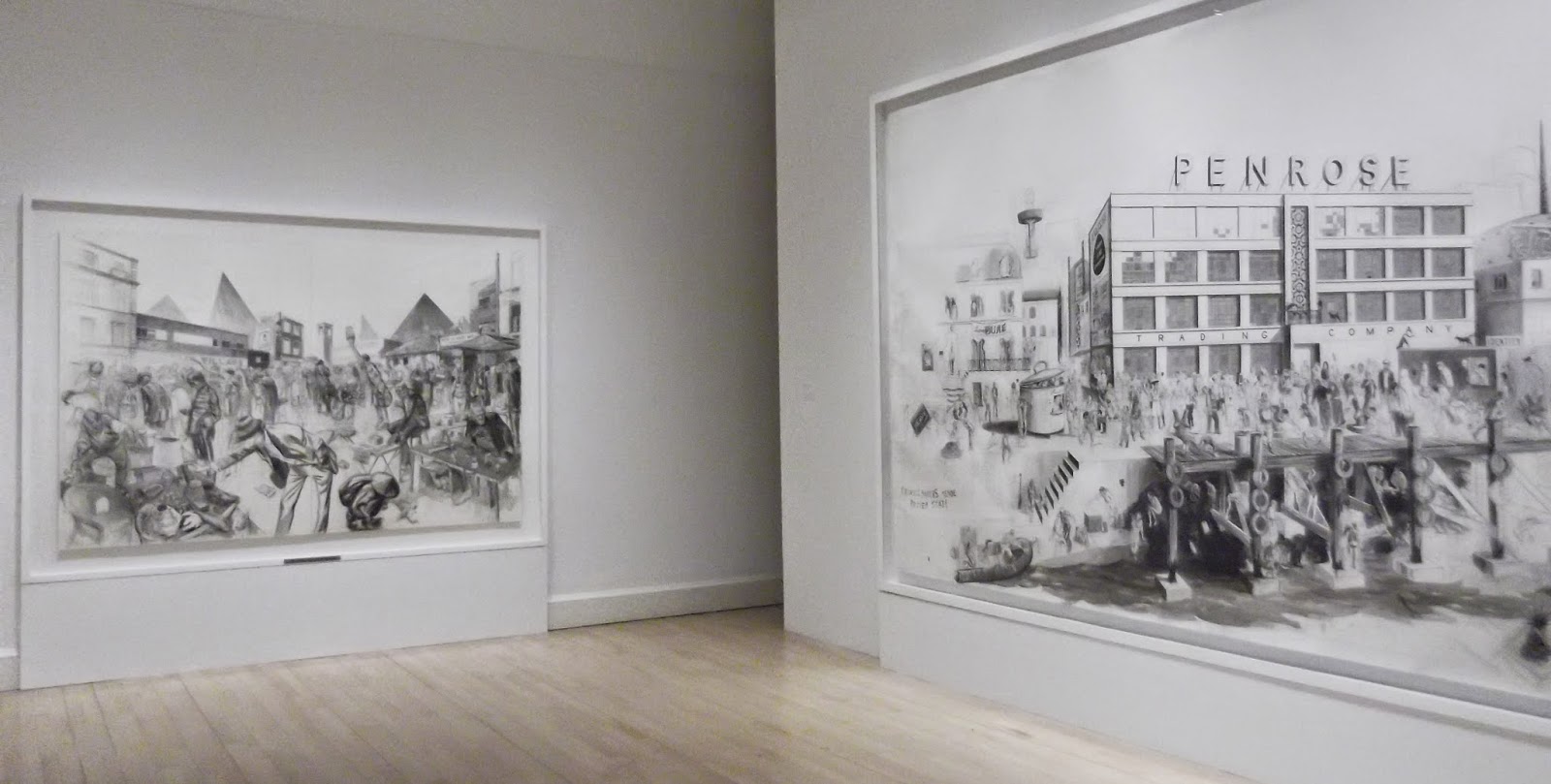 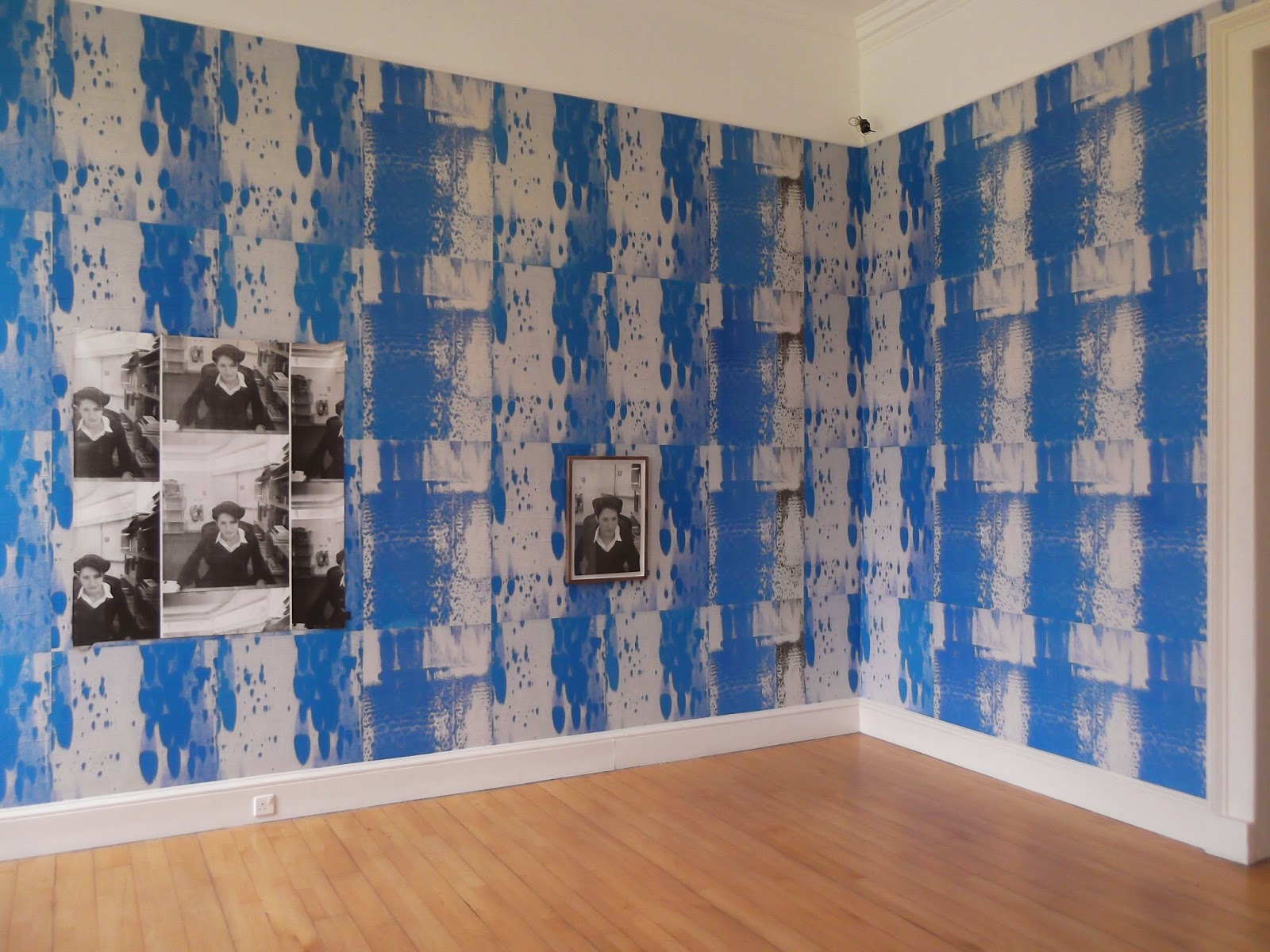 Disappointments. Claire Barclay had a huge room for her sculptural installation using wool, leather and wood but to little effect. All eyes are on Ciara Phillips since her Turner Prize nomination, but her blue room, with its wallpaper of repetitive screenprints + one figure image, does not hold the eye. Graham Fagen's messy room idea was much better conceived & implemented at GMA by Ron O'Donnell back in 1987. Fagan, also in the spotlight as he will represent Scotland at the 2015 Venice Biennale, also shows disappointing wishy washy sculls and teeth at GSA's Reid building  as part of Generation. It is to be hoped his Venice contribution is an improvement. 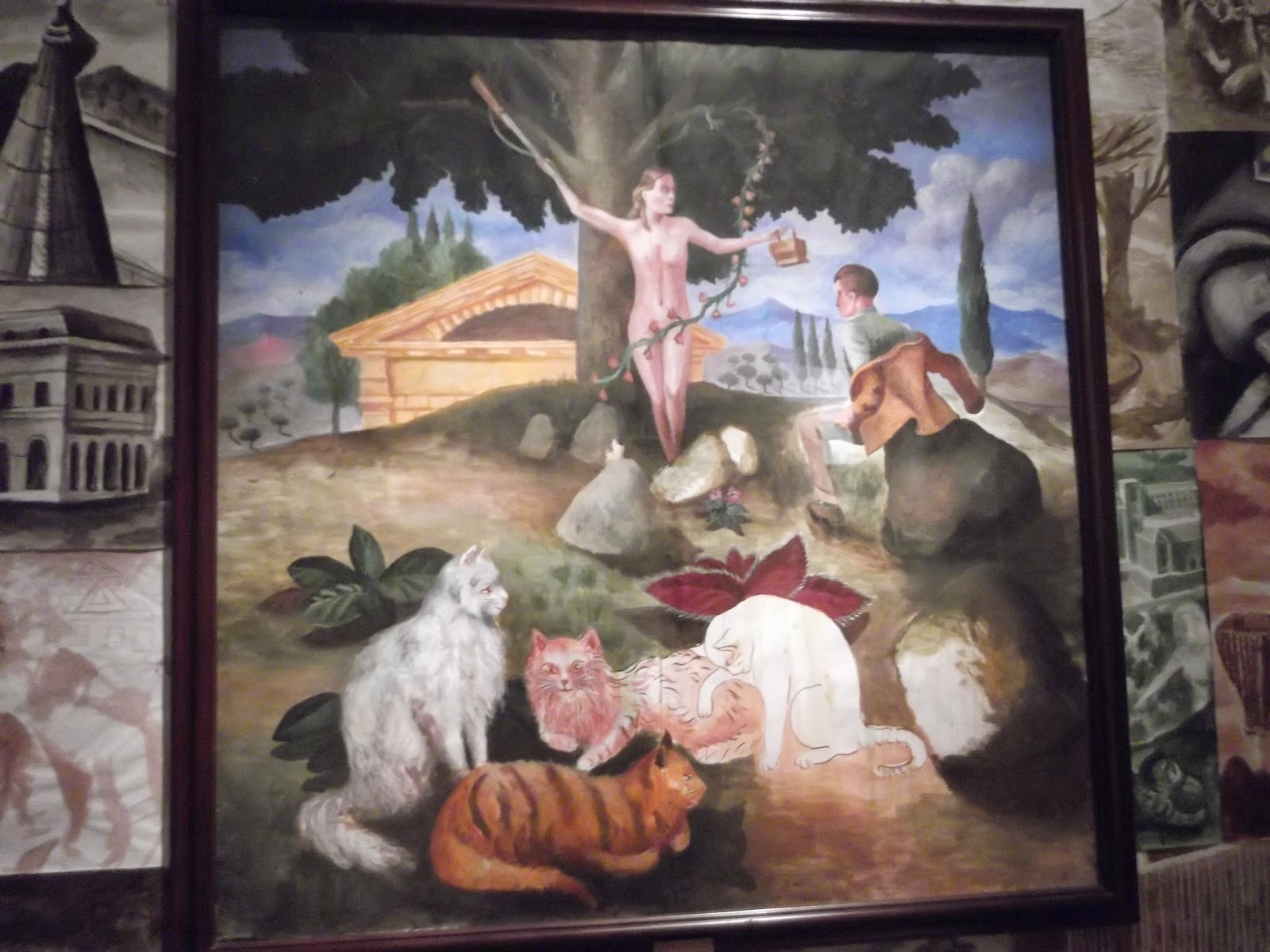 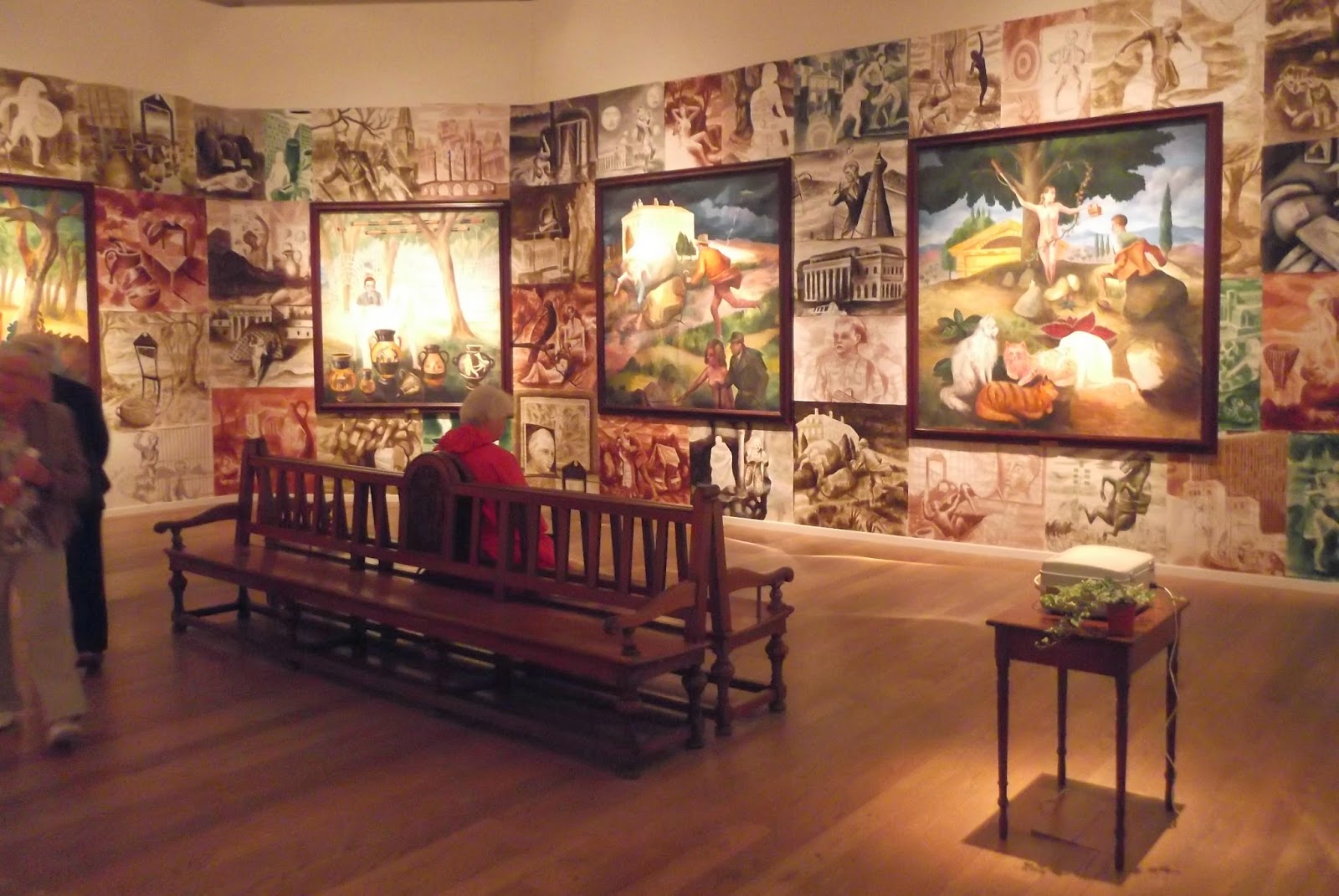 Dalziel+Scullion have a long standing, very personal commitment to nature & the environment. This time in keeping with the Dovecot's textile history, they use Harris Tweed garments, seen both on film in wild, wind swept Angus & in the gallery set up. Best for me are their beautiful skies & rounded gneiss boulders from the Outer Hebrides, a mere 4 billion years old - which puts many things into perspective! Skies are captured in elegant double sided floating frames. As Louise says, we tend to take our skies & atmosphere too much for granted. A twin show is at Stornoway's An Lanntair. A genuine success.www.dovecotstudios.com 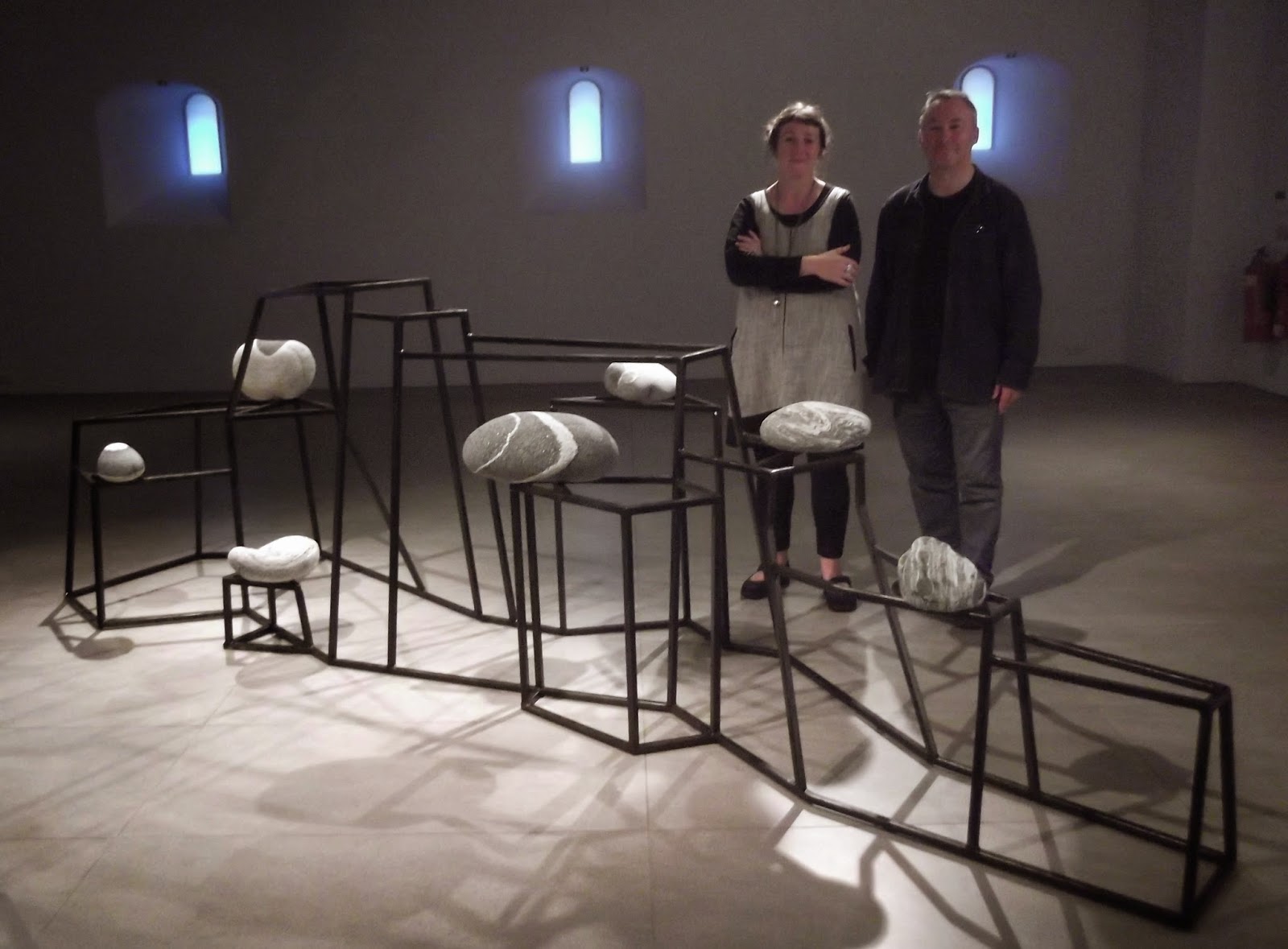 D+Scullion
Not all the good shows are Generation events.
COUNTERPOINT at Talbot Rice is another surprise. Here 8 folk use the big space to advantage. Michelle Hannah, her of the crystal face, performs her memorable futurist utopia in the Playfair Library via a 4 screen video. A knock out. Alec Finlay's bees help him philosophise. "Art, poems, they are ways to love things, while also admitting their complexity. The velocity of greed is the issue today."
Politics, (the Referendum,) is the issue for Ellie Harrison with her frivolous cannons of confetti. So too Shona Macnaughton & her 3D models of women, priced according to their looks, a new kind of slave. 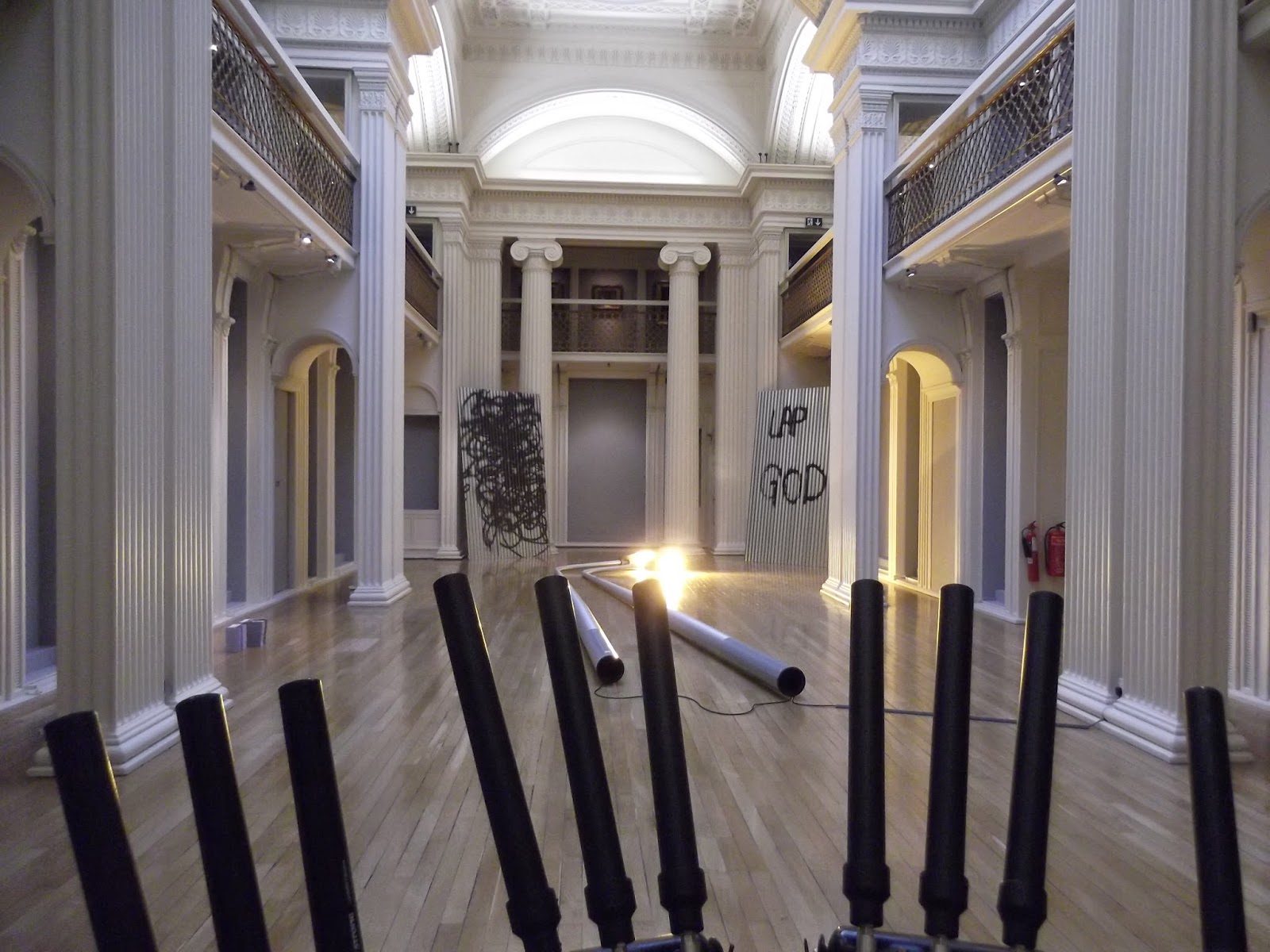 Several Counterpoint artists teach at GSA or ECA. CALUM COLVIN OBE, is professor at DCA. A practitioner of painting, sculpture & photography, he makes intensely coloured, elaborate narrative tableaux saturated in imagery. "A slow process" he admits. I first met Colvin when he was at the Royal College back in 1985. "The epiphany of my life was taking up photography. There was no digital, no photoshop then. It was all mirrors and worlds within mirrors!" 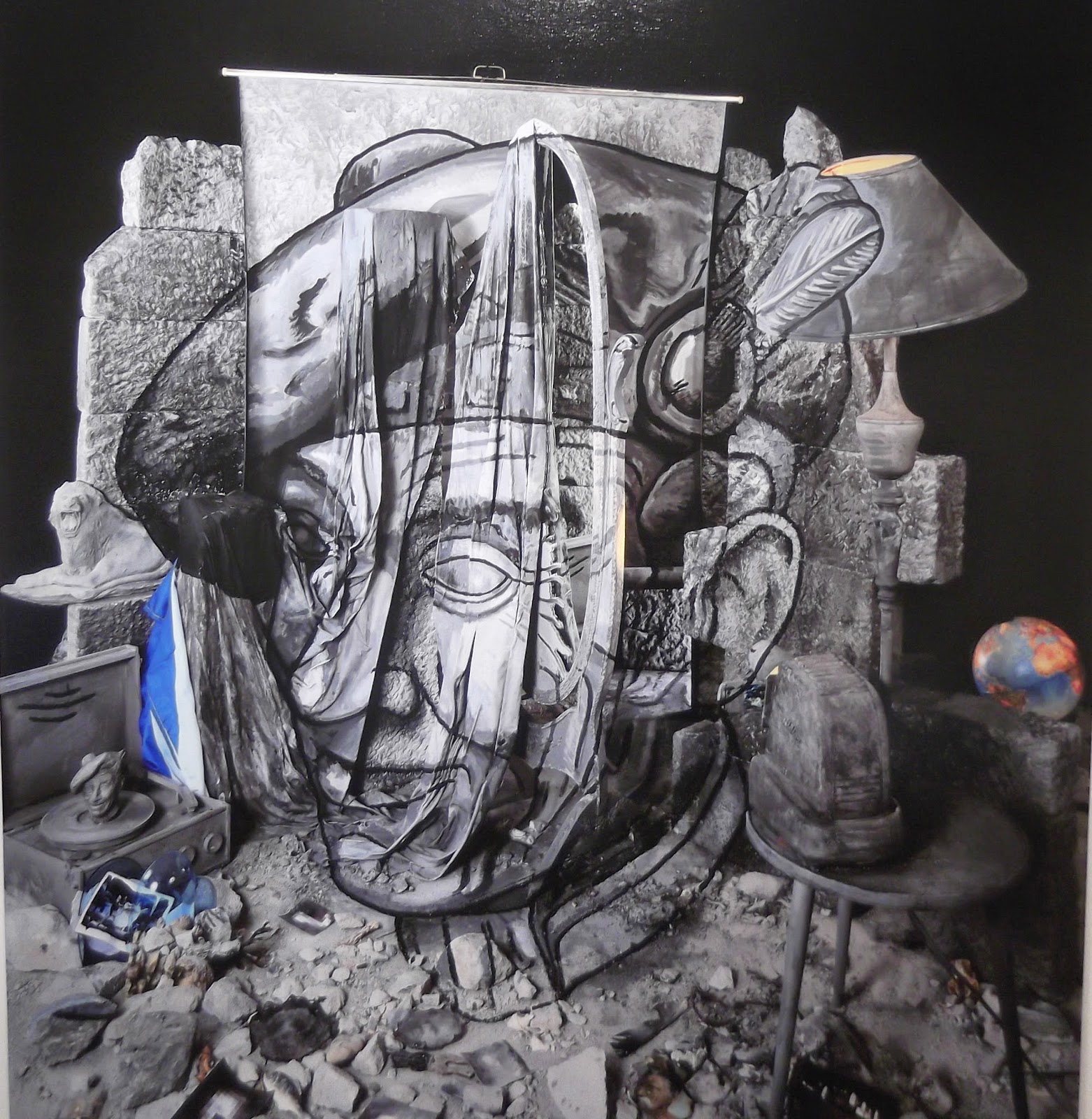 Under the title 'The Magic Box' he shows works from 1989 to today, including a series of original transparencies titled Ornithology never seen before plus new 3D. In addition Colvin has set up his studio + 5x4 camera, at Ed Printmakers in order to work in public creating a portrait of the writer Janice Galloway over the Festival. Exciting.edinburgh printmakers. 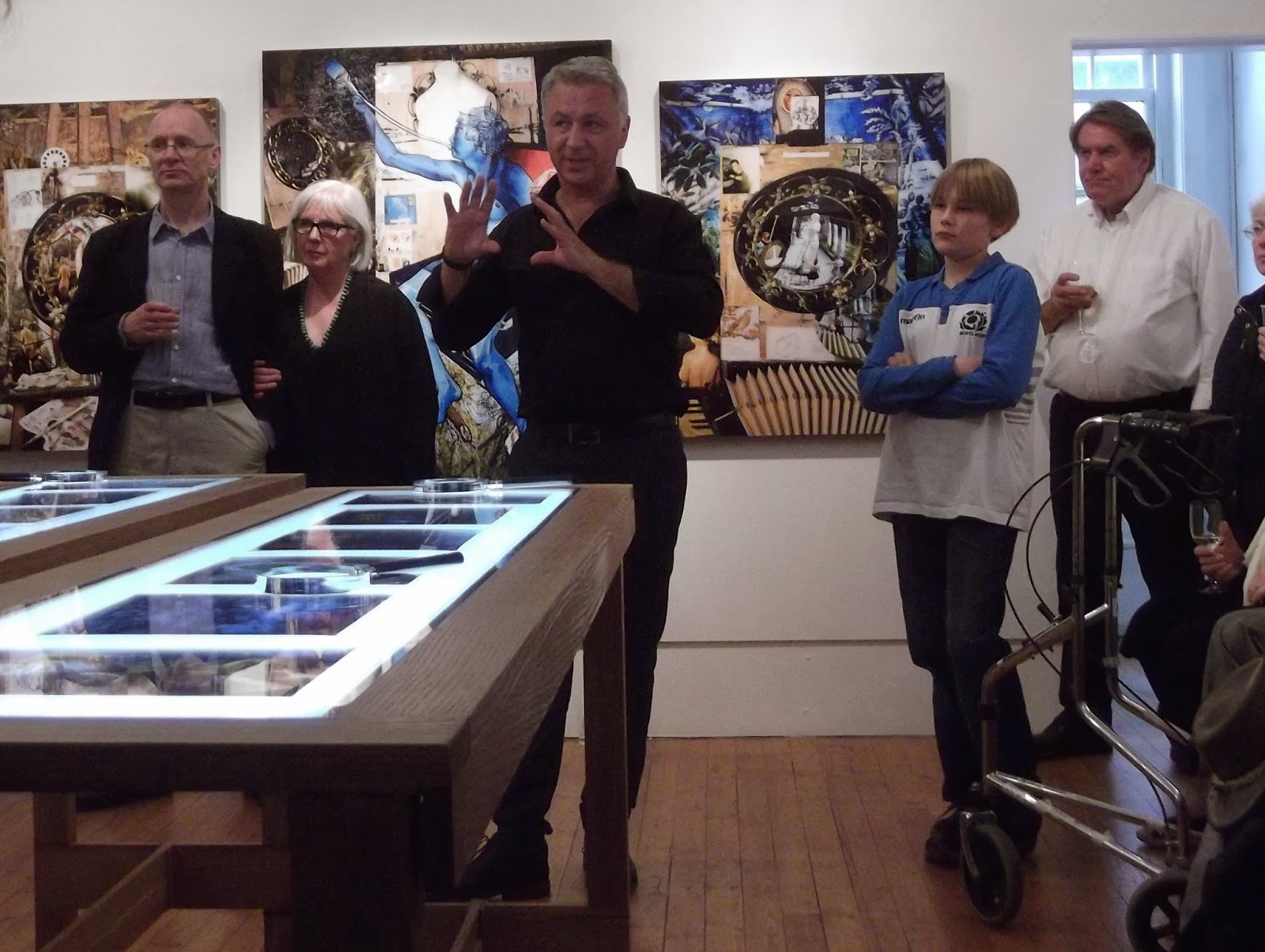 Both Ruskin & Byrne can draw, and how. Byrne's portraits range from witty takes on Billy Connelly to exquisitely tender  drawings of his children as babies and young adults. Ruskin loved Venice & its architecture; mountains and their grandeur + gneiss rocks from Scotland. Compare his drawing of these with Dalziel + Scullion's boulders!

J Byrne.
COMMONWEALTH GAMES update. £5 million raised for Unicef from the Games opening ceremony! It has been a brilliant occasion from start to finish. Well done GLASGOW! A world class performance, and the feel-good factor exactly like that of the 2012 London Olympics but with Scottish pazazz and humour. 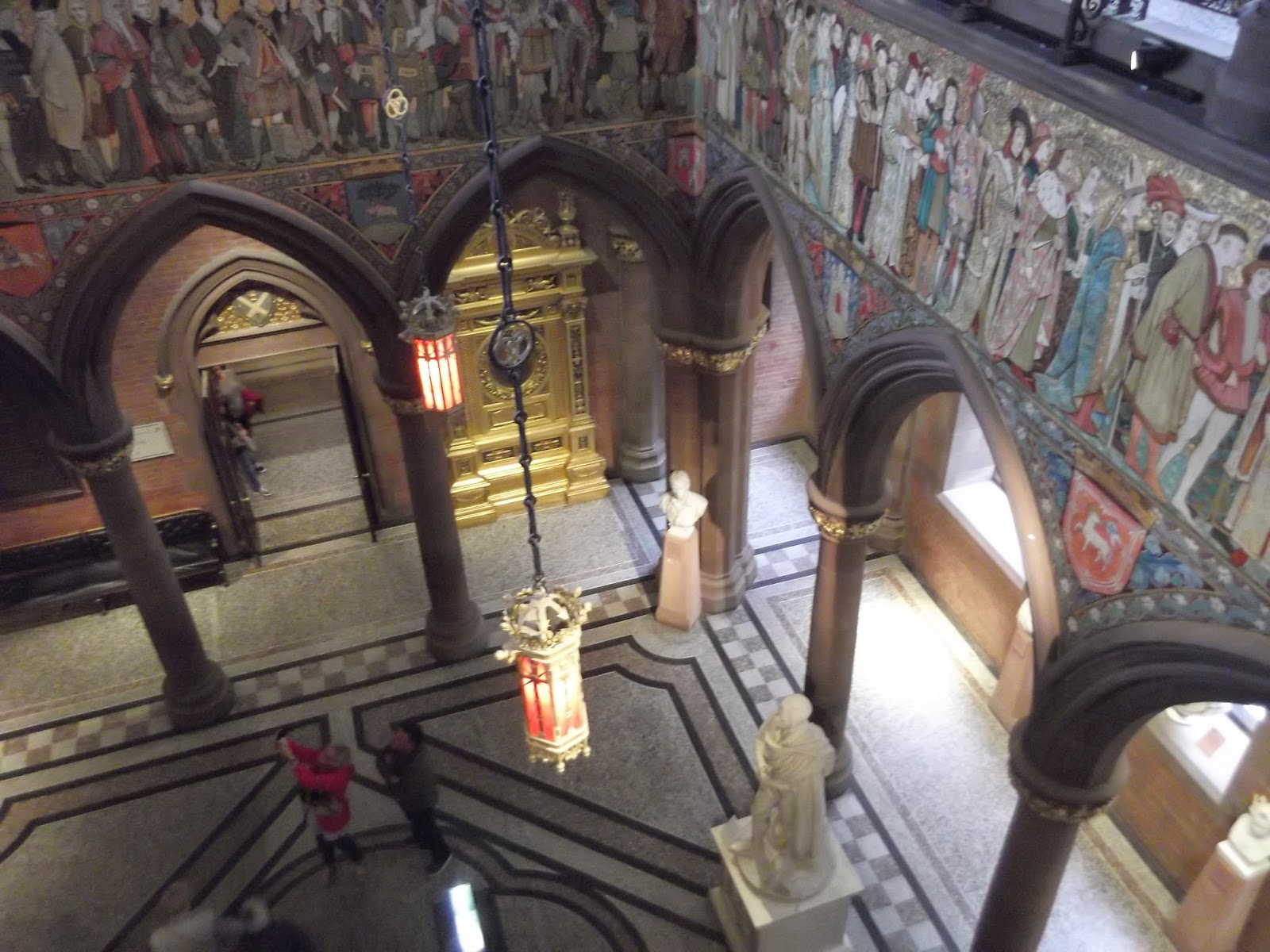 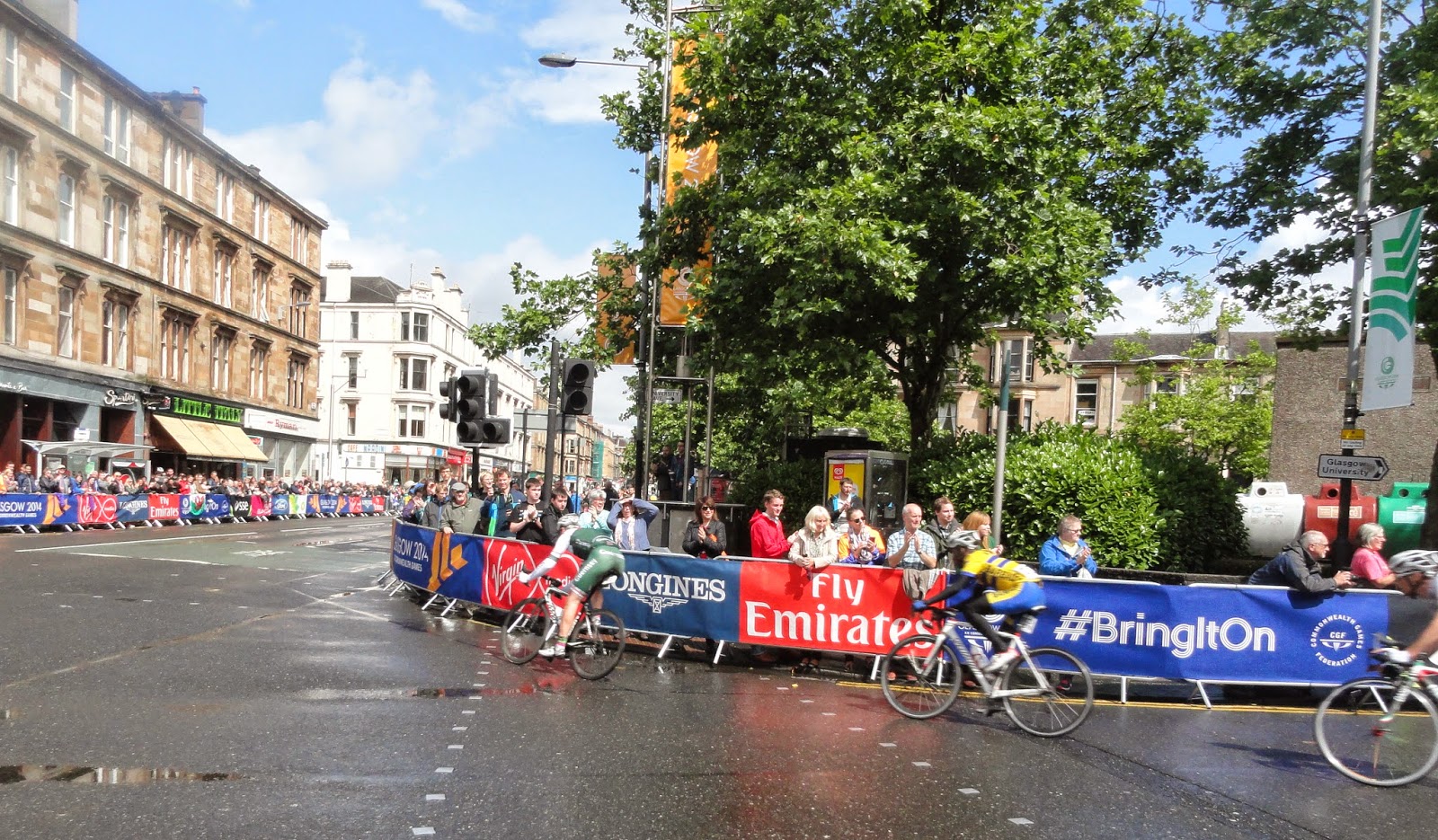