Jack Shainman Gallery was founded in 1984 in Washington, DC by Claude Simard & Shainman, but soon relocated to New York City occupying a space in the East Village before moving to Soho, then to its current location, West 20th Street in Chelsea in 1997. 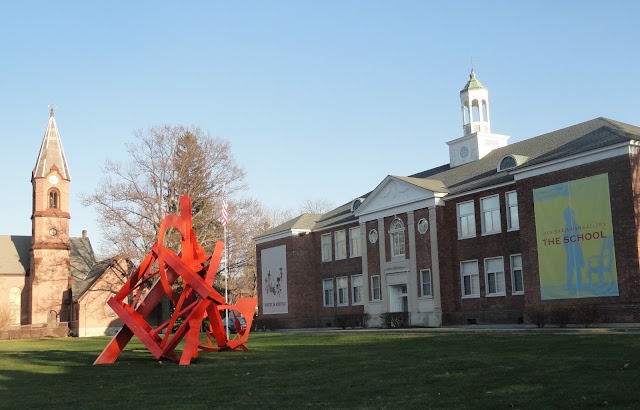 In 2013 the gallery added two more exhibition spaces, 1 in Chelsea, the other a 30,000 sq ft former schoolhouse in Kinderhook, upstate NY, near our country home. WINTER IN AMERICA is the current show.

What a delight to have such a serious, international, enormous  & beautiful exhibition space on our doorstep. 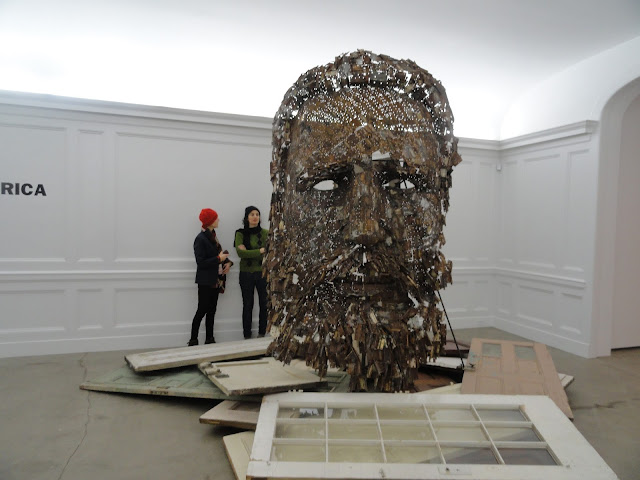 Winter in America reflects the current politically dark season of conflict, gun violence, intolerance & general disheartening events which swirl around us all at the end of 2015. 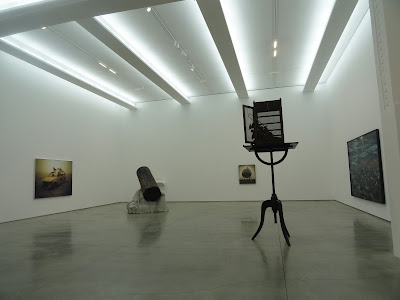 But the main impression one gains is of professionalism. Superior work, all a high standard, immaculately displayed & installed in an elegant, huge space. A joy to see. 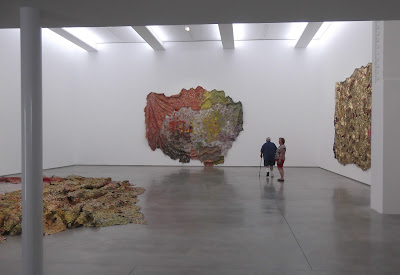 The focus of this gallery has always been to exhibit & champion artists from around the world, in particular from Africa & East Asia.

Shainman has regularly exhibited work by artists from Africa, India, Cuba, Italy, Palestine, Israel, South Africa, Iraq, Canada, Egypt, & this show in upstate NY features a big mix from all the above, plus of course the US. A large scale bright red Mark di Suvero greets u outside. 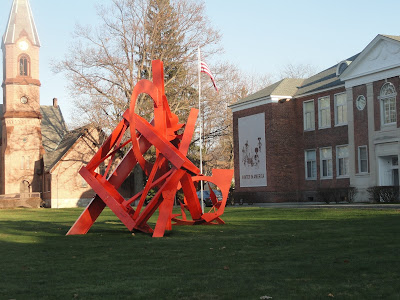 Inside a big head made out of 3000 rusty door hinges by Cuban born Yoan Capote recreates the 1981 bust of Fidel Castro. Titled Immanence, it could also be called Impermanence. 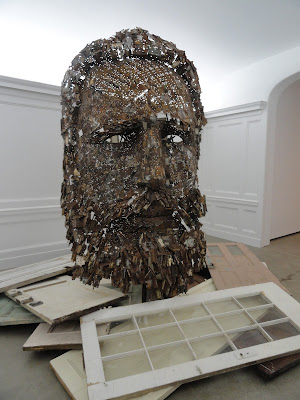 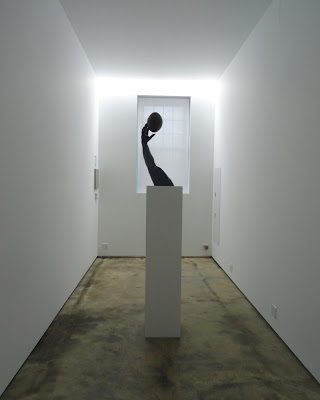 Nearby is an elegant fiberglass arm by Hank Willis Thomas based on Polamalu's arm from a 2009 football game. Thomas also shows a disturbing video reenacting, (using dolls & toys,) the senseless murder of his cousin on Xmas eve over a gold chain. 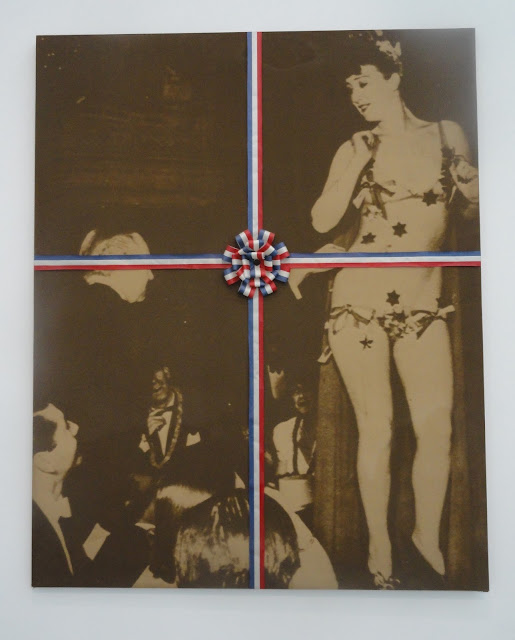 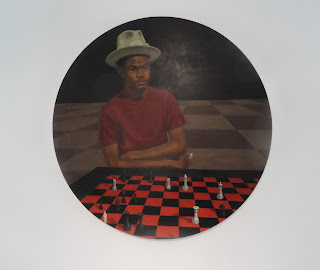 Barkley Hendricks epitomises the uneven playing field which African Americans still face. He is playing chess, and holds the white king in his hand, - so he's won.Right? But the circular oil painting includes 2 more white kings on the board. No chance the guy can succeed in an unfair world. 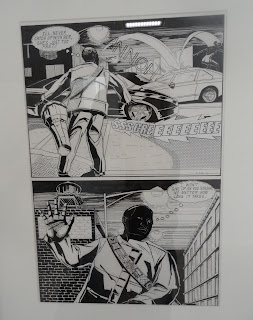 There are also, believe it or not, a collection of folk art with especial reference to black culture, a series of cartoons from KJ Marshall, ("Fuck the Founding Fathers”) from Alabama, plus selections from The Back Panther Archives = (includes Margaret Bourke-White,) PLUS selections from the Journal of Harold Van Santvoord. Van Santvoord was a local native resident of Kinderhook village, a descendent of William of Orange. He was known as a writer, in NY and Albany in the 1880s, but privately he loved doing cartoons & limericks. 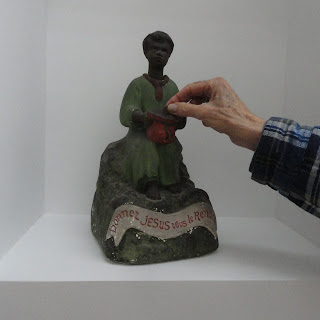 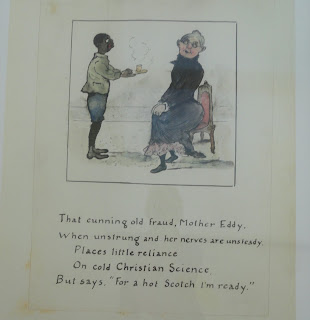 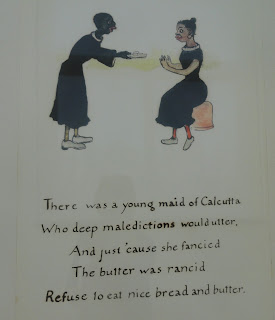 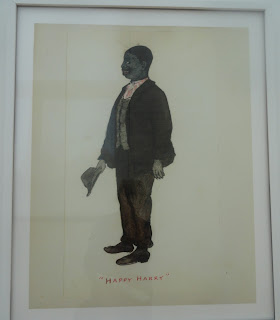 A journal discovered in 1900 exemplified social attitudes at the time - racial, degrading to African-Americans but done more innocently back them.    The limericks are hilarious as u can see. 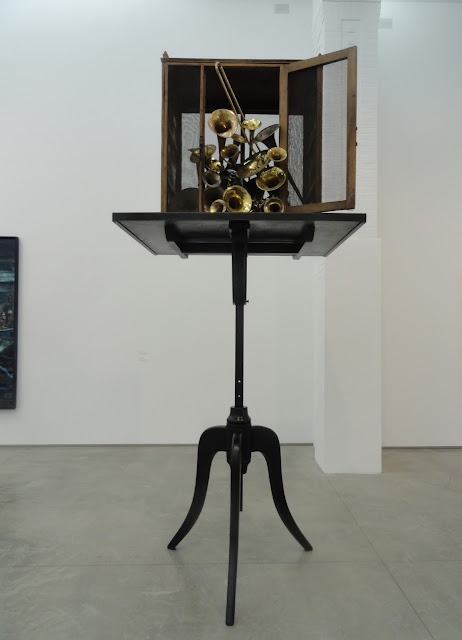 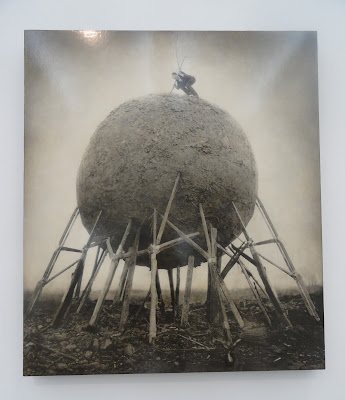 and Radcliffe Bailey's giant music stand with a cage of battered brass musical instruments damaged by Hurricane Katrina from New Orleans, are all memorable. 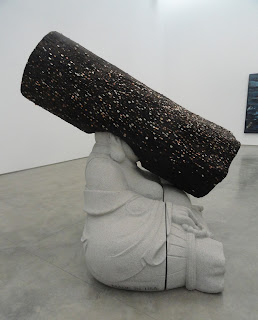 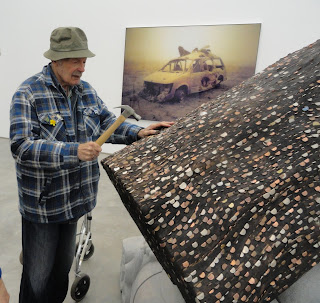 The show is dedicated to Claude Simard, co-founder, painter, key inspiration, who died suddenly far too young last year. He was also a conceptual artist, here represented by a 1998 C-print 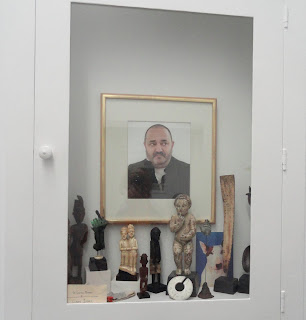 Well worth a drive from NYC up along the Hudson river to see this significant show. 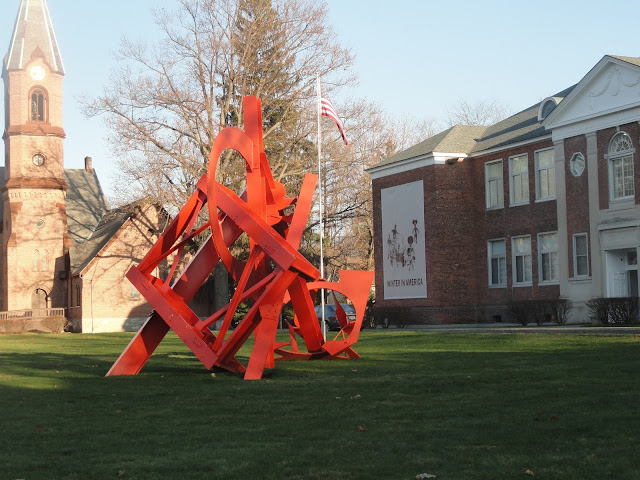 The School, is a converted 1929 Federal Revival building that was once a school for Kinderhook kids. During renovation of the 30,000 square-foot structure, the basement auditorium was excavated to include staggering 24-foot-tall ceilings.  tel 518 758 1628.
No comments:
Newer Posts Older Posts Home
Subscribe to: Posts (Atom)