ZERO at the Guggenheim & Achim Moeller
Two such interesting, unexpected shows!  In 1958 Otto Piene & Heinze Mack, later joined by Gunther Uecker, (he of the robust, hardware shop/ farm nails)  formed Group ZERO in Dusseldorf. Its aim to create "a zone pf silence & pure possibilities for a new beginning." Their art championed kinetic, light & above all minimalism. They used new materials: chrome, aluminium, latex & motors. It was a European movement but attracted international attention. 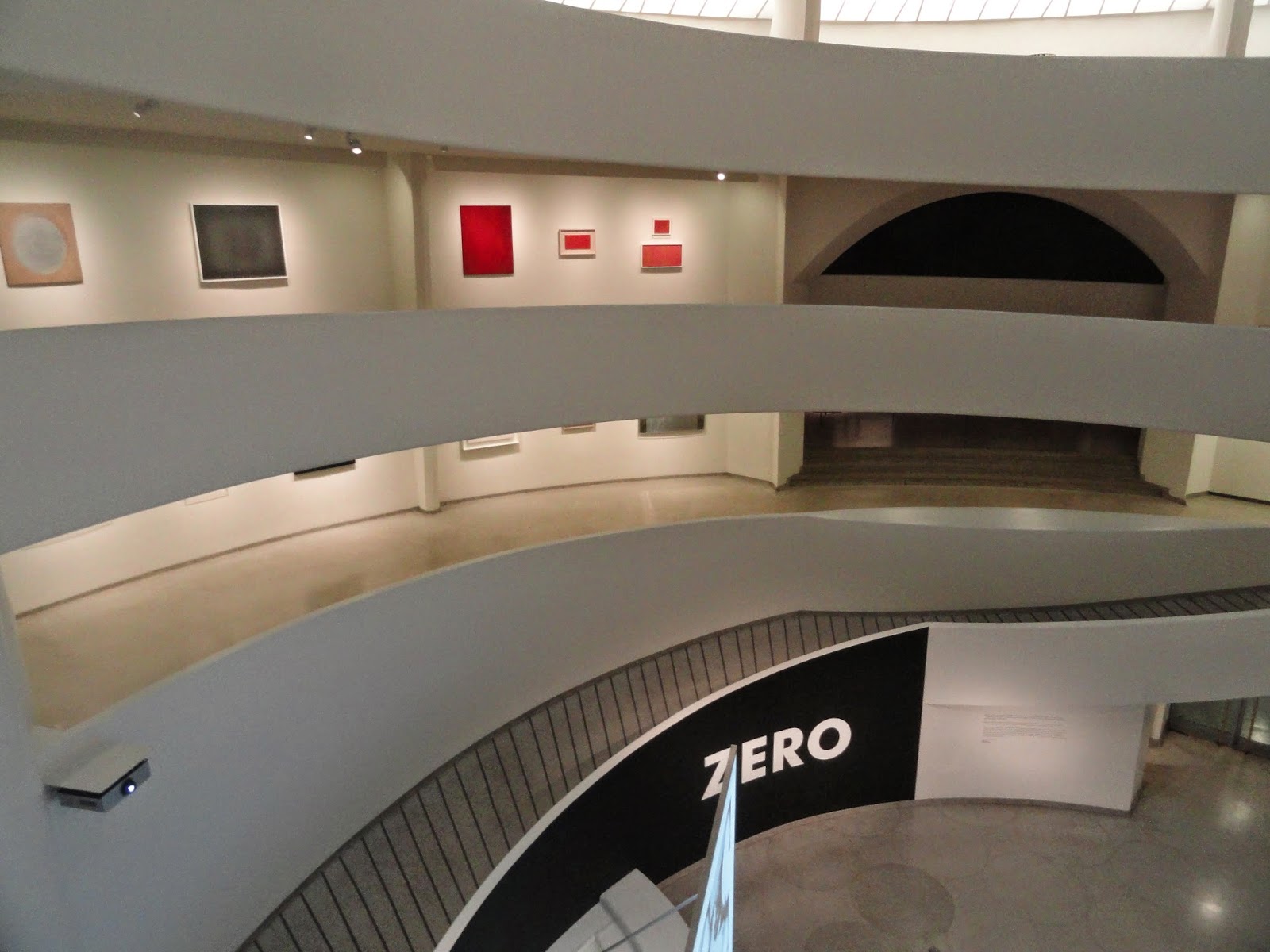 But as I walked down to Guggenheim's long curving ramp, I was surprised to see work by George Rickey, Tinguely, Fontana, Yves Kline, Manzoni, Kusama, plus lots of artists I didnt know at all ! In fact but for Ricky Demarco I would be ignorant of Uecker too! Most pieces are from the 1960s.

And despite knowing George & Edi Rickey, I also didn’t know about their collection of Zero works among their Constructivist Art, gifted to the Neuberger Museum, NY.  What a lot we don't know! I asked around and discovered that few of our friends knew about Zero. 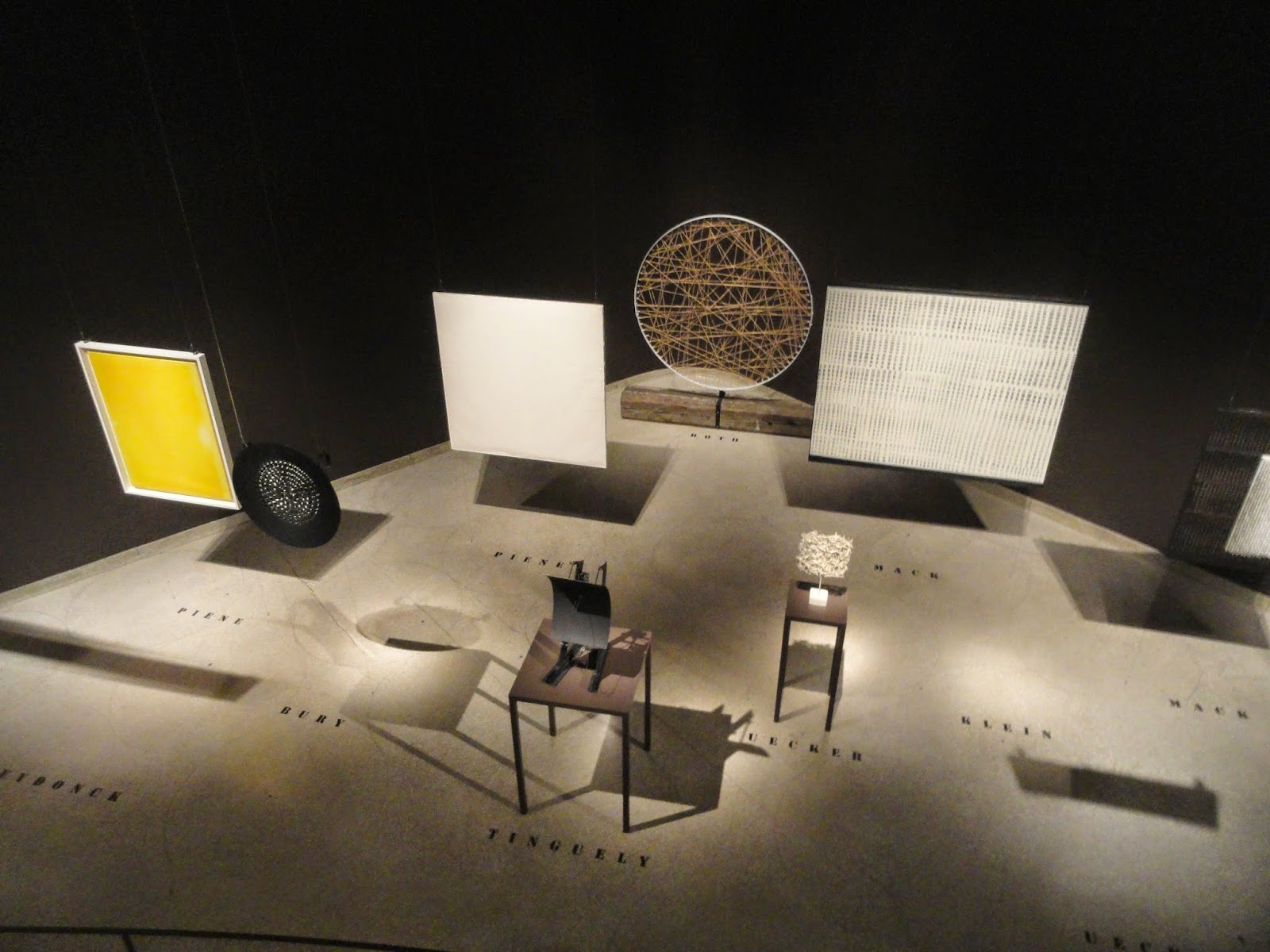 Except Achim Moeller. He has a gem of a show - small but perfect. His is called ZERO in VIBRATION; the Guggenheim’s is ZERO: Countdown to Tomorrow, 1950s–60s. 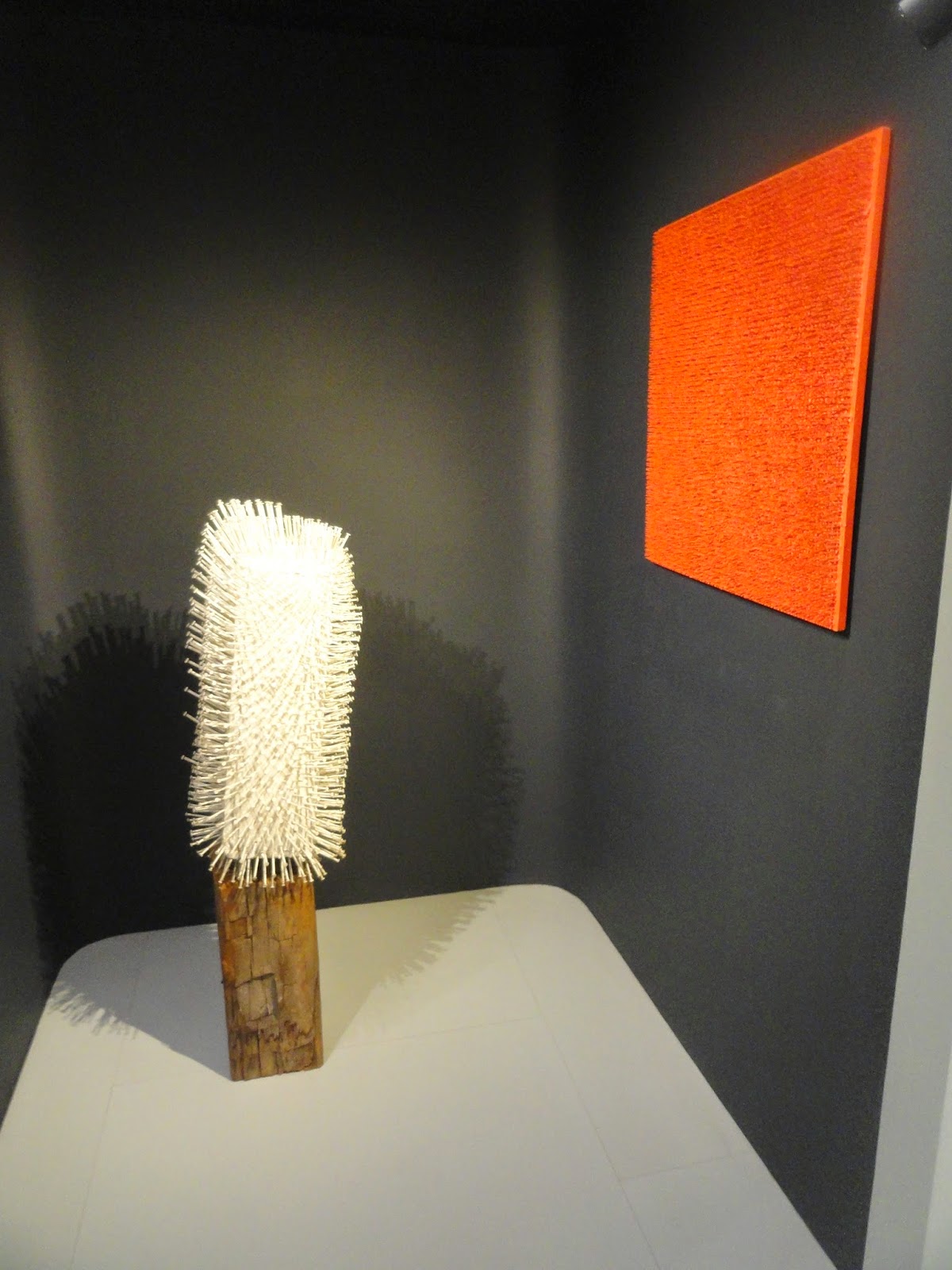 Another show which included tons of artists unknown to me is at Jack SHAINMAN’s Kinderhook outpost upstate: the amazing, vast former School which easily absorbs El Anatsui’s huge hangings made out of liquor bottle caps and copper wire. These radical pieces are now famous from their inclusion at Venice in 1990 & 2007, but many artists coming, like him, from Ghana, Nigeria or parts of India need someone like Jack to introduce them to the West. As we walked upstairs & downstairs Jack counted on his fingers the different nationalities represented there - & came to 16! We may have cheated a bit but for sure the total is over a dozen. 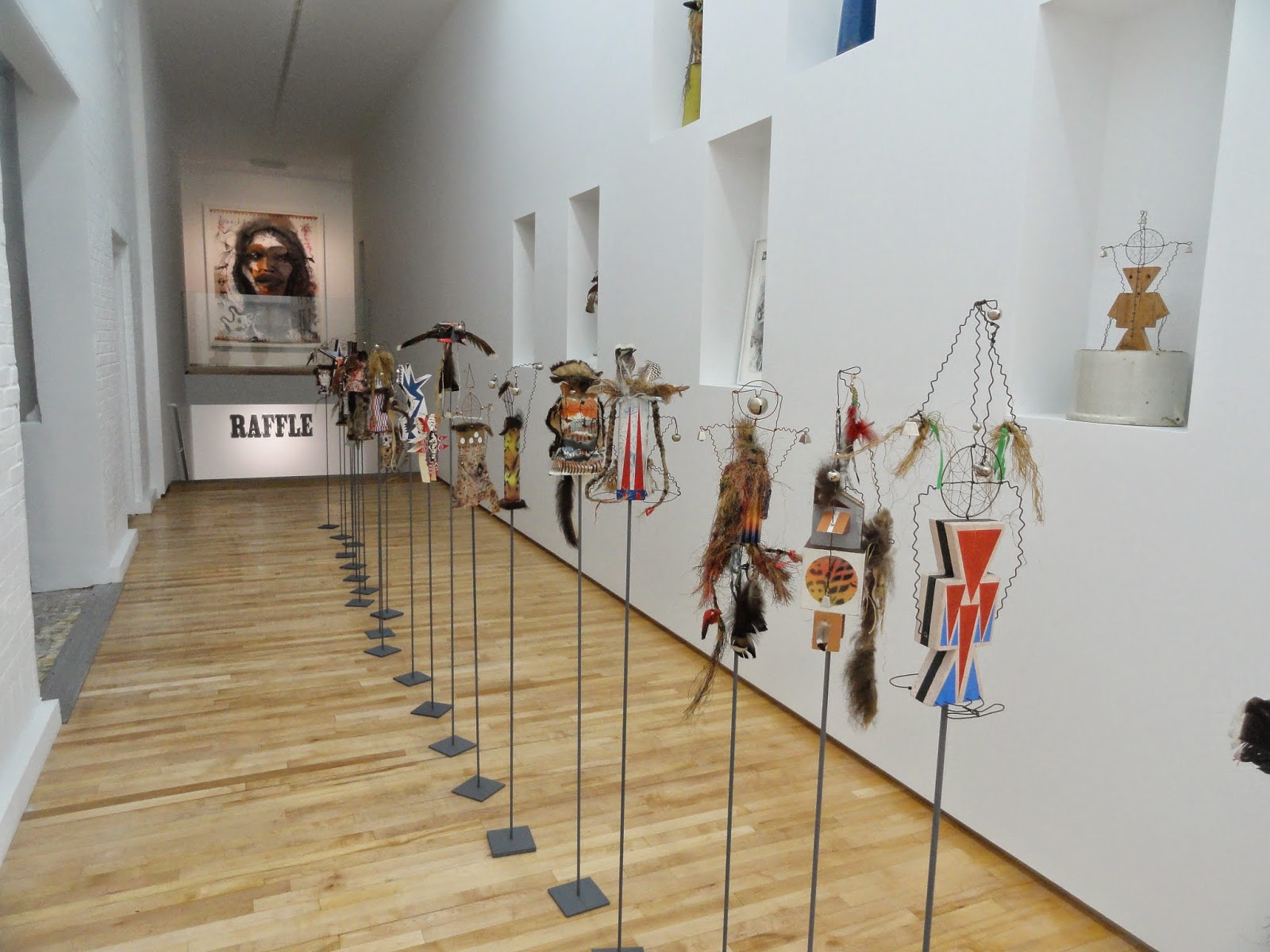 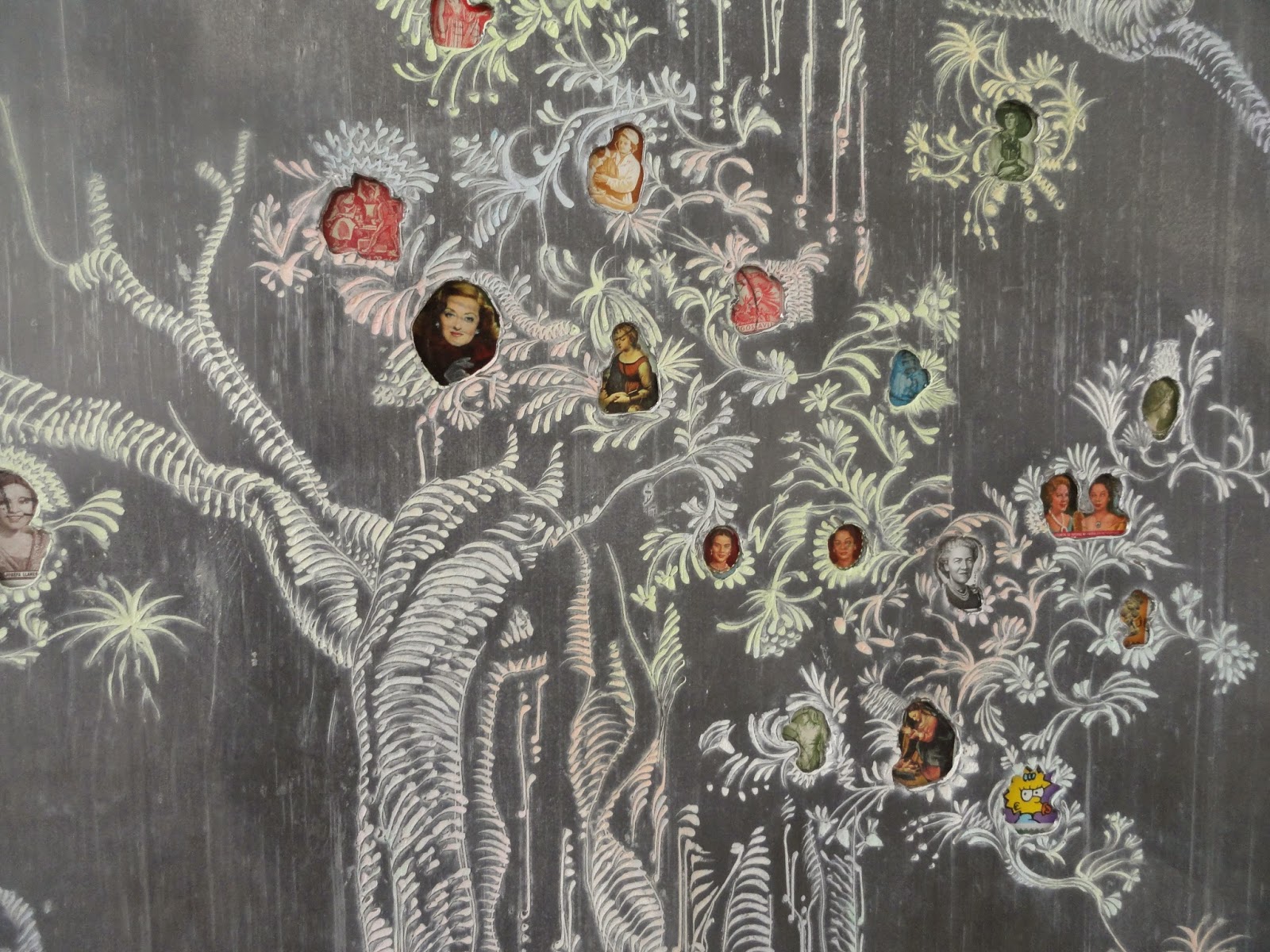 I have been an Estes fan since the mid 1960s. No one can do SuperRealism better then him.  I didn't meet him in the flesh till 1999, when we visited his home in Maine. Modest to a fault, his complex oils of New York subway, store or diner windows are a magic puzzle of layered reflections. 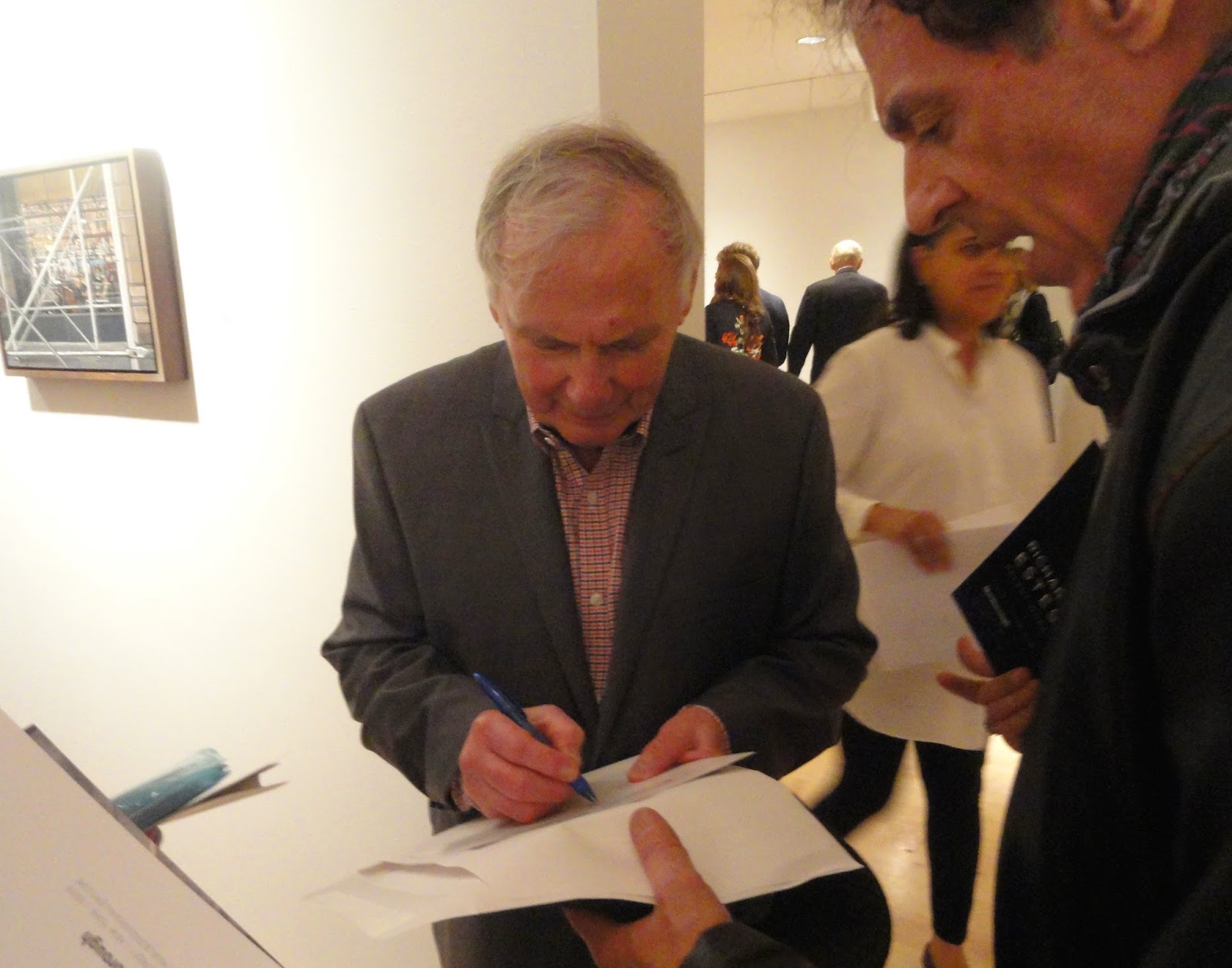 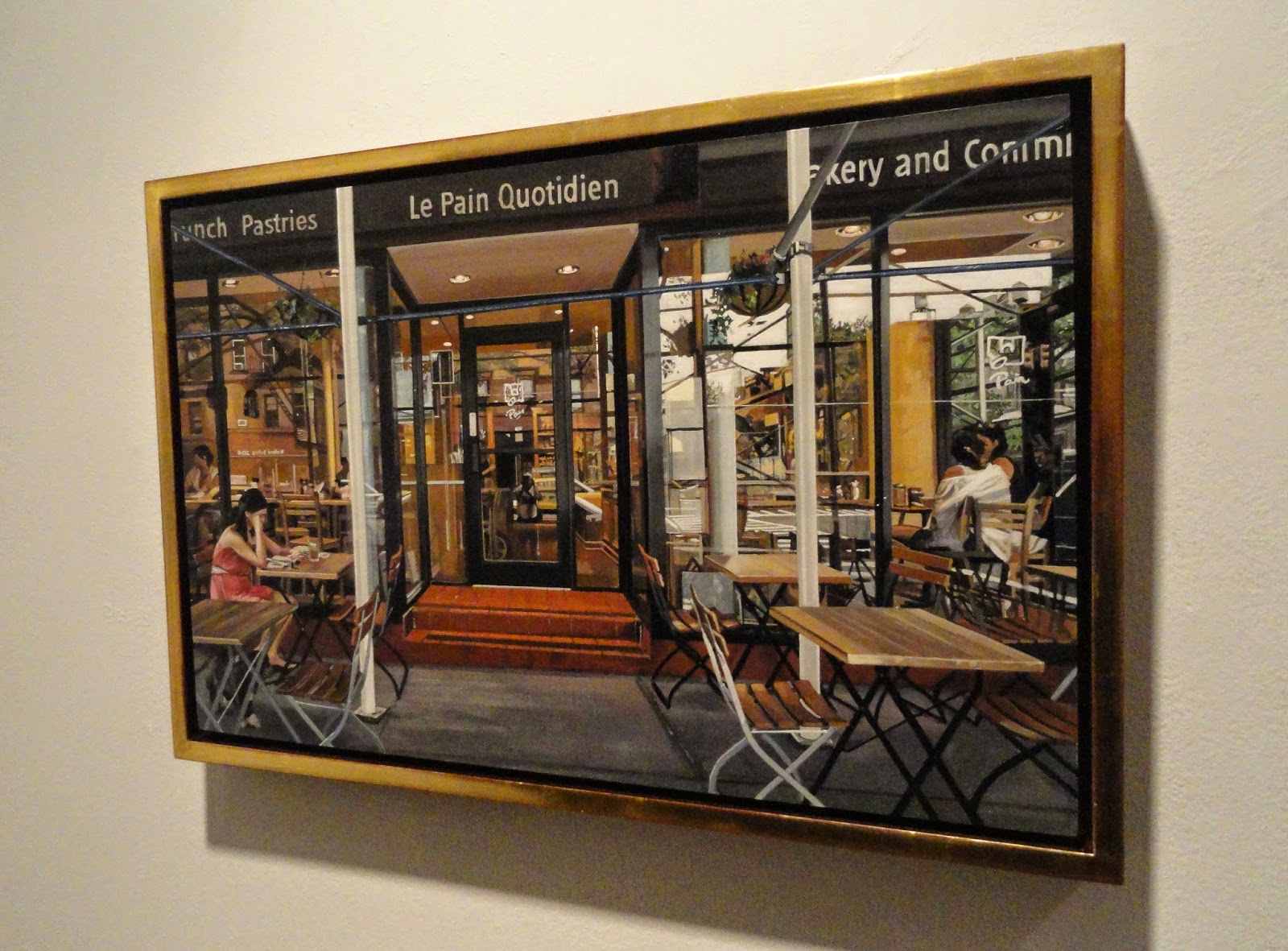 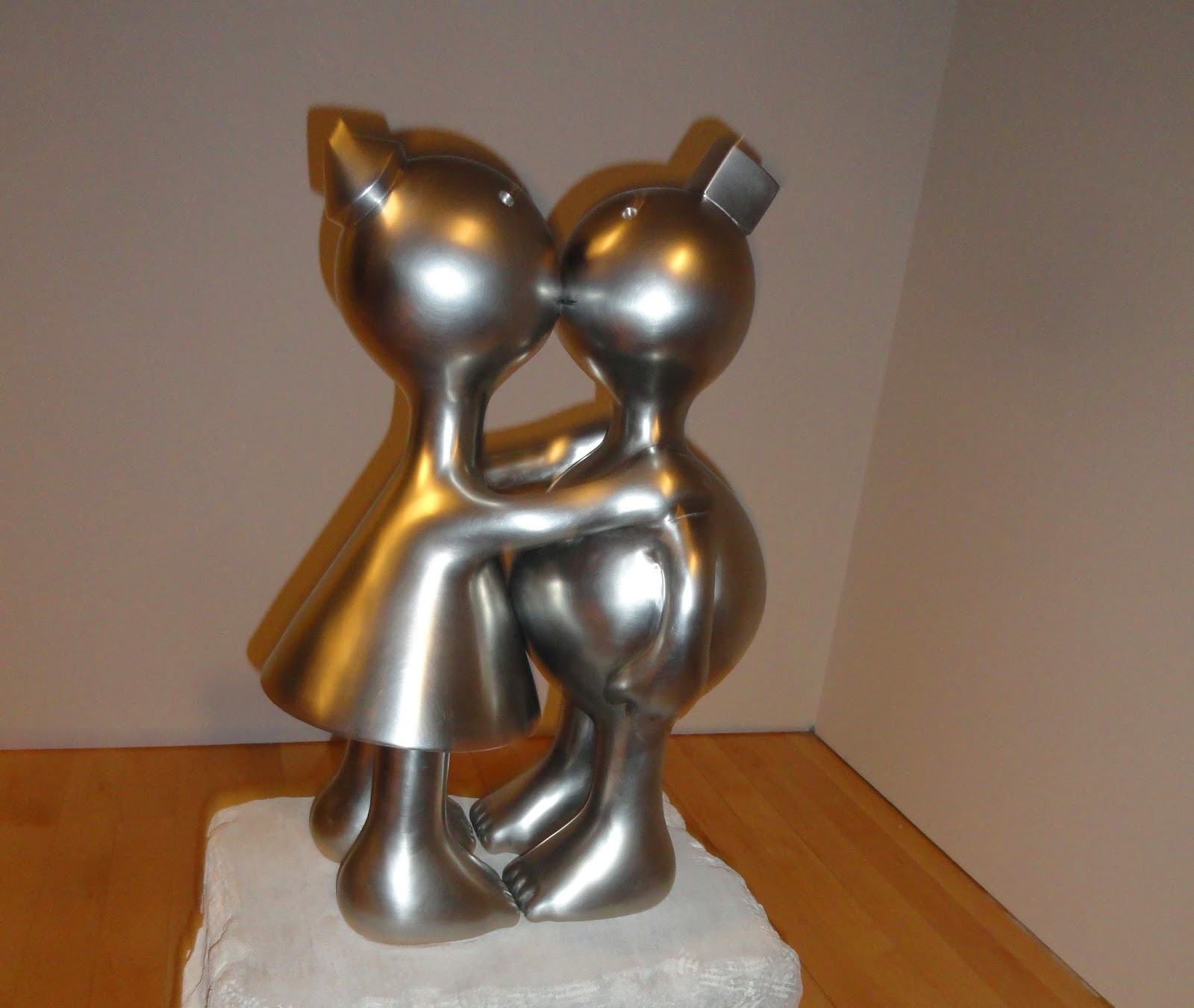