PETER BEVAN's new Glasgow show is stunning - a revelation, a first class, top rate, must see event. International in inspiration, it is also international in feel, and would look at home in London, New York or Rome. 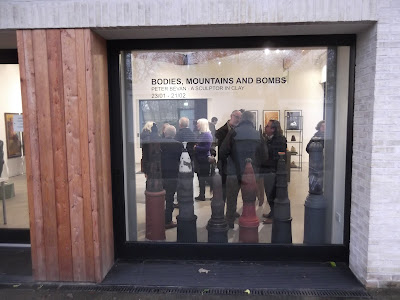 Bevan works in clay, employing the simple ceramic process of modelling then firing, to create elegant, beautiful shapes, surfaces, textures and colours. A painter by training, at London's Royal College, he turned to sculpture as a less solitary, more sociable, collaborative occupation, teaching it full time at Glasgow Art School for 30 years, 1973-2003. 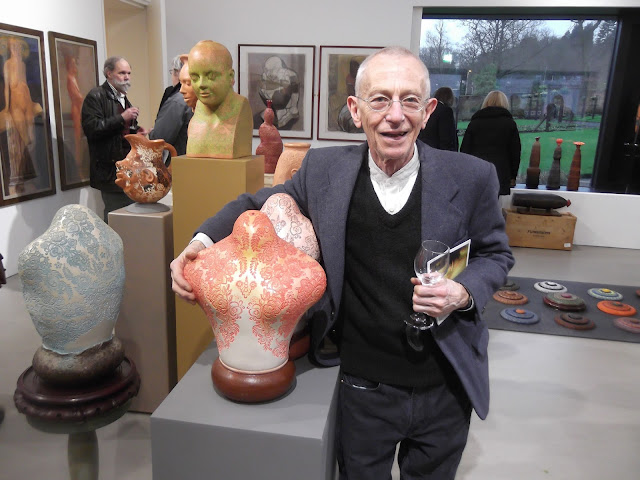 Now retired, he can visit his beloved India often. He first went there in 1989 & Eastern Buddhist shapes, votive forms, patterning & thought continue to inspire him.

The exhibition, immaculately installed in the Studio Pavilion at Bellahouston Park's House for an Art Lover, is titled BODIES, MOUNTAINS AND BOMBS, the subjects of 3 strands of work over the last 25 years. 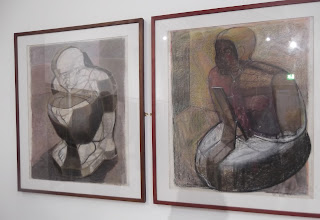 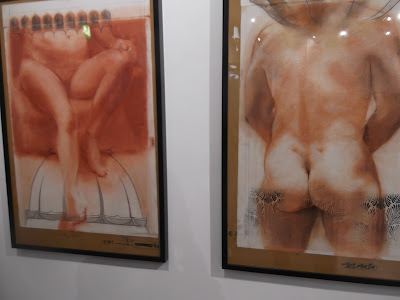 "Soon I became concerned with the surfaces," he explains. He experimented with pattern & impressed text & soon discovered he could hand-press fragments of crocheted lace into the wet clay before firing - a method he still uses today. 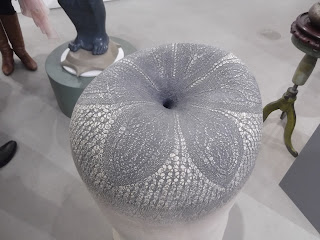 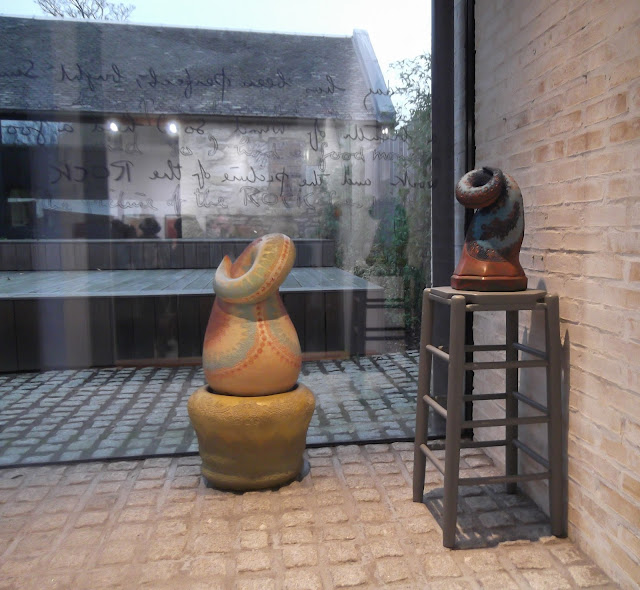 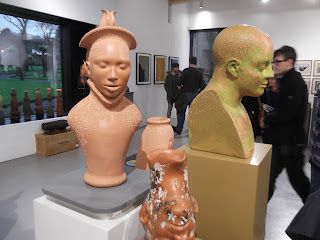 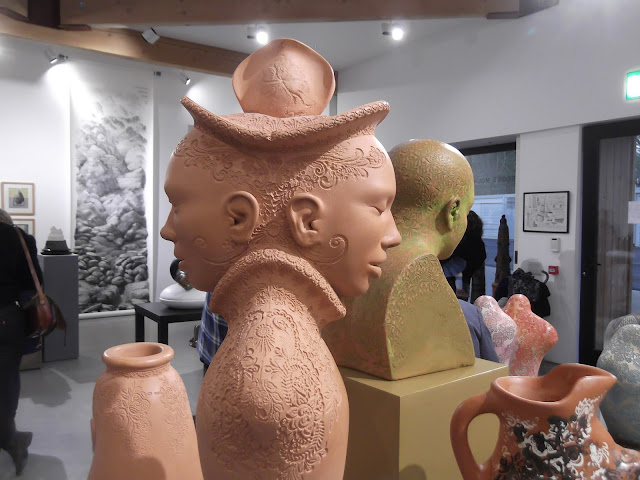 On the opposite wall a large Japanese-style scroll drawing plus small detailed sketches of rocks & mountains - what a great draughtsman Bevan is - tell of his love for high peaks especially Mount Iwate in Japan & Mt Padhia in Gujarat. 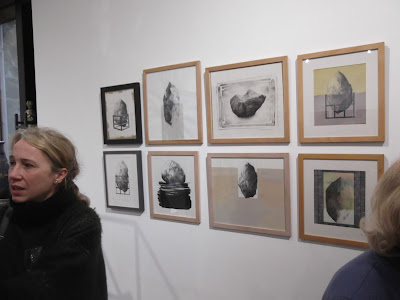 A series of small sculptures conjure up for me the idea of miniature mountains alongside bonsai trees! 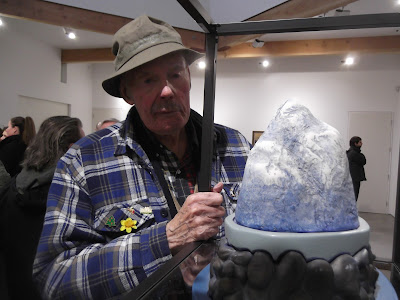 The 3rd category or group Bombs are in fact Flowerbombs which Bevan made as a result of current wars in Afghanistan, Iraq & Syria. "Tho useless, even whimsical, they are an expression of my horror, impotence & anger over the violence of these conflicts. Let us dispense flowers & seeds rather than shrapnel" he says. 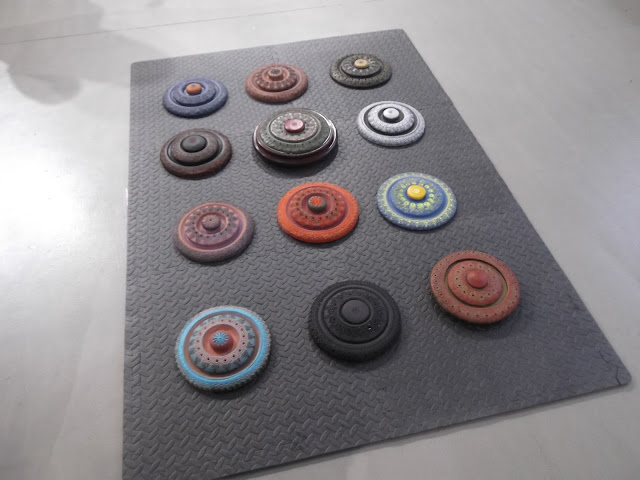 These subverted conceptual Flowerbombs, perfectly installed across the Pavilion's windows, also hint at the shape of Buddhist stupas while Volcano & Bud also has a menacing missile quality. Life & death combined. 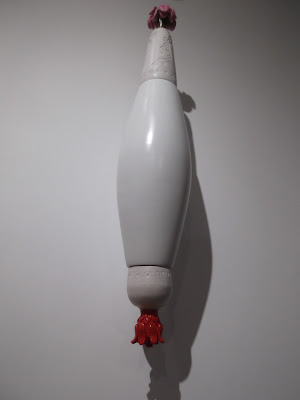 A new piece, Minefield, made up of 12 circles, presents a more minimal abstract air, as does a terrific White Missile, hanging on the wall nearby. 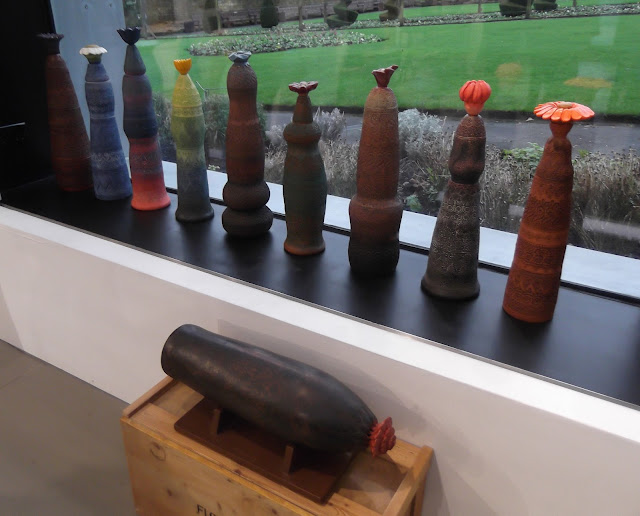 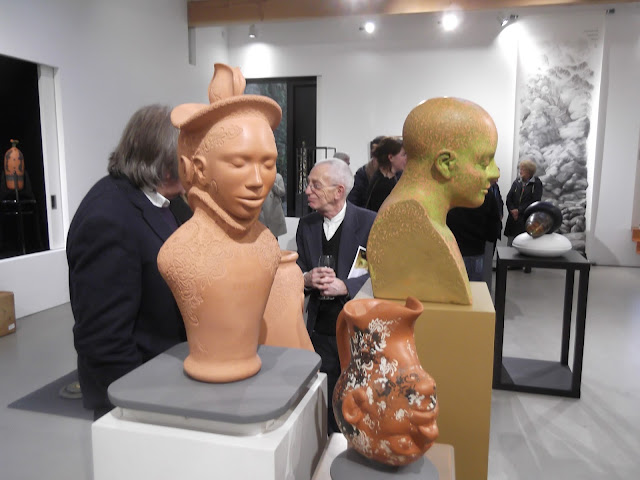 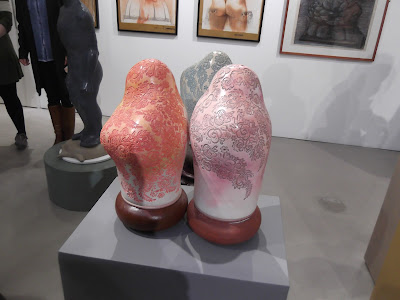 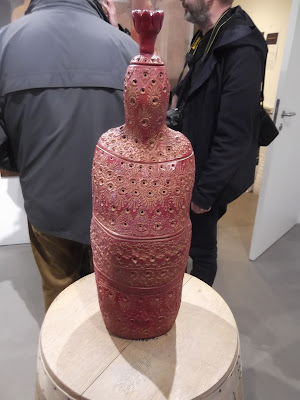 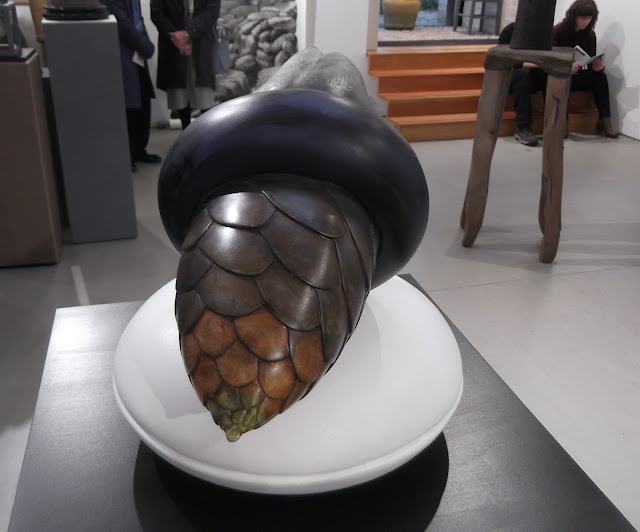