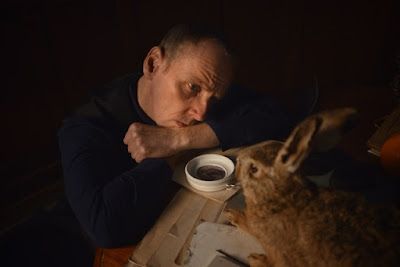 DURER’s painting of a hare - which he did in 1502 - is so well know, such an icon. Amazingly it turns out that anatomically, no hare, is actually like that! DERRICK GUILD decided to make paintings of the hare - but from different angles. His taxidermist broke the bad news. 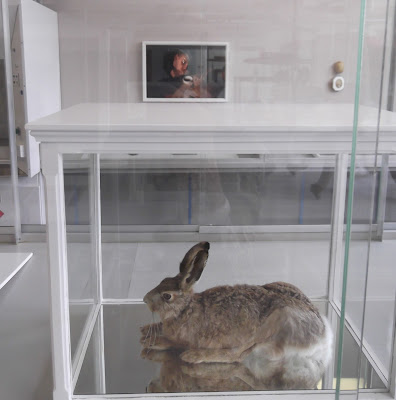 Regardless of this GUILD has orchestrated a wonderful mis en scene at Summerhall, utilising the sinks & glass cases of the old Vet building to great effect. 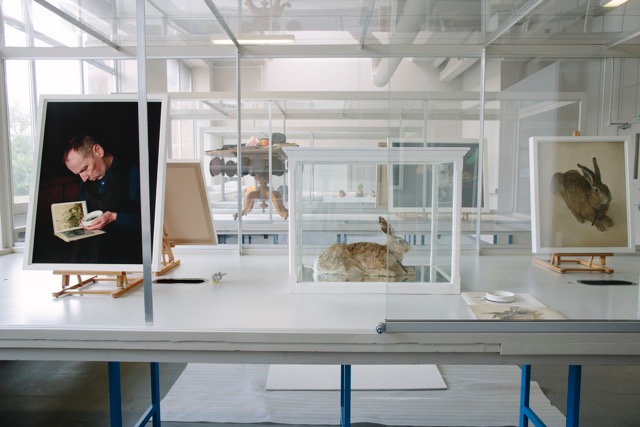 He imagined a melancholy film involving the hare and the hero, with actor Ewen Bremner, in the lead role. 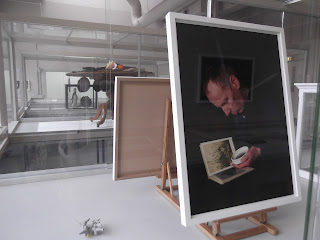 The entire room is called into play with props, antique tables, cases, paintings & photographs enticing you onwards inviting the viewer to explore the mystery. 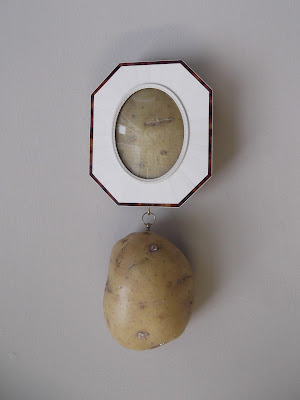