Artists widows can have a tough time. My friend Magda Salvesen, herself the widow of American expressionist Jon Schueler, wrote a book about women left to deal with famous painters' archives. 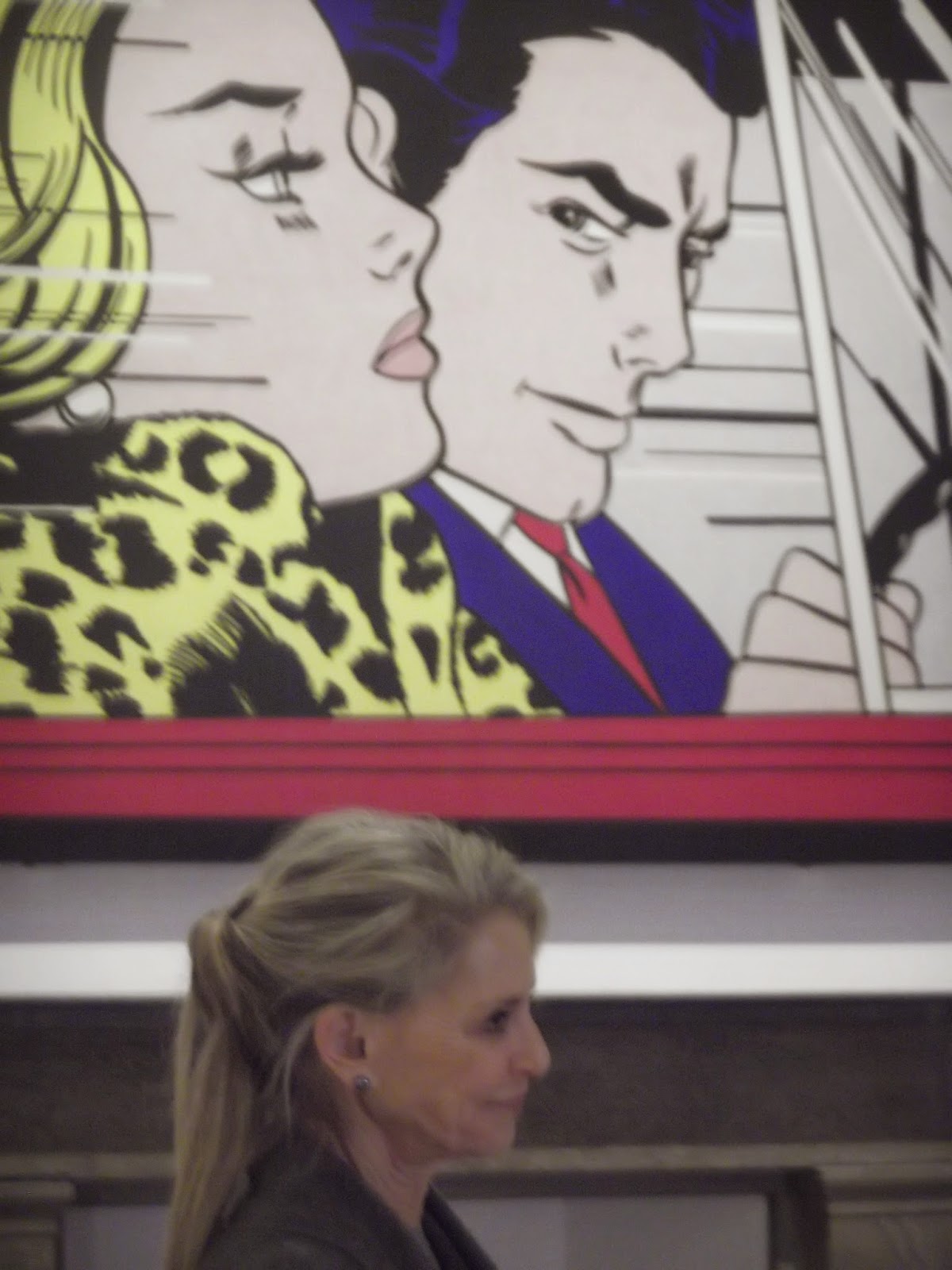 Some widows accept the job. Others hate it. In Scotland Carol (Steven) Campbell and Maggy (Tim) Stead have tackled the problem with determination and expertise.


Dorothy Lichtenstein is also an example
par excellence. She is present whenever, whatever. The first time I met her was in New York subway at 42nd St /Times Square when Lichtenstein's vibrant 53 ft mammoth mural was installed. It was 2002. She told me then, "Roy loved New York & rode the subway from the time he was a boy." Last week she was in Edinburgh, her first visit, for the unveiling of 16 large scale prints from the 1990s. 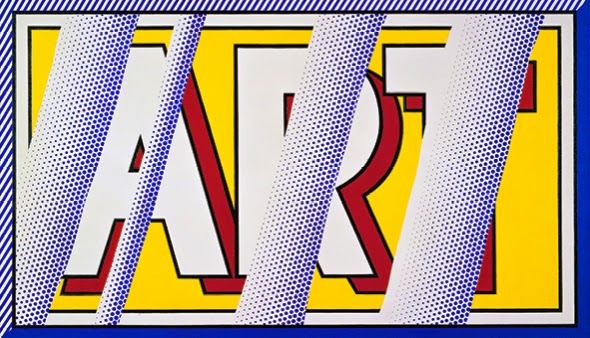 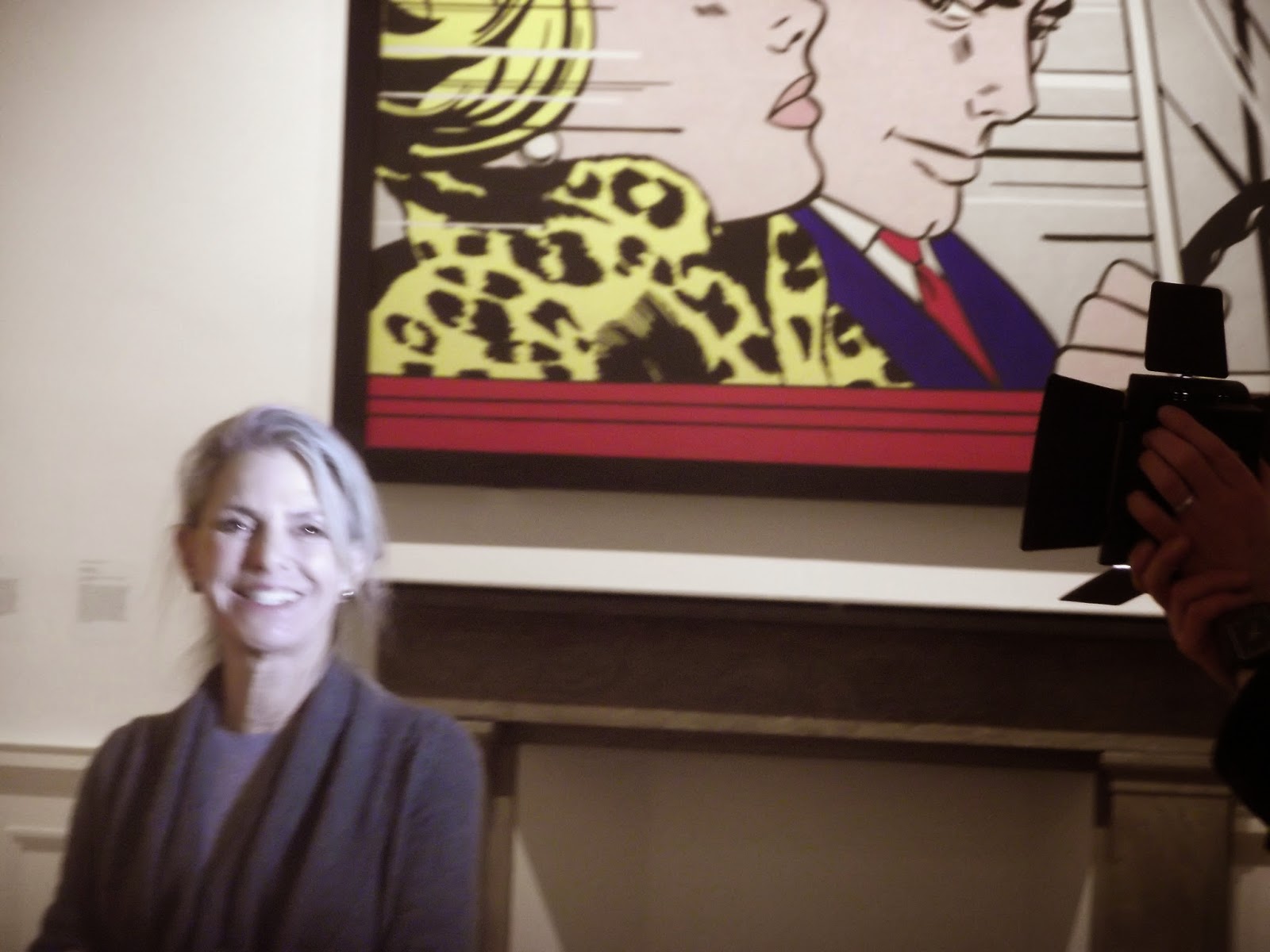 They met in 1964 when she was working in an art gallery in New York round the corner from his studio. "We had asked him and Andy Warhol if they would put an image on a shopping bag for us. Roy was just happy to be asked.  He was a shy person."  For her it was love at first sight. They married in 1968. He died in 1997 age 74. 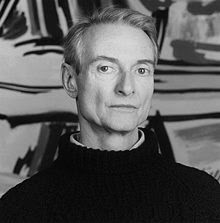 The Edinburgh show consists of 3 Artists Rooms, filling the GMA ground floor. The 16 prints from the 1990s are huge & impressive, most riffing off the idea of reflection, glass and mirrors. GMA is lucky in its possession of his famous comic book Car oil painting 1963 which used comic books as its source. The Tate has also loaned a dramatic steel relief from 1965, Wall Explosion. 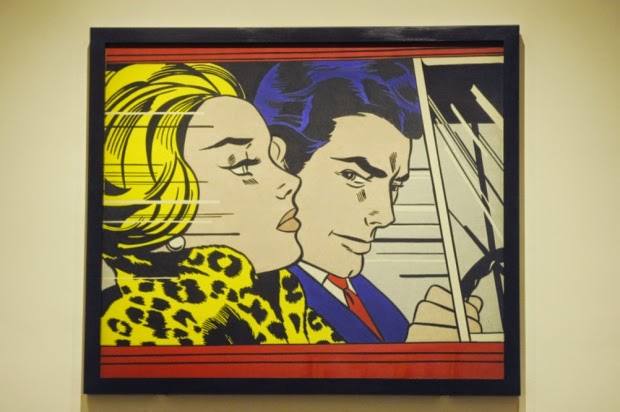 
Lichtenstein, a pioneer of Pop Art, is best known for his use of the immediately
recognisable commercial Benday dots, which brought him fame when he was 40. But another signature is his love of  images as tho seen thro glass, with streaks crossing the surface. 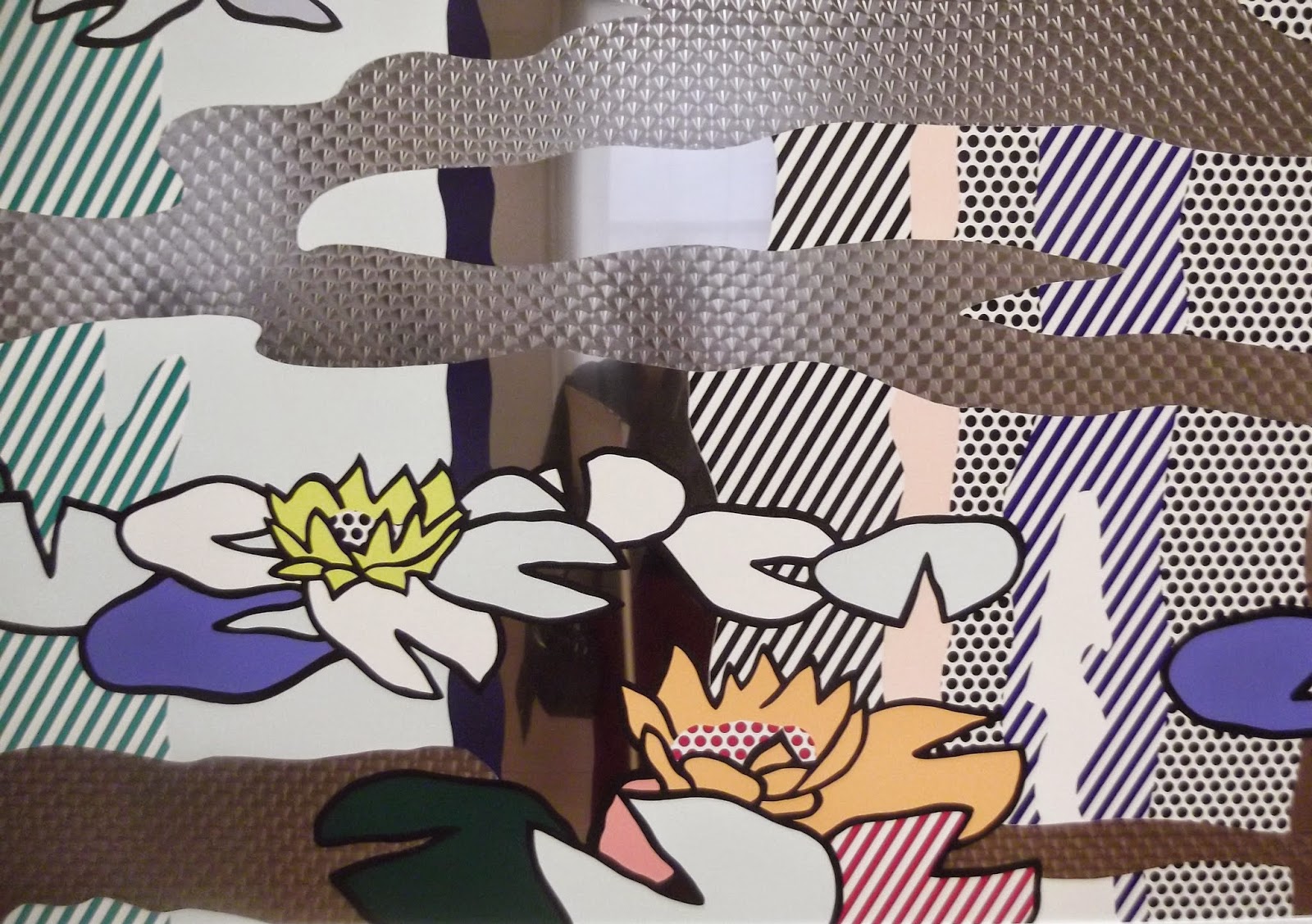 In the 1990s he reprised this use of parallel lines but in a more elaborate, sophisticated way. He also took to a playful reworking of iconic images by Picasso & Monet. Here a series of 1992 Water Lilies on stainless steel are produced using a hand held tooled drill to make small whirls. Silk screen lines & lily pattern shapes over lap the reflective surface to suggest shimmering water - a highly complex printing process! 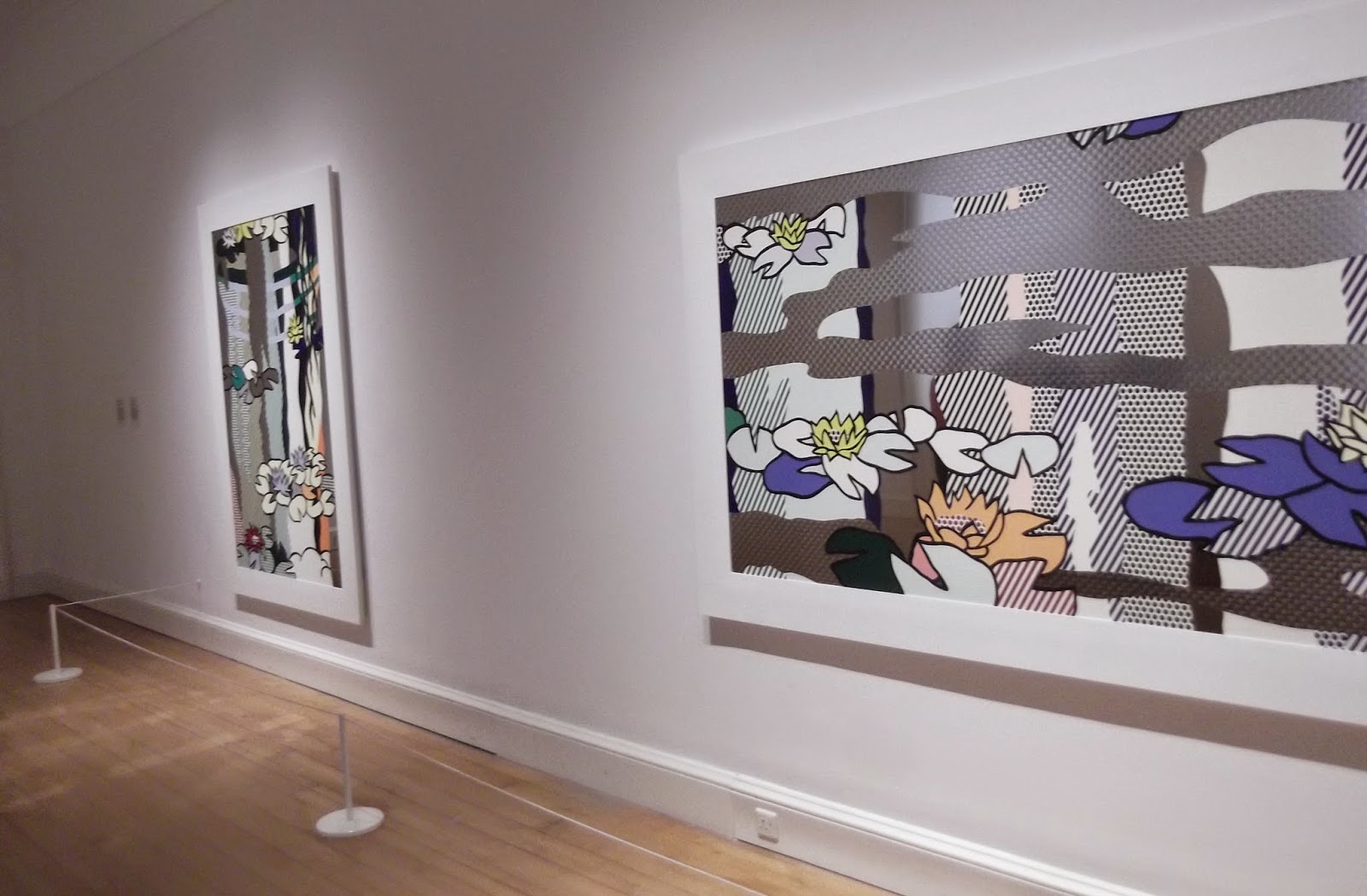 In the 1990s Lichtenstein also tackled the nude for the first time. Dorothy says, "Roy once joked that it was a good excuse to contrast undulating & volumetric form with rigid geometry." 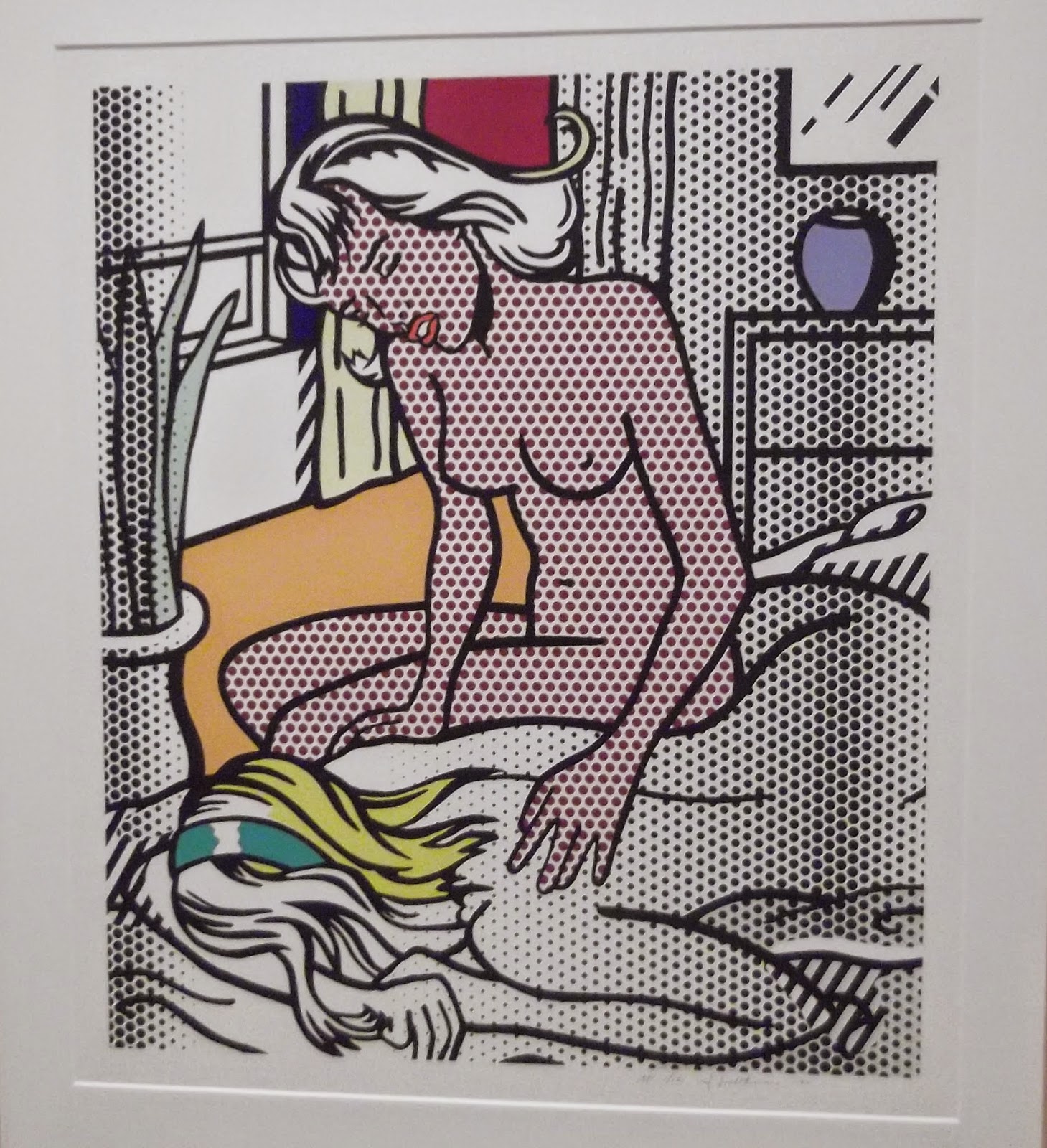 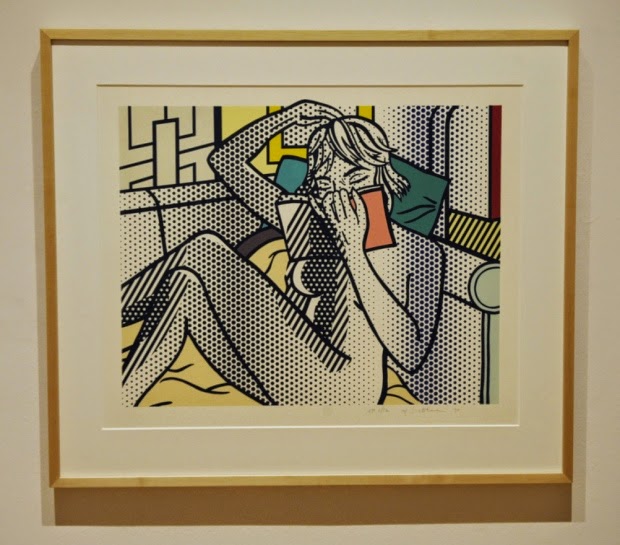 There are also several compositions relating to music - he loved jazz - with notes breaking free of the stave to float beyond. 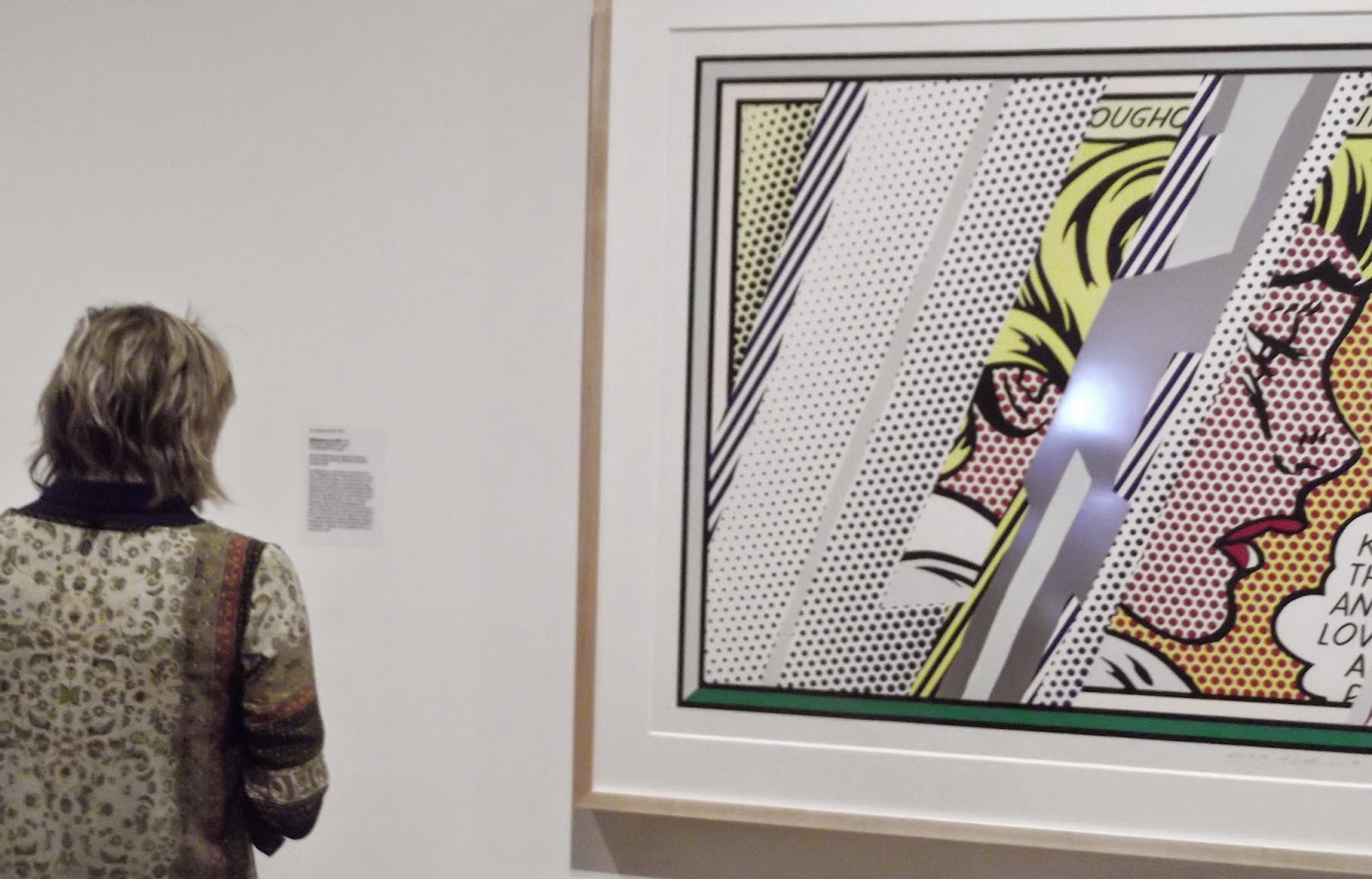 Lichtenstein's blurring of the boundaries between high & low culture which began in the 1960s, never left him. He has had a major influence on future generations of artists and designers worldwide.

This exhibition is courtesy of Anthony d'Offay's ARTIST ROOMS, the Lichtenstein Foundation in NY & the Tate. Since it was launched in 2008 with 1500 works by 38 leading artists, valued at £100 m, there have been more than 130 Artist Rooms exhibitions seen by 31 million visitors. An amazing success story. 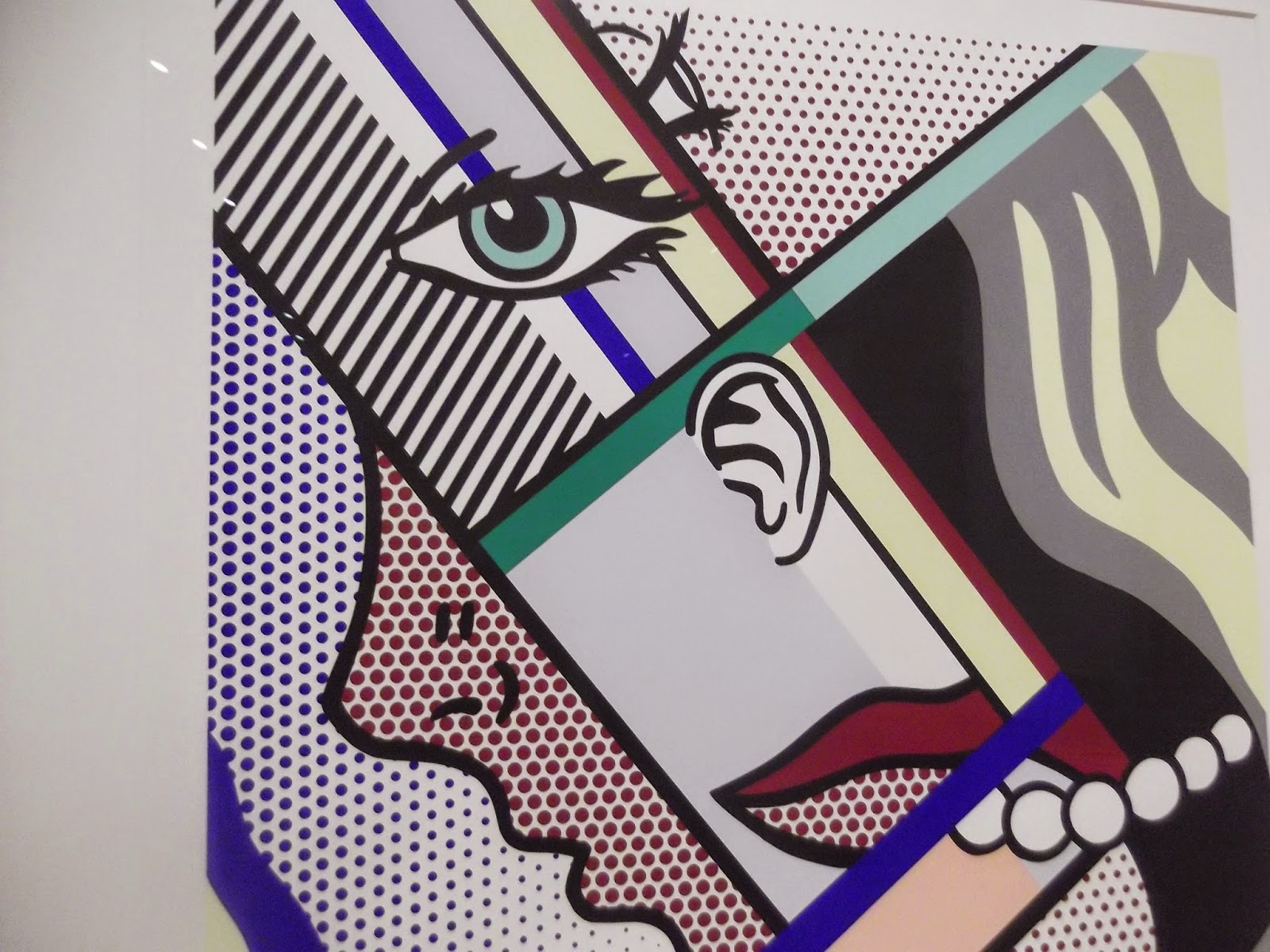