ARTIST ROOMS: The First Five Years.
Since  Anthony d'Offay's ARTIST ROOMS  launched in 2009 with 700 works by 38 leading artists, there have been 143 Artist Rooms exhibitions seen by 35 million visitors at 77 venues from Orkney to Brighton, Belfast to Hull, including 20 in Scotland. An amazing story. Says an American supporter, "Arguably the most innovative & successful exhibition concept in history." These collections are managed by 2 of the world's most prestigious institutions (Tate & NGS) which share these treasures with regional museums & art spaces across the UK. 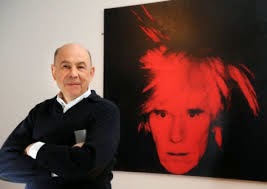 A brand new book recounts The First Five Years. D'offay's collection worth £125 million was acquired for the nation for a knock-down £26.5m, a lavish gift, putting d'Offay on a par with philanthropists like Henry Tate & Samuel Courtauld. Says Tate director Nick Serota, " A gift of this magnitude completely transform s the opportunity to experience contemporary art in the UK. Anthony d'Offay's imaginative generosity establishes a new dynamic for national collections and is without precedent anywhere in the world.'

Richard Long
Well illustrated with images by all the artists so far involved in Artist Rooms, (Arbus to Weiner & Woodman with an emphasis on Beuys & Warhol) it contains some dry facts & lists levened by vital details. Right at the back of the book we learn that aged 7 to 10 d'Offay was left at Leicester's main art gallery while his mother went shopping. There was a Francis Bacon there that made a big impression. Bacon still does, "because of his colossal importance and influence a continuing relevance today." These Leicester gallery visits "Became the defining experience of my life."

Warhol
Later as a student in Edinburgh he haunted the NGS, met Ricky Demarco & Beuys, plus Ian Hamilton Finlay. Says Demarco, "In the early 1960s t his extraordinarily serious young man came into my gallery endeavouring to interest me in a print ! " Twenty years later, Demarco watched d'Offay create his reputation as an international dealer via  Beuys, whom Demarco had introduced to Britain - and to d"Offay. 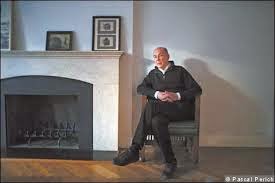 As his West End London Dering St gallery spaces grew, in 1980 d'Offay was able to do Beuys' huge felt pieces justice. In 1986 he exhibited Warhol's late self portraits portraits amid a media riot of TV & press. My review of 15th July '86 tells me there were "22 portraits, silk screen on canvas of Warhol with spiky silver grey wig teased into angular diagonals, printed in shocking pink, bilious green or jigsaw camouflage. The large 9ft canvases cost $65,000 in dollars."  I met Warhol again the day after his opening. He was at the Hayward Gallery to see L'Amour Fou, the blockbuster Surrealist photography show. "I wish I'd come here yesterday instead of those d'Offay receptions." he told me. "This is a wonderful, marvellous exhibition." Warhol wanted his photo taken in front of the placard blowup of Boiffard's 1930s female nude, & he raved over a small, precise & mysterious 1923 image of Aragon's Hands taken by Man Ray. Six months later he was dead. 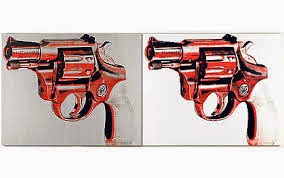 Still controversial & challenging to new audiences, Warhol & Beuys were key to d'Offay's gallery and, because there are several hundred works by each, remain the twin great poles of ARTIST ROOMS. 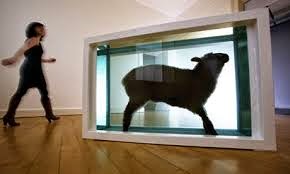 Damien Hirst
D'offay was one of the most hugely successful art dealer ever & shocked everyone when he closed his gallery in 2001, a week before 9/11. 'There is never a good time to announce one's retirement, but I would rather step down when the gallery is at its height.' he said. Little then did we know his master plan! Its 3 main principles are to work with world-class art; to curate tailor-made in-depth solo shows which are shared by travelling to regional museums & art galleries far from metropolitan centres; to inspire young people. 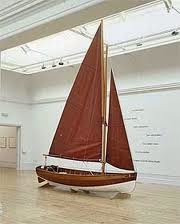 Hamilton Finlay
Immersive is such a current over-used word. But for once it really applies here. Introducing difficult figures such as Vija Celmins to Dumfries or Bill Viola to Kilmarnock & Stromness, Jenny Holzer to Woking, is made easier by an all encompassing, immersive focus. Collaboration with smaller galleries has taught them about environmental & insurance conditions. Encouraging marketing/press partnerships between museums/ galleries + youth programming... it's all a veritable educational institution as well as a top class touring extraveganza. 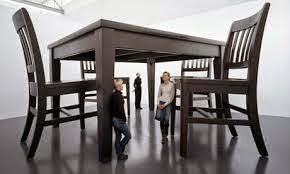 robert therrien
It all comes down to branding & stamp of approval. Big names open doors. Big names get press attention. No surprise that frequently 50% of visitors were new to the venue & the young have often never heard of the artist before they step thro the door. 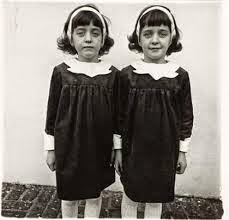 Loyalty to Scotland shows, vide the current superb Lichtenstein exhibition at GMA. D'Offay believes fiercely that  "Art isn't fun. Art is about mortality. Art is about ideas. Art is a liberating & strengthening experience. In a time when, for many people in this country, religion no longer fulfils the role that it did 50-100 years ago, what you believe in becomes very important. Art and creativity become something you can believe in.' 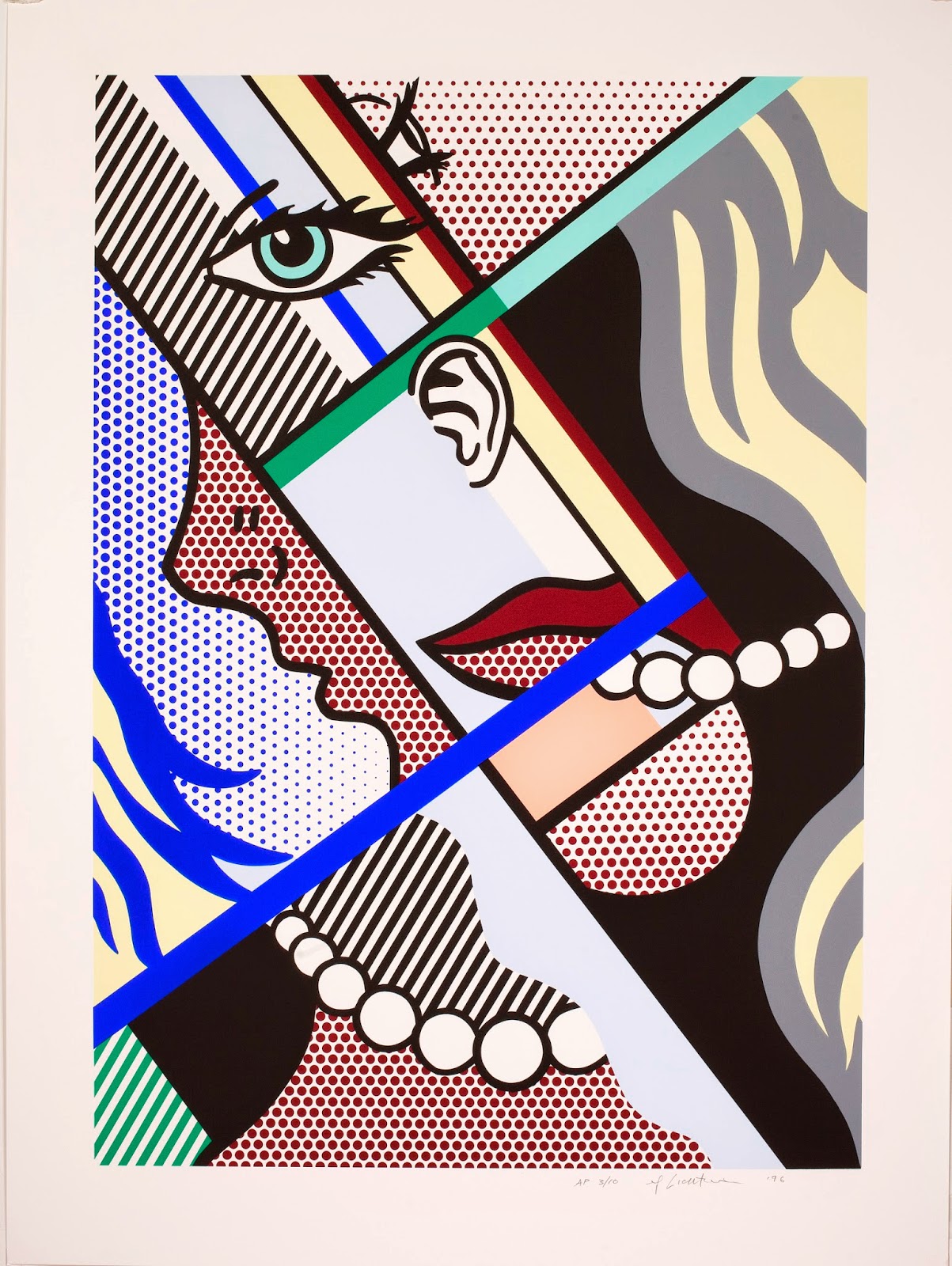 Warhol once said, "I wanted to be an art business man or a business artist. Being good at business is the most fascinating kind of art." With ARTIST ROOMS D'Offay, now 75, still very hands-on, has achieved something wonderful, something unique, at a stroke transforming the visual arts landscape of the UK. Thank you Thank you. And I hope you get your Francis Bacon soon! 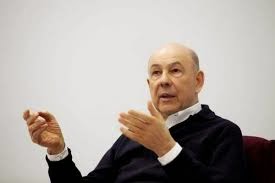 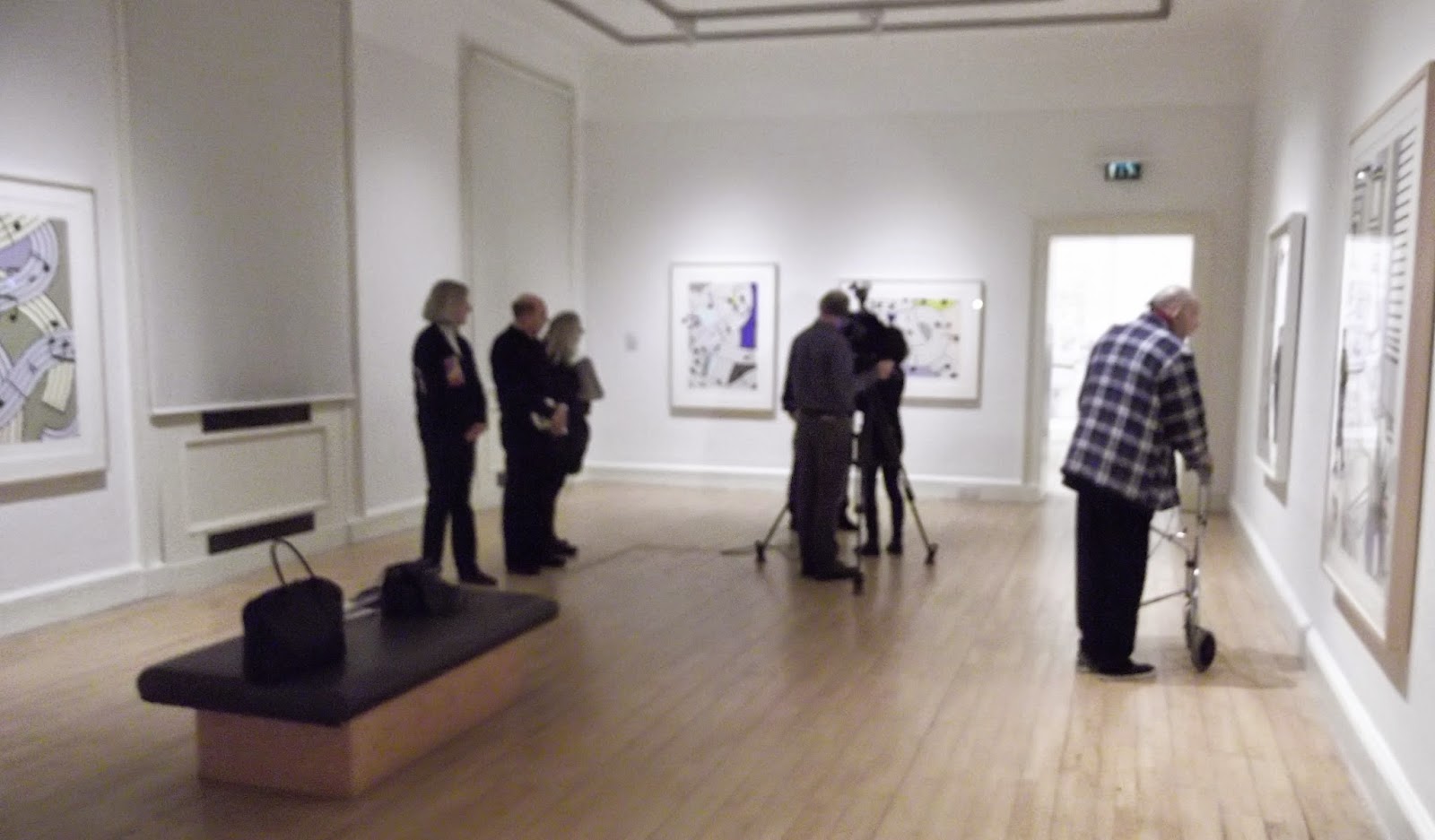