Given a choice of cleaning the house or cooking I prefer to garden, read or write. Best is meeting new people and seeing new art galleries or artists. We did all these on a recent visit to Boston. For u Brits here is a map.  Boston is famous for welcoming the Pilgrim Fathers and later refusing to pay tax - hence the Boston Tea Party 1773 demo - nothing is new- when they tipped the offending tea into the harbour. 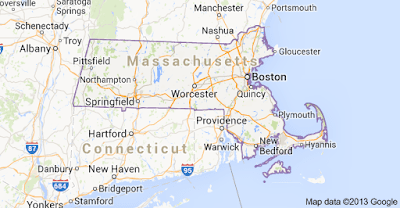 Nearby Concord - 20 miles to the west, is also famous for its literary folk - Little Women was written there in this house in 1868. 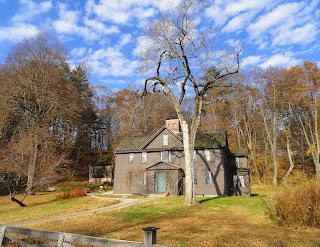 It was also the site of the start of the American war of Independence in 1775 and the ride of Paul Revere. End of lesson. Now to the art!
Boston MUSEUM of FINE ARTS mfa.org is huge and since the addition of a new 4 storey high, glass wing is enormous. "Less user-friendly place now," a regular visitor told me. I agree. They desperately need better signage for their million folk who come each year. 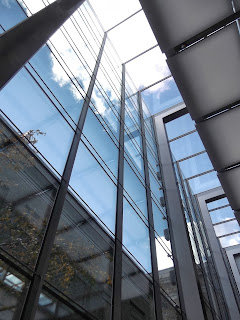 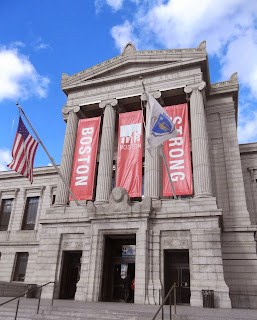 The new wing (53 galleries for Art of the Americas from ancient & native to 21st C) is reached via a beautiful courtyard - where u can lunch if u fight the queue - before going to see the special Sargent show on till Jan 20th. I thought I knew Sargent (1856-1925) but this wonderful show of 90 pictures, mostly watercolours, is a revelation. The guy worked hard every day - loved it - and his facility is just amazing. But his gift for light, colour, movement of fabrics, flowers, is astounding. He could do anything - especially capture white on white as at the Cararra marble quarry, in a garden, under a Venice bridge. Fantastic. 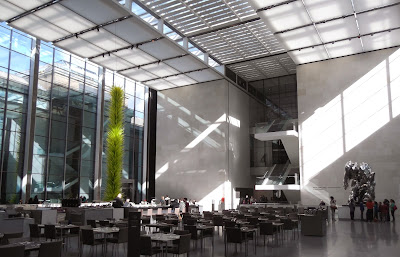 Sergent - Venice Under the Rialto Bridge 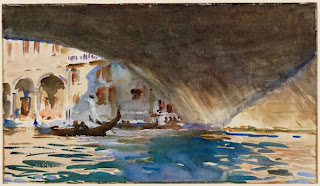 The contemporary wing contains some predictable stuff - Rachael Whiteread, Chuck Close, www.gagosian.com, Kiefer, Nevelson, Kara Walker, Tracey Emin, Sean Scully, Albers, but I loved Alex Katz's room full of 30+ 1970s portraits of NY art world friends, some now dead. Also a huge hanging by the African El Anatsui who made his name at the 2007 Venice Biennale. His huge shimmering 'cloths of gold' are made from metal bottle tops, hammered and wired together in vibrant sheets of red, blue and black pattern. 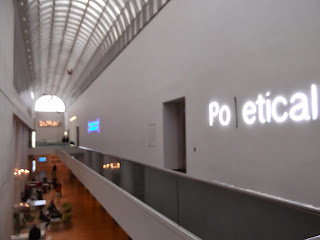 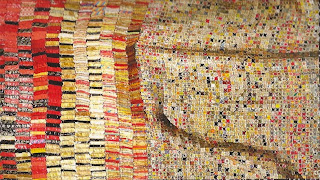