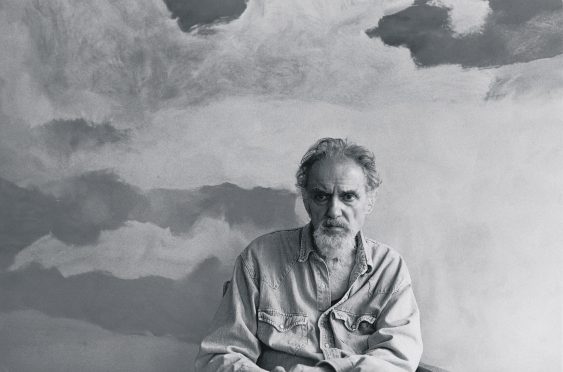 The American painter Jon Schueler's centennial year has been extremely well celebrated with over a dozen exhibitions worldwide. It culminates in Women in the Sky, currently at Berry Campbell, New York. 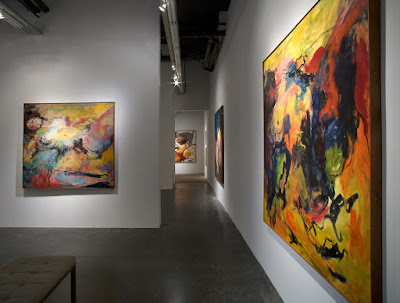 Schueler is best known as an abstract expressionist with a particular focus on cloud forms and the sky. 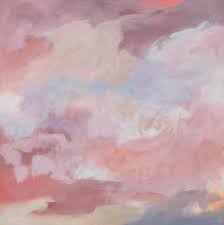 In World War 2 he flew as a navigator in B17 bombers, and a turning point after the war was 1957 when he sailed for Scotland and set up his studio in Mallaig, 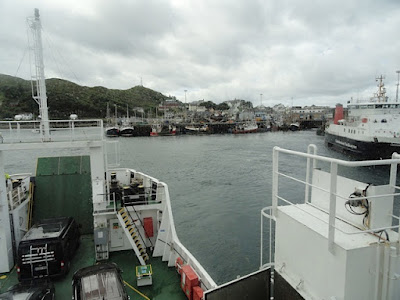 a tiny fishing port on the west coast right opposite the Isle of Skye. 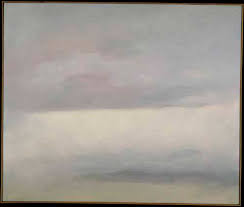 His Scottish connections continue to play a big role, both personally and artistically. In 1976 he married - for the 5th time! - Magda Salvesen, then working in Edinburgh at the Scottish Arts Council.  She was always very involved in helping his career & after his death in 1992 she has continued to work hard on his archive. 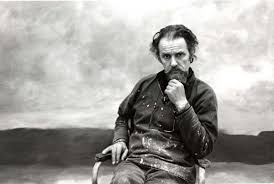 This annus mirabilis has also involved a major conference held on Skye. 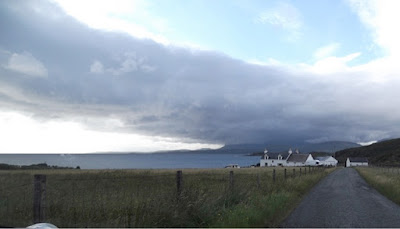 The current show is unusual in that if contains some images of women painted between 1962-7. 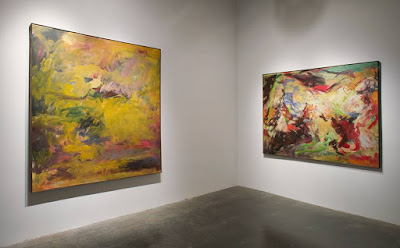 But very soon these sensuous female figures were subsumed in abstractions of mist and cloud, rain and wind, emerging through gray veils or glimpsed as they recede into Skye's watery pools of light. 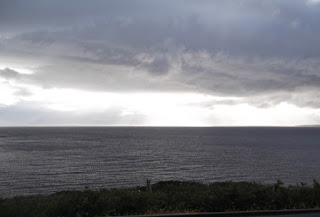 The catalogue brochure accompanying this show is particularly helpful. 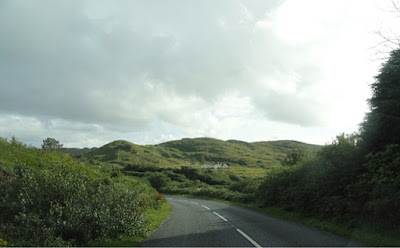 near the studio, Mallaig
I first met Jon in 1981 or 82 when he had a big show at the Talbot Rice Gallery during the Edinburgh Festival. Last year for the first time I eventually went to Skye   in search of the places Jon had lived and painted. 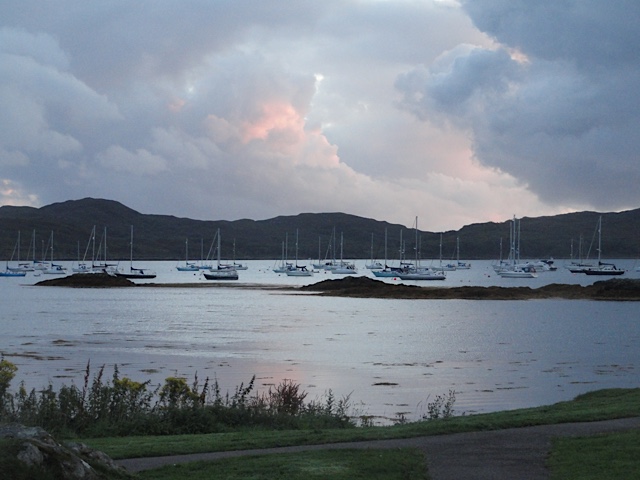 To experience the vast ocean and the ever changing light on the exact views that he has spent so long absorbing and recreating on canvas. 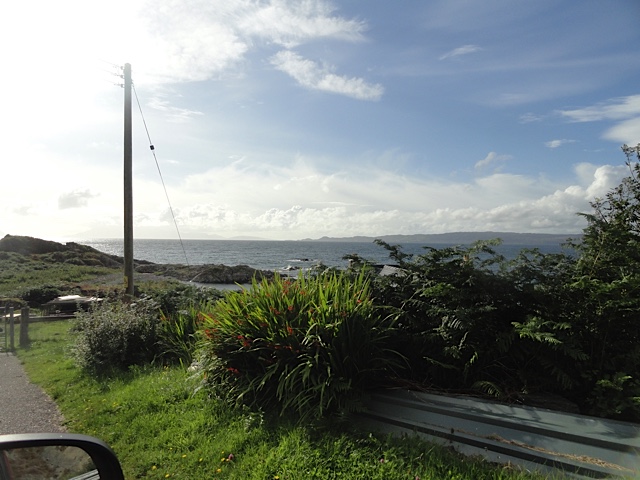 Of course I was hugely helped by Magda's detailed notes on how to find his various studios and locations. I even found the harsh, desolate steep hillside, (see below) where he first located, overlooking the harbour. 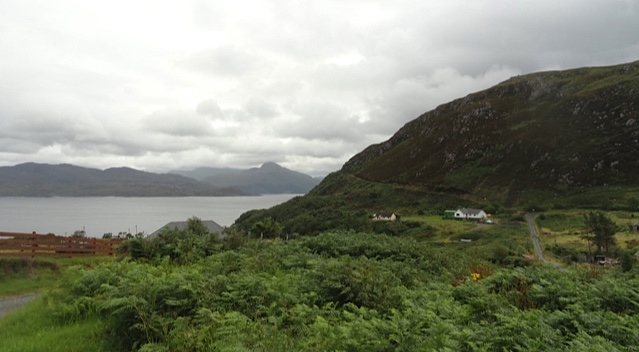 Kelvingrove Art Gallery, and Paisley too, have exhibited his paintings this year. 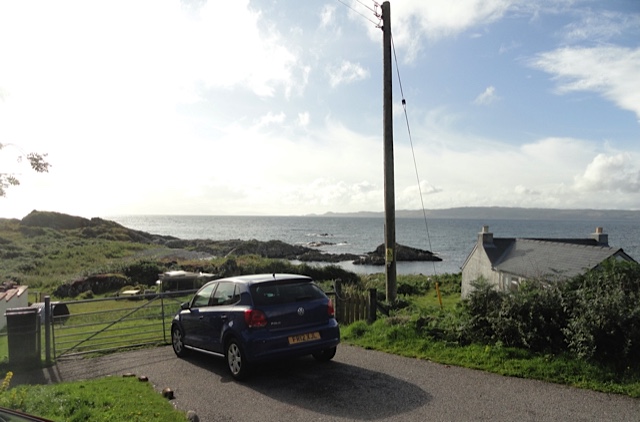 Above is the view from his studio.   Schueler was very fond of Scotland in general, loved the landscape and was passionate about its skies! 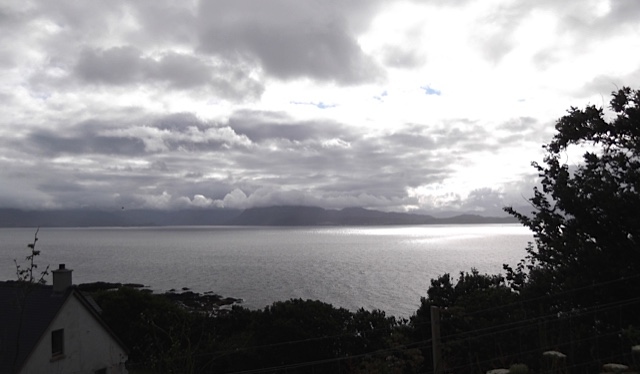 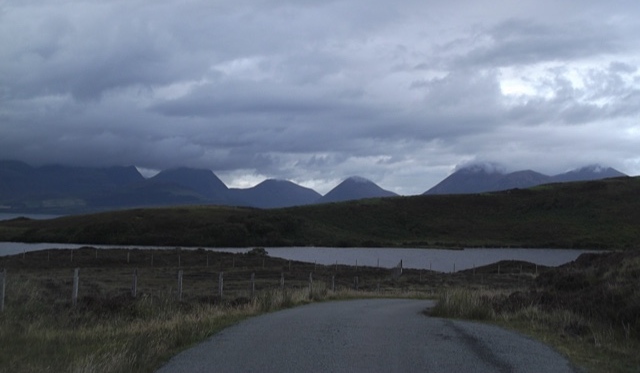 The many shows there this year vouch for his secure place in his adopted home.