JOHN TAYLOR has lots to look back on including his crucial part in establishing Glasgow's first commercial space, the Charing Cross Gallery (together with Cyril Gerber, Bet Low & Tom McDonald) back in 1963 which led onto the pivotal and influential Compass Gallery founded by Cyril in 1969. 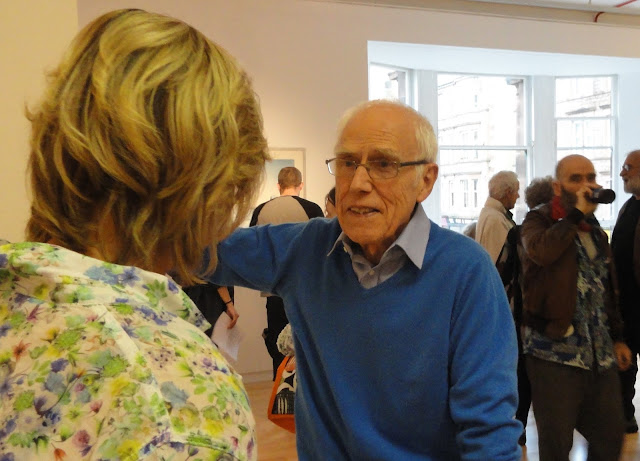 He also played a key role in establishing Glasgow Print Studio in 1972, &  afterwards as a studio technician for many years. 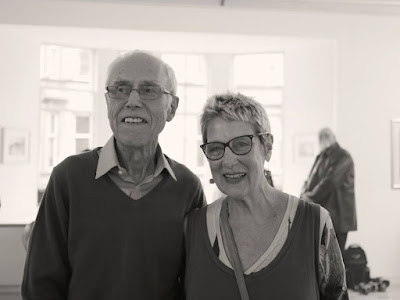 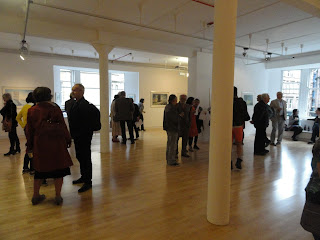 However at 80, as his GLASGOW PRINT STUDIO celebrates, he is as busy as ever, this time painting - not abstracts - but superb watercolours of urban Glasgow and its surroundings. It's a surprise & a welcome one. 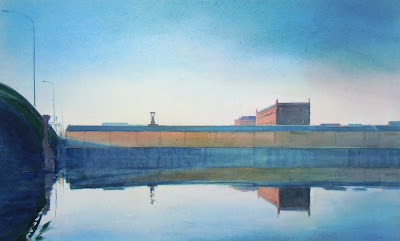 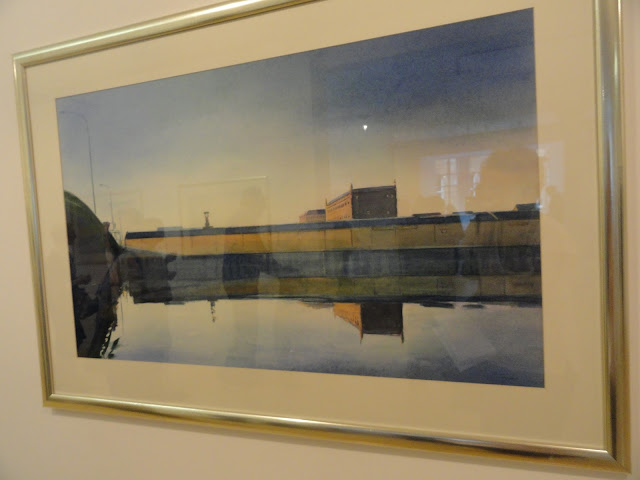 Taylor is well know for his amazing handling of watercolour. Tricky as a medium, he can float oceans of limpid, liquid colour across a sheet or page in what appear to be an effortless gesture. No-one in Scotland can surpass him in this. 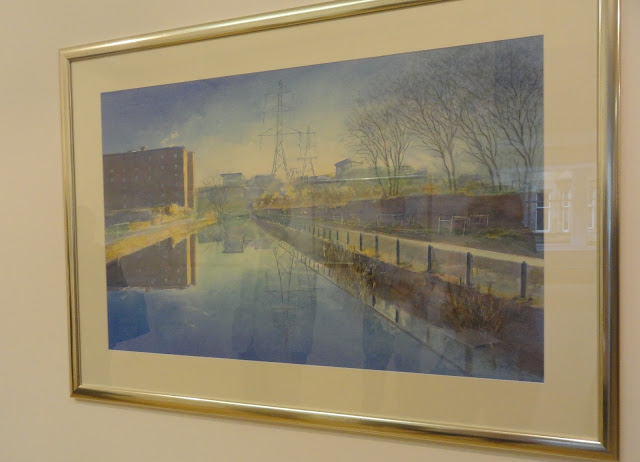 What he does with this ability varies. This time he has turned his eye to places he knows well, as his exhibitions title tells us, Glasgow & Sometimes Further Afield. 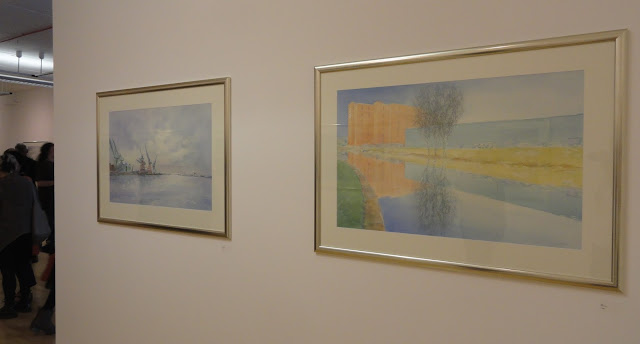 Painted over the last decade, he has captured a city in flux, buildings coming & going, but always seen in interesting light. 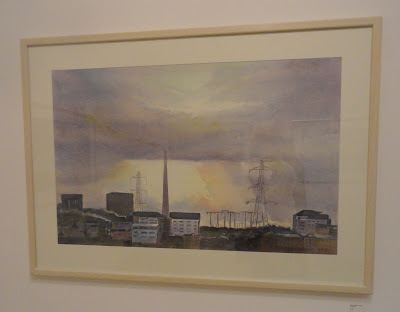 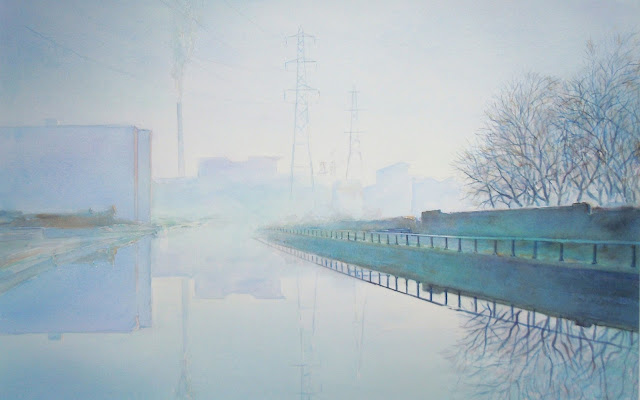 The result is a great testament to Glasgow past & present, with all its unlovely pylons, broken fences, high-rises, cranes & rusty corners captured with piercing clarity. 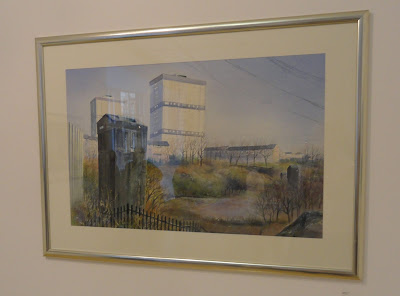 A special image is the Doocot, puzzling to my American husband but a favourite with Glaswegians! 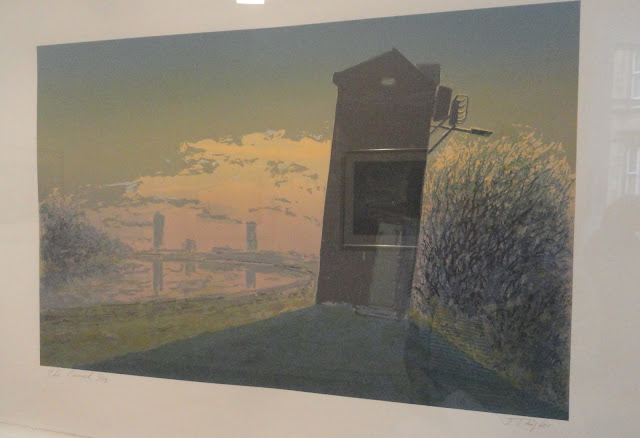 Taylor has also made a screenprint of it (300 quid & cheap) along with a couple of other images. 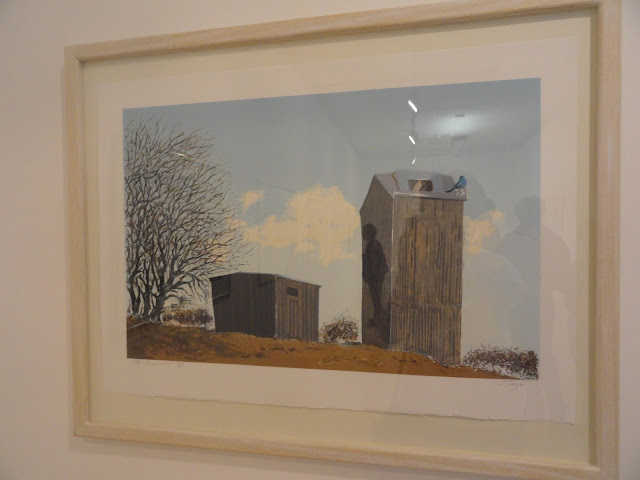 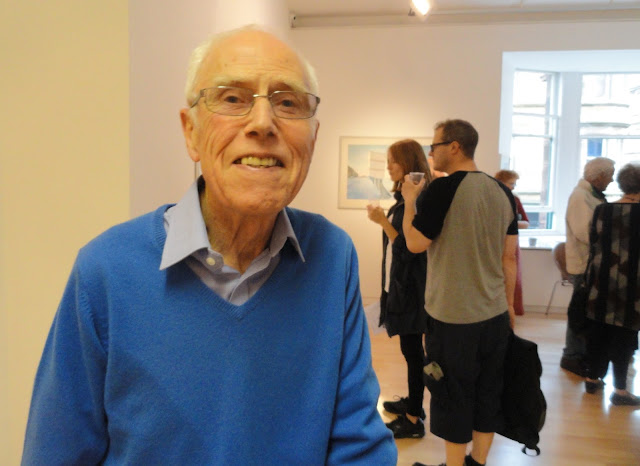 The most memorable are of simple reductive rectangular buildings often coupled with a canal or river reflection. I admired his Morning Reflection for its minimalism, but also TWB 2  (The Whisky Bond) with its turquoise atmospherics. 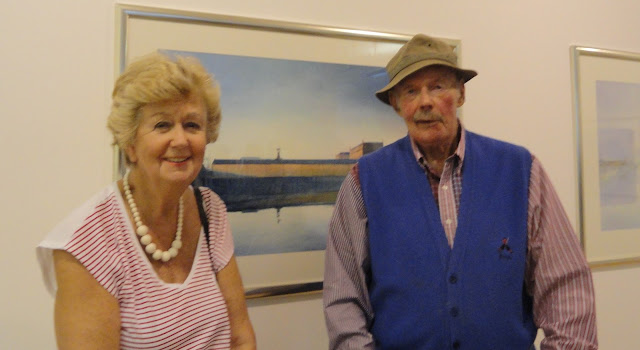 Altogether a great show from a stalwart professional. Happy B-day to Johnny! 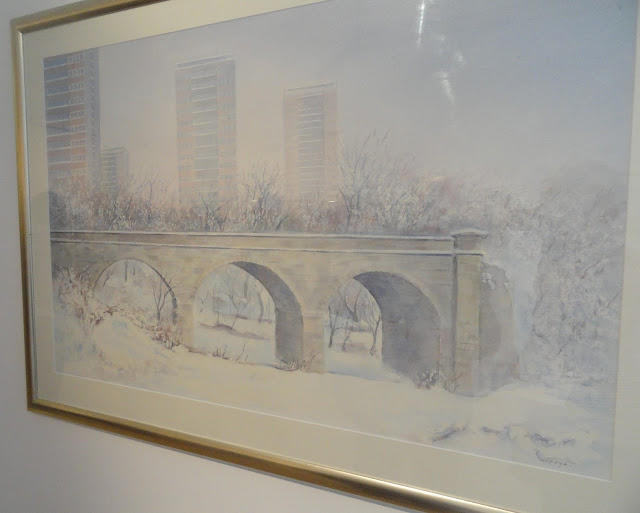 Photos by Clare Henry, except for B&W by Fiona Watson.