ADRIAN WISNIEWSKI exemplifies a new age Renaissance man in his ability to encompass painting, printmaking, writing, film, architecture & design. His next foray will be into ceramics - when the guy manages to bring him a wheel! 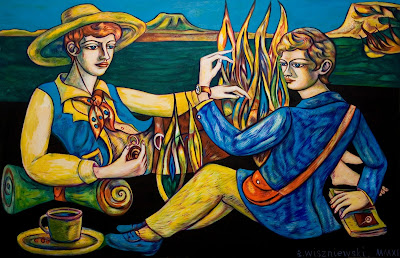 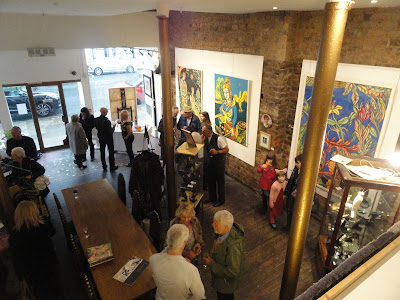 Some are brand new - some older - but make a vibrant show. 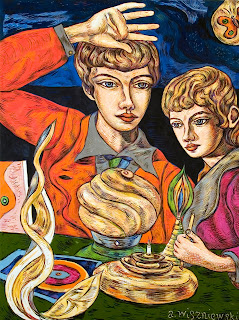 I have been following & writing about Adrian since 1982 just before he graduated from GSA. 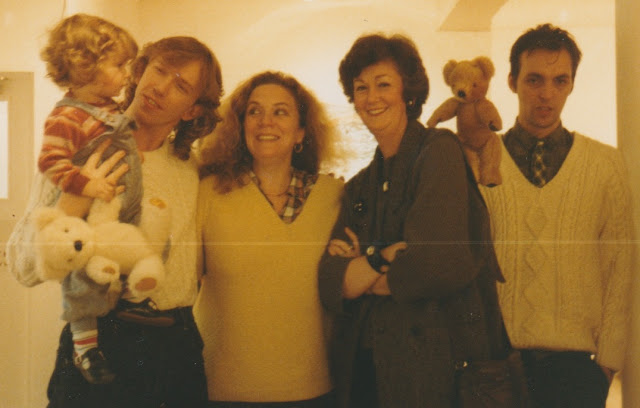 It has meant moving about a bit - to London to see his first London show at the famous AIR Gallery in 1984, the Nicola Jacobs Gallery solo show in Cork St in 1985; 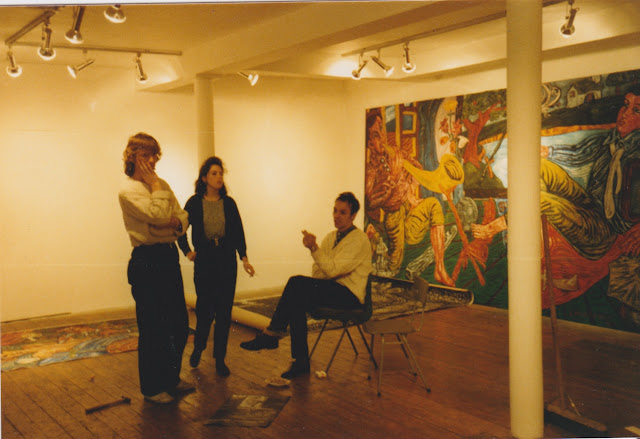 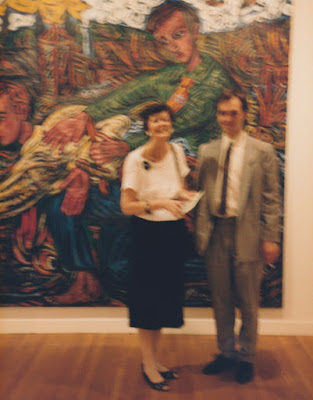 1986/7 to Liverpool to see his solo show and back again in 1996 when his huge commissioned painting The Good Samaritan installed at Liverpool Cathedral; to Edinbro's Haymarket Station for the public art poster/mural installation - where r they now ? 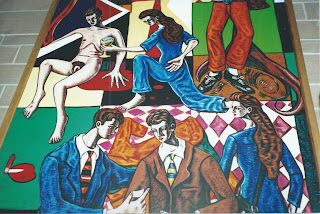 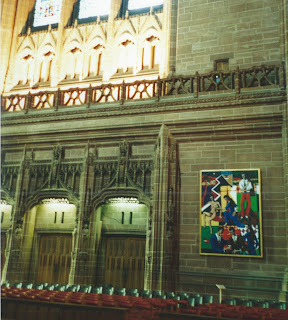 To the Citz in 1995 to see the unveiling of his group portraits of their world famous key players for the SNPG; to Belgium to see his shows; to GoMA to see him paint the GoMA cafe mural; to Hamilton to the making and fabrication of the Millennium Tower; to Oram Mor to hear his Xmas play; to Ayr/Alloway to see his Robbie Burns tribute show etc etc .. 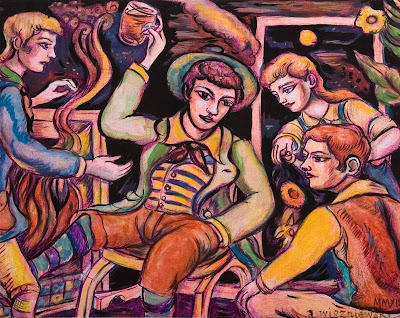 And all the time visiting his studio. Because AW - one of 8 children - and his wife Diane (also a GSA graduate) are always so helpful. 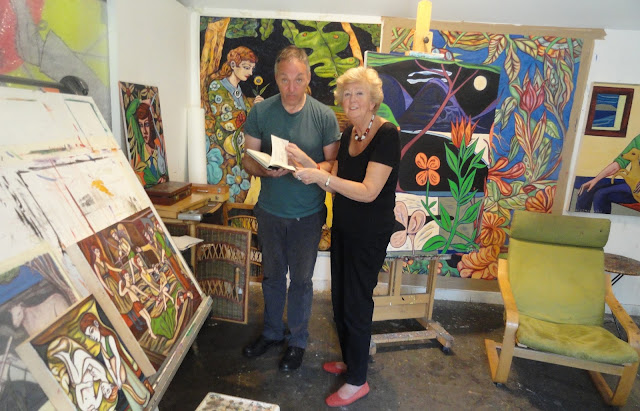 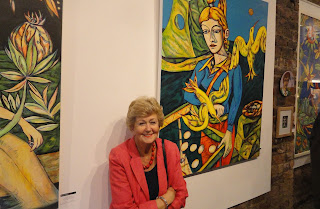 I have a mass of photos of Adrian over the years which are now in my Clare Henry PHOTOGRAPHIC ARCHIVE which in time will be housed at the Glasgow Womens Library. This covers artists, exhibitions, galleries, museums, studio visits, art fairs, public art, biennales, the art world in general in the UK and abroad from 1978 to today. 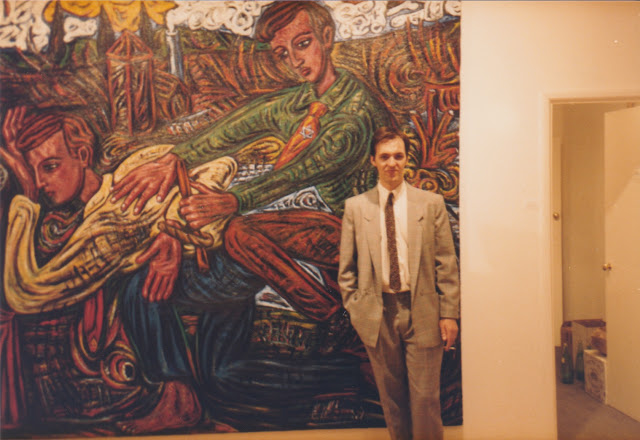 In the early days not everyone had a camera, and if they did, rarely carried it - (cameras were heavy & bulky) and rarely used it, (film was expensive, often jammed and sometimes didn't work.) The big question of the day on photos was "Did they come out?" !!!

My father was a professional photographer so I made an effort. Hence my Clare Henry PHOTOGRAPHIC ARCHIVE  which will work in tandem with my written archive at GSA & GWL.

Above are a few Adrian examples - & there are plenty more to come! Keep looking at my Blog - u may find your young self. 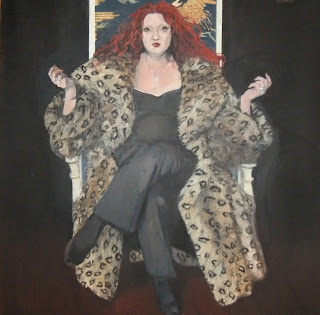 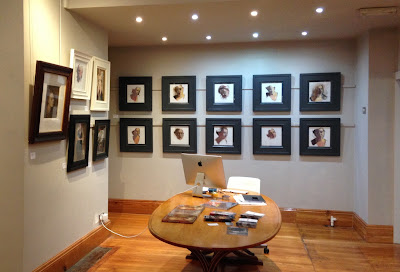 WHAT a joy to see ALEXANDRA GARDNER's latest show at the new-to-me splendid LEIPER FINE ART, W George St, Glasgow. She goes from strength to strength, with a relaxed assurance evident in my favourite, Frills, which someone should buy fast, as it won't stick around! 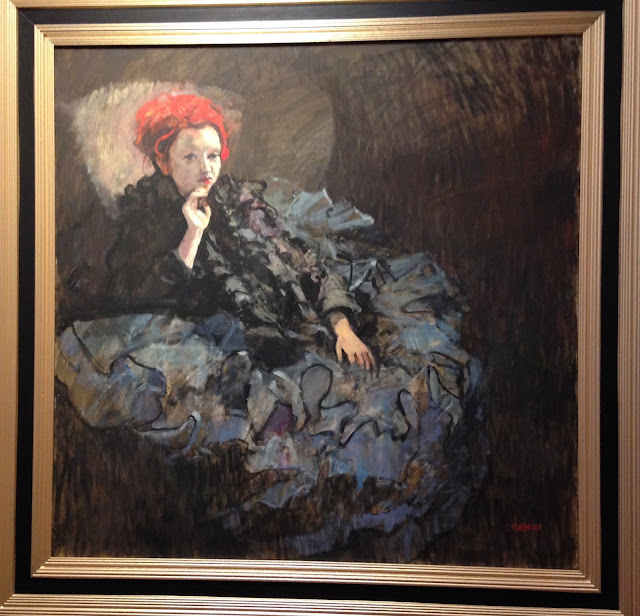 Here her characteristic elegant red haired model poses amid a wash of ball-gown, shadow & high-lights perfect as ever. 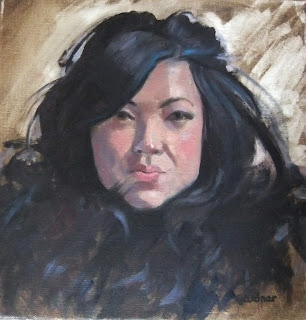 Her portraits are so sympathetic to her sitters, male & female. 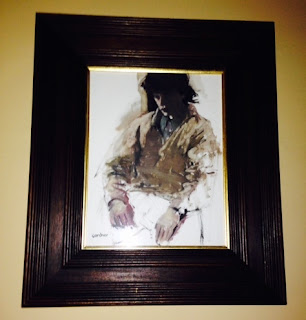 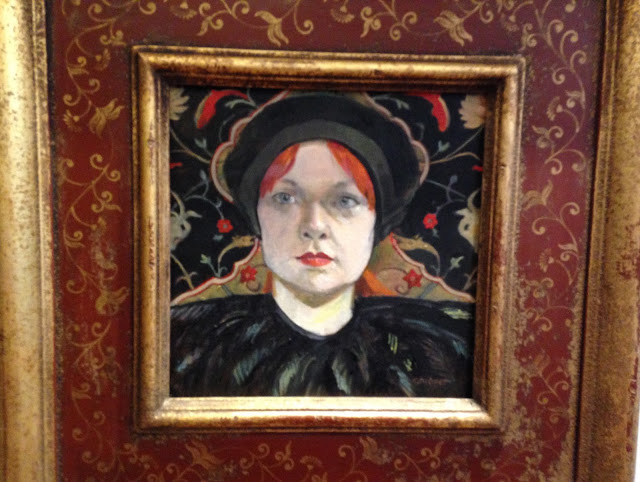 Gardner is well known to many from her 20 yr stint at GSA till 1988 since when she has exhibited widely, especially at Duncan Miller in London & Scottish Gallery Edinbro. 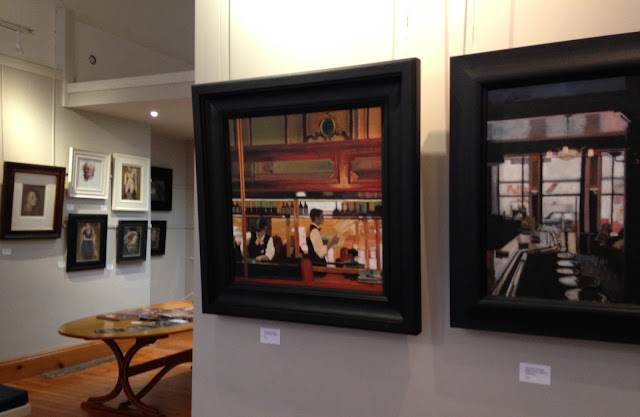 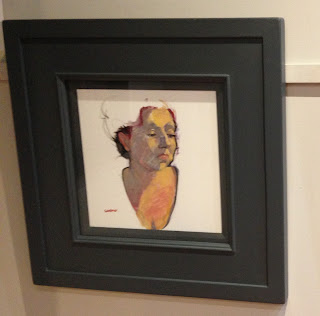 The point is that Gardner is a great draughtsman & handles oil paint with total professional ease. 25 pictures on show & seen on request - along with a group show 27th August – 18th September. 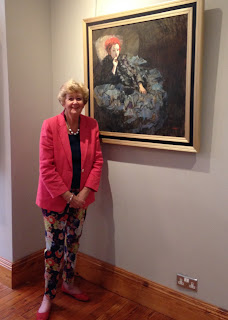 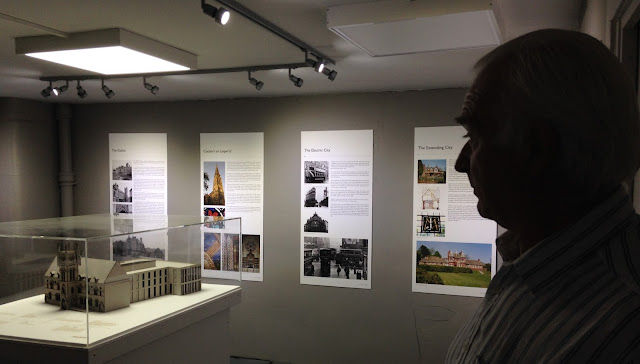 Downstairs a great show for Year of Architecture on William Leiper himself, the architect of this 1889 Sun Life building, the Victorian space now beautifully restored by Gallery owner Ewan Kennedy. The building won Silver Prize at the 1900 Paris International Exh! 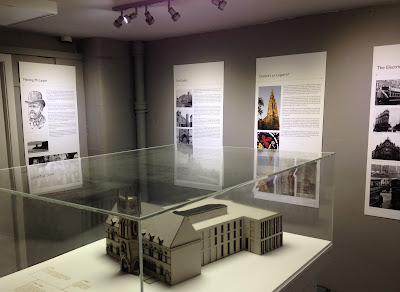 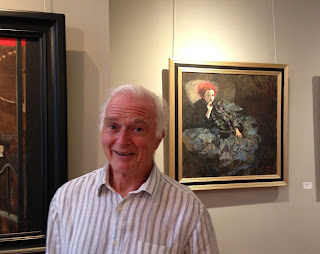 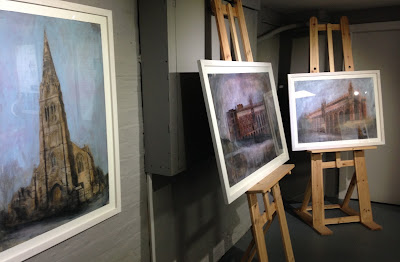 Adam Kennedy's beautiful and atmospheric paintings of Glasgow Leiper buildings as they are today. 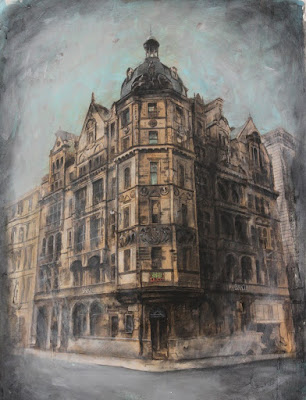 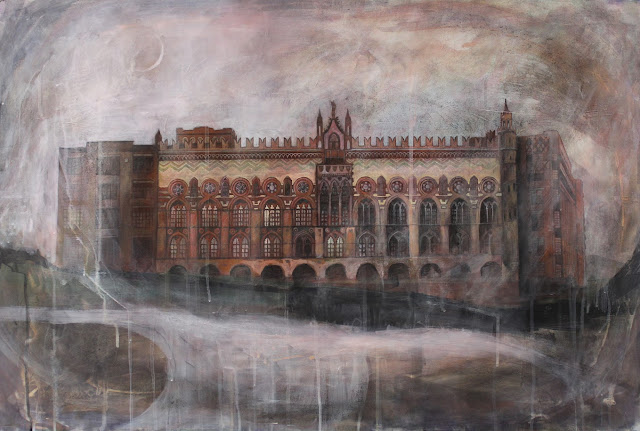 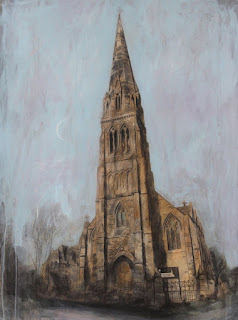 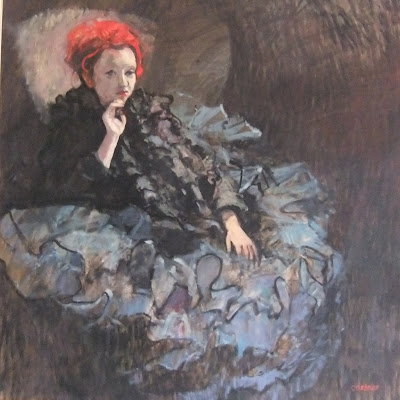