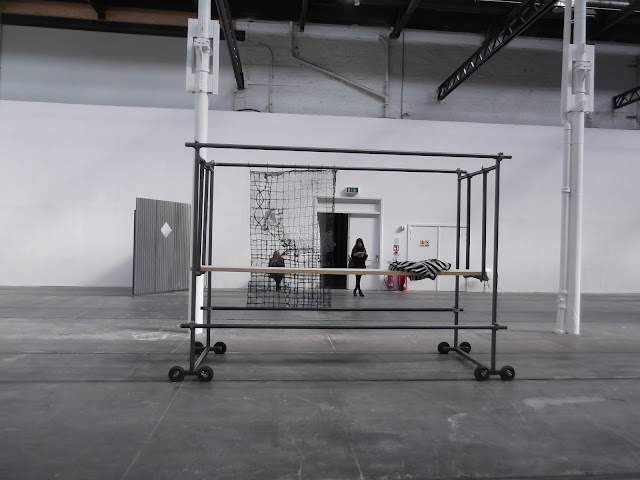 It's a big space - not as big as it used to be but still vast, and a challenge for artists. Very few can cope. The few include, in the past, David Mach, Tony Cragg, Douglas Gordon, Marina & Ulay, Glen Onwin, Boltanski, Kounrllis & Penone ... 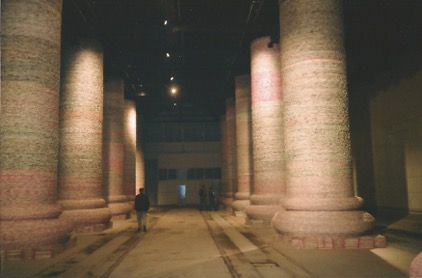 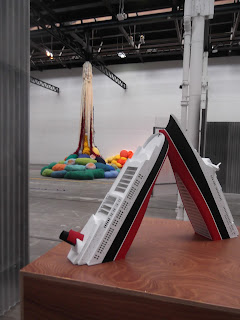 View of Tramway 2016
This years show of 4 includes the venerable American textile artist Sheila HICKS, now 82 and still flying around the world to exhibit, last in Australia. A friend told me "She always travels with a hand held loom - even when flying!" 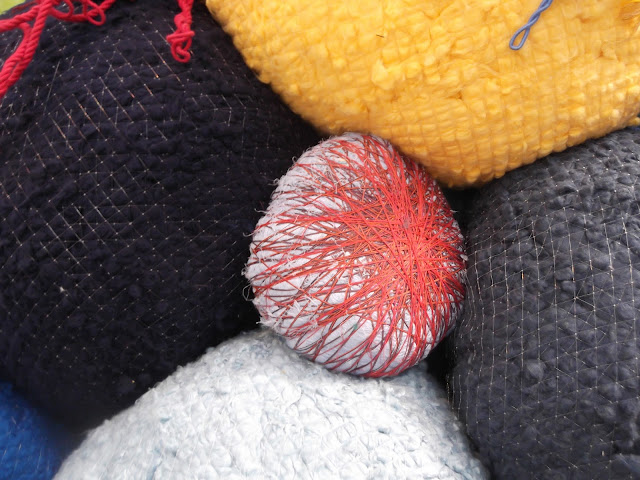 I saw her work at the Whitney Biennial where a tower of wool reached up to the low ceiling. So I was hoping for a big impact installation at Tramway. Here she has a much bigger space & a higher ceiling to aim for, but sadly her installation of brightly coloured wool balls & cushions looks lost in Tramway. 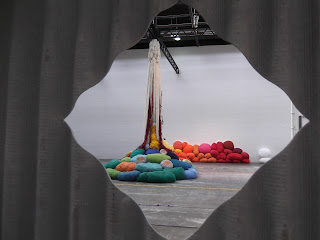 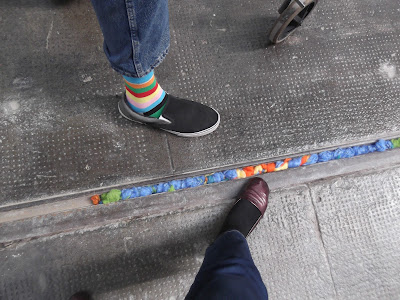 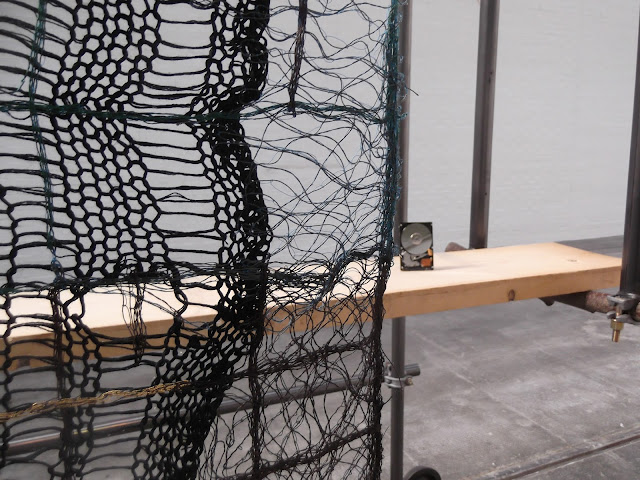 Alexandra Bircken also focuses on the original tram tracks for her Trolley sculptures made from metal & intricate woven thread but again the works are too small, too thin. 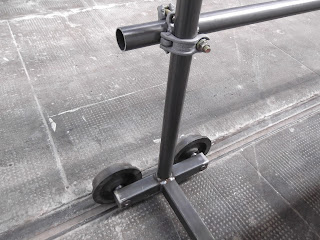 Bircken's Scaffolding with wheels in the tram tracks - but not very convincing, 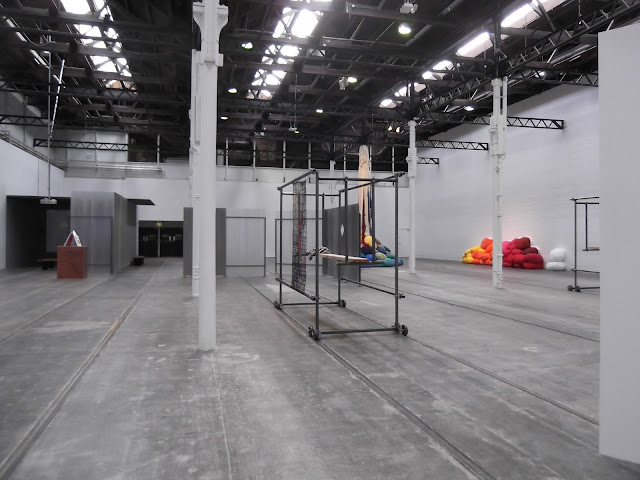 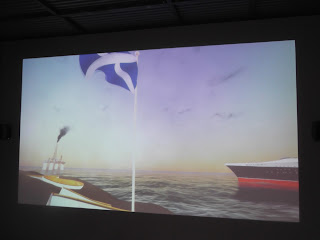 Lawrence Lek & Mika Rottenburg both utilse video. I have to say I really hated Mika's work - so perhaps good in that it produced so much emotion? Slave labour on a lettuce farm in Arizona, a rubber plant in India & a Chinese pearl warehouse plus a huge Amazon of a blonde woman with a big nose to make "an architectural portrait of crisscrossing assembly lines."


Lek's video is devoted to a fictional last voyage of the QE3 as it returns to its birthplace in Glasgow. 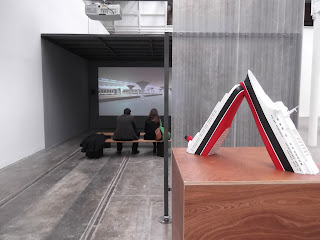 Constructed using digital fabrication & video game software, his work places the viewer in the role of a wandering observer encountering strange landscapes & seas. The ship's deserted interior looks like an architectural model - quite apt for Architectural Festival Year! But I question his use of GSA & the fire as a 'romantic' thread with a futuristic 'virtual' GSA home in QE3. All in bad out-of-focus video. 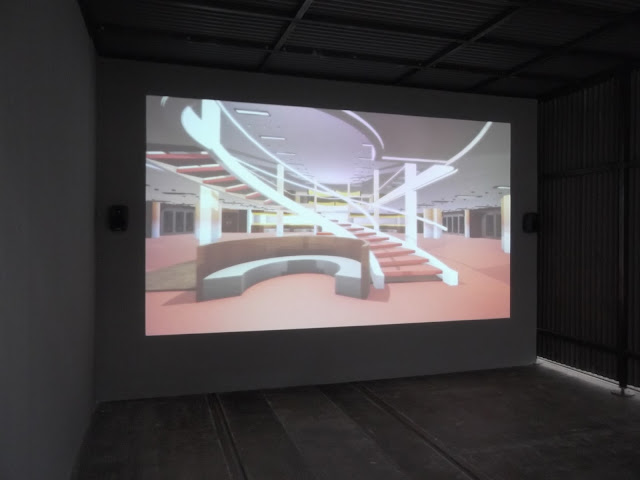 Lek was born in Germany, lives in London. Mika is Argentinian, living in NY. 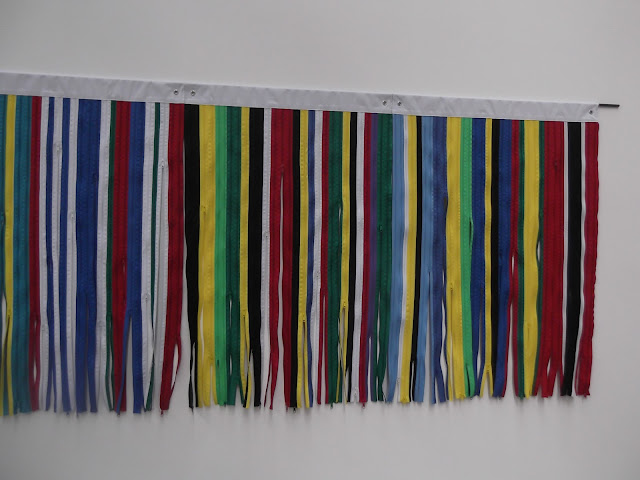 I end with Bircken's zips - and more ZIPS. That's the trend. Zips are everywhere this season - in plastic bags, diagonal zips, zips open & shut .. or as here,  just hanging. 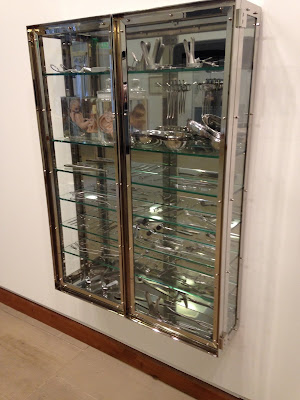 Damien Hirst at the Hunterian 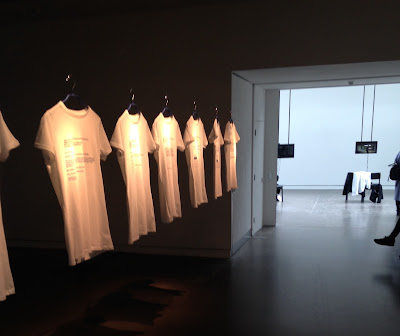 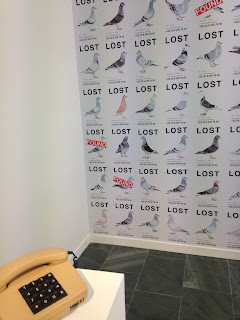 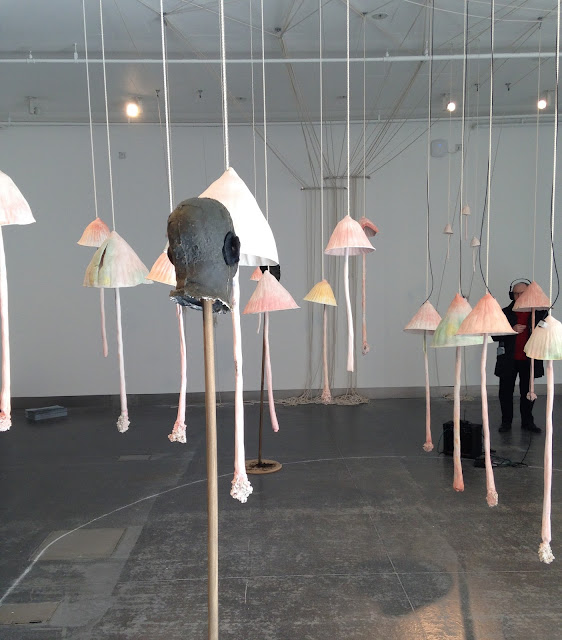 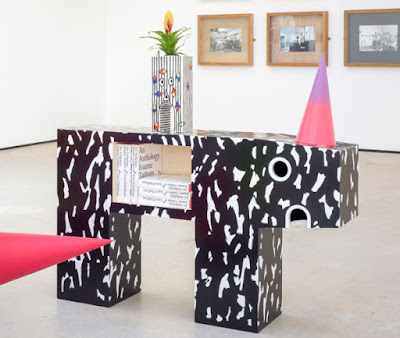 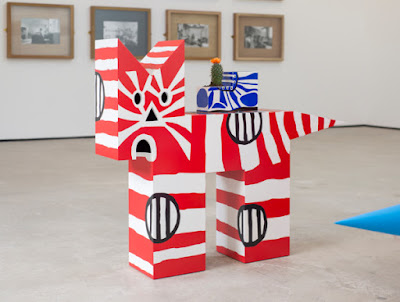 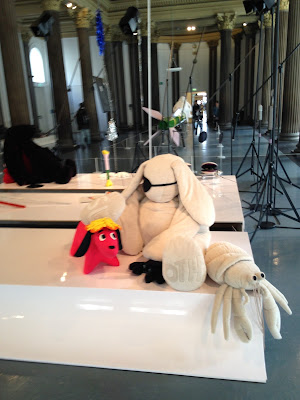 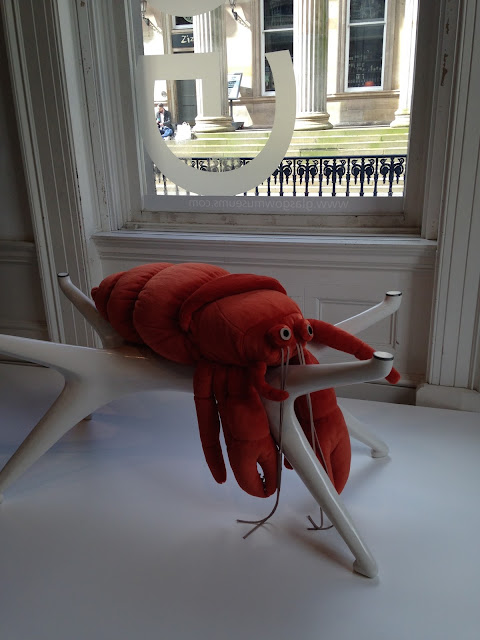