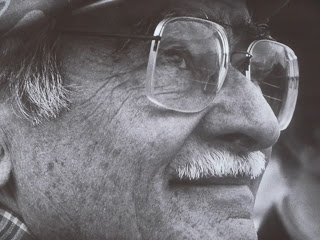 Italian, born in Umbria, Burri trained as a doctor, served in WW 2, was captured 1943 & sent as a POW to Texas. 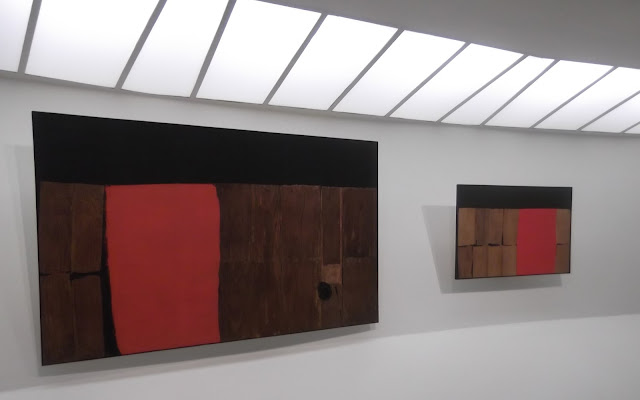 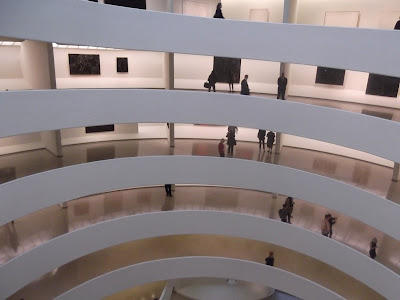 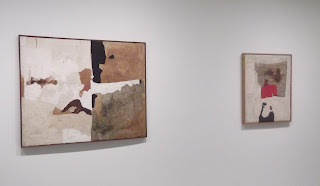 Later, in the 1960s, he burnt wood and melted plastic, then metal, with dramatic effect. 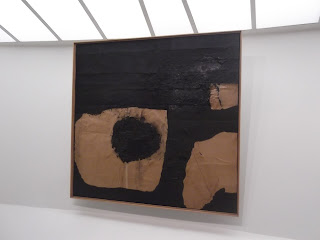 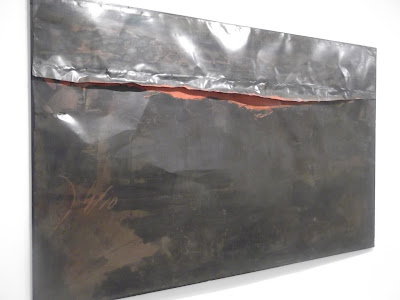 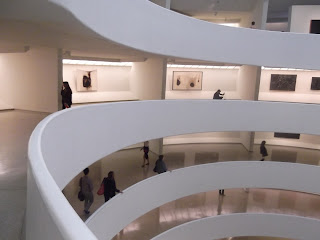 In the pristine Guggenheim Burri's series (ten in all) are displayed chronologically along the serene spiral slope. 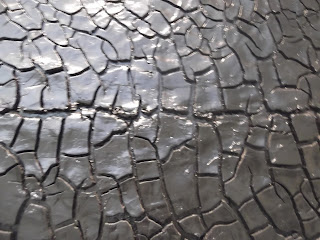 The setting removes some of their war-torn  grandeur, but curator Emily Braun's superb explanations - neither too long nor too short - establish his position as a European master of surface & drama, of texture & feel, of innovative black-on-black & white-on-white. 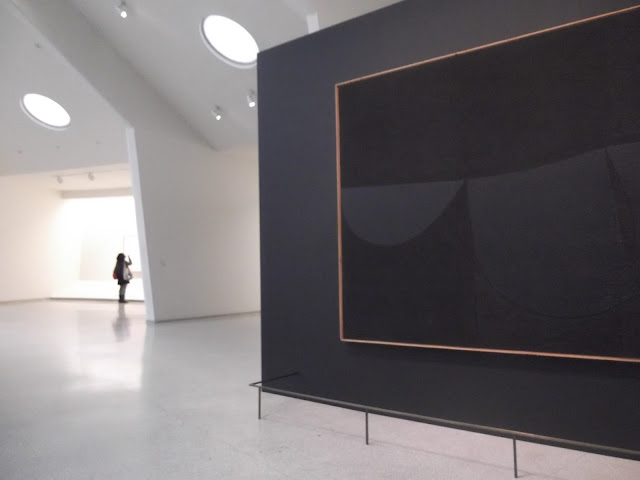 Burri rarely used a brush, preferring a stick or tool, his fingers & thumb to make these works, neither painting nor sculpture, but something new in form & material.
Most memorable is a film of his work from 1985. 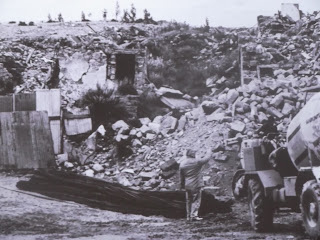 In 1968 an entire town in Sicily was devastated by earthquake. Hundreds died; thousands left homeless. 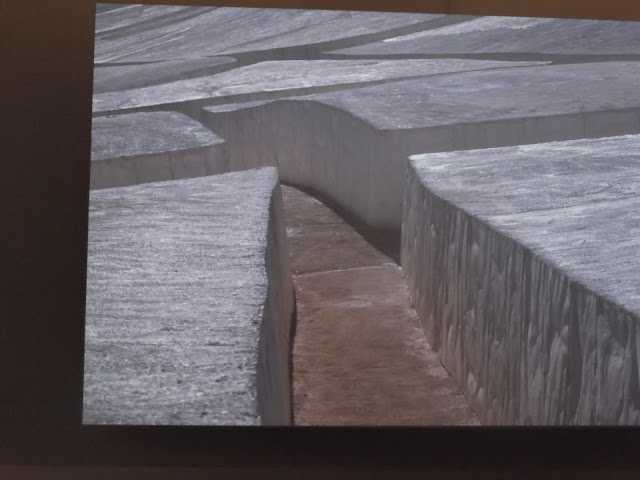 The mayor  asked Burri to create a memorial. Burri decided to cloak the entire hillside in an enormous shroud of blocks of white concrete over 20 acres. 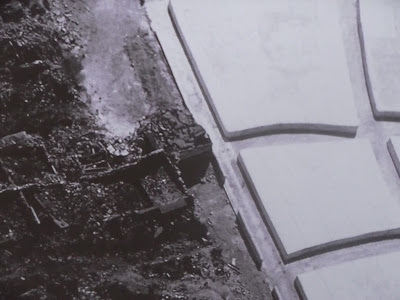 Eventually finished in 1989, this film commissioned by the Guggenheim, records the heartbreak. 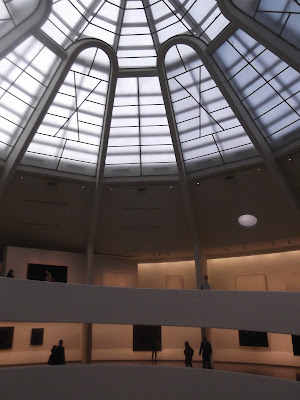