There is a lot of talk about grassroots politics. So what about artists grassroots collectives?  There's nothing new about them, and many vital galleries & workshops began that way. The venerable Glasgow Group is now 56 years old. Founders Anda Paterson, James Spence,  James Morrison & other GSA art students were irritated by the conformist, unadventurous policies of the local exhibiting societies namely the RSA & the RGI and at the dearth of commercial outlets in the city. 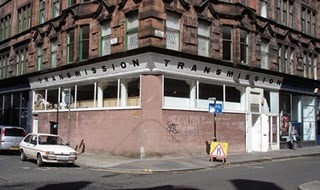 Today collectives are 2 a penny, too many to shake a stick at. Todays versions are also better supported. In the 1950s-70s there were no grants available, no funding bodies. It was all self-help.

As I visited Ashley COOK's show at GPS & STREET LEVEL's show of Sophie Gerrard's Sweet Sixteen, I remembered their first homes: GPS in a former electrician's with earth floor, or Street Level's place up the High St. Sweet Sixteen inevitably takes us to the Scottish Independence Referendum. www.streetlevelphotoworks.org 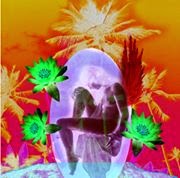 Ashley Cook
For the first time ever 16-18 yr olds could vote - and they did! Scotland can be proud of its civilised conduct of this momentous, irrevocable, once in a lifetime event. A very high level of civic engagement & passionate debate; huge turnout - a record 87%, ie 4 million folk, voted peacefully. No riots, no violence. Think of Egypt. Where else could such a peaceful, democratic, energised search for change happen? And change there will be, despite a 55% vote to stay as part of the UK. Scotland leads the way in a radical shake-up against  London-centric policy.
Philip Reeves 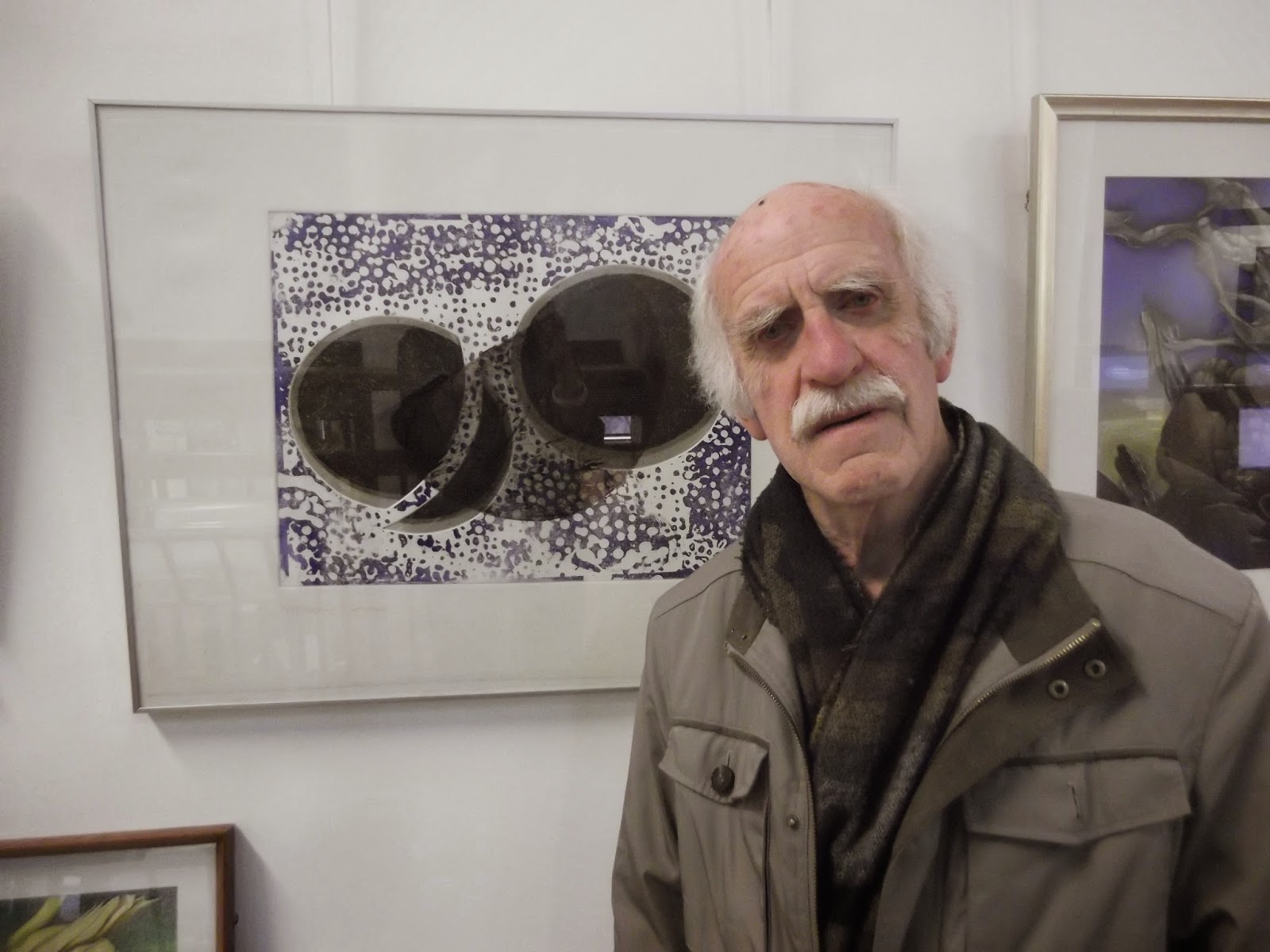 The Glasgow Group has its ups & downs but is very active. The current show over the summer is its second this year, with Philip Reeves exhibiting in both. Reeves played a big part in several collectives. Edinburgh Printmakers was established in 1967 as the first open access studio in Britain. Glasgow Print Studio followed in 1972 with 400 quid from the Gulbenkian Foundation. Unlike painters, printmakers can't work in the spare room or shed at home. They need equipment. Hence GPS, then Peacock Printmakers in Aberdeen, & Dundee. Later sculpture studios sprang up. In 1977 Stills Photography Gallery opened in Edinburgh, followed by Street Level in Glasgow in 1989. Edinbro's Collective gallery, founded 1984, has the best name - as they move to a new home on Calton Hill.

Like Street Level & GPS, TRANSMISSION, (set up in 1983 in a cobbled space that was once an alley way,) was started by GSA graduates dissatisfied by lack of exhibition space for young artists. Through sponsorship + support from the Scottish Arts Council (now Creative Scotland) they managed an exh space in which to exhibit themselves + work of local artists.They also invited international artists who had influenced them, like Lawrence Weiner, to show. 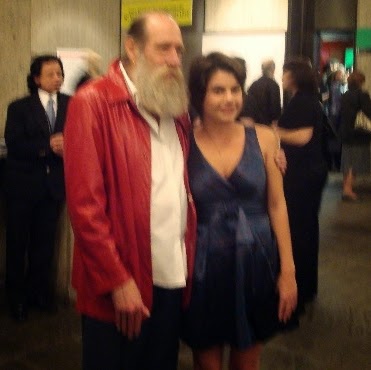 Lawrence at his Whitney NY retrospective, 2007

So it seems to me that the "Glasgow Miracle" is no miracle at all. It took 60+ years hard graft. And "Miracle" is a stupid tag. Makes me think of saints & Bernadette's Lourdes. 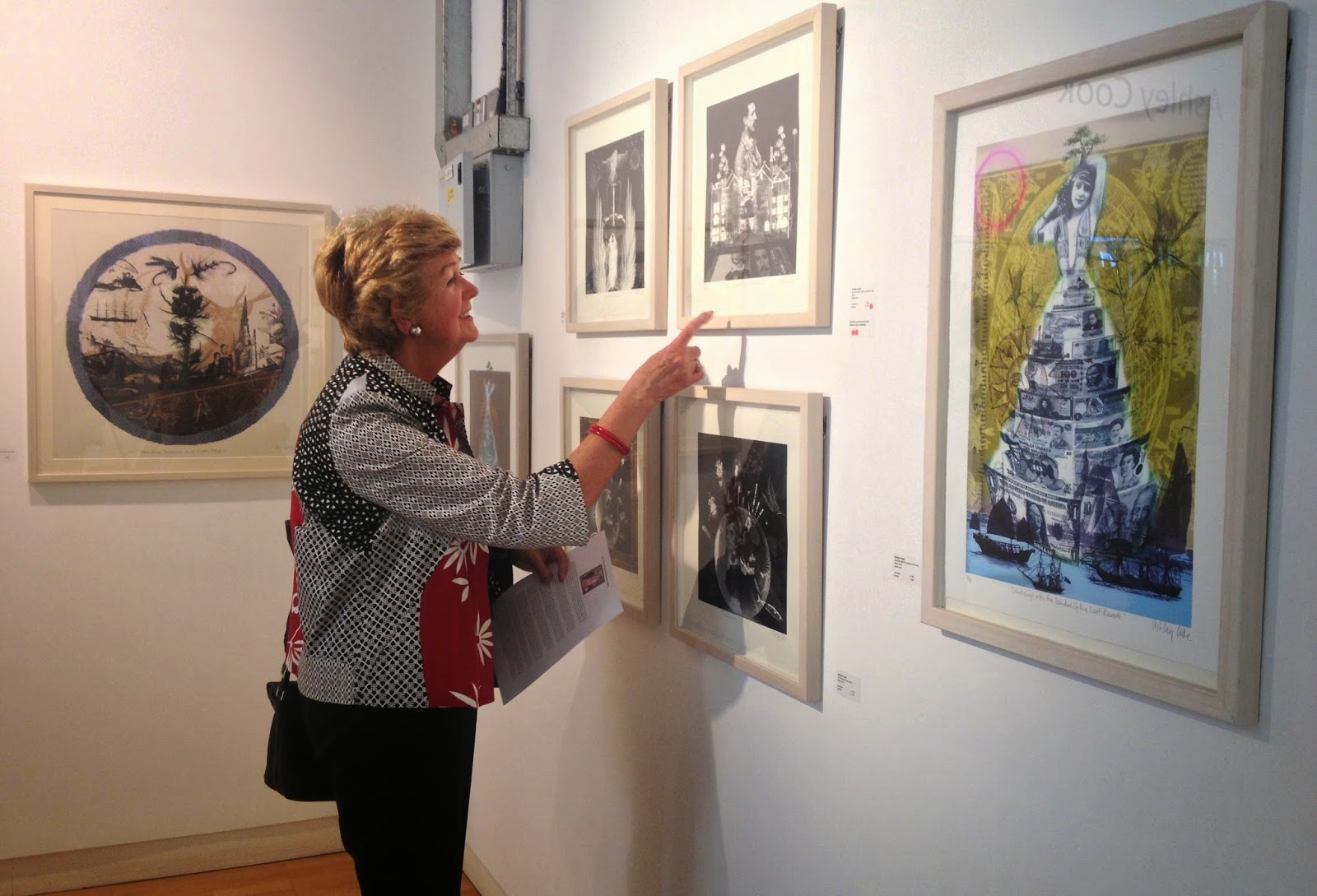 The Transmission of the 1980s & 90s should be recognized as crucial to Glasgow's success. Not just because of the interesting, gifted artists who were involved then, but because of the way Transmission committee members handled & managed the cooperative. They made links & contacts, worldwide. This was their triumph. 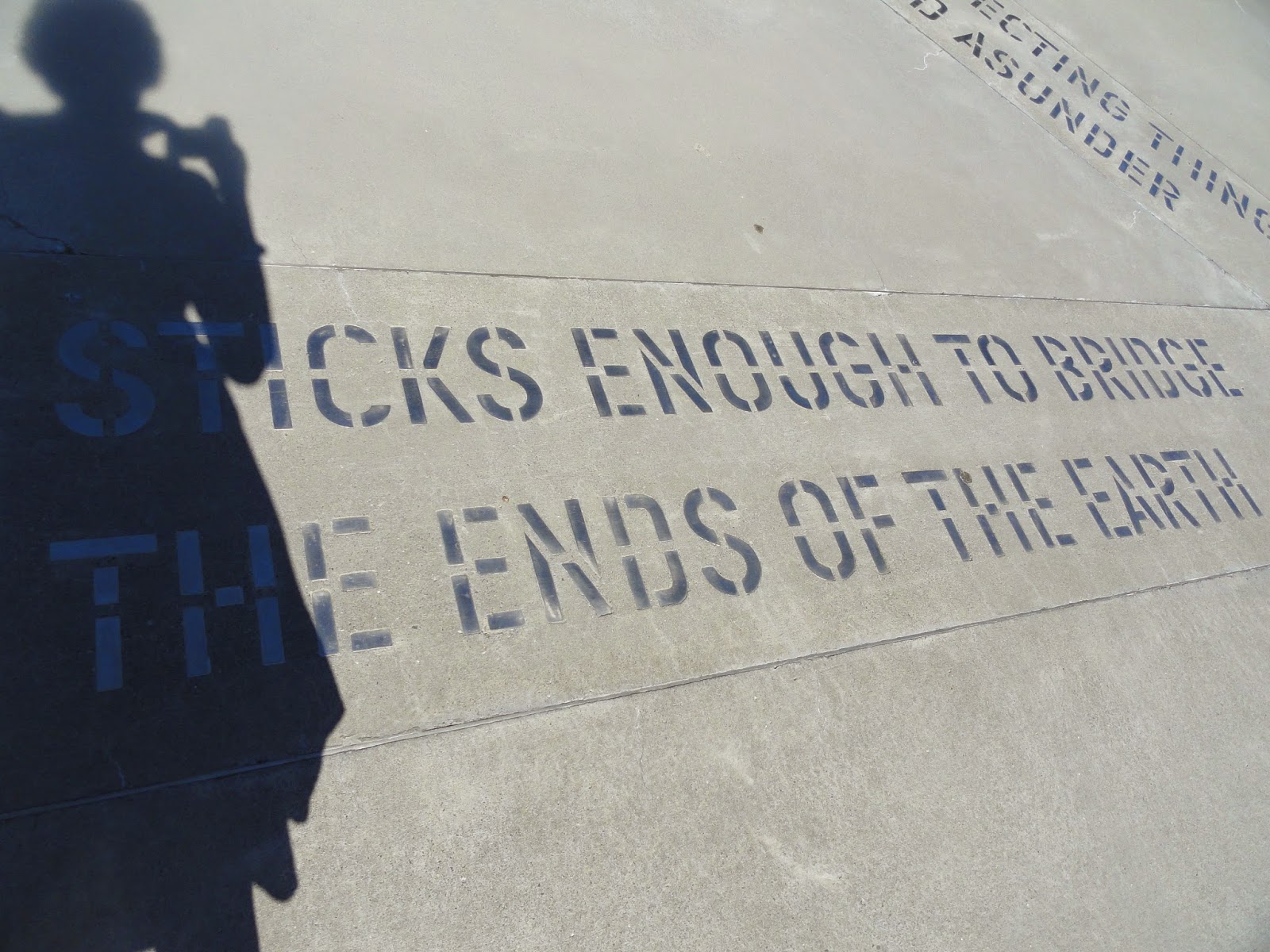 Lawrence Weiner text piece at Bard, NY
What a long way collectives have come. But what of the new young cooperatives like a 2-1-4-1, Black Cube, SWG3, Glue Factory, Pipe Factory, Embassy etc? 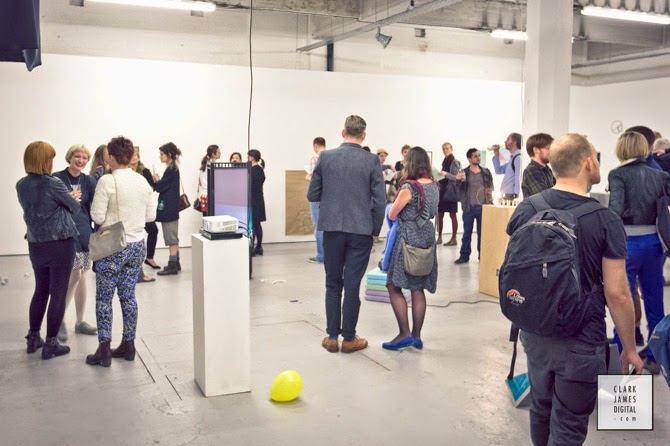 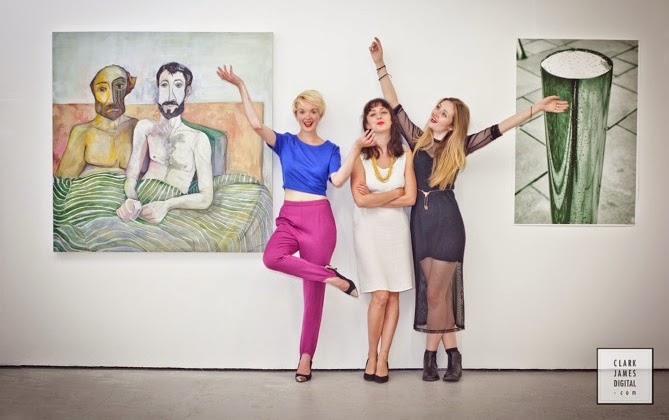 Will they stay the course? 2-1-4-1 has been active with group exhibitions in Edinburgh & Glasgow, with a recent summer show, Draw In, related to drawing. 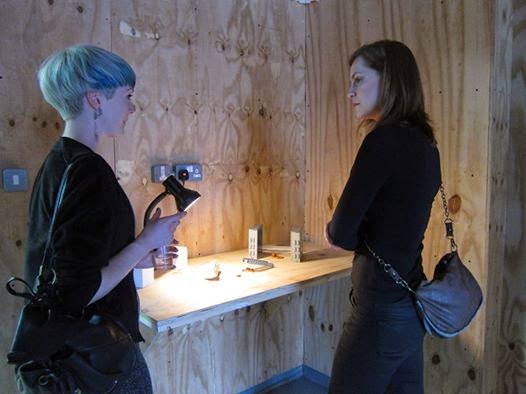 More worrying are Transmission's 'descendants" with their thin, parched efforts, insubstantial ideas & poor imagery. While Glasgow's trail blazers were robustly innovative, clever & uniquely memorable, these followers drawn to the city by the buzz & hype created by recent Turner Prize winners & nominees, totally lack depth. Concept may have replaced image; words substitute the visual; video, film & performance supercede traditional media - but for heavens sake, please give us some quality, the brain some food, the eyes some joy!

People worldwide love Scotland, none more that award-winning photographer, Tan Lip Seng, FRPS., FPSA., MPSA, EFIAP., ABIPP. of Singapore who has been visiting Scotland for years. We met him in Oban. Put my husband on the moon, & he would buttonhole interesting people.


langoustines on the pier in the sun. 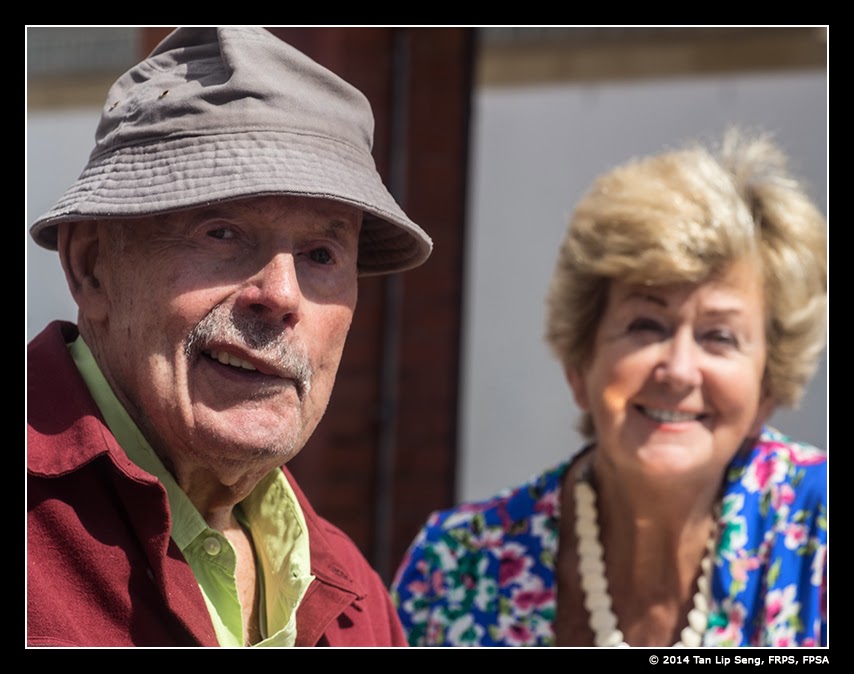 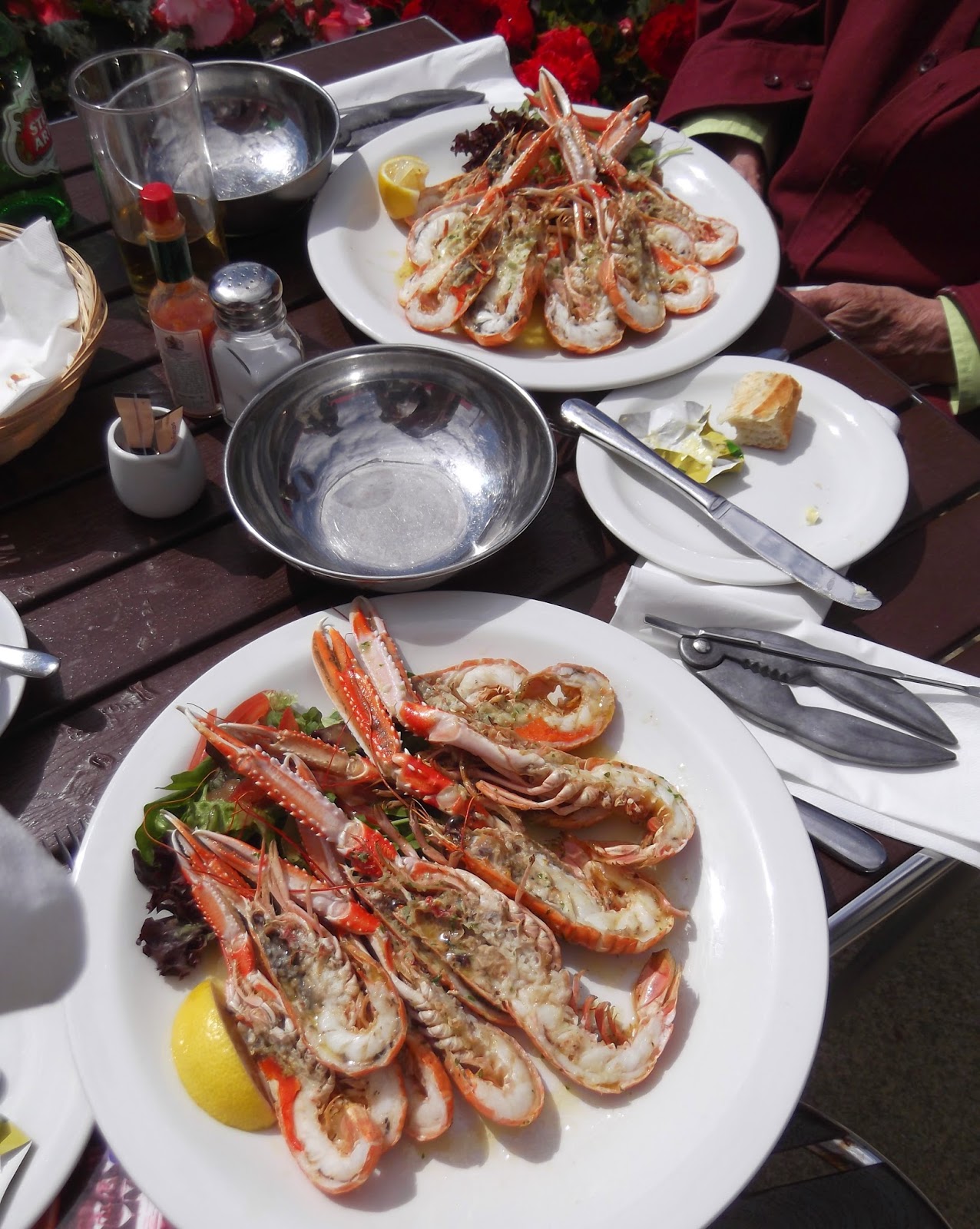