The famous & popular Spanish-born architect Santiago Calatrava, is best known for his elegant, dazzling, soaring bridges & futuristic buildings. Since commissioned to design the new World Trade Center World Trade transport hub at Ground Zero, he has become a familiar figure in NY, jetting in from his Zurich home & headquarters where 70 staff now work on projects from Qatar to Canada, Rio de Janeiro to Dublin.

The Ground Zero project has been fraught to put it mildly, but should be finished by 2015 - at double original budget: now $4 BILLION!
Other 2014 projects include a 'dynamic wave effect' high-speed train station, (Reggio Emilia, the only stop between Milan & Bologna), plus Florida Polytechnic University campus in Lakeland, opening in August.
Calatrava is also a sculptor & painter, believing the practice of architecture combines all the arts into one. A new show, of 50 sculptures, ceramics & drawings is currently at Marlborough Gallery, 57th St, NY. 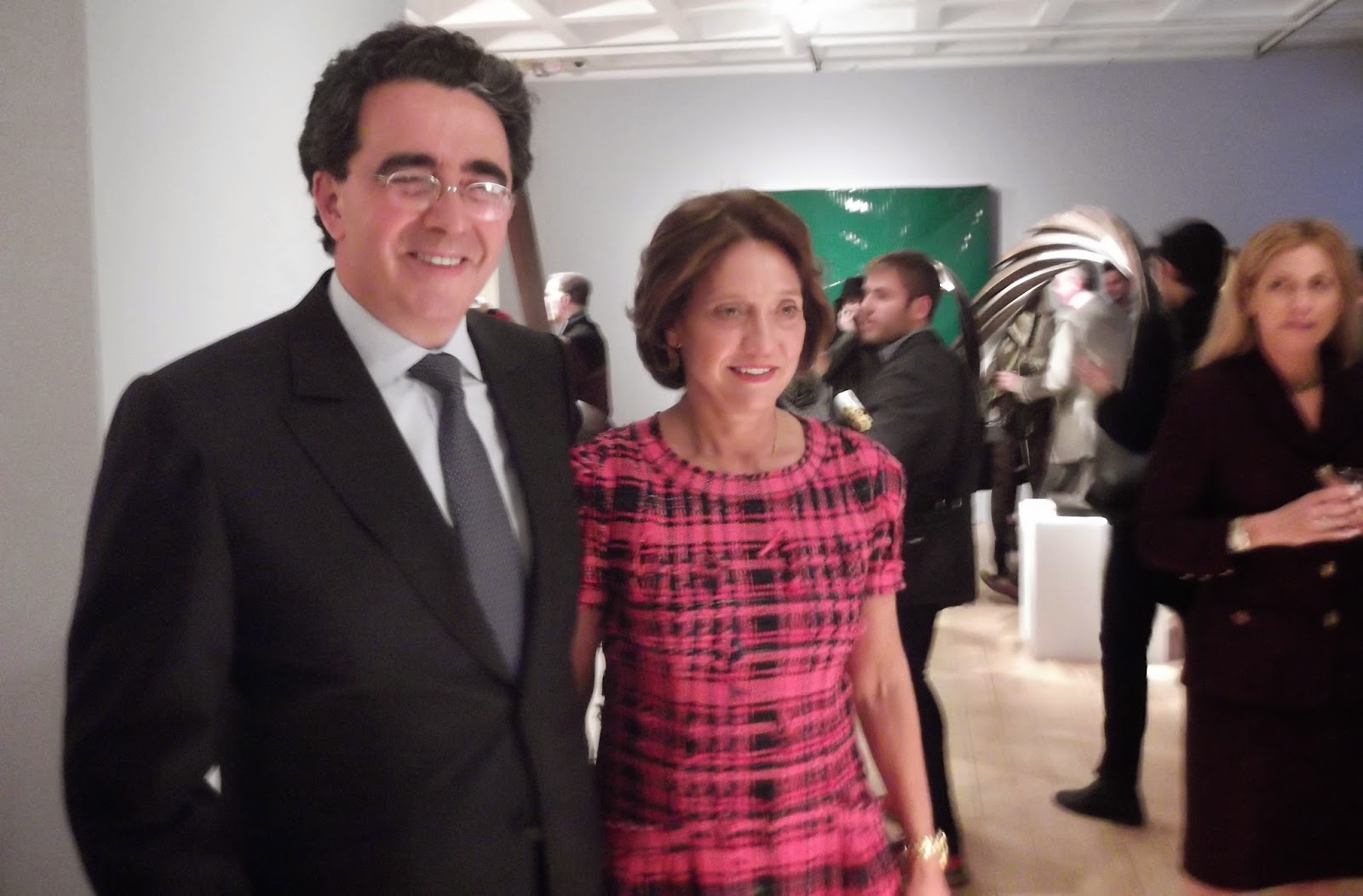 Santiago & Robertina Calatrava
Calatrava's artwork has already been exhibited at the Met, the Hermitage Museum, St Petersburg & the Vatican Museum, Rome  (2013), but it's his first show ever in a commercial gallery.
And it's amazing. "I did not expect this!" was a comment on everyone's lips. 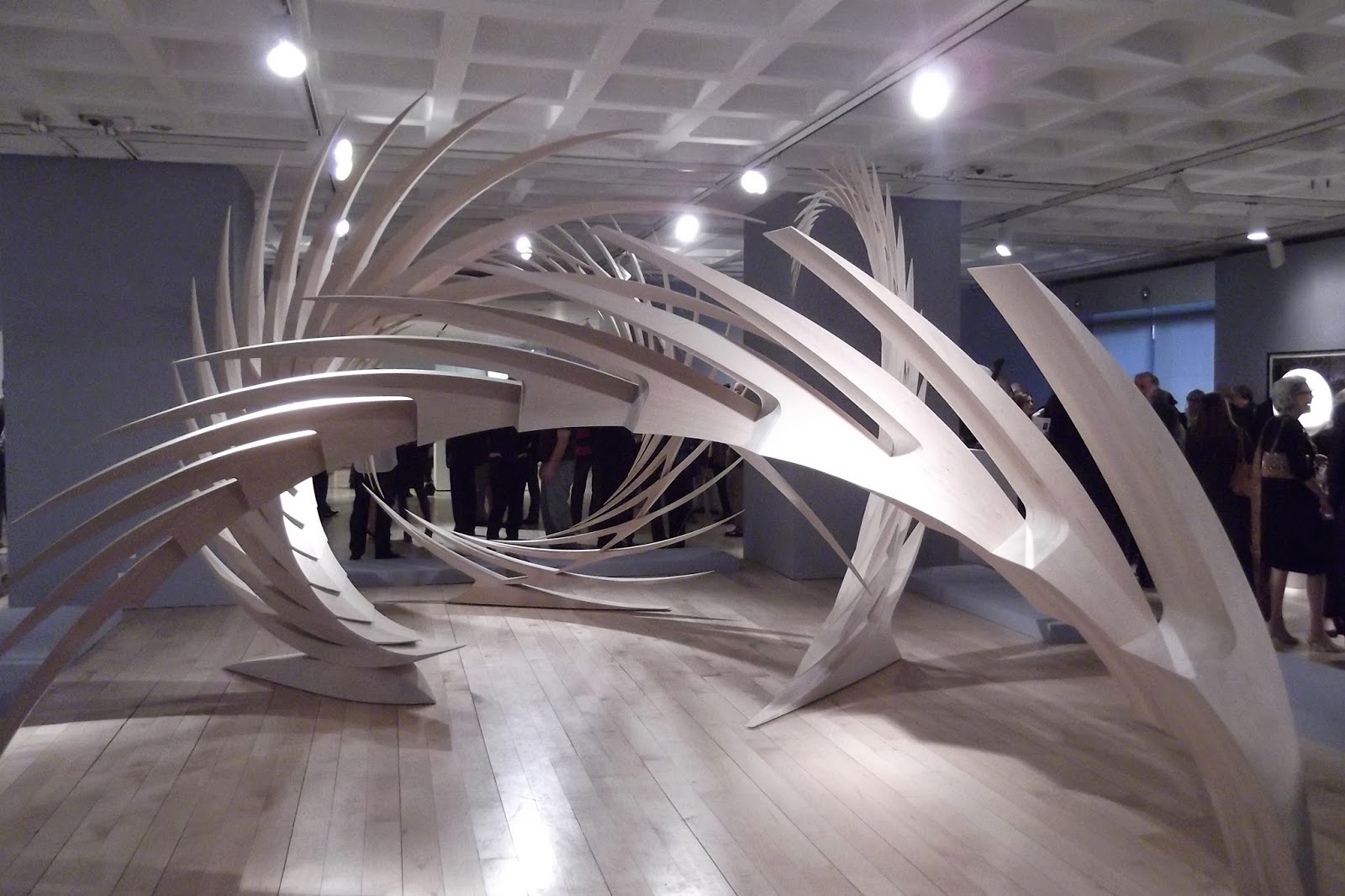 Because we were confronted with vast, dynamic swirls & swoops, waves & curls - some solid, many air-born. Or so it seemed. These giant wood maquettes will be enlarged to monumental scale in steel/aluminium to 15ft high x 40ft across for next year's outdoor public exhibition along Park Avenue. 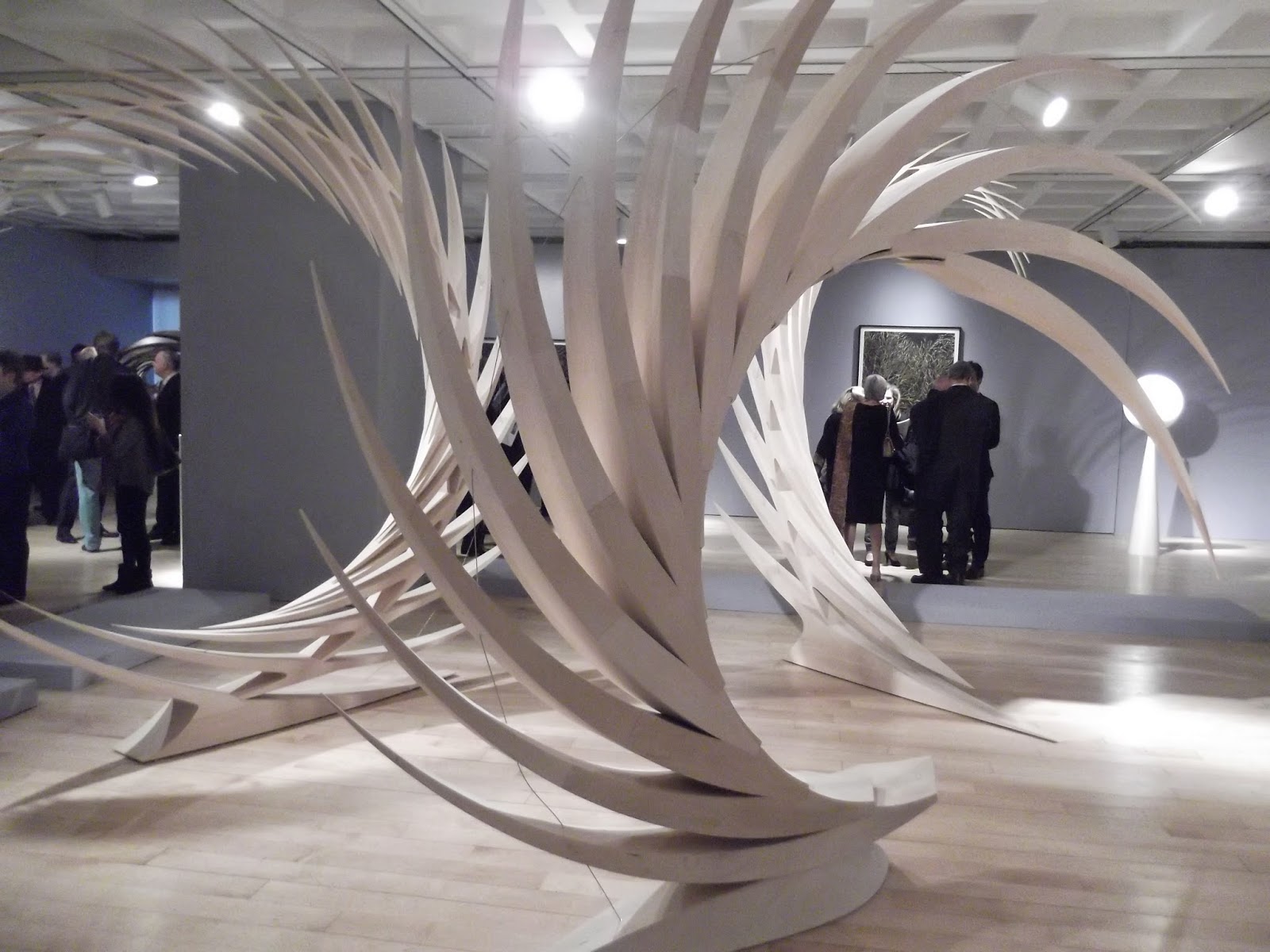 So I went to see where they were made - in Calatrava's basement. He has 3 adjoining houses on Park, and has scooped out the workshop from one. "In Zurich we have a much bigger atelier". 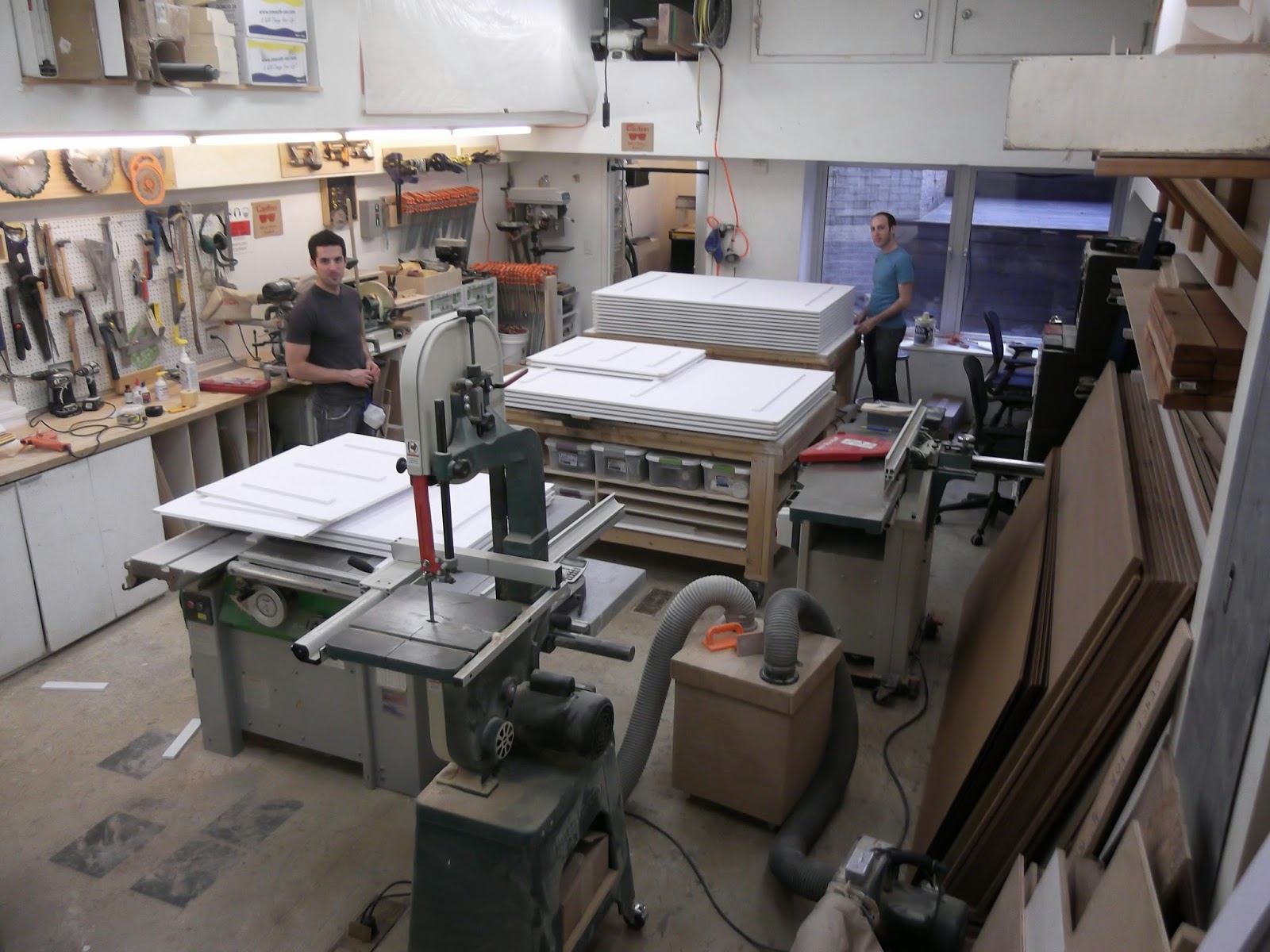 For someone so busy, you would think that any break would be welcome. But the weekend after this show & before he left on Monday for Florida & Zurich, Calatrava was in his studio at home drawing & painting trees: tall thin silver birches; bigger dark forest trees in watercolour.  "I have been always drawing. It's a need." He spends hours, days, in his spare, minimal NY studio.

He has 80,000+ drawings in notebooks. Favourites include bulls, trees, doves & organic forms. The bulls & their horns as repeating patterns, appear on his ceramics which he makes in the summer near Valencia, his home town. 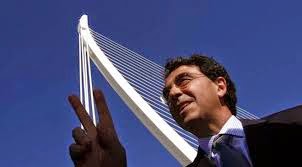 "Architecture is limited to the practical," he says. "Sculpture is freer." And computers? "Never use then - it's like driving a lorry; for me it's easier with a pencil. But computers do solve powerful geometric problems." At the workshop, one assistant who specialises in 3D Cad work, showed me the next new sculpture - with a huge TILT - that they were working on via  the computer. "We tip it until it finds its natural balance position." 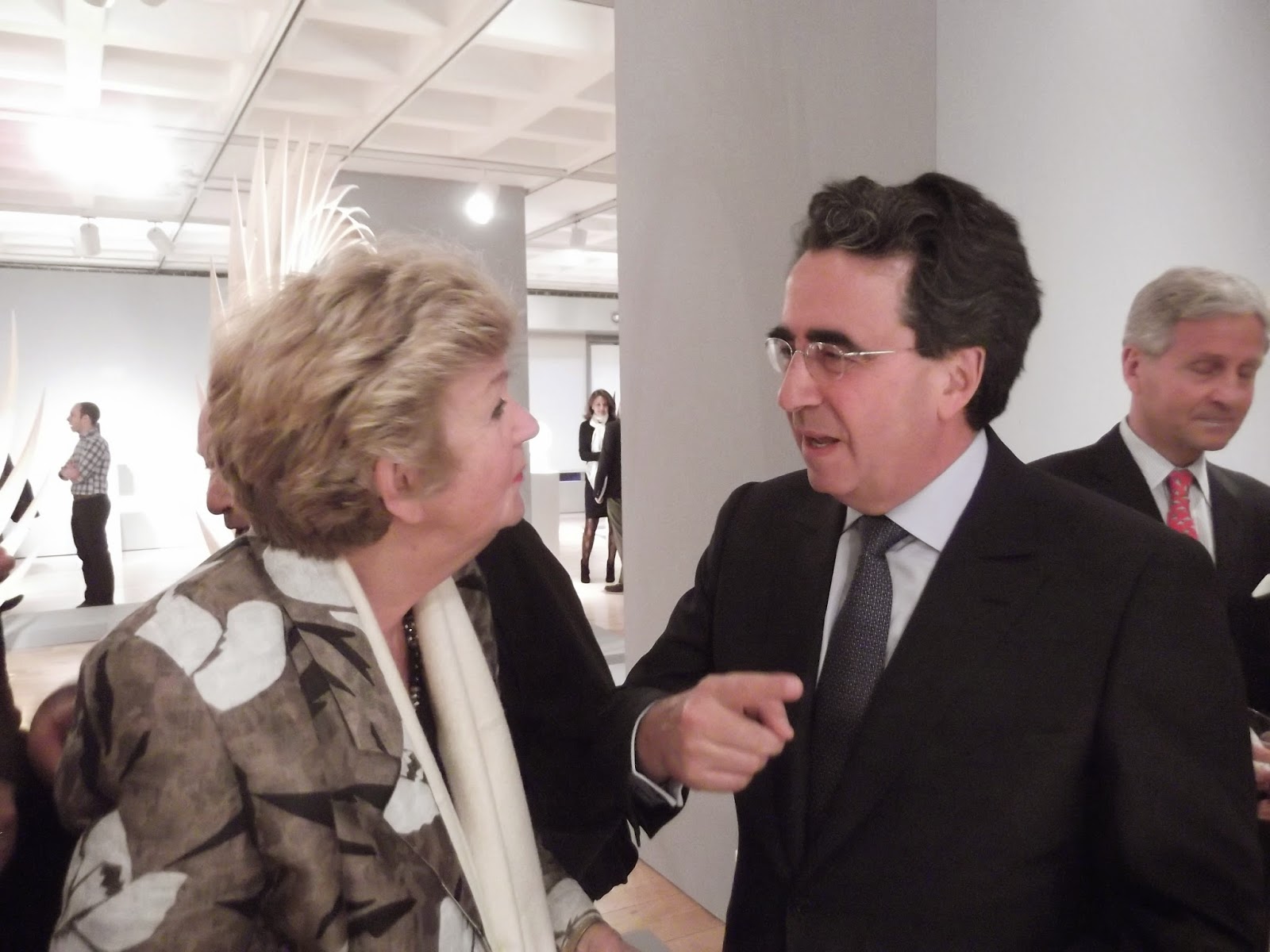 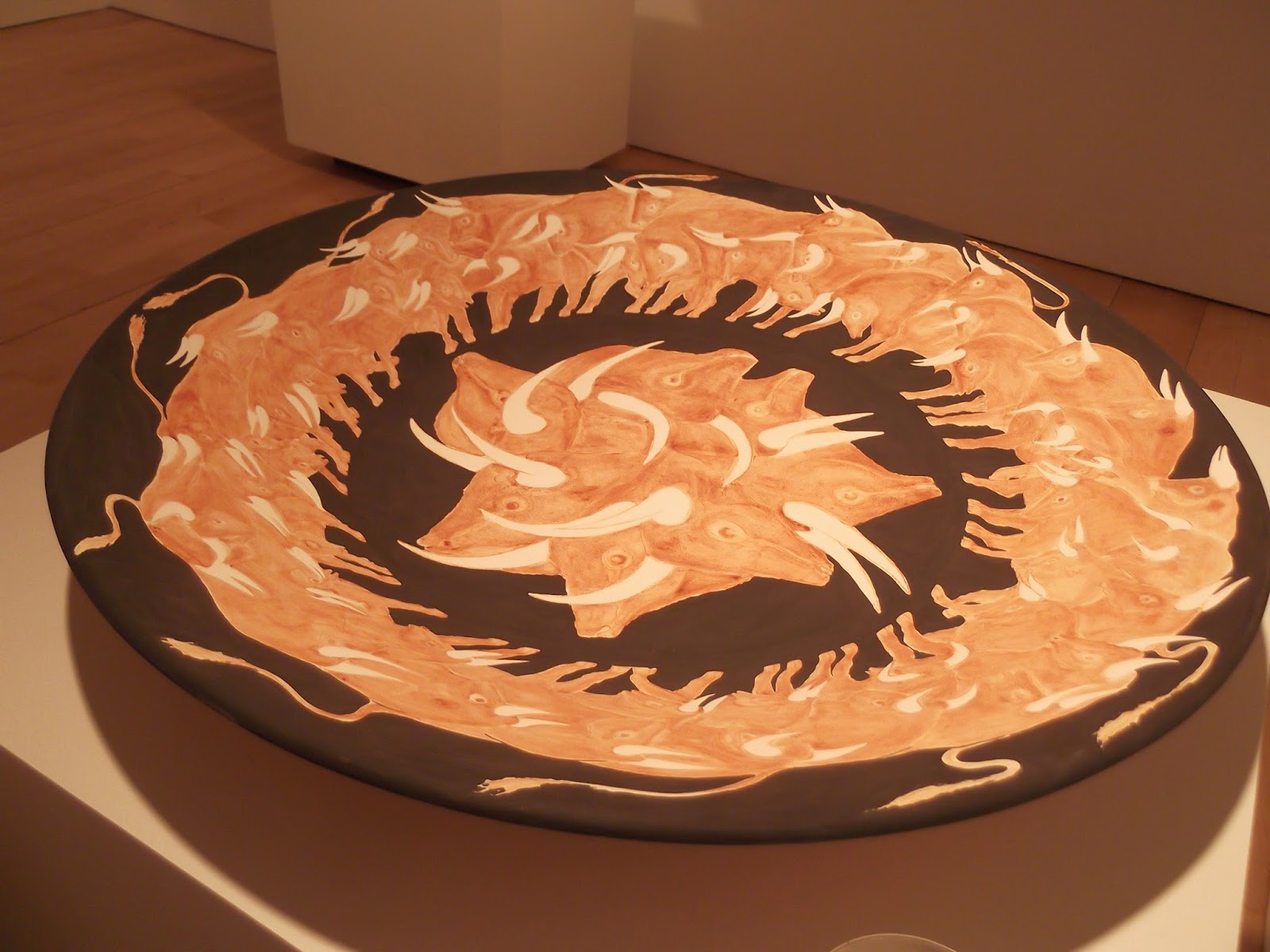 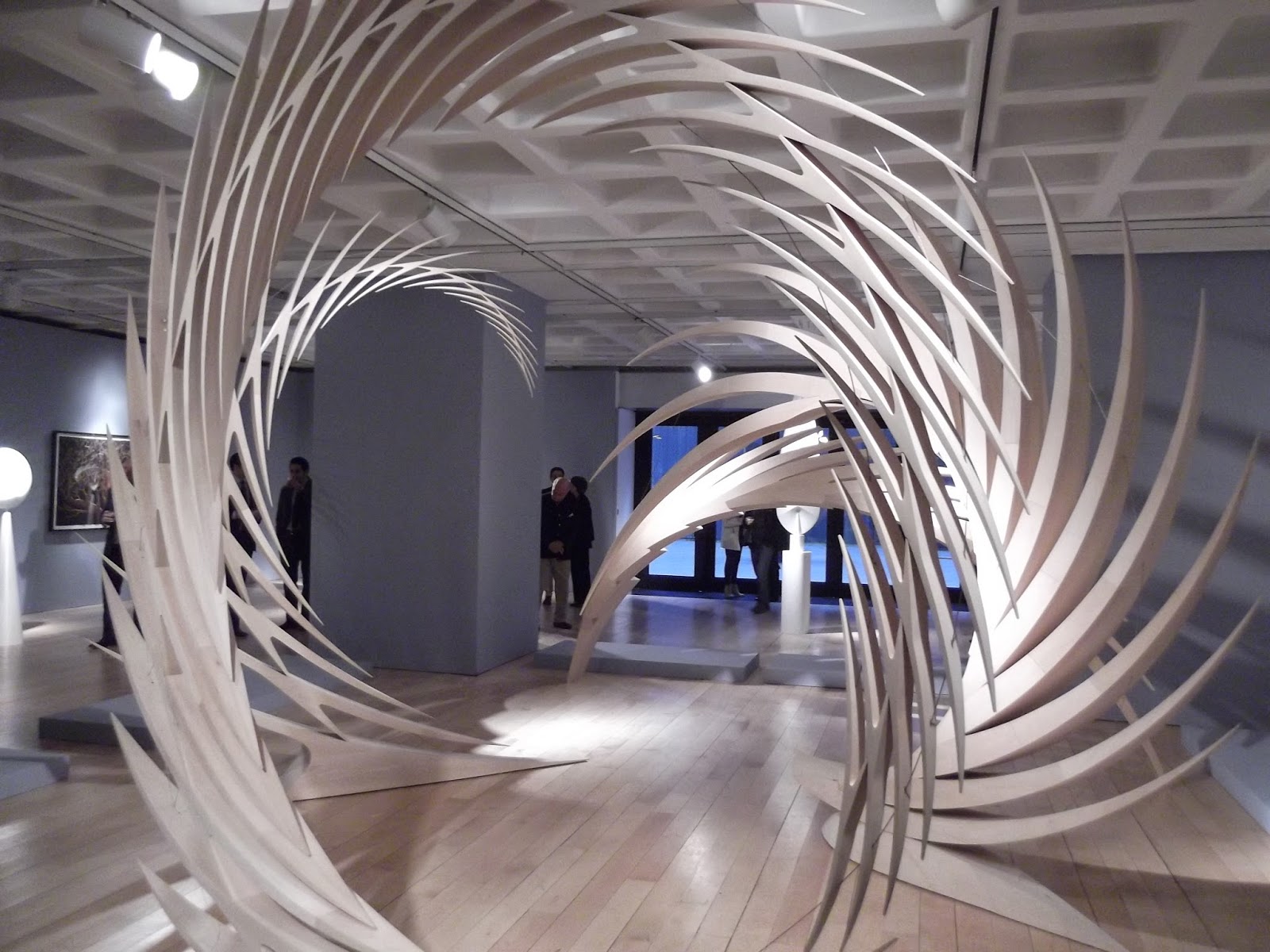 His very personal style of architecture derives from numerous studies of the human body & the natural world: the spine as it twists, leaves along a stem, folded wings, open arms, a nude figure."The mystery of why we stand up, how we move." This is his inspiration.  But architecture experts see his work as a continuation of Saarinen's work. His white marble sculptures are also obviously influenced by Brancusi. White alabaster sculpture.
Tension plays a large role in his art, as in his bridges. Several new sculptures appear magically suspended. Gary Tinterow once told me. "Many of his notable architectural forms derive from his own personal work. The sculptures are beautiful objects in themselves & illuminate his buildings fabulously well." 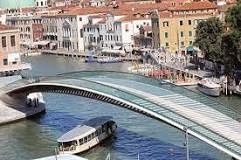 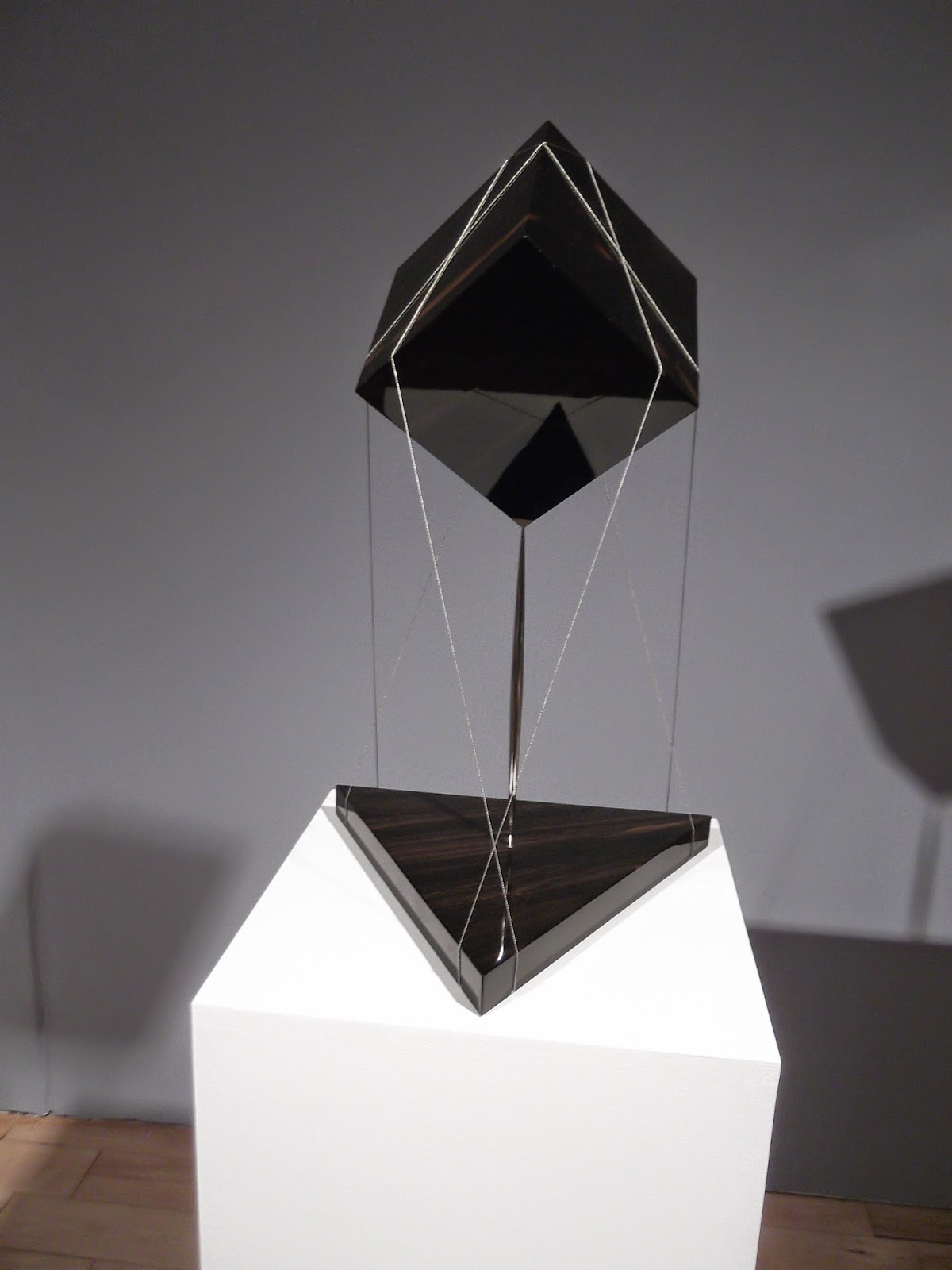 Tension sculpture
Calatrava has 4 children. Of 3 sons, all Columbia graduates, 2 are involved in the family business and live upstairs in the Park Ave home.  On the 1st floor (2nd floor in US speak) of the adjoining townhouses is a large sunny gallery full of Calatrava's paintings, ceramics & sculptures. "Directly or indirectly these are all studies for buildings." 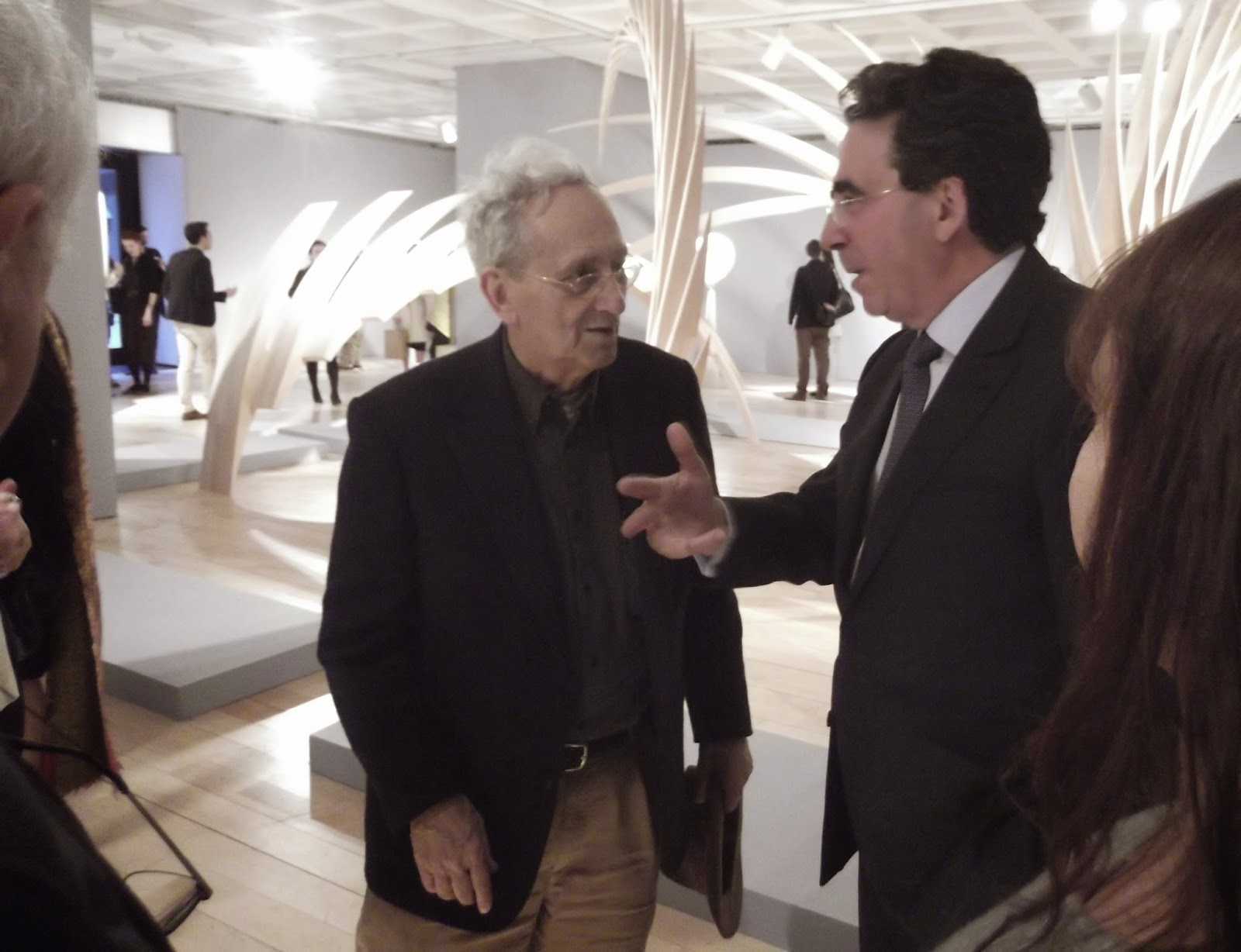 Frank Stella & Calatrava
"He's a Renaissance man" long-time friend, the artist Frank Stella says. Stella will have a big retrospective at the new downtown Witney in 2015/6. 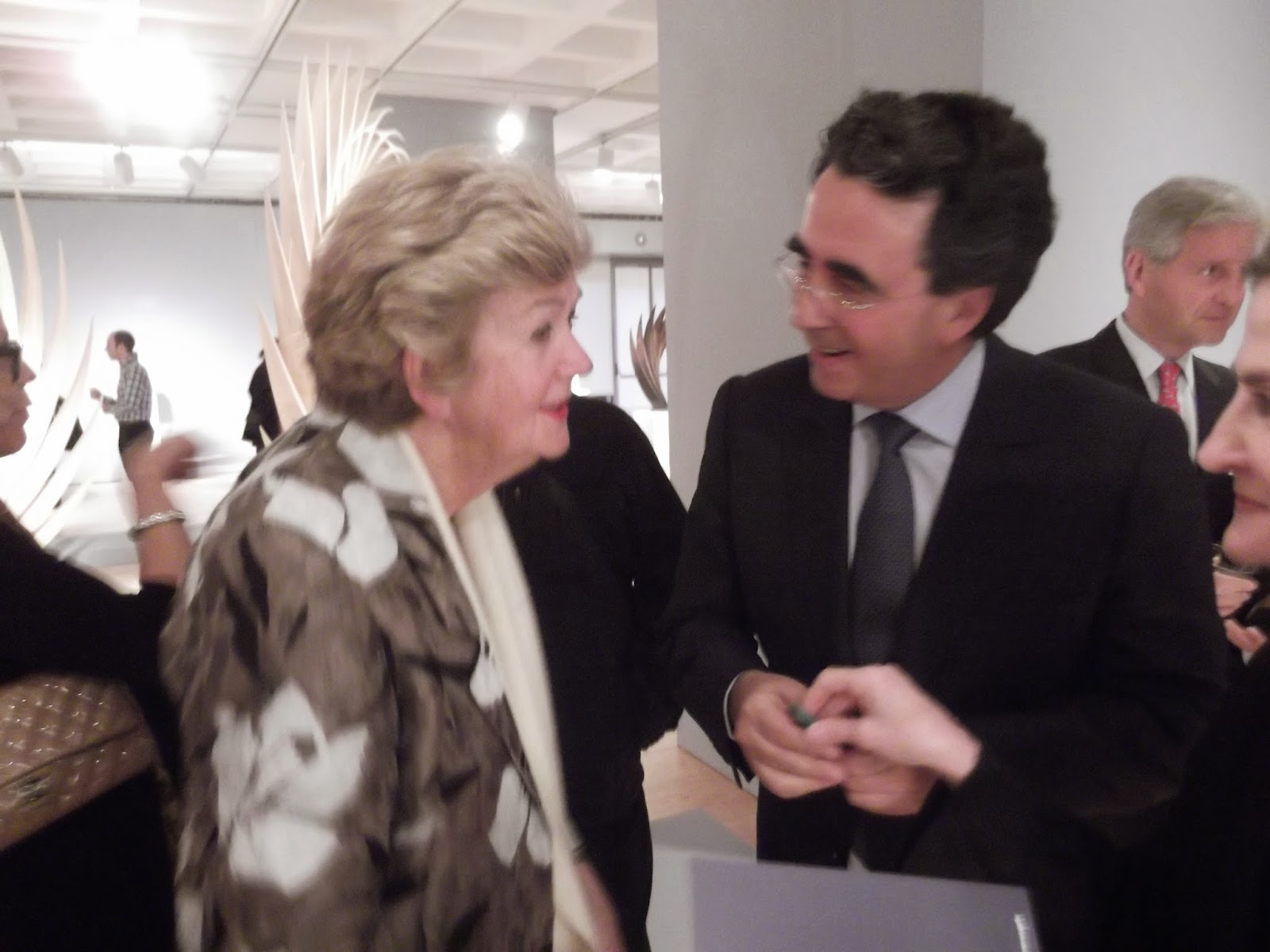 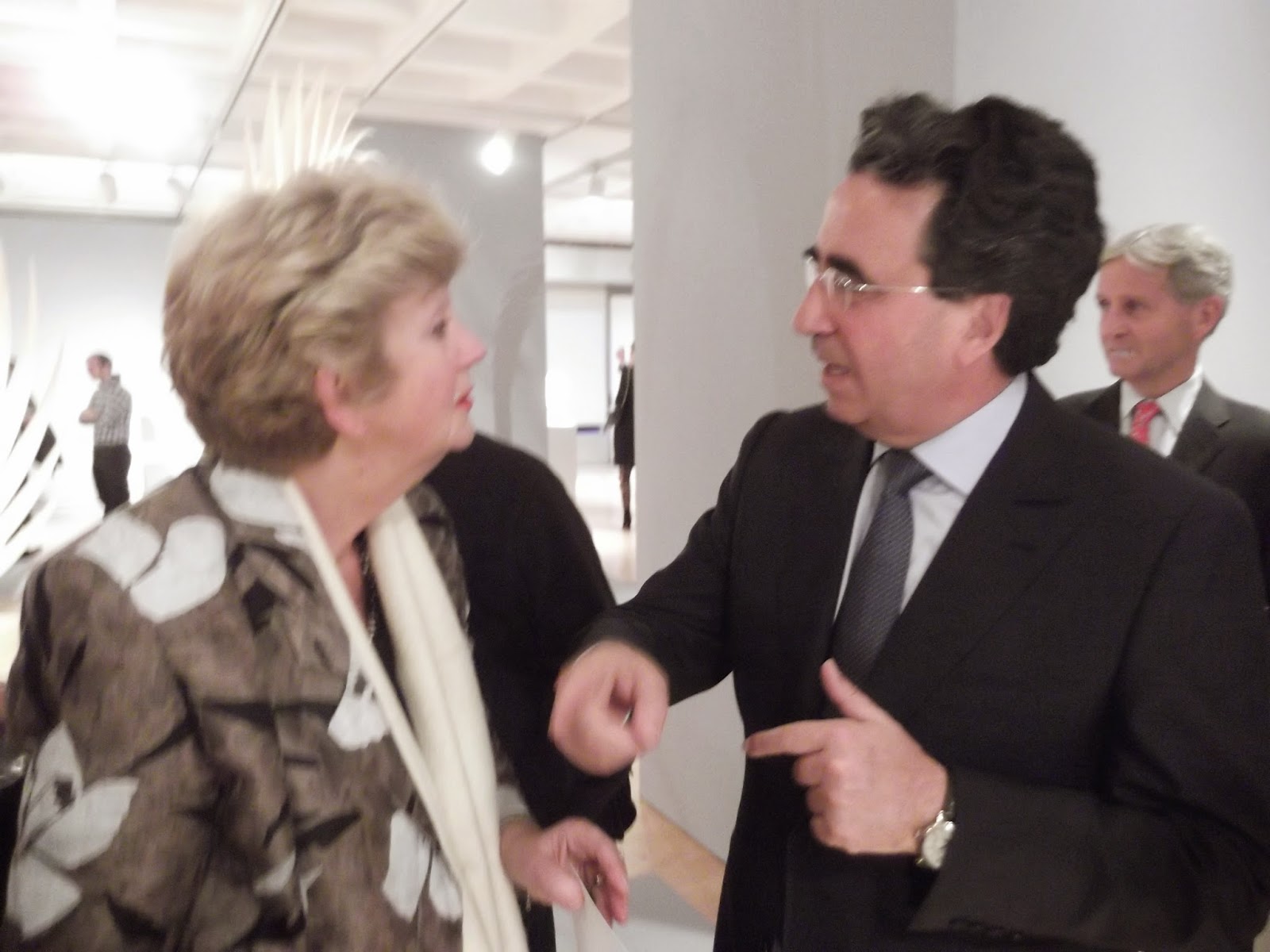 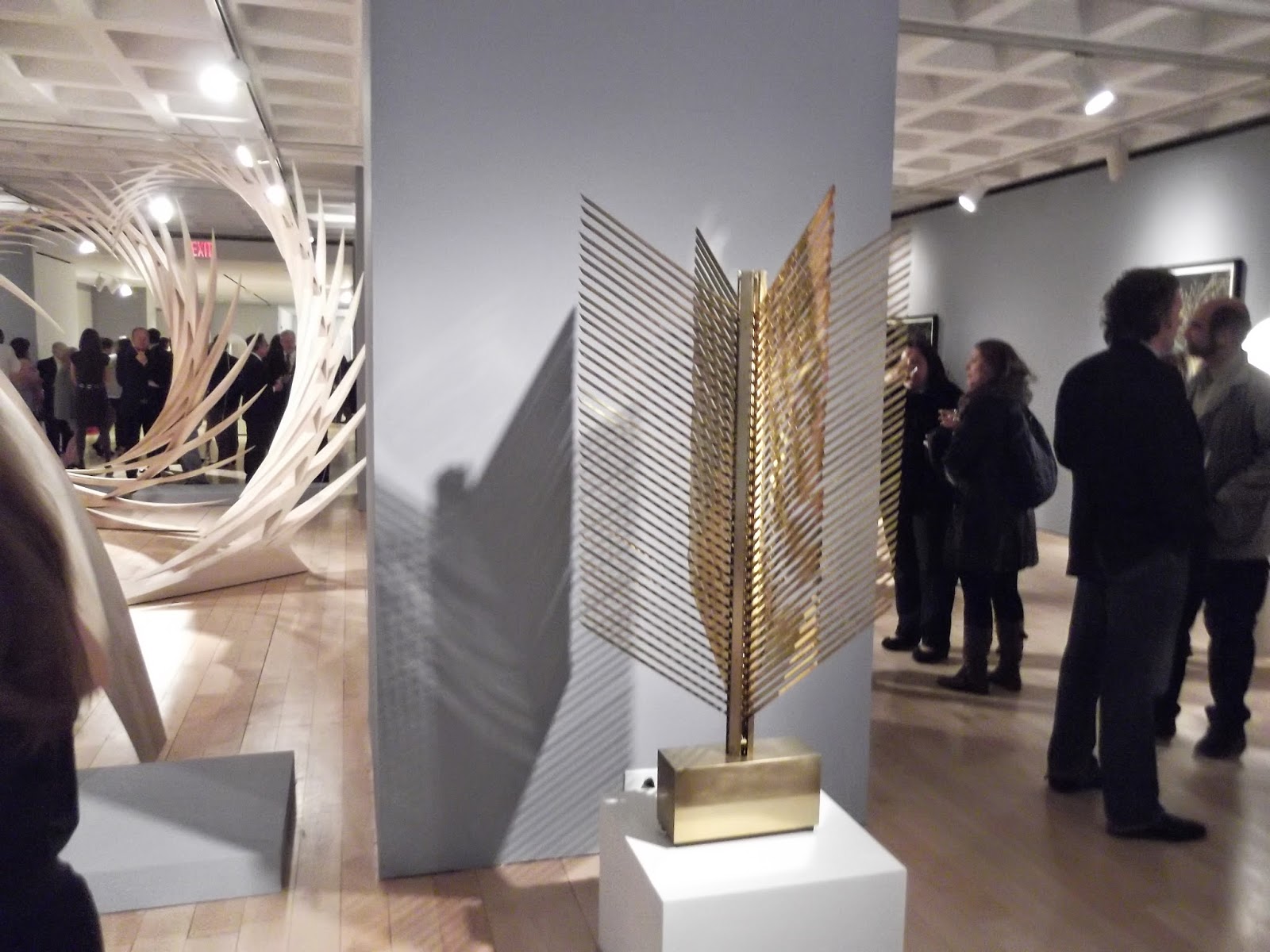 Brass sculpture with wings which move 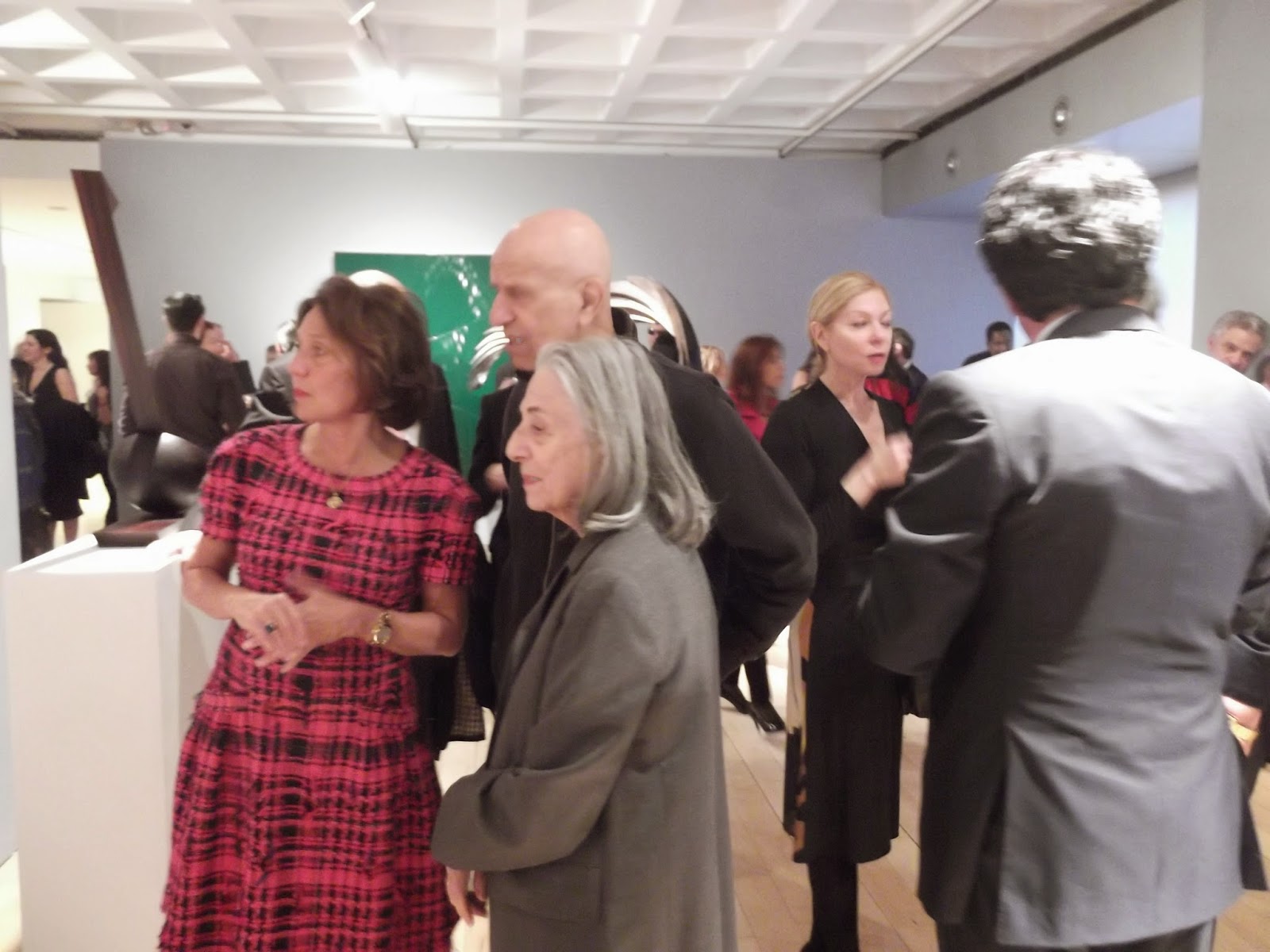 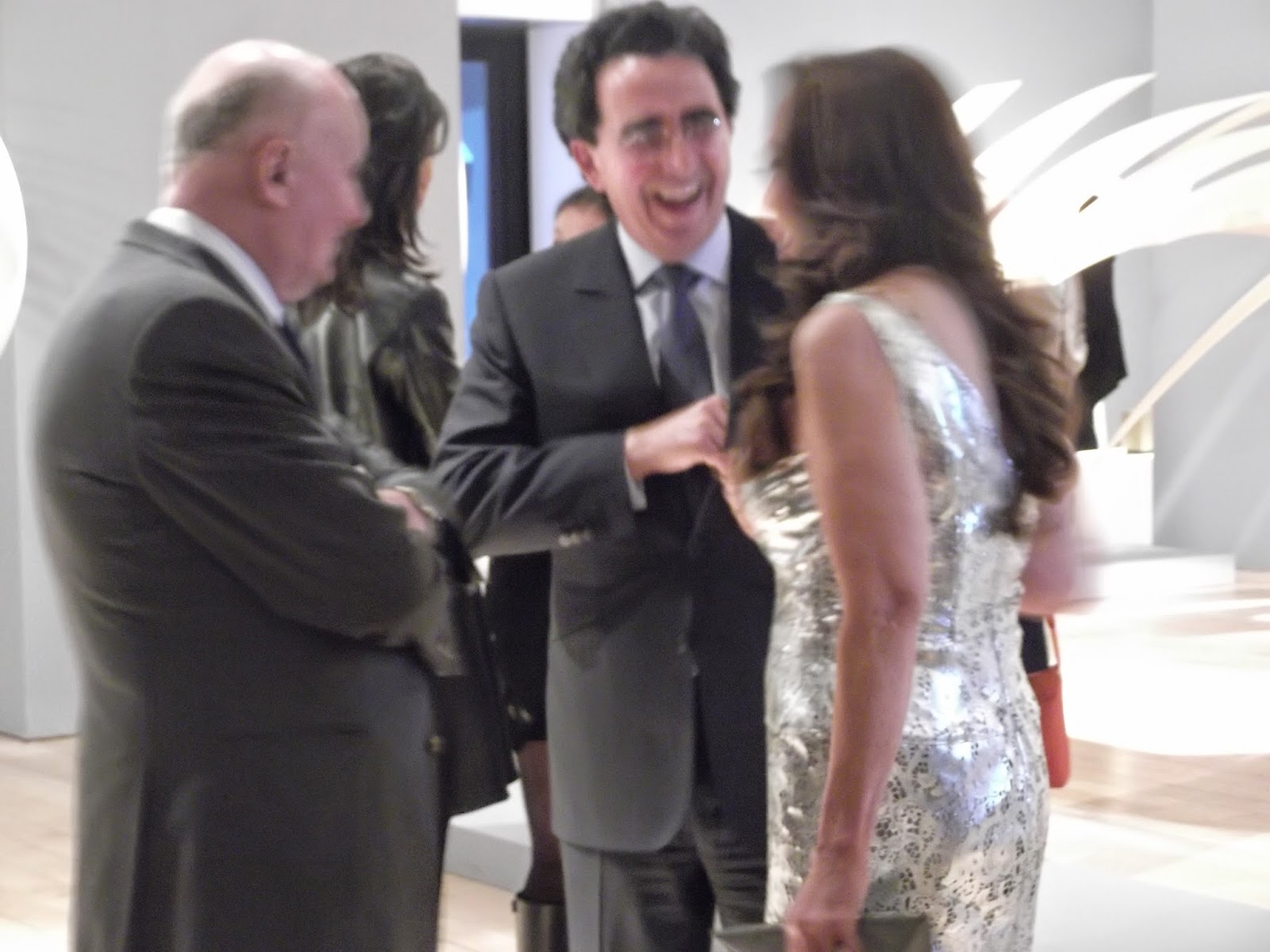 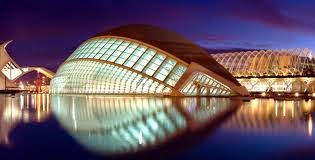