Julian de Cordova (1851-1945) is a typical American success story. Self educated, he ended up as president of the Union Glass Company.Travel and art were his passions. In 1910 he remodeled his art-filled summer home in Lincoln, Massachusetts to resemble a (red brick) European castle, which he left to the town as a museum.

Today, after various expansions in the 1960s & 80s plus a major $8m project in 1998, this splendid deCordova Sculpture Park & Museum encompasses 35 acres of beautiful rolling woodlands and lawns, the largest of its kind in New England. 60 sculptures dot the park and a recent  Antony Gormley bestrides the entrance. The new wing is well integrated with the old mansion. Overall the deCordova deserves to be better known. Maybe the current show, till April 2014, will help. 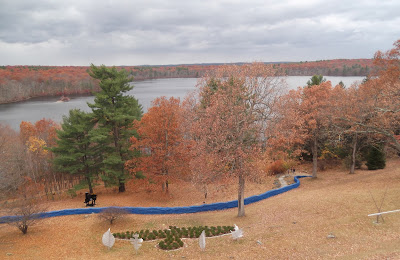 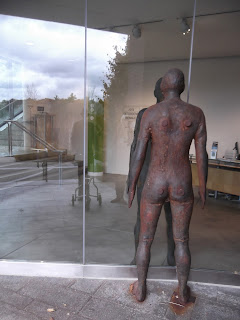 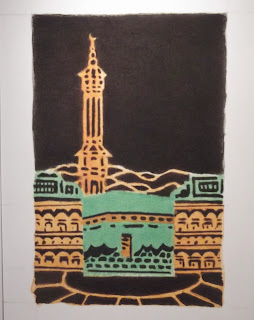 The 2013 DECORDOVA BIENNIAL, its 3rd, presents new work by 21 New England artists, (ie NH, VT, ME, Ct, MA & RI) but as ever with the US, they come from all over the world - including Portugal, Kuwait and London.

Taking over almost all the building plus some outside & on the roof terrace (with a great view) the variety is astounding, from the minimal Giberson's string and shadows to Yurukoglu'd colourful plexiglass installations. Abbas's Kaaba phot-pictures of Mecca with the famous black cube enhanced with day-glo colours is an eye-catcher. Chang/Kelley's videos of a China in transition are important but need an editor. Murrow's detailed Flotilla drawings link the Mayflower (deCordova is near Boston) to the Bay of Pigs. Too much is derivative - but Andrews has a sense of wit. 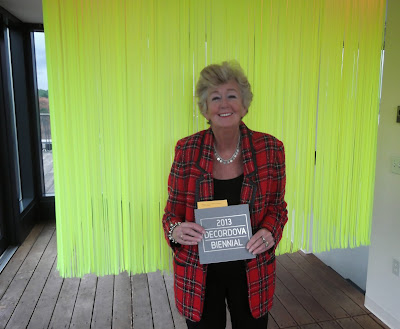 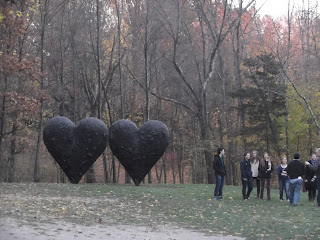 3 minutes away is the 1938 Gropius House, constructed as his family home by the Bauhaus founder. Not to be missed. 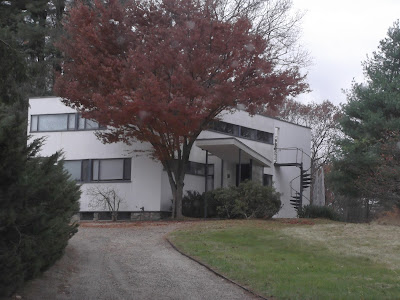