SCOTLAND AT THE VENICE BIENNALE 1990

SCOTLAND at the VENICE BIENNALE 1990: Tre Scultori Scozzesi .
The Venice Biennale, opening this week, is the Olympics of the art world. 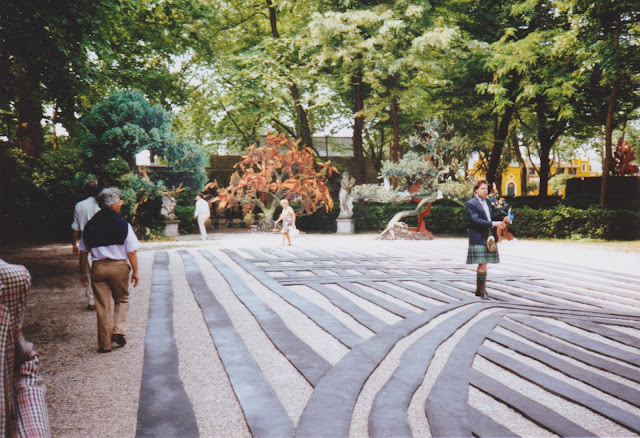 Scotland+Venice was first pioneered 27 years ago. in 1990 the Scottish Sculpture Trust, conscious of Glasgow's position as European Capital of Culture, secured Scotland's representation at the official 44th Venice Biennale. 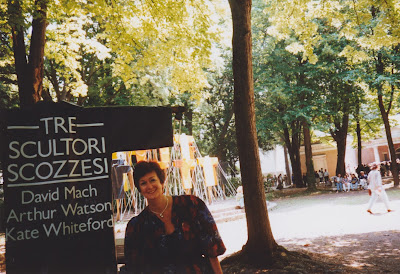 At the invitation of the Biennale director Giovanni Carandente, three sculptors, David Mach, Arthur Watson & Kate Whiteford were given prominent place at the heart of the Giardini, across a large open air site right at the Biennale entrance. 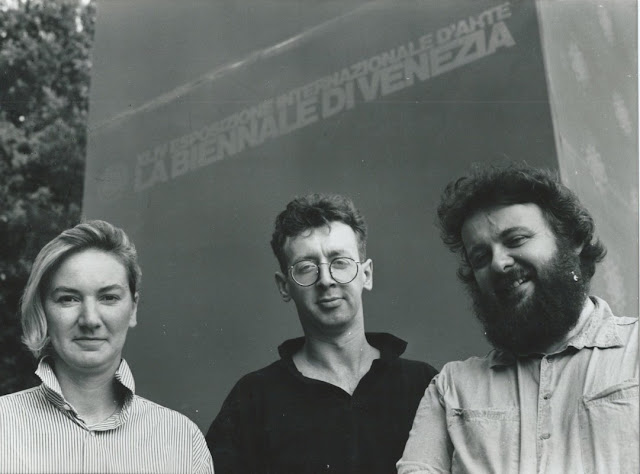 Tre Scultori Scozzesi were impossible to miss and made a unforgettable impression. 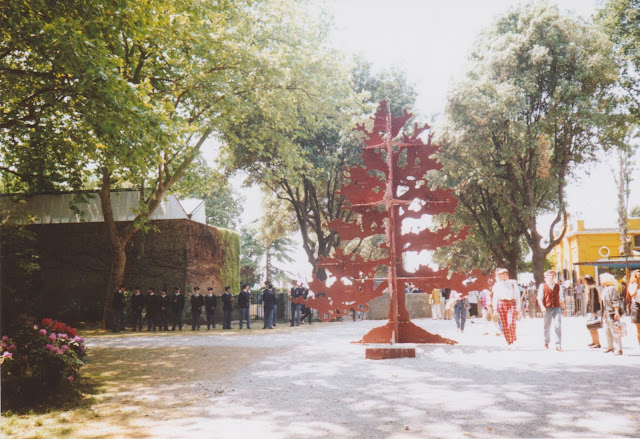 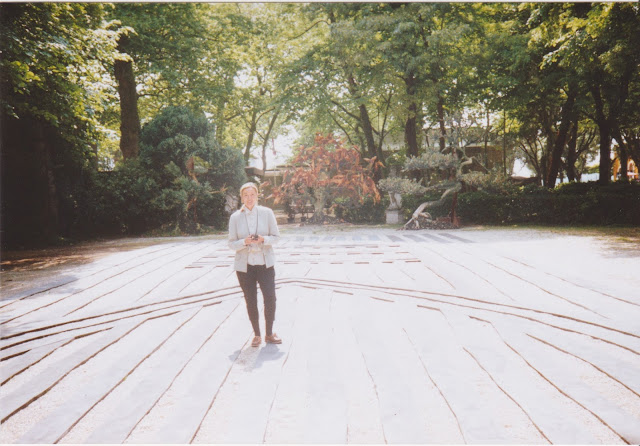 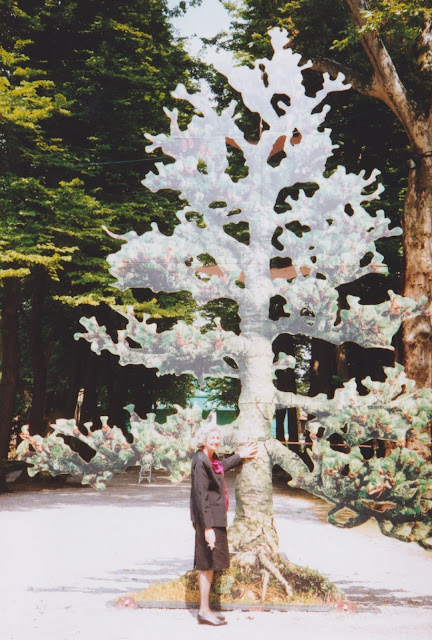 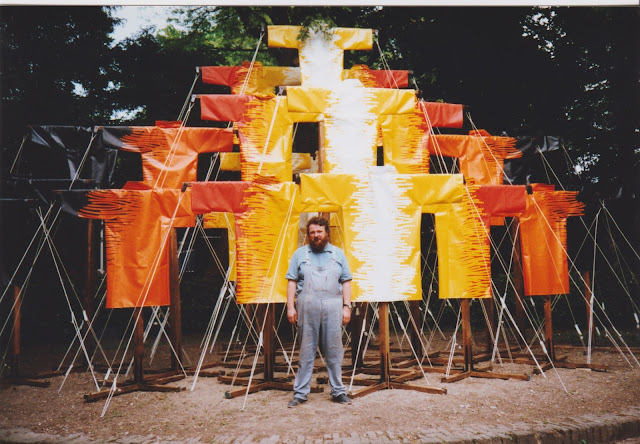 As the official 1990 Biennale catalogue said, "All 3 found a way of taking the Scottish landscape tradition off the gallery walls, and into the contemporary public arena, a move totally in tune with the new spirit of excitement generated by Scotland's recent international success in all the visual arts; a success reflected in this unprecedented Biennale exhibition." 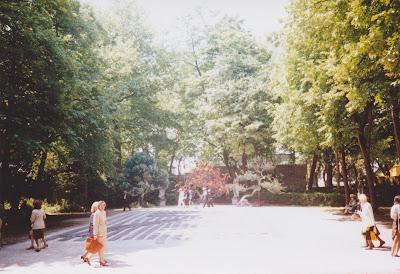 This participation,  Scotland at the Venice Biennale 1990, Tre Scultori Scozzesi, from an original idea by Richard Demarco, was carried out on a tiny budget by Barbara Grigor, (1944-1994) chairman of the Scottish Sculpture Trust, plus Angela Wrapson and selector curator Clare Henry. 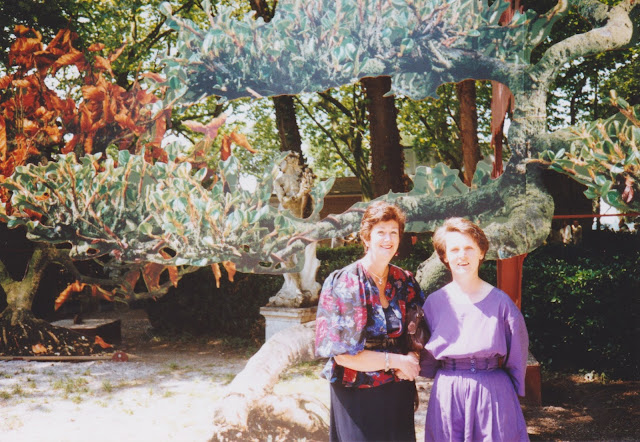 Funding from the Henry Moore Foundation & the British Council made the event possible. In 2017 the Scottish arts council budget is 350,000. In 1990 the Scottish Arts Council gave £10,000 & Glasgow gave £5,000. Talk about a wing & a prayer!
Lost in this synopsis are all the dramas inherent in a Venice project of this magnitude: logistics of Venetian transport unions, resignations, technical problems in digging deep without hitting water, not least some sculptures impounded by Italian customs. 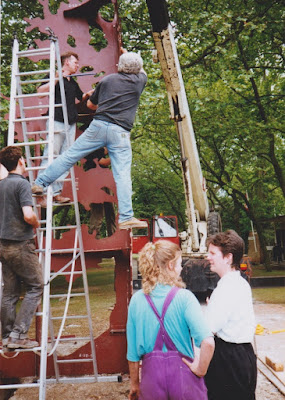 Yet in a matter of a week, and with a mere 5 days use of a crane, 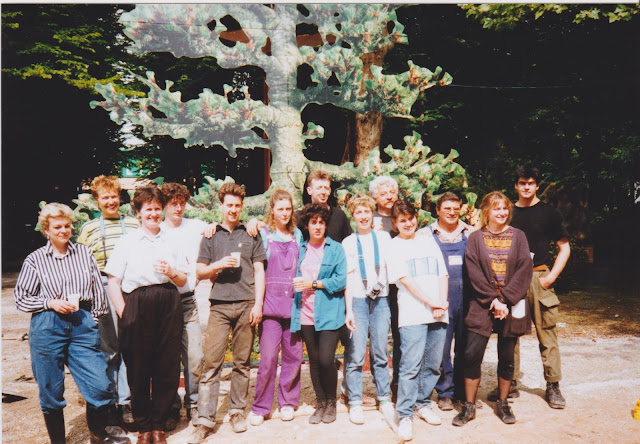 Dave Mach's installation team in front of his Bonsai tree at the entrance to the Biennale.

the works were installed, ready for the international art world and 16 European TV news cameras! 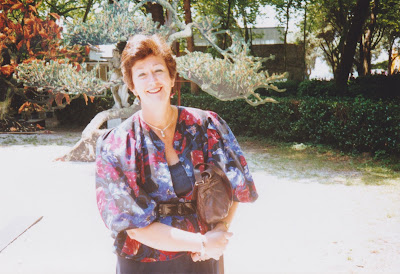 Clare in front of Mach Bonsai trees in the Esedra.
Scotland at the Venice Biennale 1990  was a critical and artistic success, deemed "thoughtful and serious" "a Venice triumph for Scots sculptors" and set a precedent for future Scottish exhibitions in the Venice Biennale. 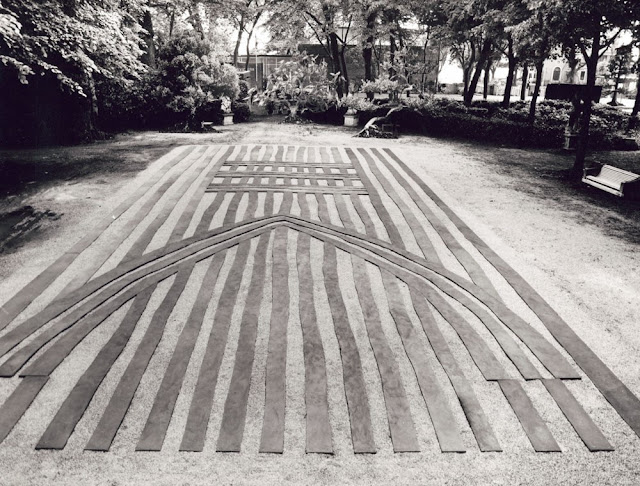 27 years on, the problem of funding or building a permanent Scottish official pavilion remains, but with the swell of SNP nationalism may it one day be solved? Hope so. 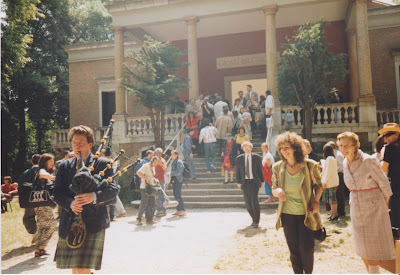 Piper leading towards the Scottish installation in the Venice Giardini 1990.