Historically GPS has not been known for its support of women. So this show of 7 curated by Claire Forsyth, GPS technician, is welcome. 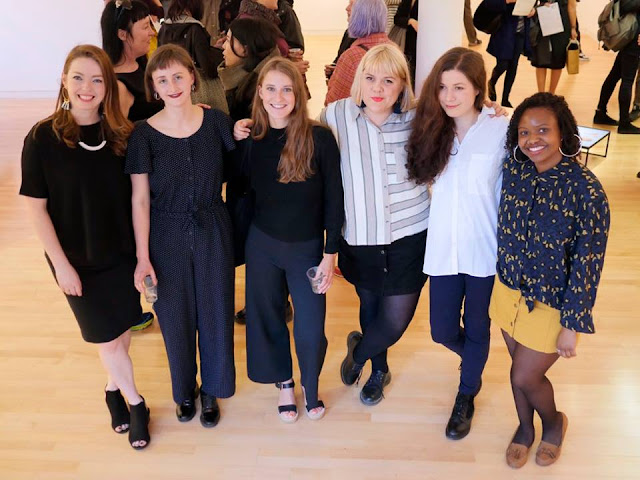 It is also a sophisticated, very minimalist presentation of assorted, varied work, some with a tenuous link to printmaking; others with a close involvement with  materials like plaster, felt, brass, bronze, leather, wax, stone, canvas and especially s/s mesh. Most of the artists graduated from GSA, often MA. 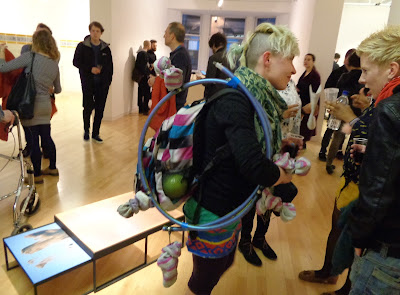 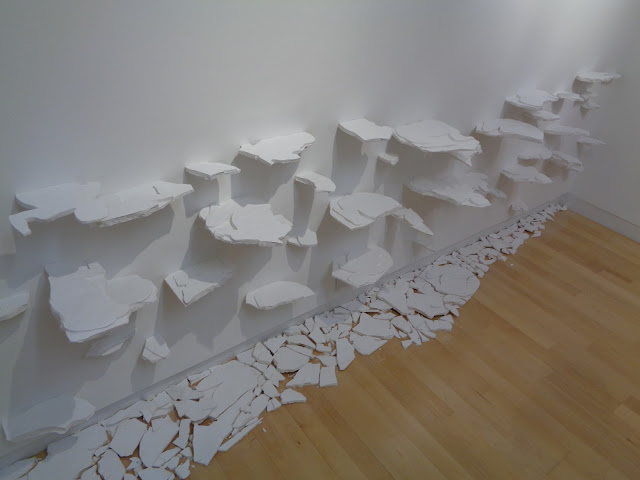 Rushka Gray has a memorable piece made of white cast plaster. Its title 'Cumulus Rubble (Forms of Erosion)" is exact, tho here it hovers near the floor, a 21st century ruin. 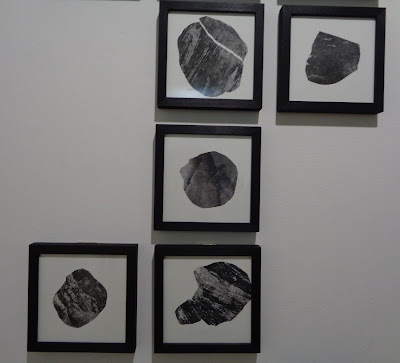 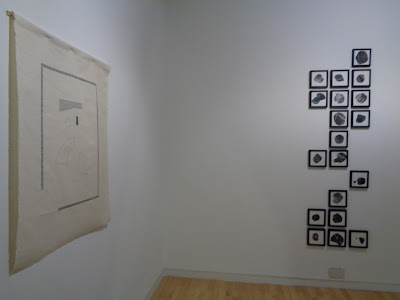 The nearest to old fashioned gestural painting is Grace Woodcock with her coloured drags & smears, but she equates these marks with smart phones or tech-swipes - 'a conversation between man & digital interface." 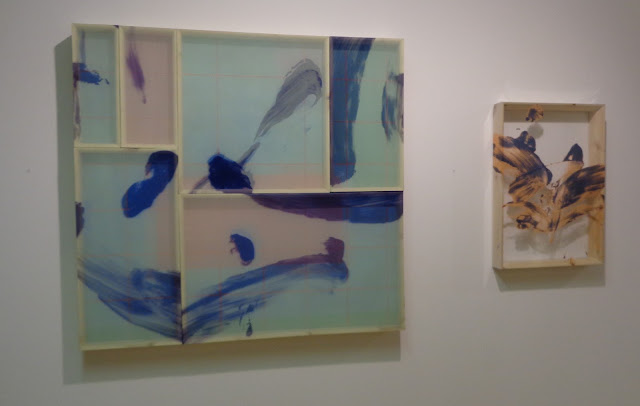 Applied to semi-transparent mesh it does reminds us that space need not be virtual. 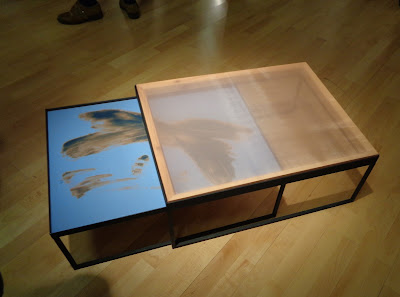 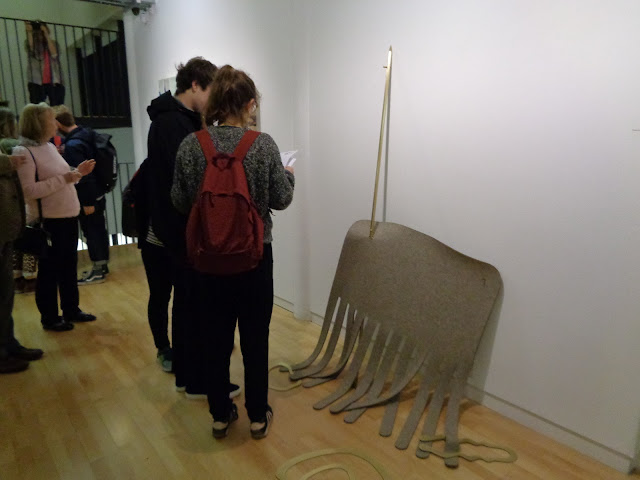 Elle Elks Herrmannsen likes objects trailing onto the floor or placed very high. One drooping creation is made from felt and brass, another, titled Soft Candy, of leather. Tho quite a nice addition to the gallery space, these works lack significance. 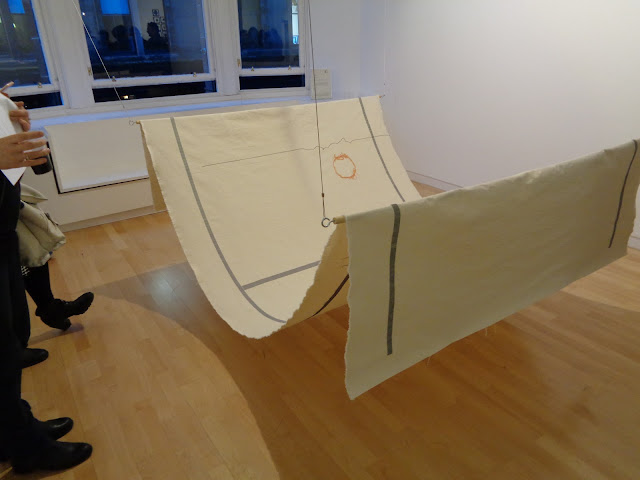 So too with sculptor Gabriele Jogelaite. Jogelaite's canvas swing is playful - and her Fishing Vases refined, but the totality is overly minimal and effacing. Euphrosyne Andrews has something of a mini show all of her own with 5 pieces in one space: 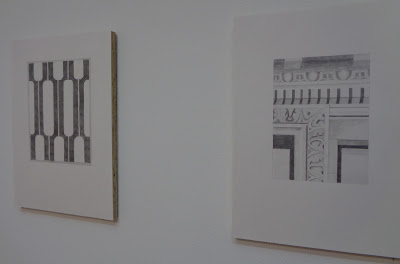 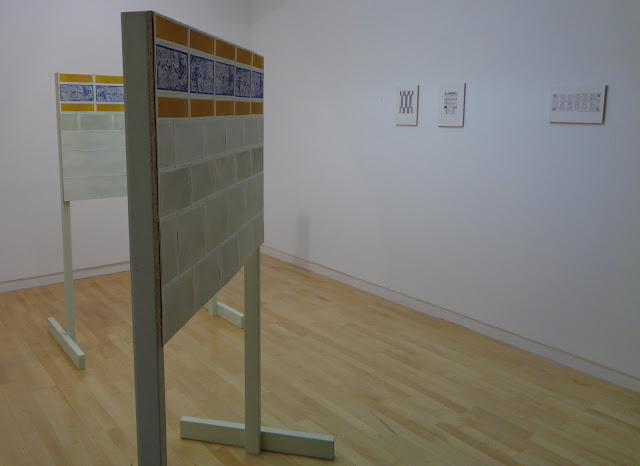 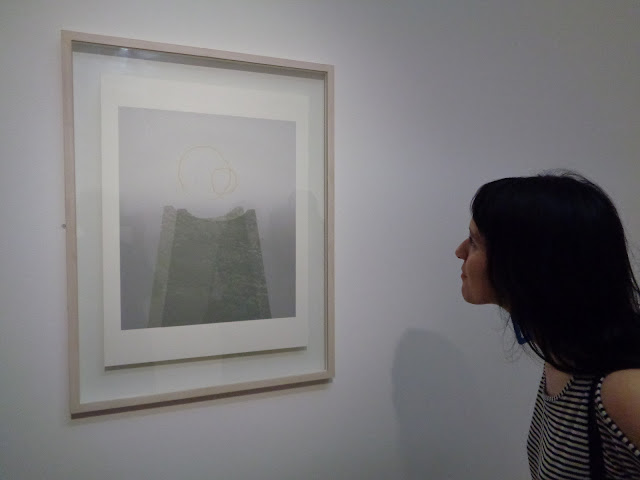 and nice to see - at least one representation image - sissors! 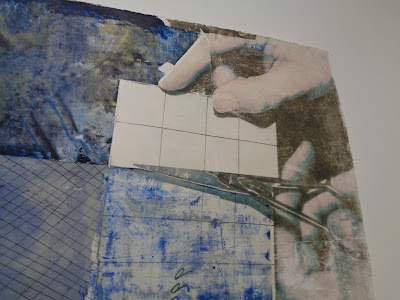 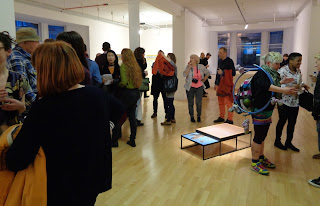