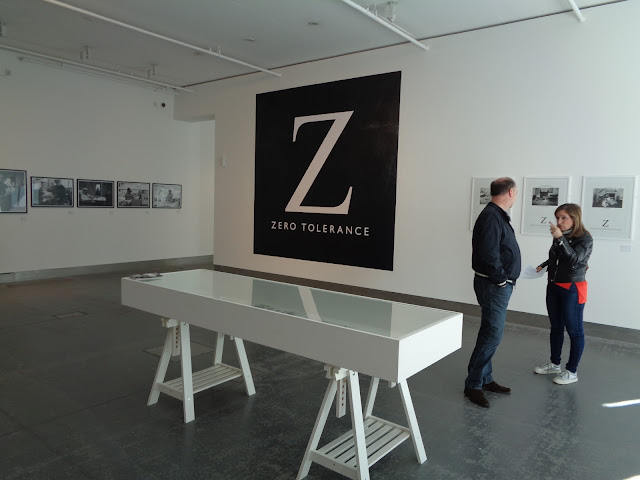 The ZERO Tolerance campaign was instigated by Franki Raffles  in 1992. How can it be 25 years ago? Impossible, but true. 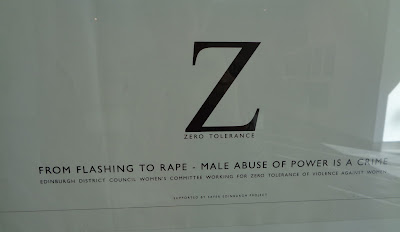 This remarkable achievement was aided by her key large-scale black & white images of middle class women in comfortable homes accompanied by searing text. No bruised faces; no battered wives. Just stark statistics of women most at risk at home from the men they knew and loved. 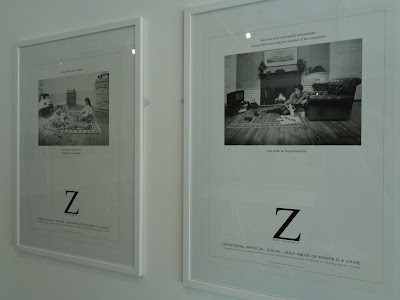 "Male abuse of power is a crime."


But Raffles should be well known for much more than this, important as it is. In a professional career of 12 years, 1982-1994 before her tragic early death thro childbirth, Raffles made her mark as a passionate feminist documentary photographer, crusading tirelessly. 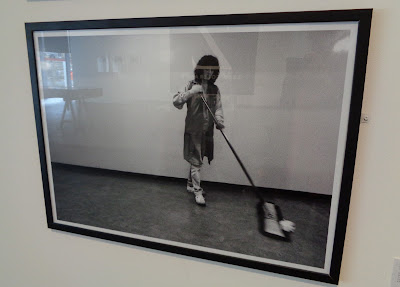 I first wrote about her in the Herald in 1982, commenting on her portraits of a weather-worn Lewis farmer's wife. Raffles herself said,"I want my pictures to say something, otherwise there's no point in producing them." 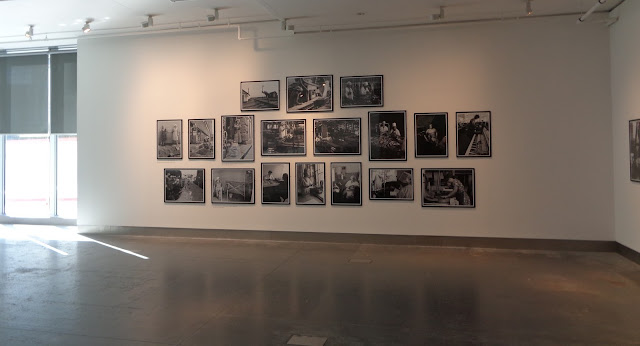 Happily her archive is now safely at Napier Uni and St Andrews Uni and looked after by Dr Alistair Scott who has assisted with a book and exhibition now at Glasgow School of Art. 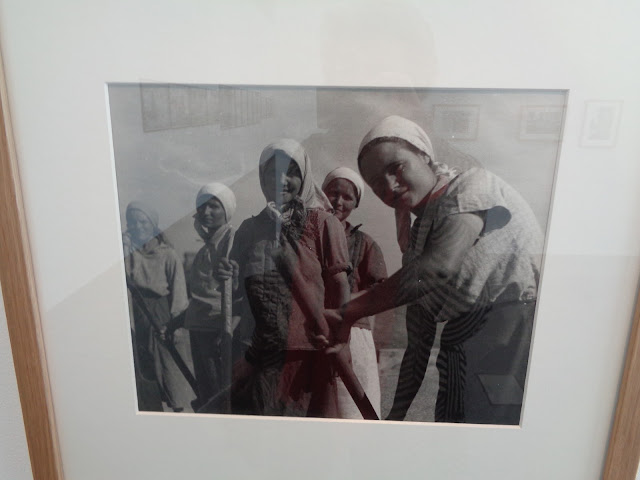 Titled OBSERVING WOMEN AT WORK, it records in harsh black & white the manual labour of women in Edinburgh and Russia. These 1980s British cleaners, home helps, factory & hospital workers, office temps, whose drudgery keeps the world ticking are shown to have humour, tolerance and strength of purpose. Their essential role in society - at a time don't forget, when men in general & husbands in particular, did little of nothing at home, was still badly paid. 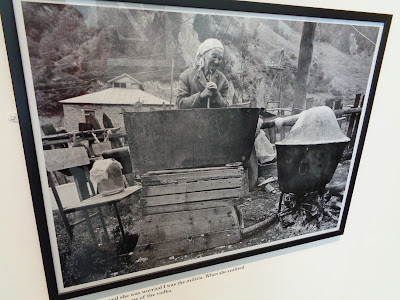 In Russia the scenario was even more extreme with peasant women working in arduous, almost medieval conditions on state farms in the Ukraine & Caucasus, and even working in saw mills, as builders or on the railways.  Raffles rarely used close-ups, preferring long shots to anchor the figures in their environment, be it field or hotel. 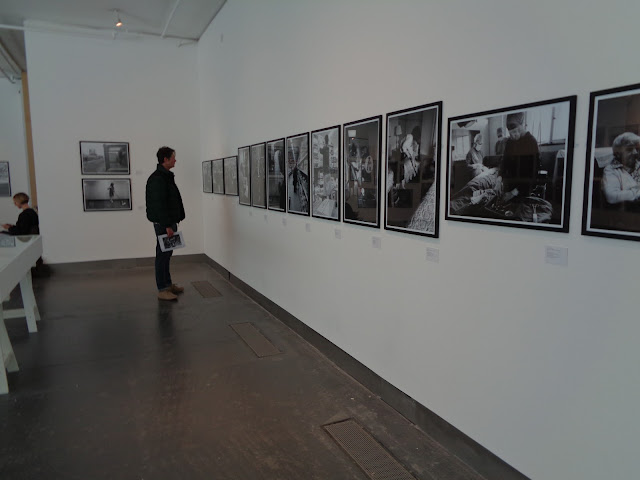 The Russian series was exhibited in Glasgow as part of 1990 European City of Culture, and also shown in Rostov-on-Don.
It is beautifully displayed at GSA taking up 3 big walls where is looks really impressive. 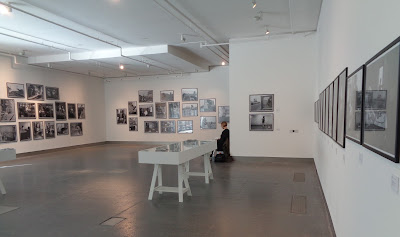 Raffles's belief, that "What u require for women's equality is economic independence. If u don't have that, u have nothing," is, sadly, just as true today. 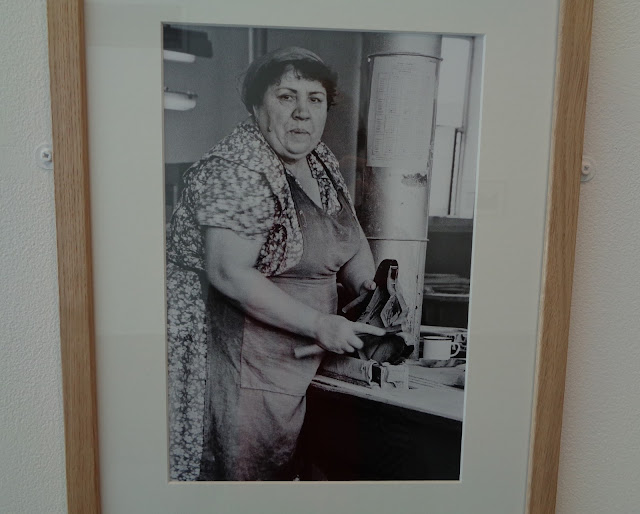 I believe Raffles was inspired & influence by her mother, the very successful and determined London Cork Street art dealer, Gillian Raffles, who ran the wonderful Mercury Gallery from 1964 till 2001. 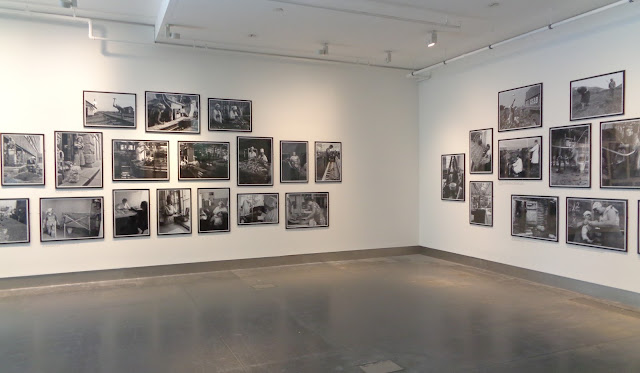 She also had a great gallery in Edinburgh on the Mound in the 1980s. In 1985 she and Franki went to Mexico  to a festival in Guerrero, and masks and rattles from there were later shown in Edinburgh - where I bought one. I still have it. Gillian showed Elizabeth Blackadder in London and did much for Blackadder's career. I met her first at the Bath Art Fair in 1981 or 2, and rate her highly. She gave Blackadder 18 solo shows starting in 1965. Her mother's career and determination in a male dominated art world must have inspired something in Franki for sure.

U can find more on      www.frankiraffllesarchive.org