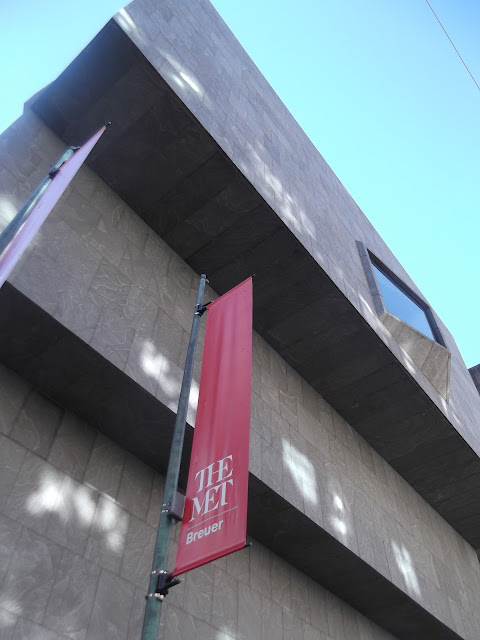 The Met Breuer is into its second round of exhibitions in the old Whitney building.

The 5th floor is given over to 70 PAUL KLEE works, mostly small in scale if big in punch. All belonged to Berggruen Collection & were gifted to the Met in 1984. 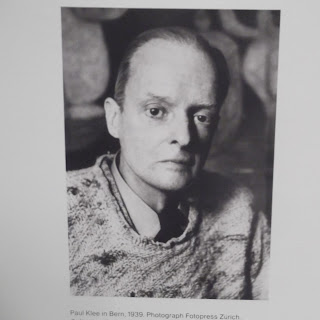 Paul Klee
Second floor features DIANE ARBUS photographs from 1956-62, the early years of her career when she was in her 30s. All were taken with a 35m camera, severe, candid black & white shots of people in New York's Time Square, or on the Lower East Side. 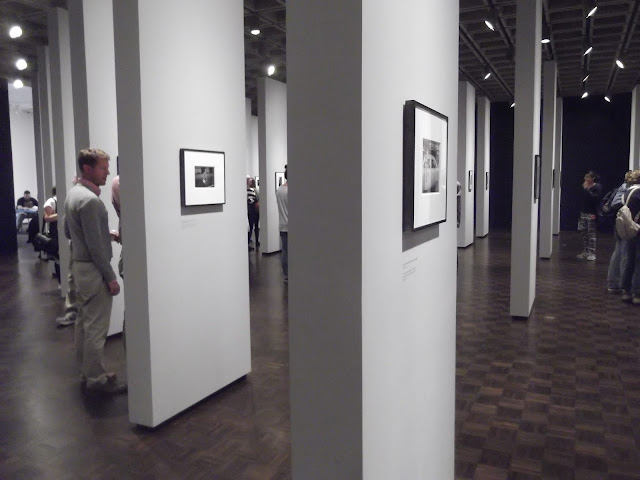 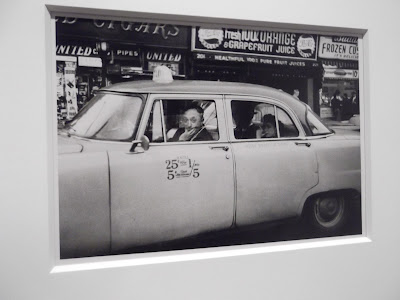 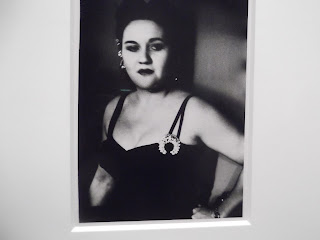 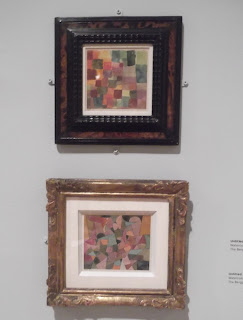 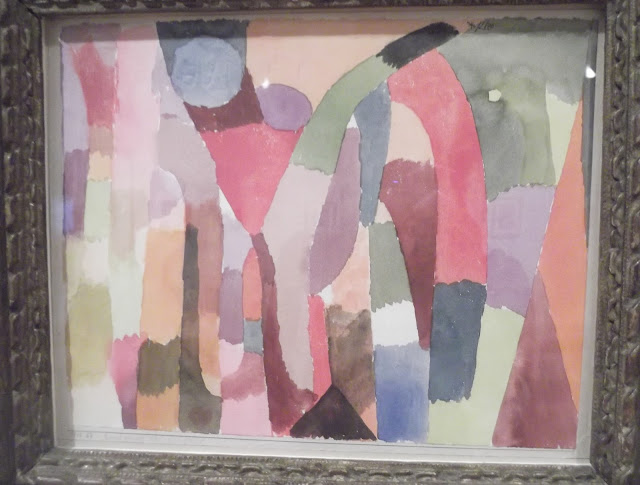 Klee's most prolific period, 1921-1931 teaching at the famous BAUHAUS,  was the happiest time of his life where he painted half his oeuvre. Colleagues there included Gropius, Kandinsky, Moholy-Nagy, Mies van der Rohe, Oskar Schlemmer, Feininger, Josef Albers & Marcel Breuer - who designed the Met-Whitney building! 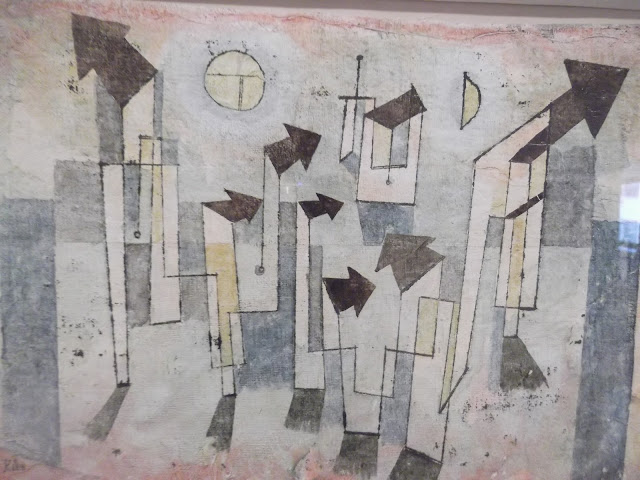 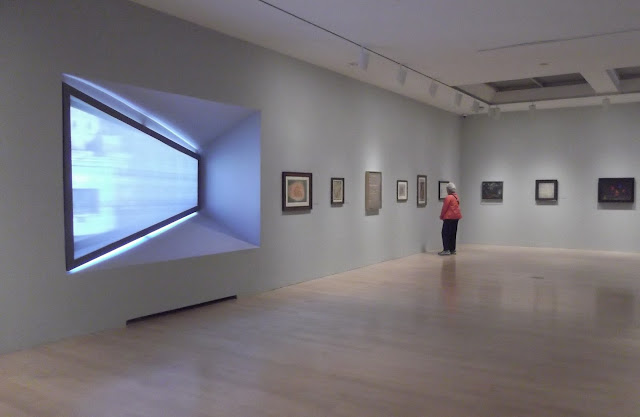 They were paid very little. Without the sale of his paintings Klee & his family would have suffered badly. He spent little on himself; never owned a car or a radio. But he was an outstanding cook! 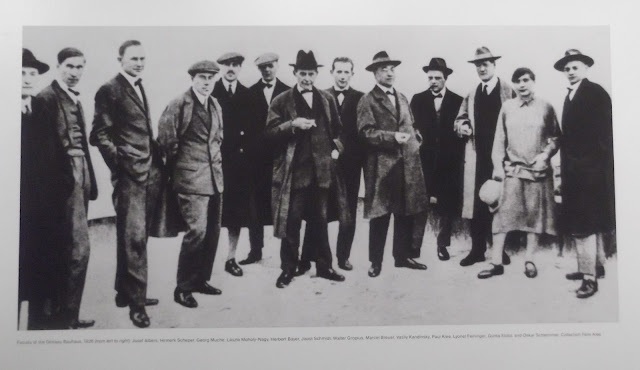 The exhibition starts with a fine detailed drawing of Bern (where he was born in 1879) done when he was 13. 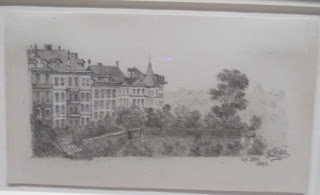 His path to abstraction includes tiny gem-like watercolours. A visit to Tunisia in 1914 had a big effect lifting his colour. 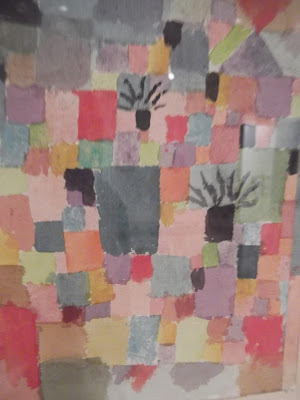 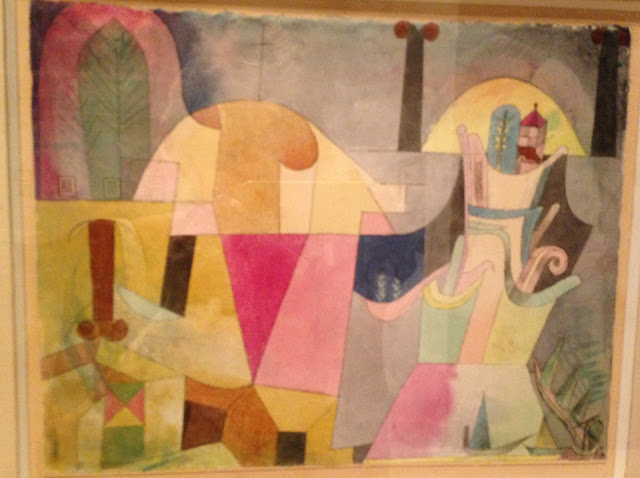 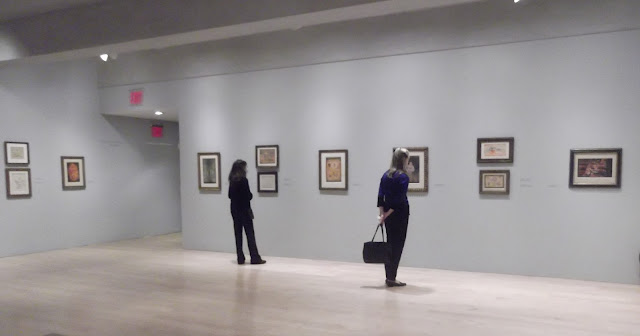 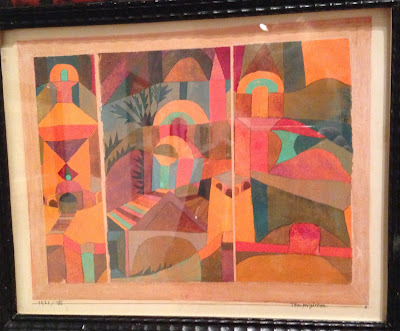 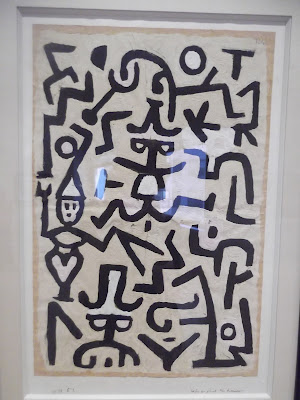 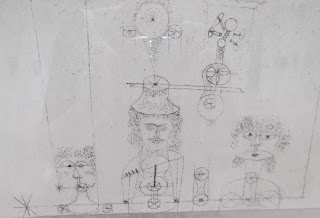 Klee had a wry irreverence, poking fun at anything from tom cats to Adam & Eve, 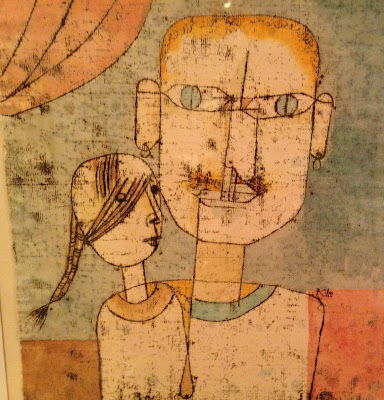 or a Girl Only Band to musical instruments. 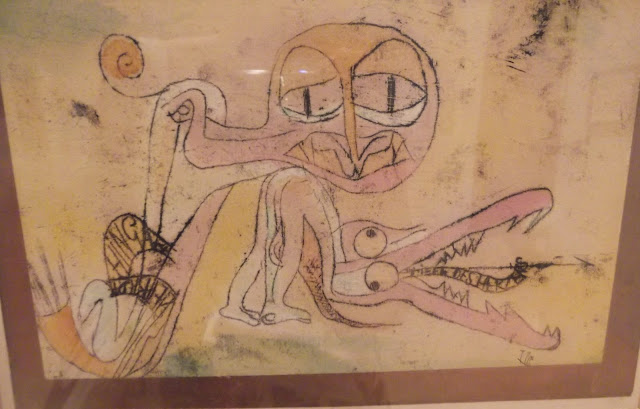 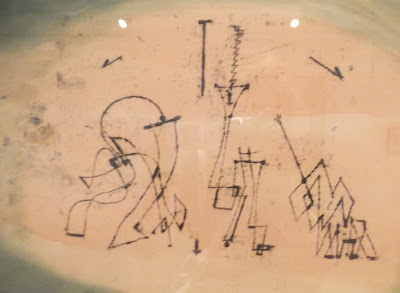 ARBUS made most of her photographs in New York City, where she lived & died. Her favourite locations were Times Square, the Lower East Side, Central Park & Coney Island. The 100 photos here have rarely or never been shown. 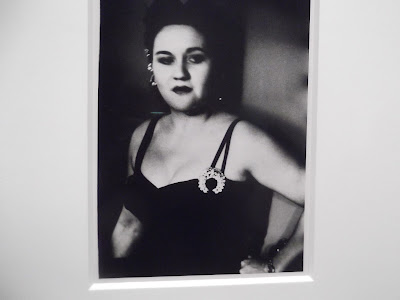 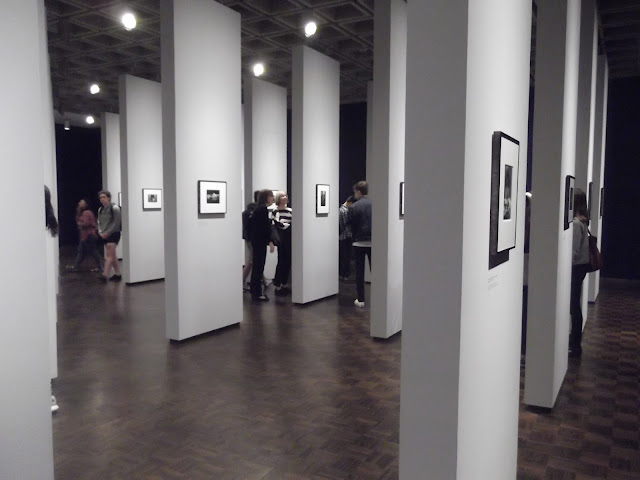 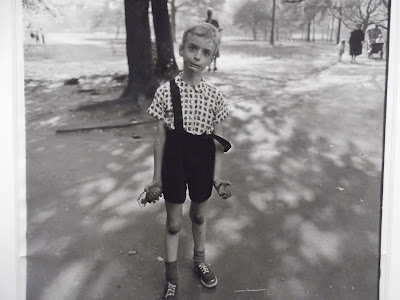 Look at his hands - not such an innocent. 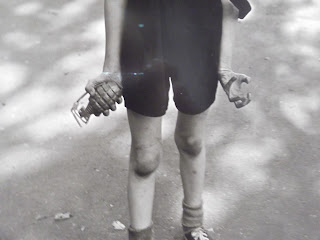 The hats and costumes present a nostalgic, somehow romantic  note, 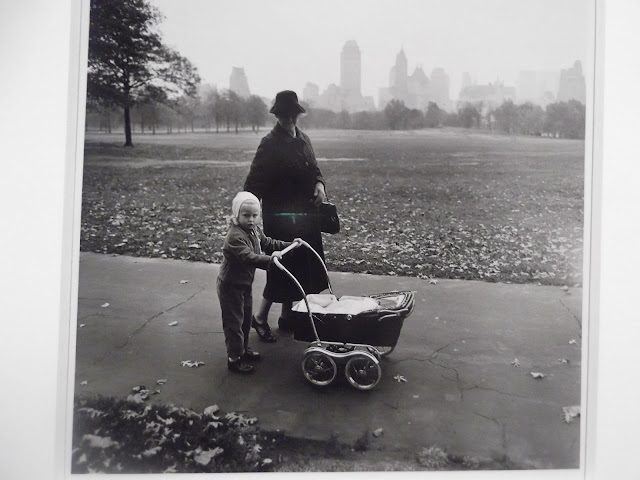 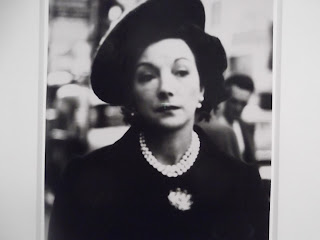 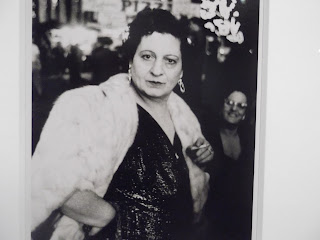 But already Arbus often choses the sad, the old, ugly or infirm, a characteristic that was to increase with the years. 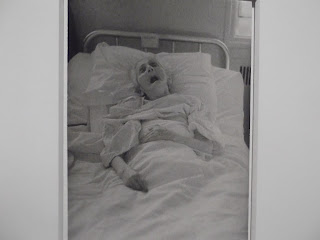 And as DAVID EUSTACE says, " B+W can, and does, often disguise a bland image and gives it ironically a life thru a process (and dare I say it..mystery) that in all reality it would rarely merit a second glance in terms of aesthetic, voice, comment or subject matter. It was once a method for an artist to have complete control over an image from concept to exhibition print. Though In terms of content it's of course very forgiving." 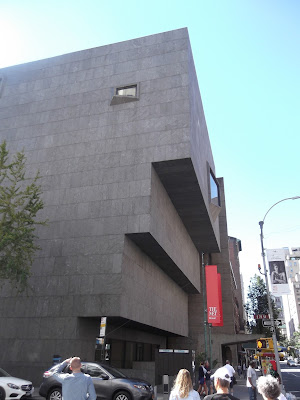