Superstar MARINA ABRAMOVIC moves around the world but her bases are now NYC & Hudson in upstate NY. 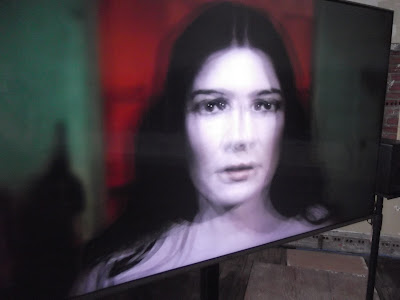 When she bought a huge, 33,000 square foot,1929 former theatre/ex tennis court/antique store building in Hudson 6 years ago for her MAI Institute, we all expected great things from her plan for a mega conversion into an interdisciplinary performance centre dedicated to the idea of endurance, of long durational art, music, technology & spirituality.

So far nothing has happened (rumours of asbestos?) but despite these holdups, she has already made 1 piece of work in Basilica, Hudson (in Dec 2013) a 24 hour marathon reading of the fantasy tale, The City of Dreaming Books.


Now she has another. 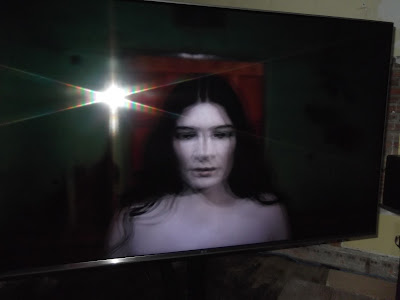 'Immersive' is the current word, but this event really IS immersive, due to memorable & very effective electronic music by Thomas Bartlett plus vocals from Svetlana Spajic. 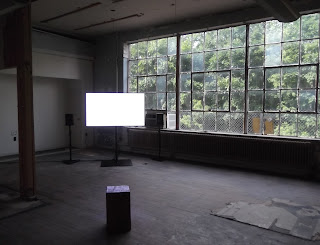 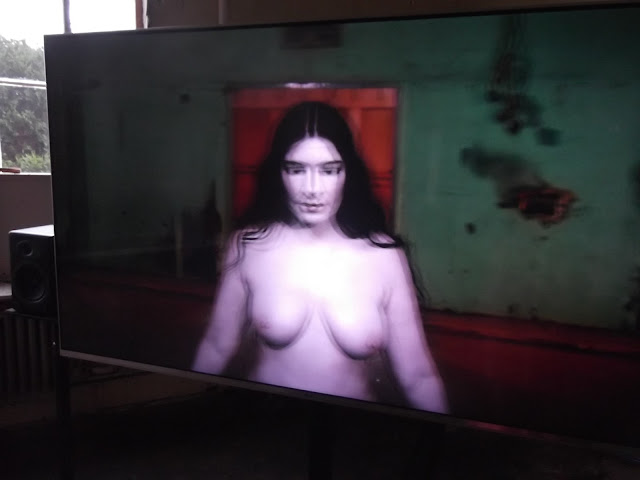 It was filmed in one take (but with the assistance of 50 folk according to the program credits) inside Abramovic's raw MAI Institute building in its vast crumbling central space. 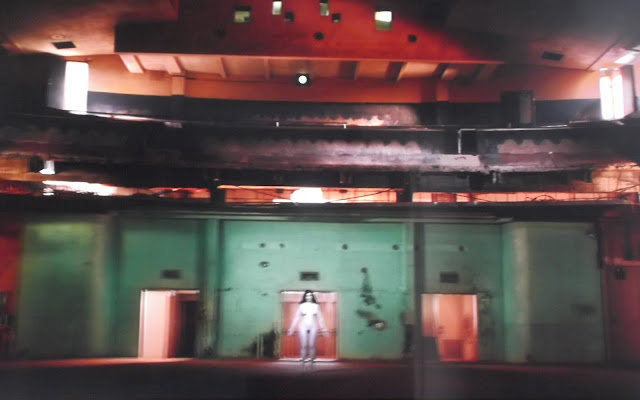 She stands - nude & perfectly still - centre stage while the camera zooms, but slowly, gently, towards her. 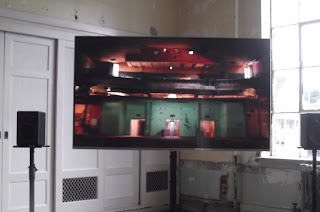 The film is the first in a series of 3D video portraits planned by Placek in an effort to immortalise "his subjects' past, present & future in a single composition. 3D cinematography enhances the intimacy of these 10 minute vignettes."
It is an affectionate portrait, with Marina looking her best: beautiful, amazingly youthful (she is now 66) & serene. 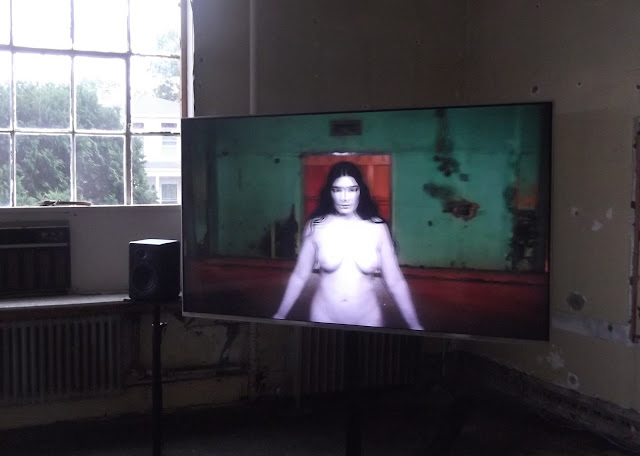 This immersive installation occupies the entire ground floor of the rambling building & the film is shown in 4 individual rooms so that each visitor experiences the stereoscopic screening of the work alone.    It works well. 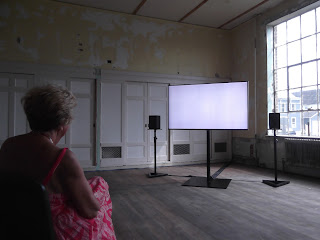 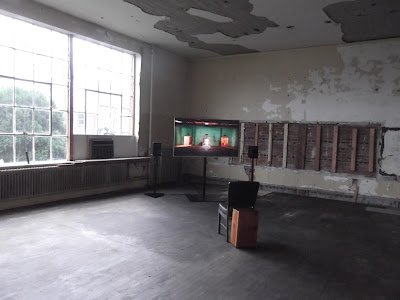 Abramovic has always used her naked body as a key part of her art so this is an appropriate image for her. As recently as 2002 she spent an entire 3 weeks nude on stage at the Sean Kelly Gallery in House with the Ocean View.
I will be interested to see Placek's other portraits.

The film is shown in yet another newish cultural Hudson space, this time a 1924 school building, now the Second Ward Foundation of collectors Steven Johnson & Walter Sudol. Their collection which began in the 1980s, includes video art, and they plan an education aspect, artists studios plus art gallery. Very exciting for Hudson! 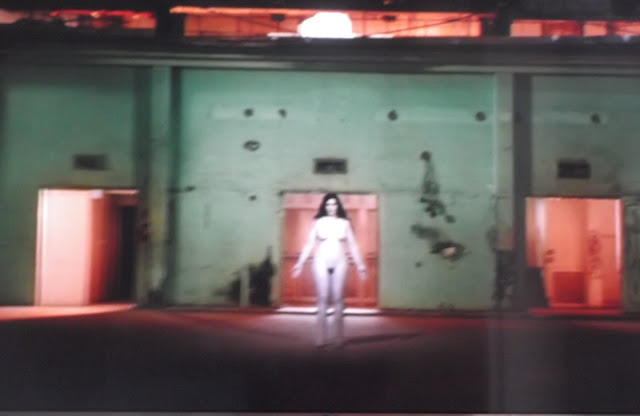