The largest of these is 40 ft across & 20 ft tall. From the side its rib-like construction appears as a thin arched line. But head on the massive layered roof reveals its architectonic depth - giving the impression of an active flying structure. 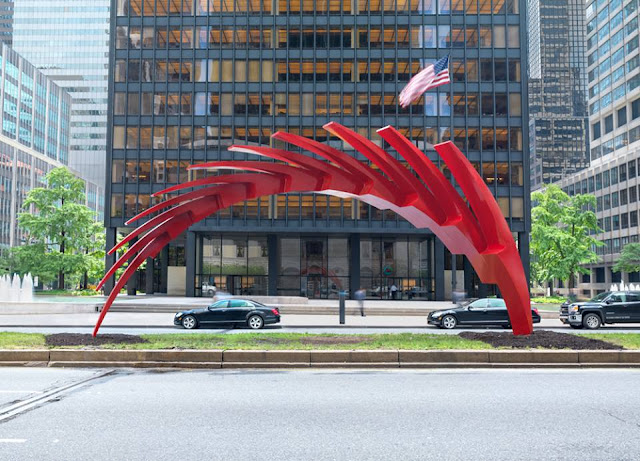 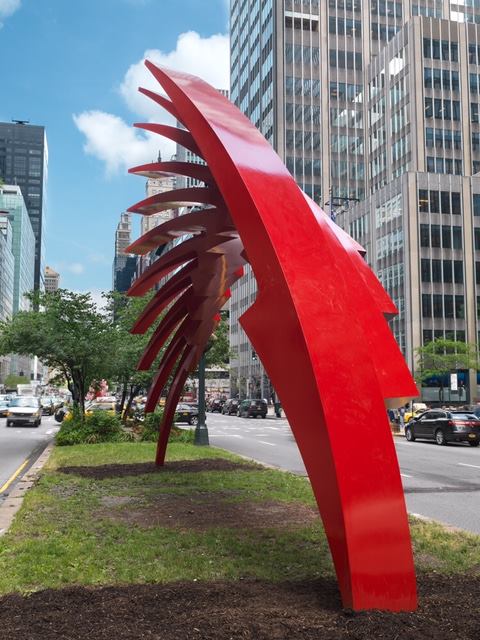 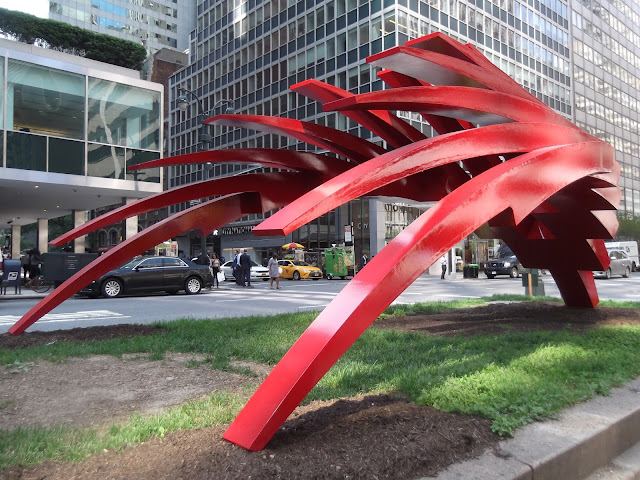 But as he points out, everything else at the World Trade Center site has also over-run dramatically. 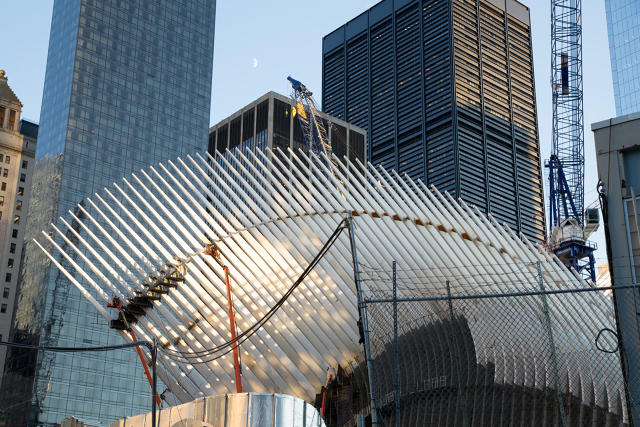 Calatrava's refusal to compromise on the aesthetics of anything he is involved with often causes problems, but the results are so often thrillingly beautiful, absolutely gorgeous, breathtaking and pure.  Even glimpsed on a drive past, the famous white wings are startling; arresting. 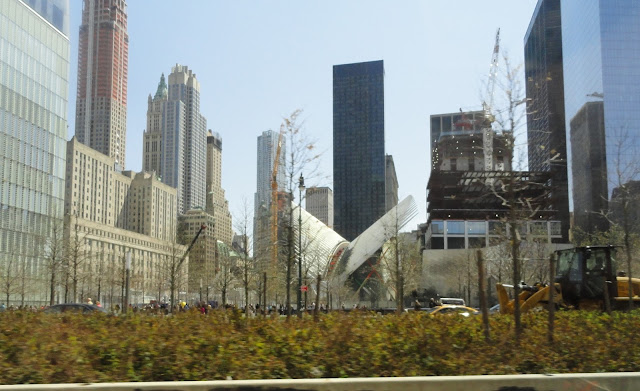 drive-by of Transit Hub from my taxi in April. 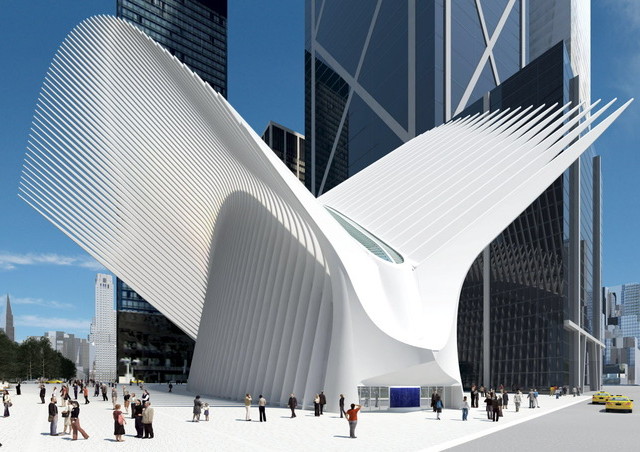 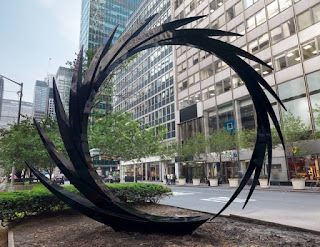 Park Avenue
The World Trade Center’s new West Concours is, the first piece of the Transportation Hub to be open to the public, They tell me it’s absolutely gorgeous, a WOW factor again -  created by Calatrava’s aesthetic virtuosity, something that overall is mostly missing elsewhere on the big World Trade Center site where practicalities have largely trumped elegance. 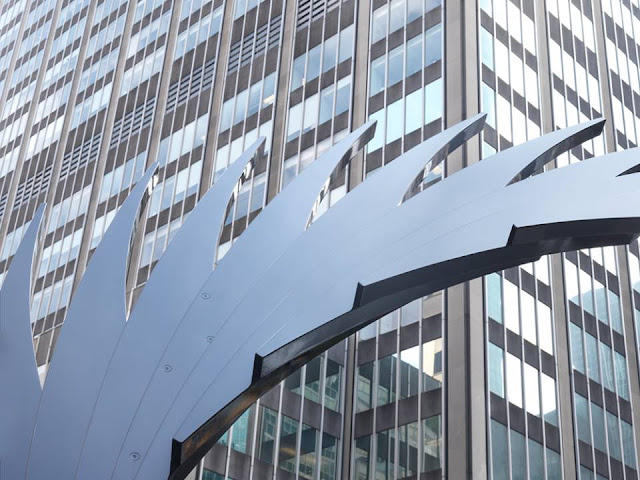 As Calatrava also points out he has already designed several stations - in Belgium & in Italy. "And they always take 9 or 10 years. It's a slow process." 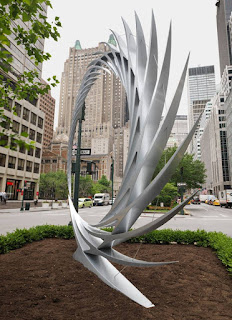 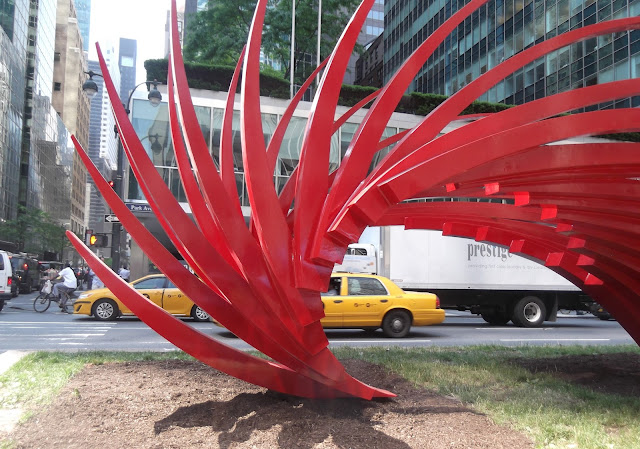 Calatrava’s intention is for these Park Avenue sculptures to “simply grow from the ground. Within each sculpture, an internal logic of autonomy delivers lyrical forms and implies a sense of elevation and spiritual uplifting.” 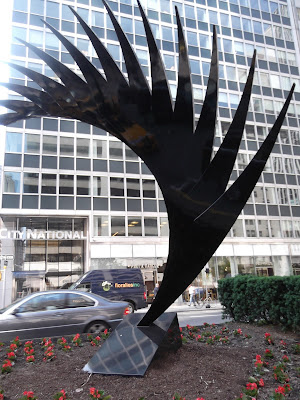 Photos by D Lanzone & C Henry
Calatrava builds basswood models to evaluate the aesthetic & structural characteristics of each work before moving on to a full-scale metal sculpture. 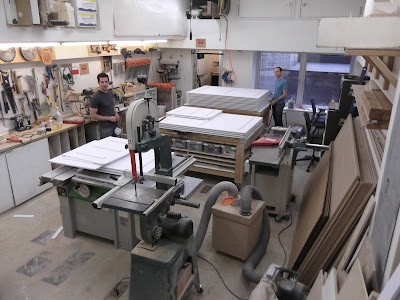 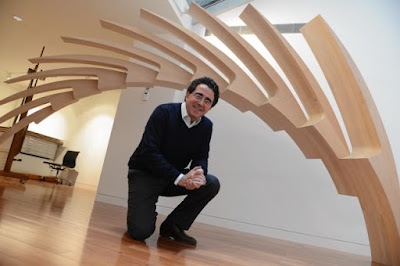 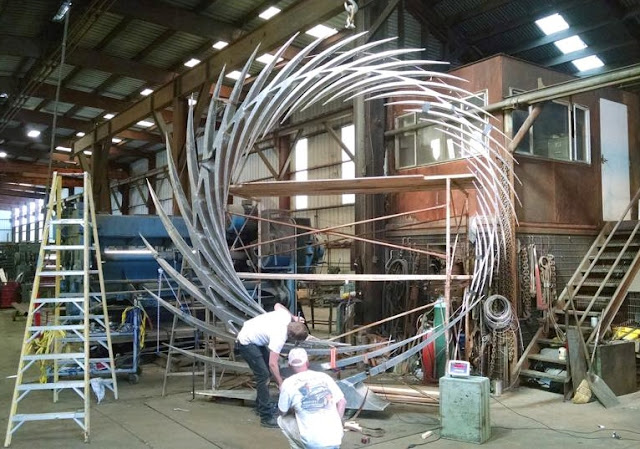 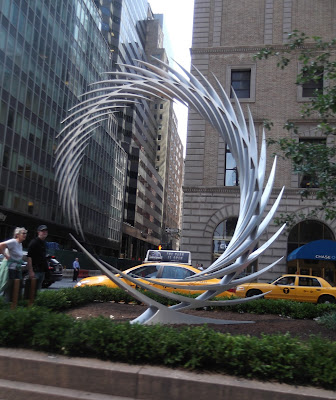 Park Avenue installation
The process of MAKING these huge pieces is complex. The most difficult are the silver pieces because they rely on invisible cables back & front as each element rests or floats on the next one. Technically a nightmare, they were calibrated & constructed in California by Philip Stewart of Pinwheel.

The red pieces - one weighing 700,300 lbs! - are biggest. They were fabricated by Steve Bickley of Cleveland Ohio, who can tackle big heavy stuff like bridges. 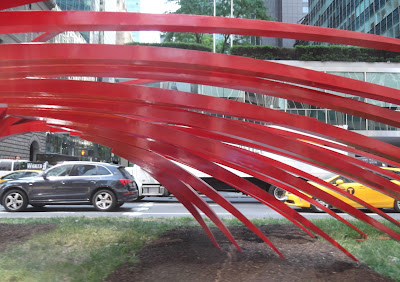 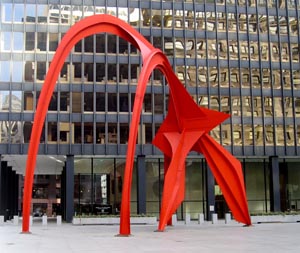 Last come the black sculptures made by Peter Versteeg in Connecticut.
Once made, the installation - at night between 10pm & 6am, as streets have to be closed for cranes - took 2 weeks. All orchestrated by public art expert Dale Lanzone.

Last year Calatrava showed models for the Park Avenue sculptures at Marlborough Gallery, New York. He is a rare combination of artist, architect & engineer and he is keen to redefine the boundaries that normally separate the visual arts, especially sculpture, from architecture & engineering. A  21st century Renaissance man.
His oeuvre includes ceramics, drawings, paintings, sculpture,along with his architecture and engineering projects. It all reflects his fascination with and exploration of the evolutionary structure of the natural world. Like Gaudi, Calatrava vision is focused on organic growth, so that both his architecture & his sculpture stem from natural forms, be they birds, plants, trees, flowers, wings, stems, which lift & spring, always moving out & upwards. The result is invigorating and - dare one say it - spiritually uplifting. 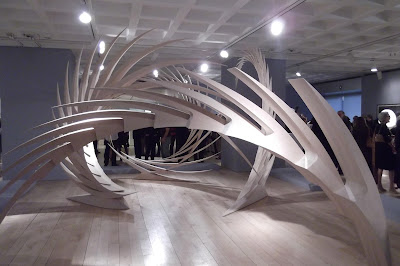 Calatrava actually lives on Park Avenue, in 3 houses, 1 his home, the others his studio /workshop/ office & his sons' apartments. So altho the sculptures are not directly visible from his home, he has plenty of experience of watching Park Avenue traffic day & night, as it whirls around, non-stop, ever moving, fast & slow. Several people see the sculptures as in motion themselves. Certainly they are a particular asset to Midtown Manhattan by day. I have not yet seen them at night. Hopefully they will be floodlit! 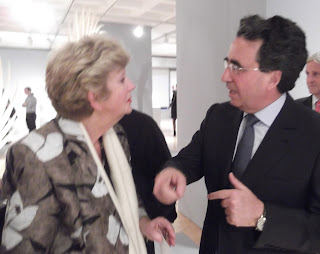 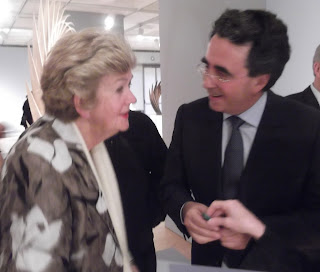 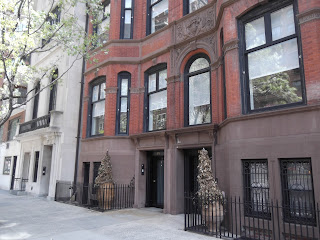 Calatrava’s artwork has been exhibited at The Metropolitan Museum of Art in New York (2005), The State Hermitage Museum in St. Petersburg (2012), & the Vatican Museum in Rome (2013). His work is part of a number of international public collections, including MoMA  in New York. 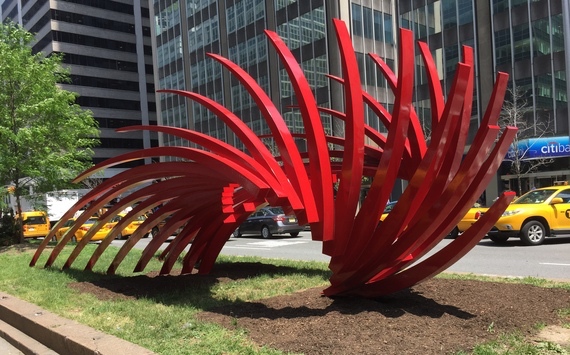