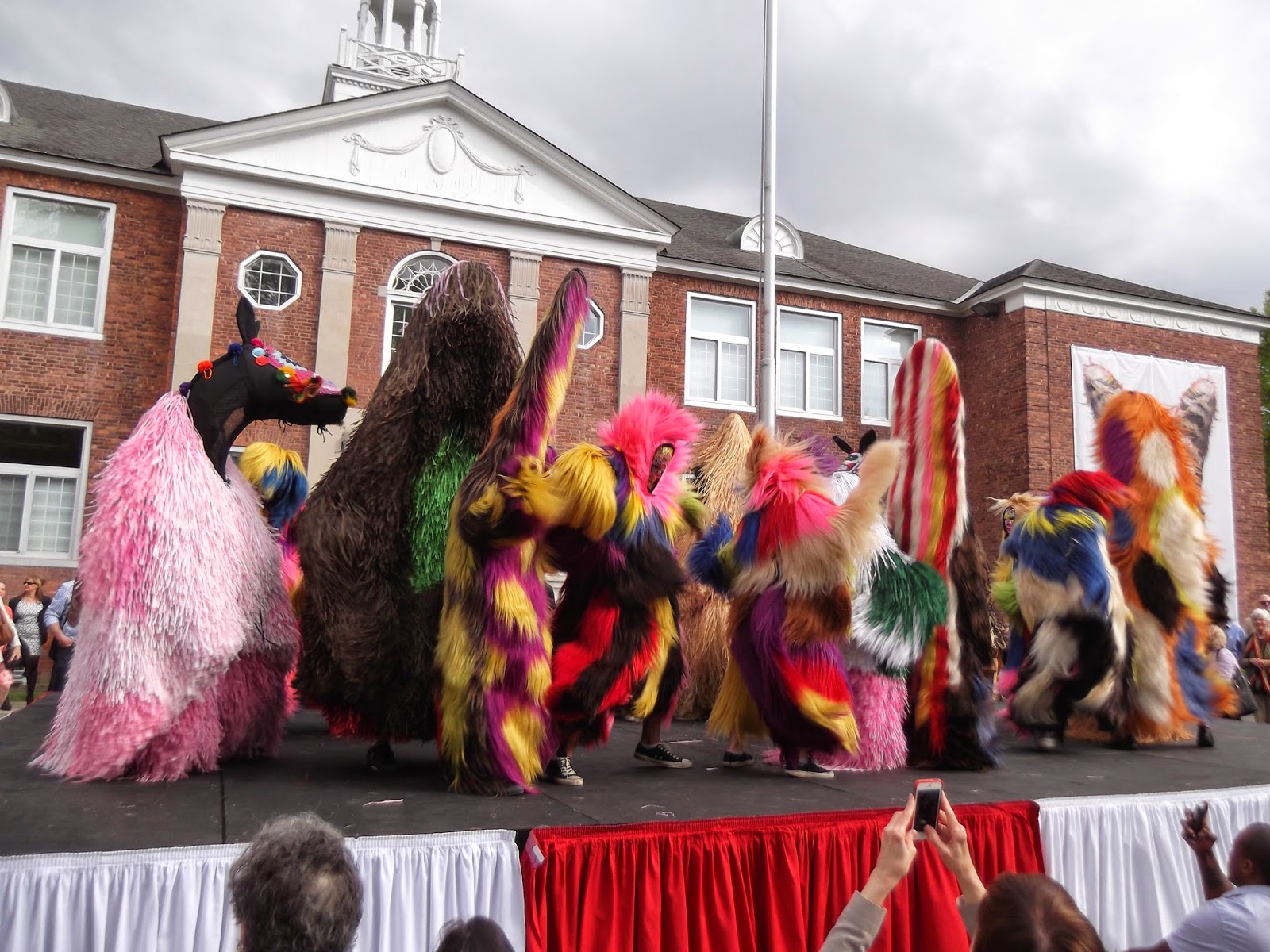 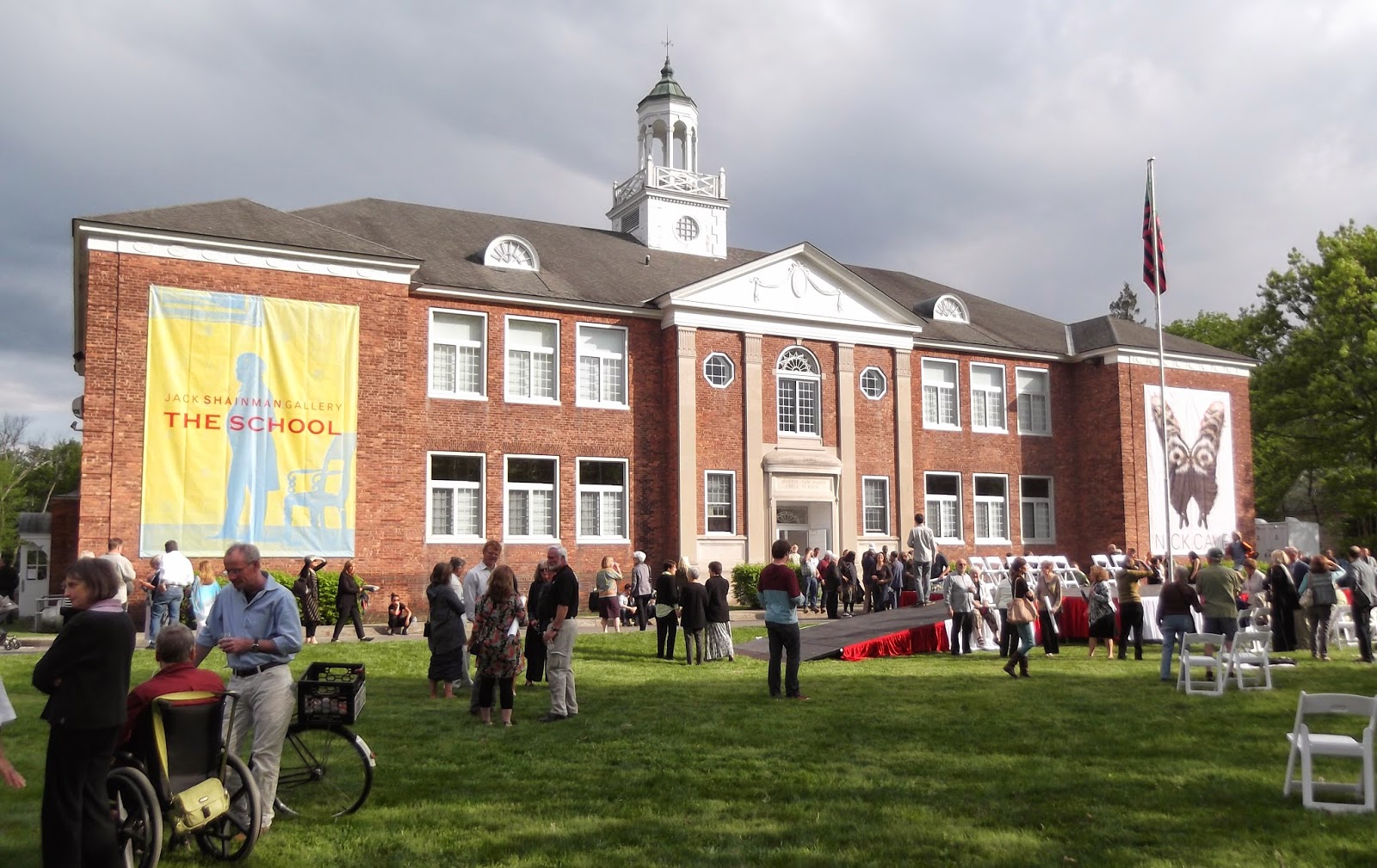 Jack's School
By a fluke 12 years ago I found our perfect house, (1794 with 3 acres and a river) 10 mins from Hudson. I had no idea where I was, had never been to the area before, & fell lucky. The house was meant for us! I was told to avoid Hudson (guns & drugs) which was the case in the 1960s but now the town is an upscale centre for restaurants, galleries & antiques, even a few boutiques. NYC is just 2 hours away by train so is popular with New Yorkers & NY artists. 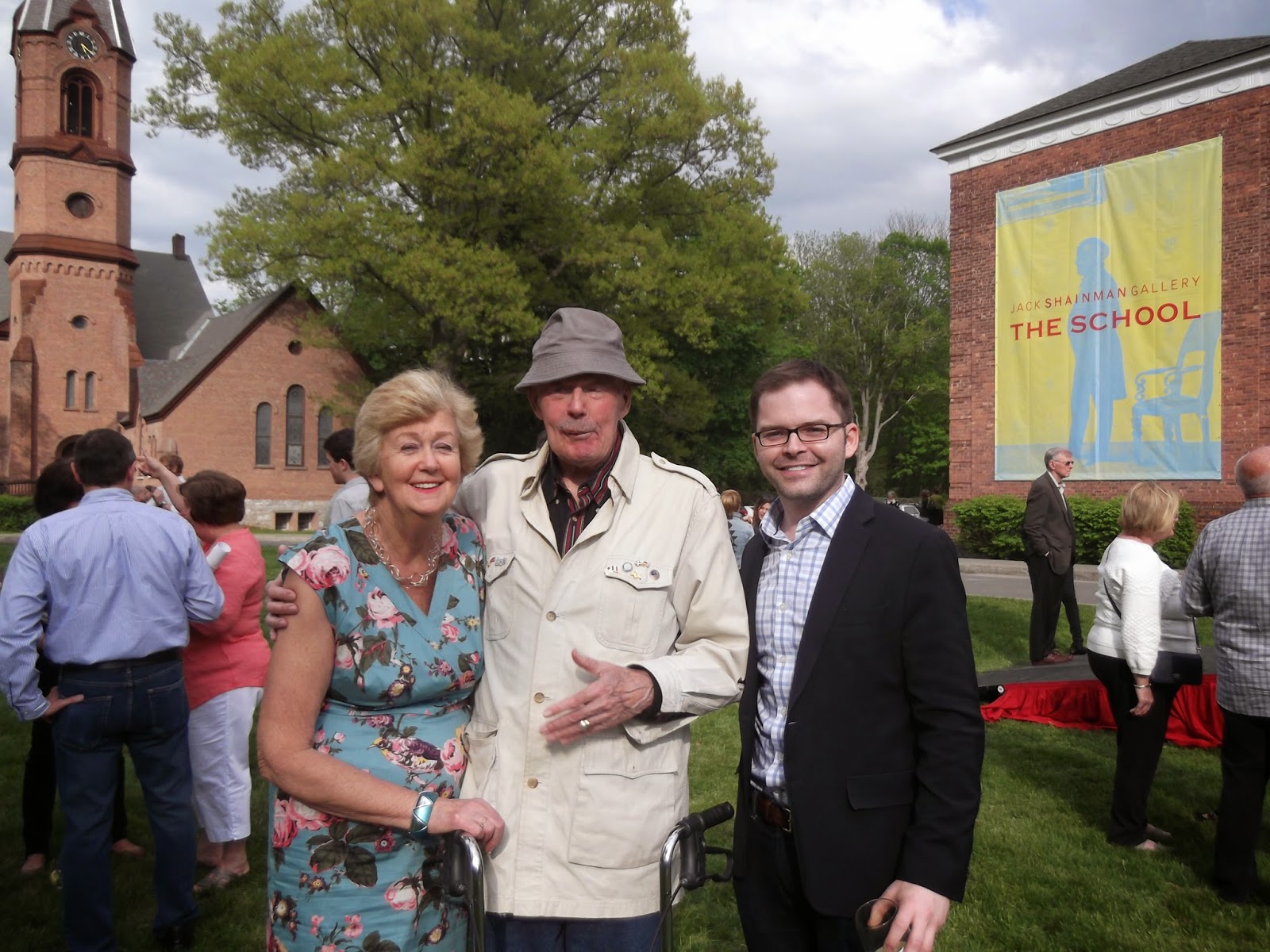 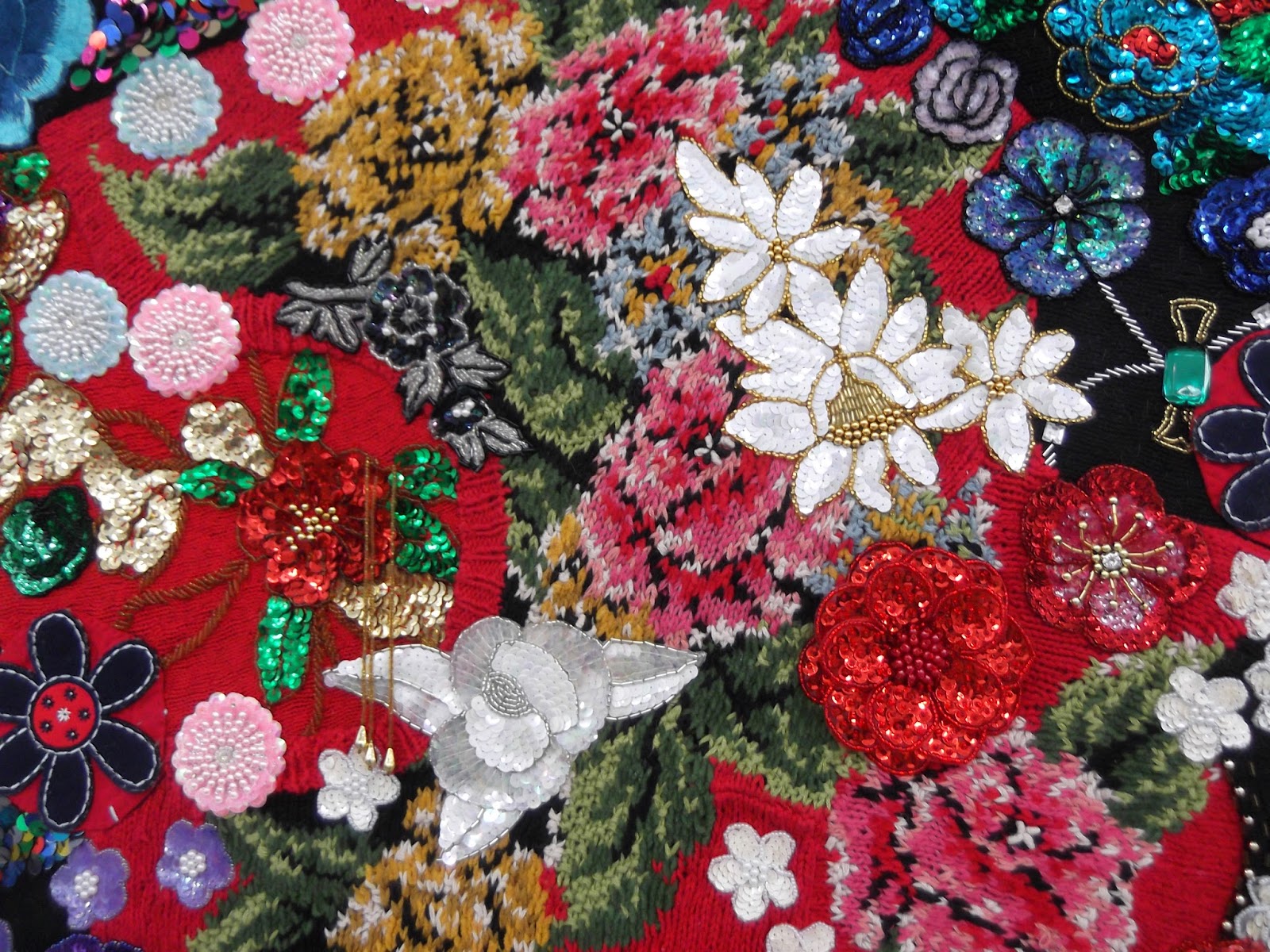 Upstairs a more serious assortment of bricabrac addressed the issue of black slavery & the mindless racist translation into 19th & 20th century ornaments for a white family mantlepiece. Cave who is professor at Chicago Art Institute School & is African American, is better placed than most to comment. 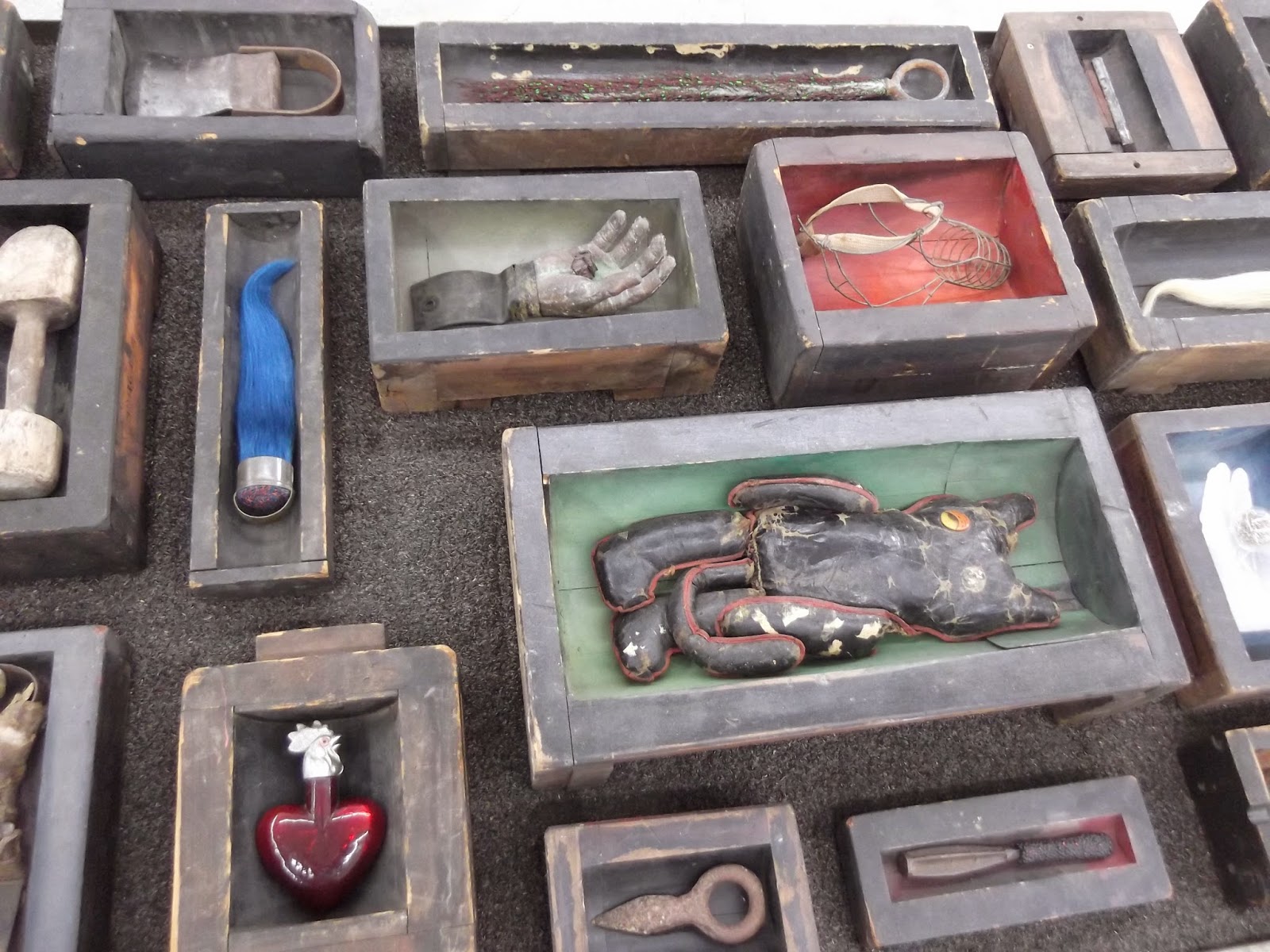 The event continued onto the stage outside with wild tribal dancers all wearing Cave's famous "Sound Suits" cavorting in the shape of horses, vodoo men & monsters. Broadway was left behind! 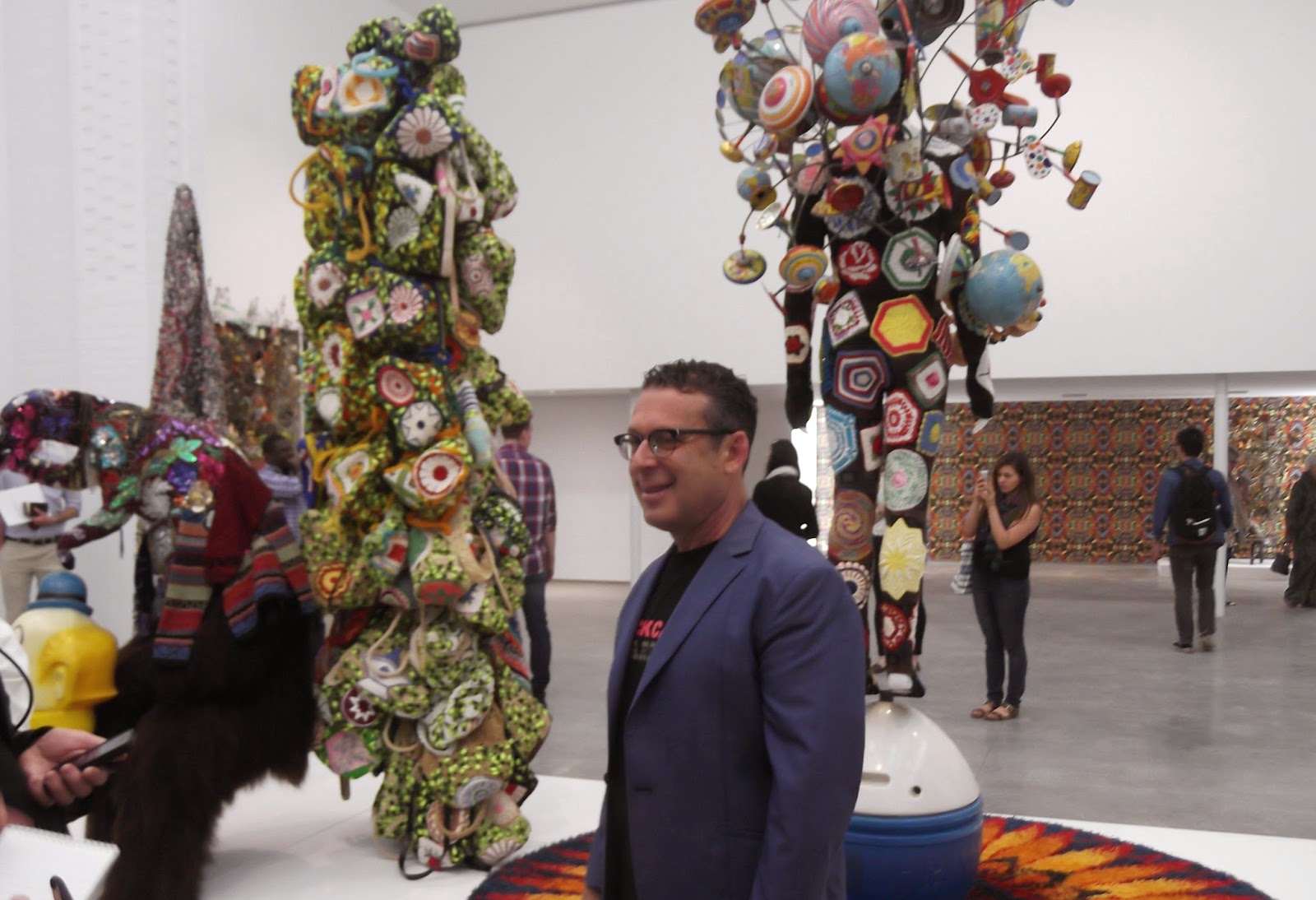 The School will also act as storage & display of the Gallery's many African, India & Latin American artists who work large scale, like El Anatsui whose bottle-cap tapestries are huge. Shainman explains “We have rented space in Bushwick, but  it can take 90 mins to get there in traffic. Here, it's so beautiful, clients won't mind a two-hour trip. 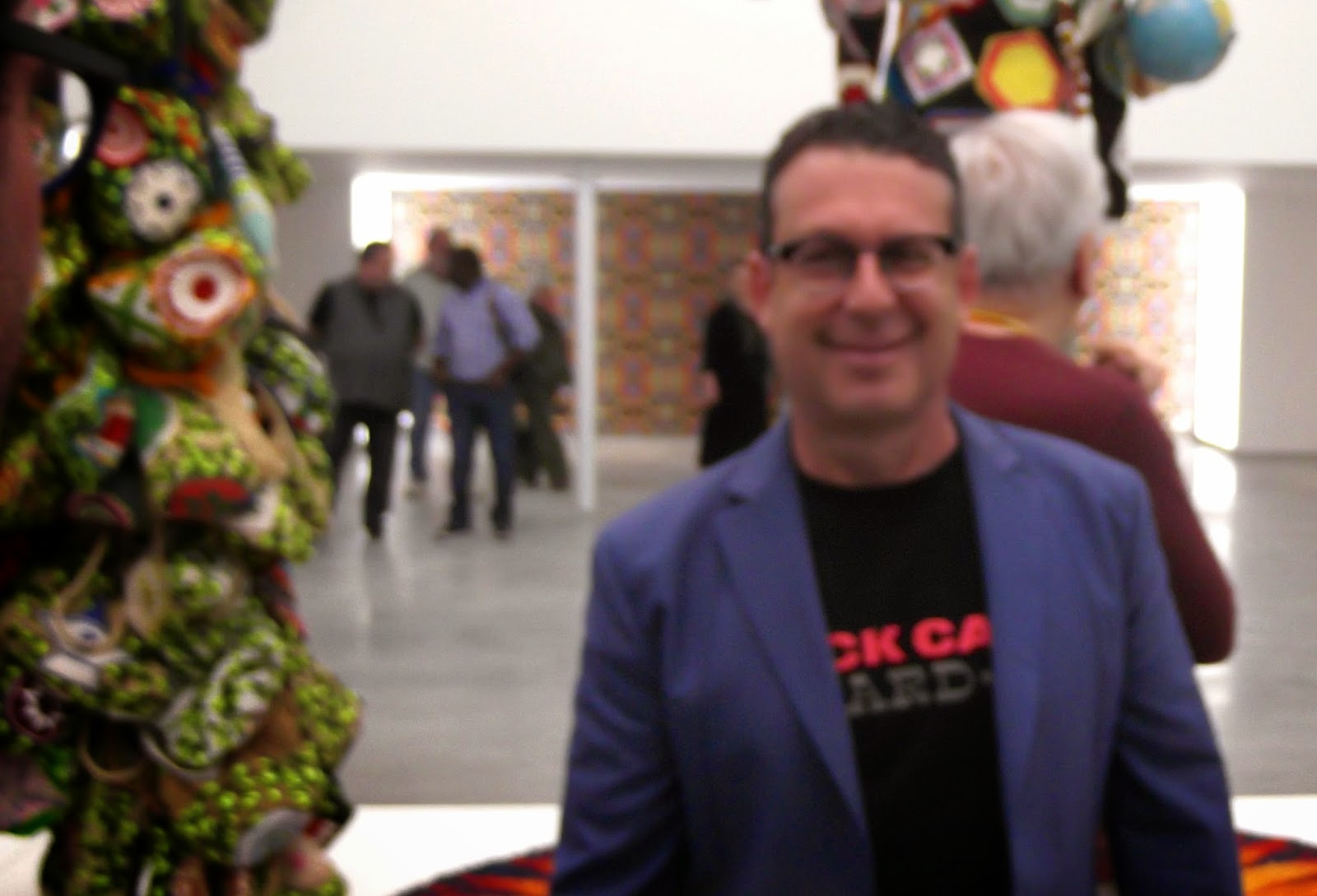 Shainman has a house nearby where he keeps horses & rides dressage. He bought the school for $550,000 but heating bills were massive. So he installed geothermal underfloor heating - a triumph, he says. Locals who worked on the project came on Saturday, along with many former students & parents - who loved its transformation. A happy event all round. 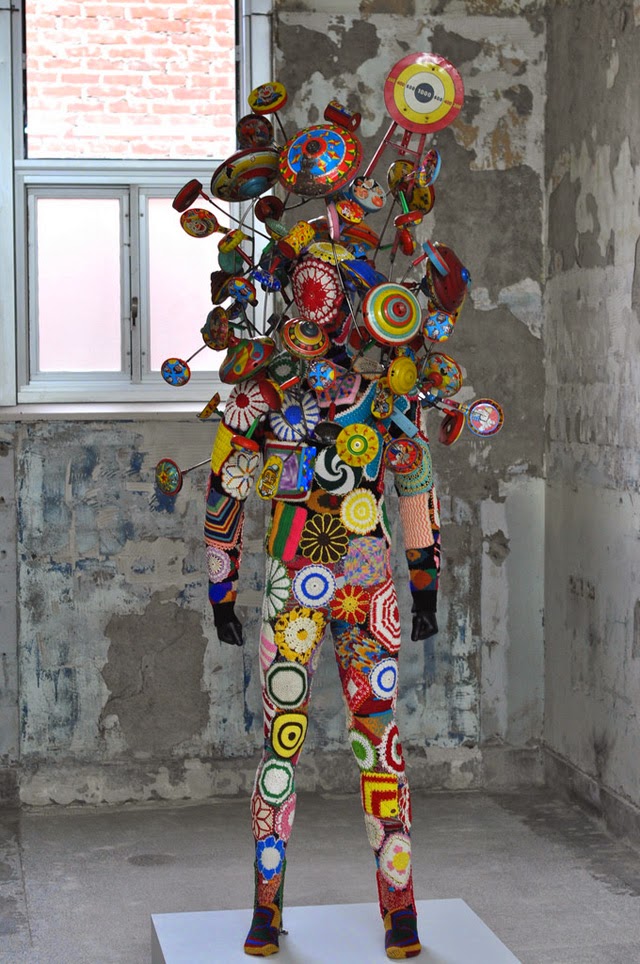 This area is rich in cultural institutions, including Mass MoCA, The Clark Art Institute, The Williams College Museum of Art, the Hessel Museum of Art at Bard College, Dia Beacon, Storm King, Hudson River School painter Frederic Church’s Olana estate, + of course Abramović in Hudson. Shainman will only add to this! www.jackshainman.com 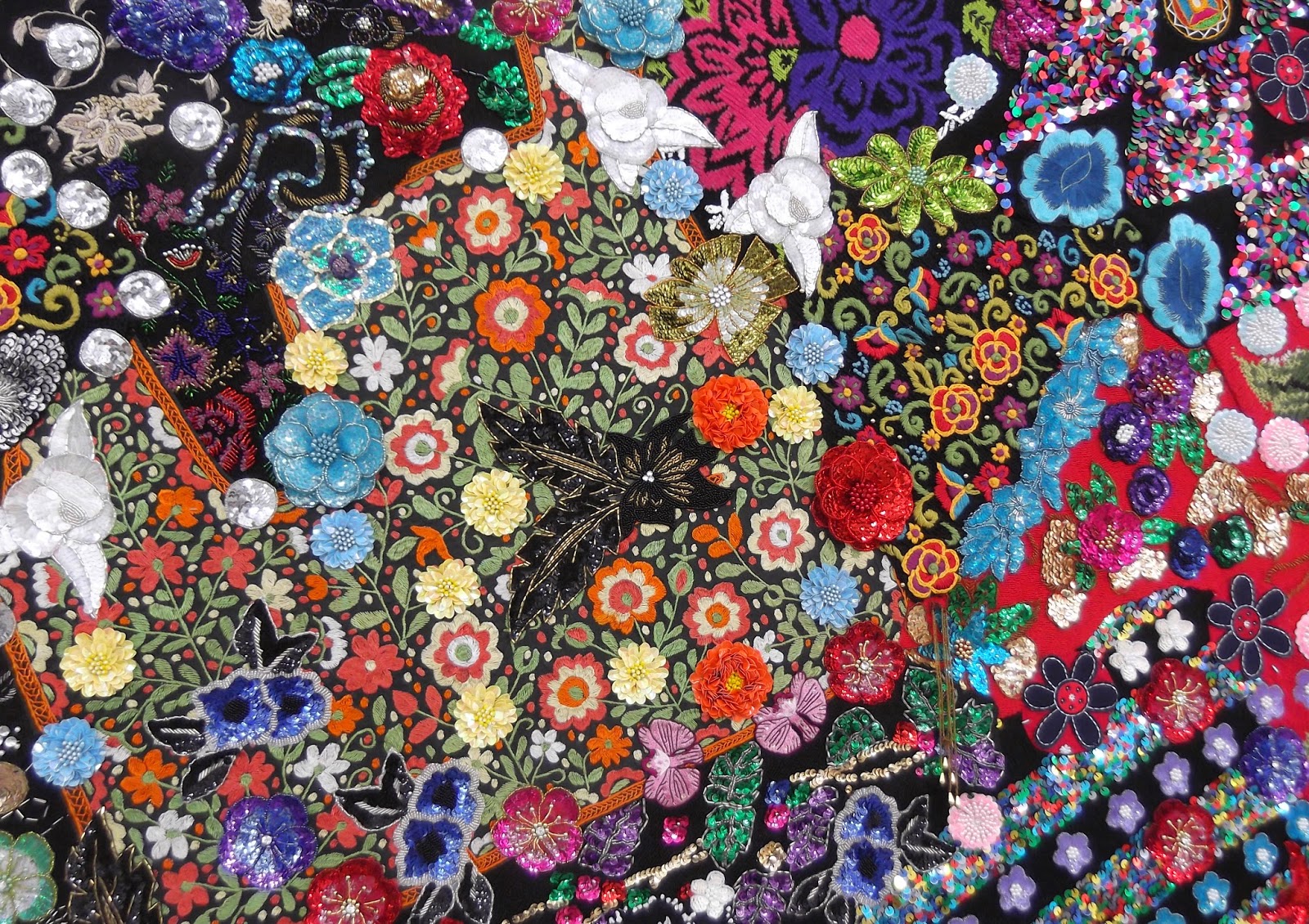 Nick Cave
Nick Cave (born 1959 in central Missouri, USA) is an American fabric sculptor, dancer, & performance artist. He is best known for his Soundsuits: wearable fabric sculptures that are bright, whimsical & other-worldly. He also trained as a dancer with Alvin Ailey. He resides in Chicago & is director of the graduate fashion program at School of the Art Institute of Chicago