BANKSY GO HOME is the latest!  Painted on a wall by a Brookly artist. Today Tuesday, Oct 22, both the NY Post & Daily News carry Banksy stories - no longer front page but still half a page. He has so far made 21 wall spray graffiti pix - the latest in the Bronx. Recent wall owners, aware how valuable their walls now r are guarding/covering with plexiglass/roll-down gate!!

When will it stop? Monday 21st New Yorkers are defending Banksy's work and objecting to Parks Dept officials sanding off the images. The Twin Towers pix on Brooklyn Heights even required caustic chemicals. "Why r they taking it away. It's so perfect, a beautiful tribute" said one resident. The latest is under The High Line in Chelsea. "Awesome" was the comment.

Last week Banksy was front page NY Post. Day before  NYTimes editorial. Now the NYPD's vandal squad are hunting for Banksy to charge him with vandalism!  So far 16 installations  - called instalments by the Post. Latest is a giant size clown outside various McDonalds at lunch time - so far see in the Bronx. "Does this (McDonald) hero have feet of clay?" he asks on his website.

Only Banksy could make the New York Times editorial! I have never seen Rembrandt, Monet or Vermeer given a mention.  The US government is in shut down, but today there is no comment on that - just on Banksy. The NYT tells us that a red-heart balloon speckled with adhesive bandages appeared on a wall in Red Hook and another stencil in Brooklyn. But the NYT is behind the times. 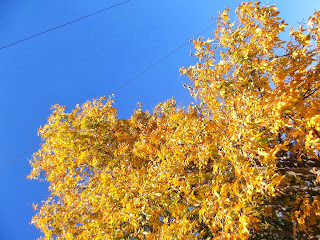 What the NYT missed was in Tuesday's NY Post. Over the weekend Banksy arranged a $60 each display of for sale small paintings on a pavement stand outside Central Park. The deal of a life time and very few sold. (Auction price 40,000)  Most folk just walked on by.
Banksy's website tells us it was a once only affair.
Wednesday nite on CBS TV Mayor Bloomberg also commented on Banksy - He was in favour of art but said he didn't approve of the Banksy locations - as it was "defacing public property!" Banksy's here for a month - and only 2 weeks gone so far. How will it all end???